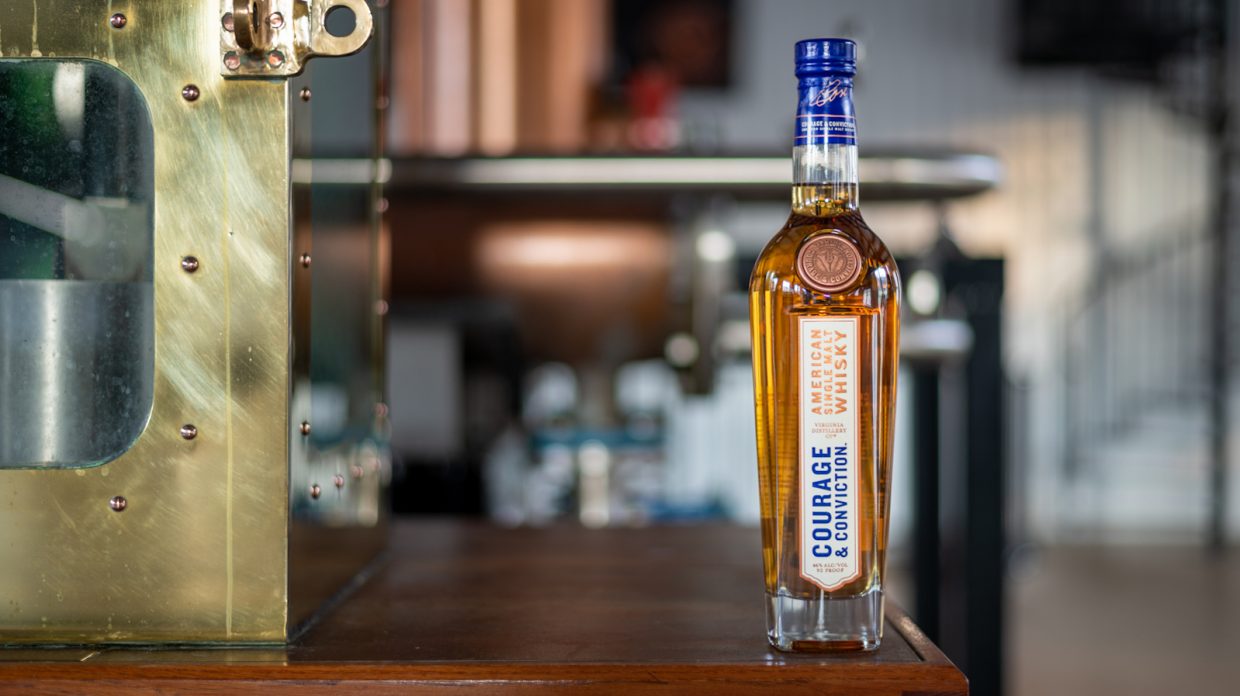 Lockdowns and shelter-in-place orders continue throughout the world, impacting even whisky distillers and blenders, but since most of them are well-stocked with top-quality bottles, they’re drinking quite well. So are whisky clubs, who are so intent on gathering—virtually—to enjoy camaraderie and great drams that several are increasing the frequency of their meetings. Many folks are enjoying cocktails at home as well, often thanks to DIY cocktail kits from both local bars and online delivery services.

And even in this time, new whiskies are rolling out. The long-anticipated debut of Virginia Distillery Co.’s fully house-made single malt has arrived. Courage & Conviction hits shelves this month, priced at $75. The first batch of 9,600 bottles is named for the late company founder, George G. Moore.

Chicken Cock has a new straight rye, made at Bardstown Bourbon Co. The whiskey is rolling out widely, priced at $70. 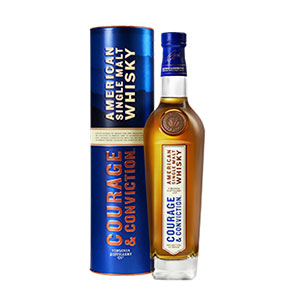 After years of waiting for it to mature, Virginia Distillery Co. has bottled its 100% house-made single malt. The whiskey was matured in three cask types: 21 ex-bourbon, six sherry (two fino, two oloroso, and two Pedro Ximénez), and 10 “cuvée,” the distillery’s term for STR (shaved, toasted, recharred) wine casks. The casks were dumped at different ages, but all of the liquid is at least three years old. The final ratio is roughly 50% ex-bourbon, 25% sherry, and 25% cuvée.

The name of this initial batch, George G. Moore, commemorates Virginia Distillery Co.’s founder, who passed away before he could see the realization of his dream to make single malt whiskey. His son, Gareth Moore, and other family members have carried it through to fruition.

Full details on this batch of Courage & Conviction can be found at batch.info—and I do mean full. Virginia Distillery Co. has provided more data and information than I’ve ever seen from a distillery, and if there’s something you want to know that isn’t on the site, I bet they’d tell you. Most whiskey drinkers aren’t going to care about the on and off times for steam heating up the stills, but if you do, that data is openly available. 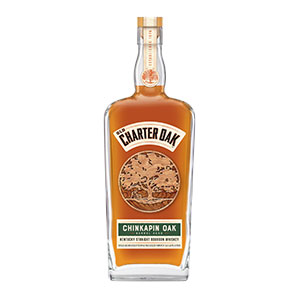 The fourth release in Buffalo Trace’s Old Charter Oak line, this straight bourbon—made with the distillery’s mashbill #1, estimated to be quite low-rye—was aged in barrels made from chinkapin oak. The staves were air-dried for 24 months and charred less than usual for the distillery, about 35 seconds versus 55.

Old Charter Oak’s previous releases included bourbons aged in Mongolian, French, and Canadian oak barrels. The bourbons are the result of Buffalo Trace’s experiments with maturation and are thus available in varying limited amounts, although the distillery doesn’t give specifics. 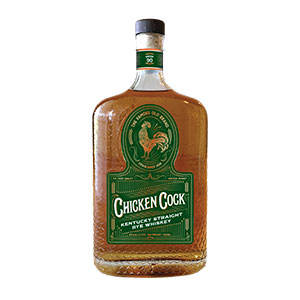 Made at Bardstown Bourbon Co., this straight rye whiskey is aged for at least 2 years. It follows the release of Chicken Cock’s straight bourbon last fall.

Bardstown Bourbon Co. makes its own whiskeys, but most of its production goes to other brands within its collaborative distilling program. That’s the case with this rye and the recently released straight bourbon, which are the first two whiskeys from Chicken Cock that are well-supplied enough to be available nationwide without allocation. 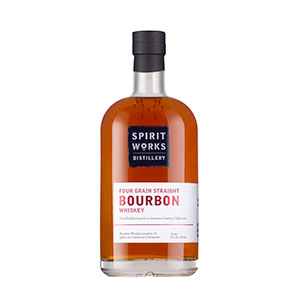 This whiskey is made using Spirit Works’ two bourbon mashbills: both 60% corn, with one featuring 30% wheat and 10% malted barley, and the other 30% rye and 10% malted rye. Put together, the two different styles encompass four grains. The bourbon is aged at least 4 years in 53-gallon barrels.

Located in Sebastopol, California, in the heart of wine country, Spirit Works is one of several distilleries that are starting to make the area known for grain-based drinks in addition to grapes. Spirit Works uses all organic grain, sourcing as much as possible from California farmers, including the corn and wheat used in this bourbon. We liked the bottled in bond rye the distillery released last year, scoring it 88 points.