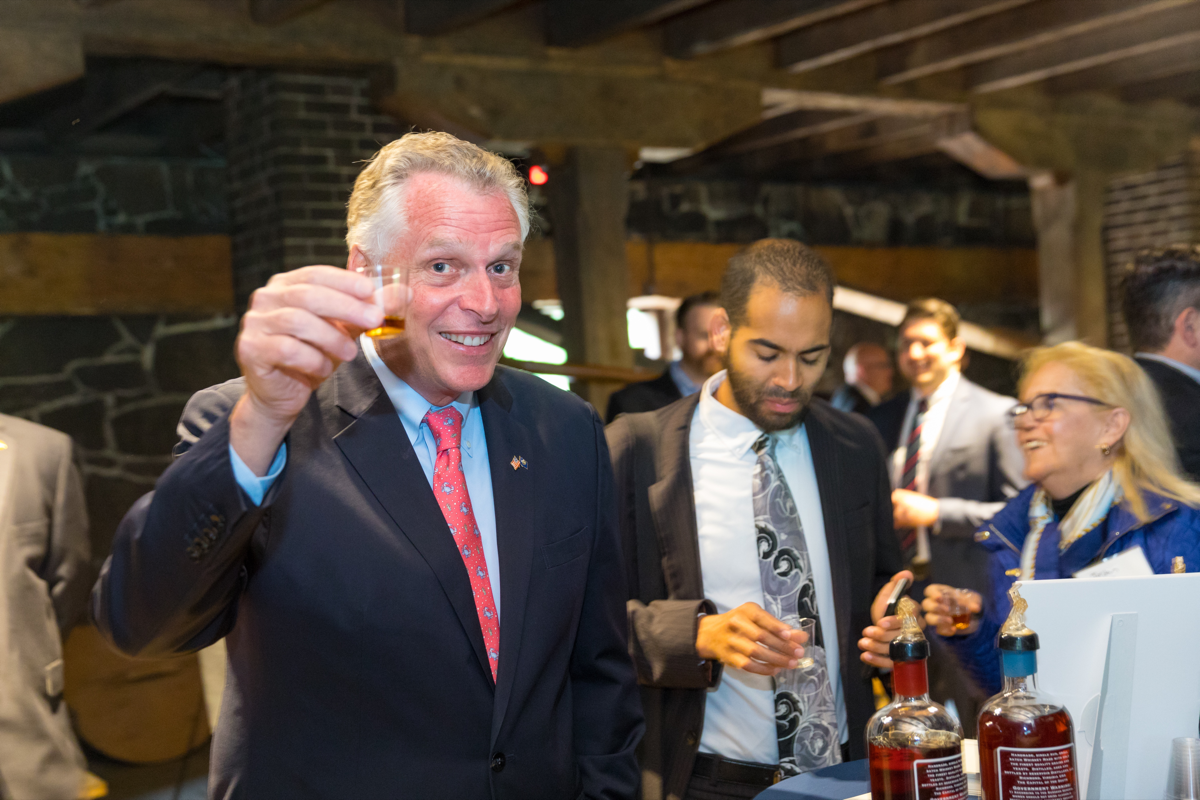 It’s a historical fact you probably didn’t learn in school: in addition to leading the Revolutionary Army to victory over the British and serving as our nation’s first president, George Washington was also a distiller who made rye whiskey. Ten years ago, his distillery at Mount Vernon reopened after extensive restoration, and today you can visit, see the historical distilling process in action, and get a taste of that rye whiskey.

Even better, George Washington’s Rye Whiskey has now been officially named the state spirit of Virginia, thanks to a bill signed on April 23rd by Governor Terry McAuliffe. He also signed a bill that allows Virginia distillers to sell their products at in-state festivals, a move that will make it easier for whiskey lovers to get their hands on locally made products. George Washington’s rye, however, will be hard to find: the distillery makes it in small batches and sells it on-site only.

While many people think of bourbon as the quintessential American whiskey, rye was actually a more widespread style earlier in our nation’s history. Both whiskeys, of course, share many commonalities, differing primarily in which grain—corn or rye—is dominant. Washington’s recipe uses a mash bill of 60% rye, 35% corn, and 5% malted barley.

Alabama also has an official state spirit—Conecuh Ridge Whiskey, aka Clyde May’s. What whiskey would you choose to represent your home state?