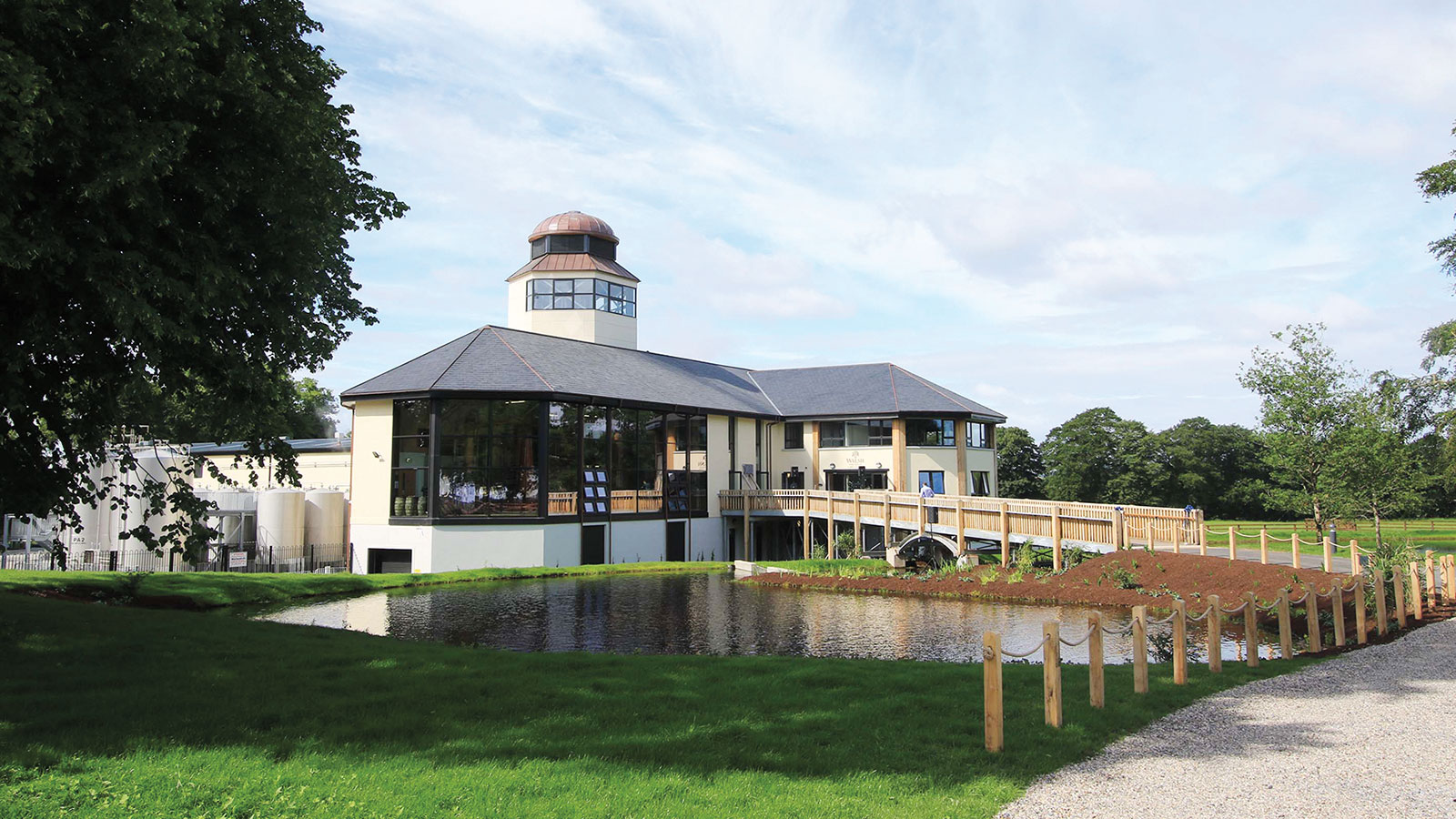 The latest chapter in the story of Ireland’s remarkable whiskey revival was written on June 21, 2016, when husband and wife Bernard and Rosemary Walsh officially opened Walsh distillery on the historic Royal Oak estate, County Carlow. Joining them at the ceremony was Augusto Reina, chief executive of Illva Saronno S.p.A. of Milan, makers of Disaronno and Tia Maria, and 50 percent shareholder in the Walsh distillery.

At total of €25 million is being invested in the distillery and accompanying visitor center. Spirit production had already commenced in March of this year. The plant has the capacity to produce up to 2.5 million liters of alcohol per annum.

According to Bernard Walsh, “This is an Irish first, in that we have the ability to make all three styles of spirit in the one stillhouse. We have a column for grain and pots for malt whiskey, and we will also do campaigns of pot still whiskey [made from both malted and unmalted barley]. It’s very exciting being able to do it all under one roof in the same room.”

Bernard and Rosemary left their native Ireland to work in the IT business in London, but returned home in 1999 and created Hot Irishman, a premixed Irish coffee drink. On the back of its success they diversified into whiskey, launching The Irishman in 2007 and the pot still blend Writers Tears three years later.

Today, the two brands are available in more than 40 countries worldwide. Ultimately the spirit made at Royal Oak will allow for additional sales in the core U.S., Russia, and European markets, as well as giving scope for ambitious plans to expand into Asia. Greater product innovation is also on the agenda.

Bernard says, “After 17 years in business, the opening of our own distillery is both the fulfilment of Rosemary and my own dreams and a game-changing moment for the company. We are now in control of our destiny and have the capacity, variety, and relationships to play our part in the continued revival of Irish whiskey, which is one of this country’s great traditions.”