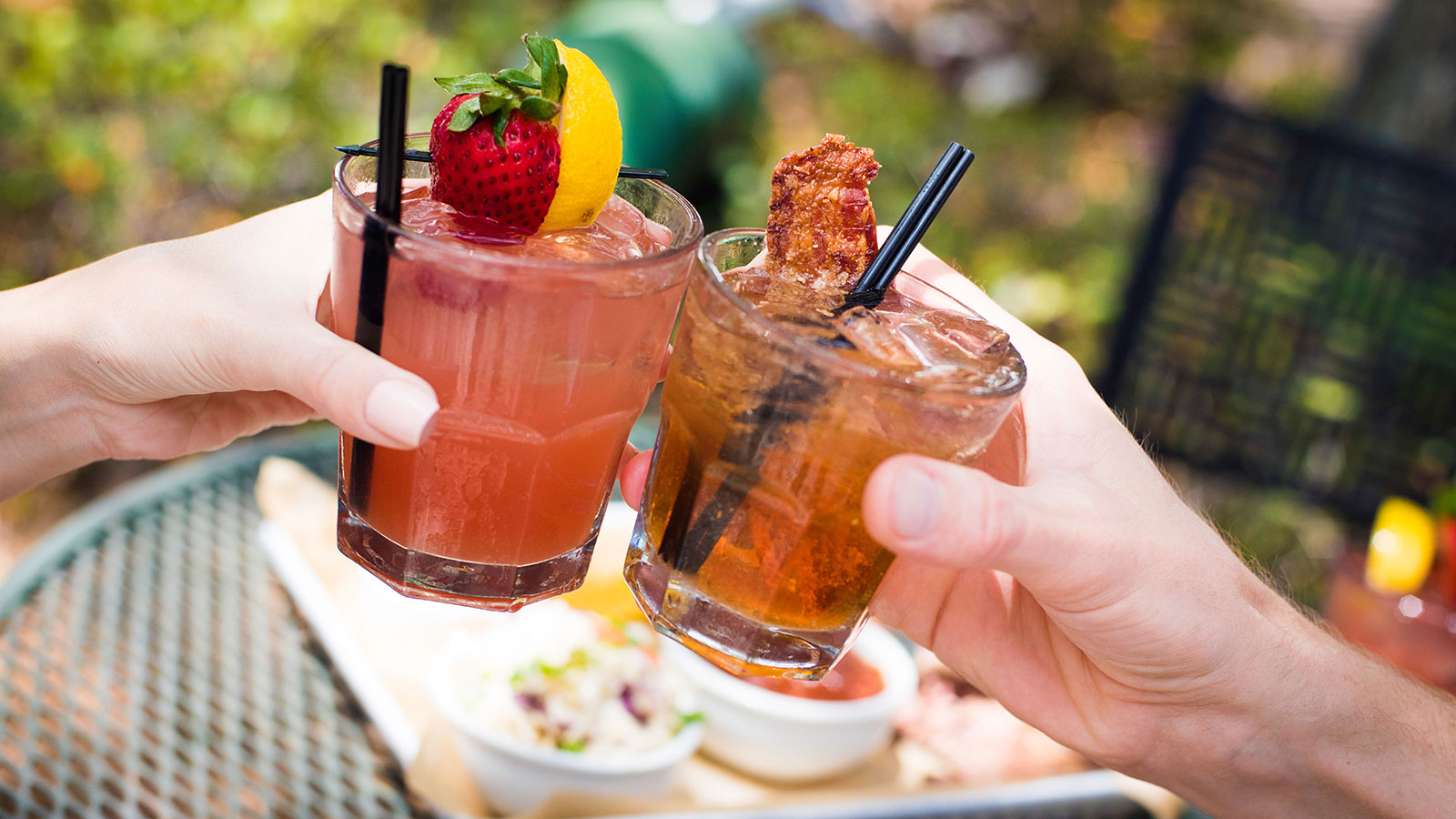 The happiest place on earth just got a little more adult-friendly. Walt Disney World—better known for its Mickey waffles and jumbo pretzels—is catering to thirsty parents with a new whiskey program that includes custom cocktails, regional flights, and a bourbon trail right near the park. 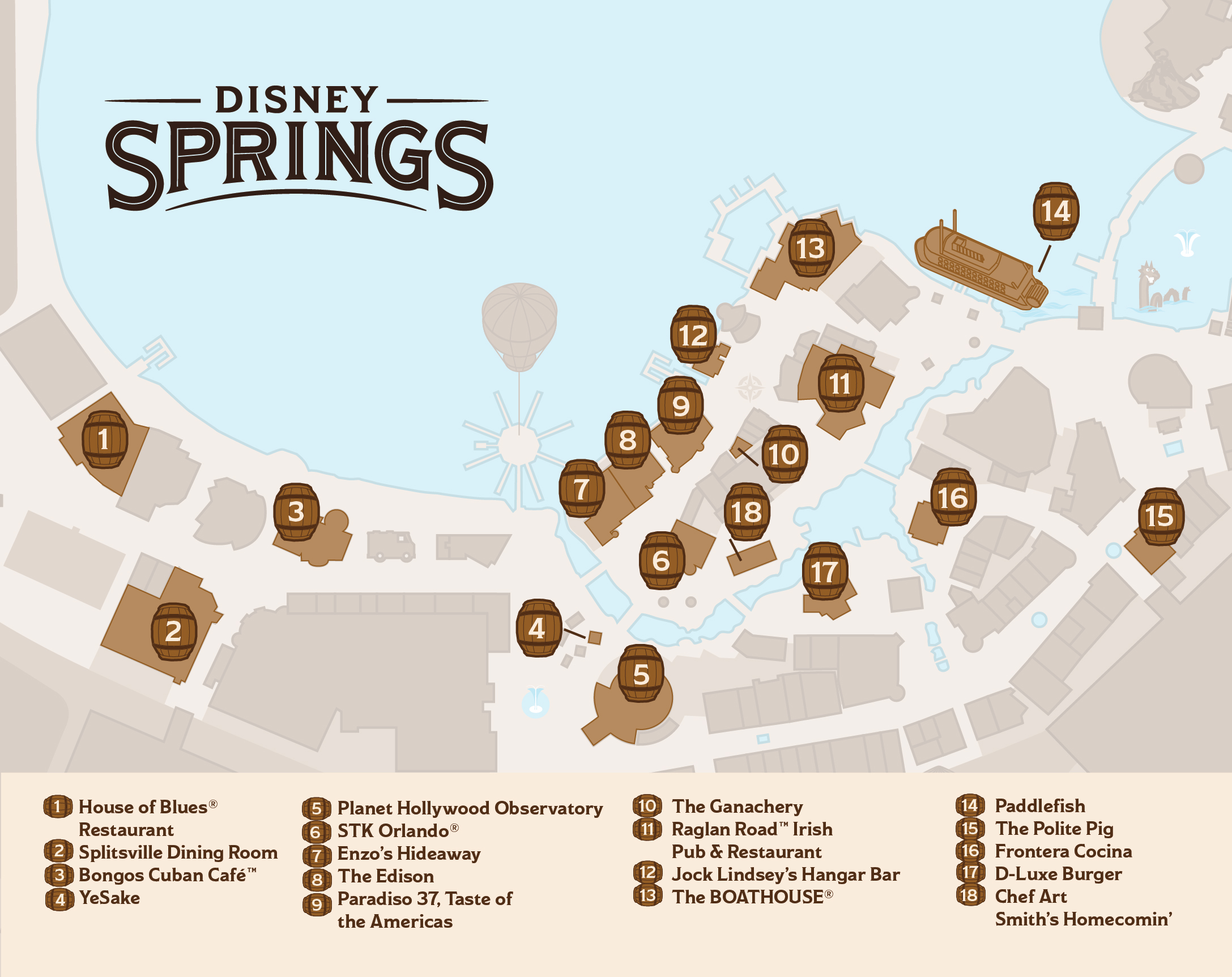 Brian Koziol, food and beverage concept and development director for Walt Disney World Parks and Resorts, says that Disney has been looking at industry trends in order to develop a whiskey program that appeals to many different palates. “We have promoted a really in-depth beverage program that focuses on whiskey, and we’ve had the opportunity to not only offer Kentucky bourbon, but some other domestic whiskeys,” he says, mentioning WhistlePig, Hudson, Smooth Ambler, Knob Creek (Disney has its own Select Barrel program), and more.

On top of the permanent whisky options available across Walt Disney World, visitors to Disney Springs, a retail, dining, and entertainment center that’s part of Downtown Disney, can take advantage of Discover Bourbon at Disney Springs from May 1 to June 17, 2018. Eighteen destinations (see map) are offering special cocktails with food pairings, like a Basil Hayden’s Mint Julep paired with honey-chicken biscuits at Chef Art Smith’s Homecomin’ and the Hurry Sundown Old Fashioned, made with Maker’s Mark, Benedictine, butter pecan syrup, bitters, and caramel pecan bacon and paired with a smoked brisket or pulled pork sandwich at House of Blues. More information on Discover Bourbon is available at the Disney Parks Blog.

If you miss out on the trail during its limited run, don’t worry—Disney World still has plenty of great options for whisky lovers. Check out our year-round recommendations below

The Sour Assistant at AbracadaBar at Disney’s BoardWalk

Inspired by the performers on the Jersey Shore boardwalk, this magic-themed cocktail lounge highlights Disney’s focus on American-made whiskey. The Sour Assistant ($12.50) blends Breuckelen Distilling’s 77 Whiskey with house-made sweet-and-sour mix, while the Magic Hattan ($12.50) uses Hudson Manhattan rye as the base for the eponymous drink.

The Toronto at Le Cellier Steakhouse at Epcot

Epcot’s World Showcase offers an unparalleled drinking experience, and whisky lovers should spend some extra time at the Canada Pavilion. The Toronto ($13), a rye-based cocktail made with bitters, simple syrup, and Fernet-Branca, is one of three cocktails to feature Lot 40 Canadian rye.

This British-style pub in the United Kingdom section of Epcot’s World Showcase is your best source for aged single malt scotch. The Single Malt Flight ($20) includes Glenkinchie 12 year old, Oban 14 year old, and Lagavulin 16 year old. For just $4 more you can taste your way through The Macallan range, from the 12 to the 15 and finishing with 18 year old.