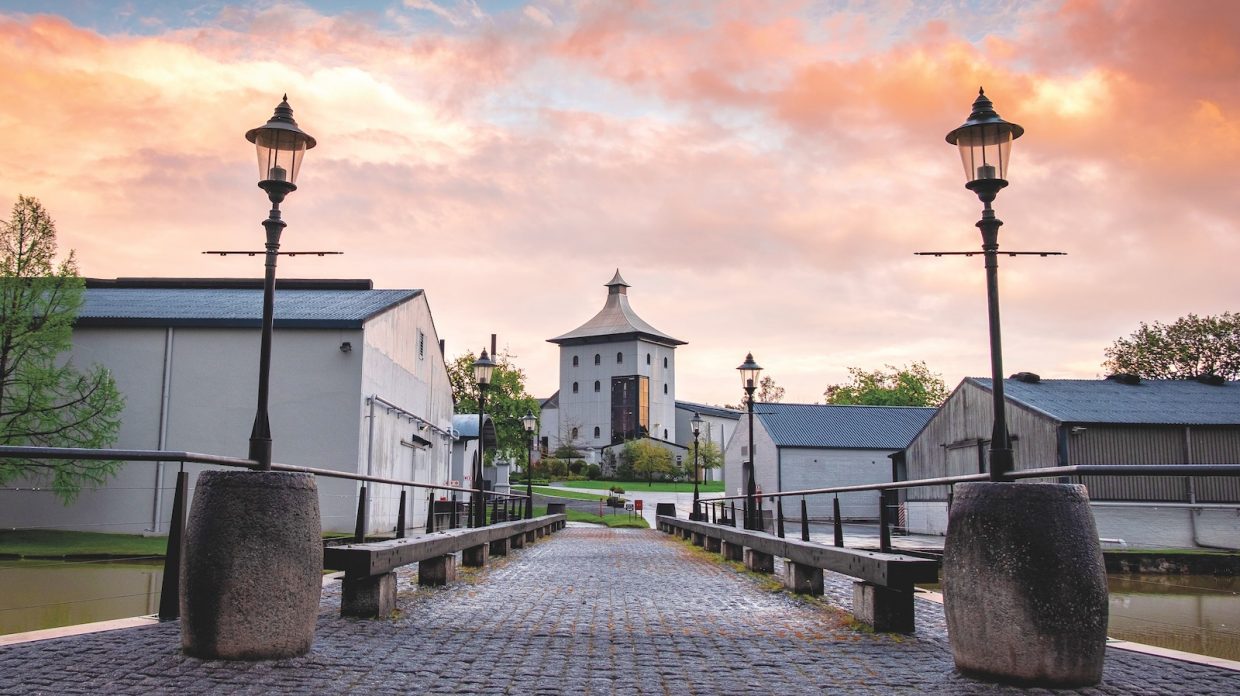 It’s a Monday morning in January—high summer in the Southern Hemisphere—and the James Sedgwick Distillery in Wellington, South Africa is preparing for a scorcher of a day. The first employees to arrive flip on a thrumming extractor fan to clear the plumes of alcohol vapor pooling dangerously inside their sweltering warehouses, piled high with maturing Three Ships whisky. This is single malt, distilled from malted barley just like the whiskies mellowing in the many cool dunnage houses of Scotland, but it’s also a world apart—literally and stylistically.

Why Does Climate Matter?

The British Isles, specifically Scotland and Ireland, are the traditional home of malt whisky. It’s hard to imagine a more moderate climate. Average annual lows and highs in Glasgow are 36° to 66°F, a range of only 30 degrees. Humidity hovers all year between 70 and 90 percent. That slow and steady climate, coupled with the Scottish preference for the muted flavors of used barrels, makes it possible to successfully age Scotch whisky for a very, very long time.

But Scotland’s monopoly on single malt whisky is over. Today, malt whisky is produced all over the world, including places (like India) where the climate is far less benign. In hot temperatures, maturation happens faster and oak extracts more quickly. If your goal is to make a Scotch-style whisky with a delicate oak impression and an age statement that qualifies it to drive, these factors can work against you. Yet there are also benefits to the heat. “Whisky matured in warm conditions does tend to mature quicker due to the accelerated interaction between spirit, cask, and air,” says Andy Watts, master distiller at James Sedgwick Distillery, “resulting in a whisky that portrays itself as smoother and softer at a young age.”

Try One of These Warm Climate Whiskies

“Generally speaking, warmer temperatures during fermentation can drive the development of fruit and floral esters with a sweet profile,” says Ian Thomas, distillery director at Virginia Distillery Co. in Lovingston, Virginia. “If you compared two 3 year old whiskies made in a similar way but aged in two different climates—one cool and steady, one warm with big temperature swings—you would see more development and exchange of fatty acids, tannins, vanillins, and other maturation components in the warmer climate, leading to a more robust flavor profile.”

How hot is hot enough for whisky to be affected in this way? Industry science doesn’t give us clear answers. “We absolutely know that climate makes a difference,” says Dr. Gary Spedding, managing owner at Brewing & Distilling Analytical Services, LLC and a longtime technical consultant to the spirits industry. “I call the barrel a catalytic engine…and for every 18°F rise in temperature, you double the rate of reactions. But what I can tell you is there’s not a lot of research been done of late. It is definitely food for thought for future projects.” 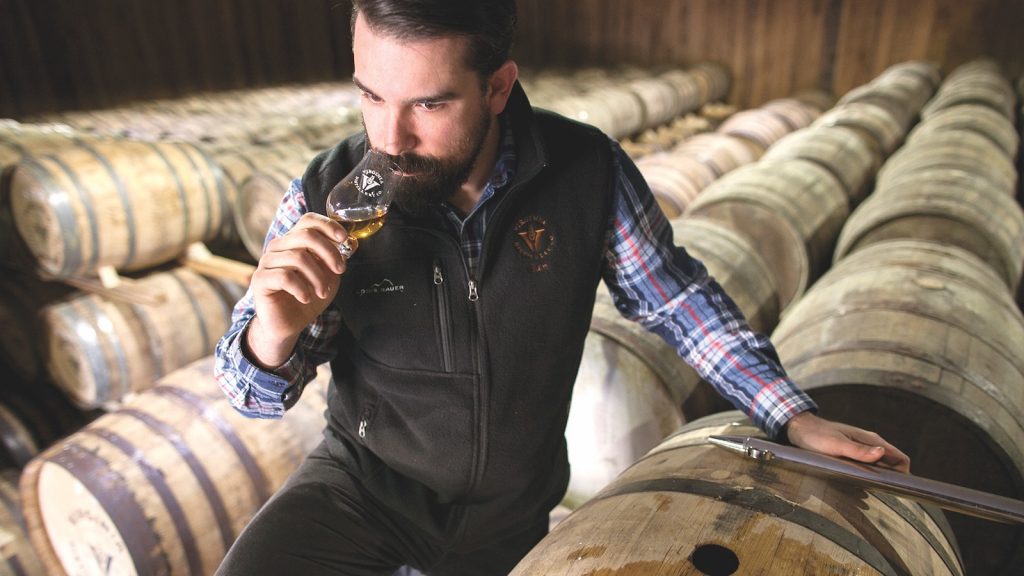 Ian Thomas, distillery director at Virginia Distillery Co., observes the impact that a warm climate has on whisky flavor. (Photo by Tom Daly)

For the purposes of this story, hot summer single malts are defined as those made in regions with at least one month with an average temperature above 71.6°F. This distinction is borrowed from the widely used Köppen Climate Classification System, used by climate scientists to categorize Earth’s climates from pole to pole. It’s an imperfect measurement for whisky because it only reflects average temperature and not the difference between highs and lows. Nevertheless, it’s a valuable and globally accepted way to identify broad climatic trends, including those areas that are just plain hotter than others.

Climates like Wellington’s are dramatically different than Scotland’s, but there’s no reason blistering temps can’t produce great whisky—just ask the bourbon industry. So rather than fight reality, many global malt producers are embracing the opportunity to make a whisky that lives somewhere between distillate-driven cool climate single malts and oak-forward warm climate American whiskeys like bourbon and rye. The result is a rapidly diversifying single malt landscape filled with new flavors, new characters, and new ways of thinking about whisky.

In hot summer climates, especially those with a wide divergence between high and low temperatures, maturing spirit interacts more aggressively with the oak. That’s because the aging whisky expands and contracts in response to temperature and barometric pressure changes, forcing it in and out of the wood, where it extracts tannins, vanillins, wood sugars, and other flavor and aroma compounds from the barrel.

“Our climate is pretty severe,” says Jared Himstedt, head distiller at Balcones Distilling in Waco, Texas. Here, summer highs routinely exceed 100º, while hard winter freezes aren’t uncommon, and a single day can see temperatures swing more than 40 degrees. That huge difference means aging whiskey gets a lot of oak character very quickly. “That’s great, but that’s just one part of maturation,” says Himstedt. “The bigger trick for us is how to play with every other parameter so we can try to keep all the aspects of maturation in sync and on a similar timeline, so we don’t end up with a whiskey that doesn’t know how to walk.”

One way Balcones does that is by using a broad range of new and used barrel types, which helps balance the different extractive characters. “We use three different species of oak in combination across seven or eight different toast and char profiles,” says Himstedt. “What that accomplishes is pretty crazy; it affects everything from mouthfeel to spice to palate.”

First-fill barrels of Balcones single malt peak before they are even 2 years of age. The resulting single malt is richly colored and spicy, with muscular oak and concentrated fruity overtones of apricot and nectarine. According to Himstedt, it often holds more allure for bourbon fans than for consumers of traditional Scotch whisky. “If you’re a bourbon drinker, it turns out you like wood,” he says. 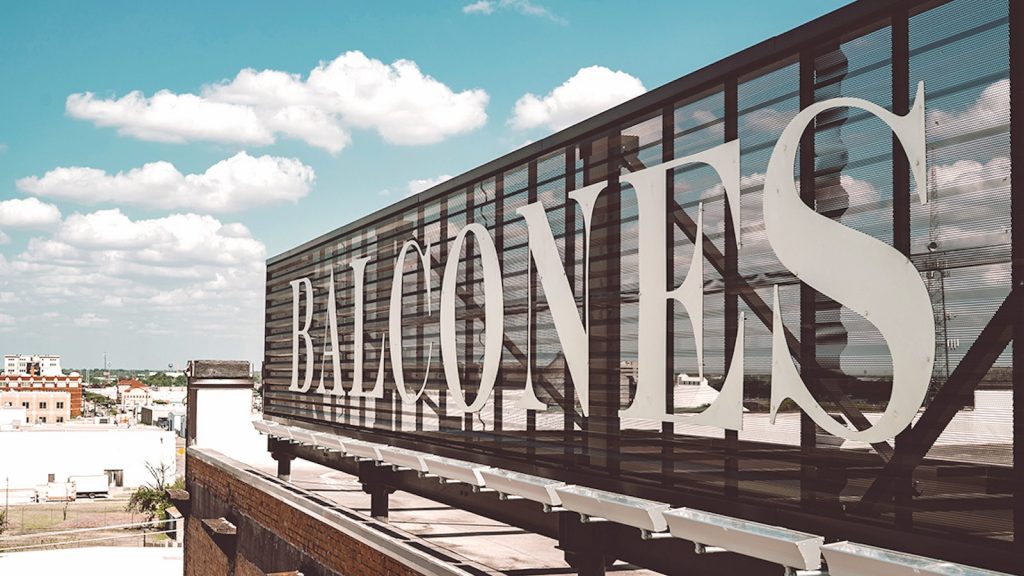 In Waco, Texas the blazing heat produces the flavor of the Balcones single malts.

Across the Pacific Ocean at Kavalan Distillery in Yilan, Taiwan, a subtropical climate means year-round warm temperatures, high humidity, and occasional bouts of cooler weather (plus the odd typhoon). The distillers see those tumultuous conditions as a strength, not a weakness. “We try to harness all our natural resources instead of fighting them,” explains master blender Ian Chang. During summer, warehouse windows are closed to trap heat; during winter, they’re open to let in the chill.

All that temperature variation adds up to significant annual volume losses due to evaporation: the angels’ share. Kavalan loses around twelve percent from each barrel every year, a quantity that would send a Scottish warehouseman straight to the nearest altar. (There, two or three percent annual loss is the norm.)

Watts trained at distilleries like Bowmore and Auchentoshan in his native Scotland before landing in South Africa. Despite the hot summers, he has occasionally succeeded in aging their Three Ships whisky for 10 or even 15 years. To achieve such scotch-worthy age statements requires careful monitoring, including moving the whisky among various barrels throughout its life to avoid the dusty oak notes that can result from over-aging in a single cask. “Ten years in South Africa is not the same as ten years in Scotland,” says Watts. “The warmer climate just lends itself to being able to assess the impact of different wood and styles at younger ages.”

At the Speed of Heat

In addition to oak extraction, the other conveyor belts of maturation—evaporation, oxidation, and esterification—also move more quickly in the heat. “We find the warm temperature significantly speeds up the maturation process,” says Chang. “The heat of Taiwan’s subtropical climate and the humidity in Yilan speed up the chemical reactions between the oak barrel and the new-make spirit, which shortens the maturation process. It enables us to develop a rich and complex whisky in just a few years.”

Alongside temperature, another climate-influenced driver of reactions inside the barrel is the alcohol strength of the whisky. “If you think of the barrel as a semi-permeable membrane,” explains Dr. Spedding, “the higher concentration is always going to want to pass into the lower level until it reaches equilibrium. So, if you have a warm and dry climate, you are going to lose more water from the cask. If you’ve got fairly cold, moist conditions, you lose less water, but more alcohol.” This explains why maturing casks of whisky in Scotland generally decrease in proof, while barrels aging in Kentucky increase in proof.

It may be that the contributions of climate will open the door to a whole new dimension of single malt.

At Balcones, where humidity can be very low, whisky enters the cask at about 62.5% ABV. After two years, the alcohol strength has increased to somewhere between 65% and 68%. Himstedt says he’s experimenting with lower barrel-entry proofs to try to coax fruity, floral notes from Balcones’ robust malts. “We know there are certain compounds that are more soluble in water than alcohol, and we obviously miss out on some of that extraction at higher proof,” says Himstedt. “The proportion of notes from the spirit compared to the barrel notes will change how some of the spirit qualities are perceived. The stronger wood notes can absolutely cover up some lighter fruity and floral qualities, and using new oak in a warm climate makes that often the case.”

Just like human beings, yeast start to grumble when the mercury rises too high. “The challenge of fermentation in a warmer climate and the impact on quality is paramount. I learned very early that you can’t distill a good spirit from a bad fermentation,” says Watts. To combat failed fermentation or off flavors that derive from high temperatures, Watts partnered with Anchor Yeast to develop heat-loving yeast strains, and installed chillers to keep the little organisms comfortably cool as they go about their work of transforming sugar to alcohol.

But hot temperatures in the fermentation room don’t always spell bad news. At Virginia Distillery Co., mid-August temperatures can climb to 110°F, while midwinter lows routinely drop below freezing. Thomas recalls legendary whisky expert Dr. Jim Swan’s advice when discussing whether or not to climate control their warehouses to mimic Scotland: “Don’t design your maturation environment to match your distillate, change your distillate to match your maturation environment.” 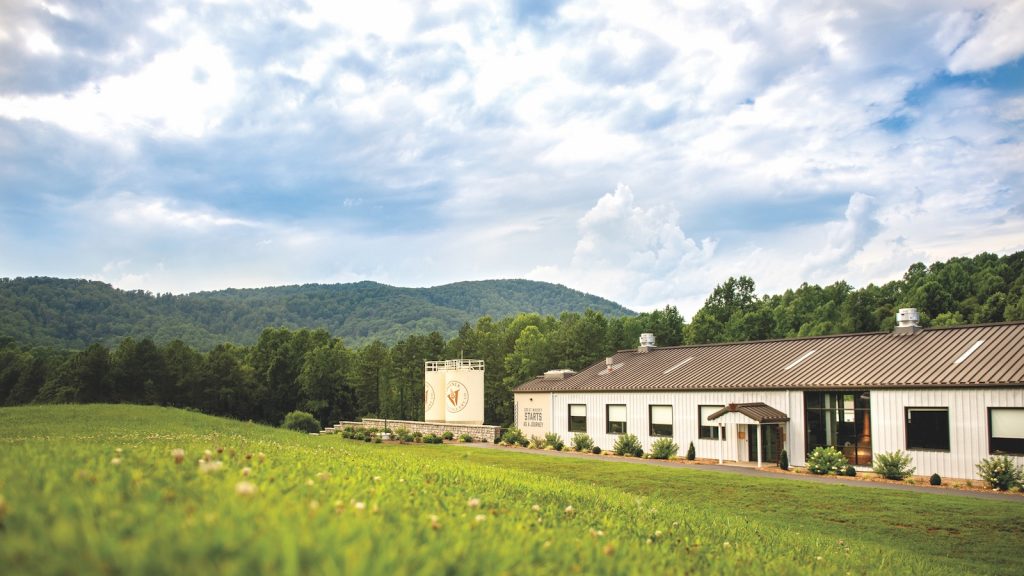 Today, Virginia Distillery Co. uses a high-temperature fermentation designed to boost concentrations of ester components that mature well in hot summer conditions. “Those include aromas like pear, pineapple, and some really sweet, more floral, and even tropical fruit notes,” says Thomas. Virginia Distillery Co. also boils its wort, which prevents lactobacillus and other microorganisms common in whiskey fermentations. These tend to be more active at higher temperatures and can cause spoilage, imparting off flavors. The first release of Virginia Distillery Co.’s fully house-distilled whiskey is slated for 2020; Thomas says he’s delighted with how those clean fruit and floral notes are coming into balance with well-integrated oak.

Even in the familiar world of single malt scotch, no two whisky distilleries are exactly alike. And with a geographically ambitious slate of distillers, the diversity among single malts only continues to climb. It may be that the contributions of climate will open the door to a whole new dimension of single malt. “I can’t wait to see what we end up with ten years from now that people are working on right now,” says Himstedt. “The whole world of malt is going to be enriched. For anyone who’s a malt drinker, I think the future looks pretty good.”