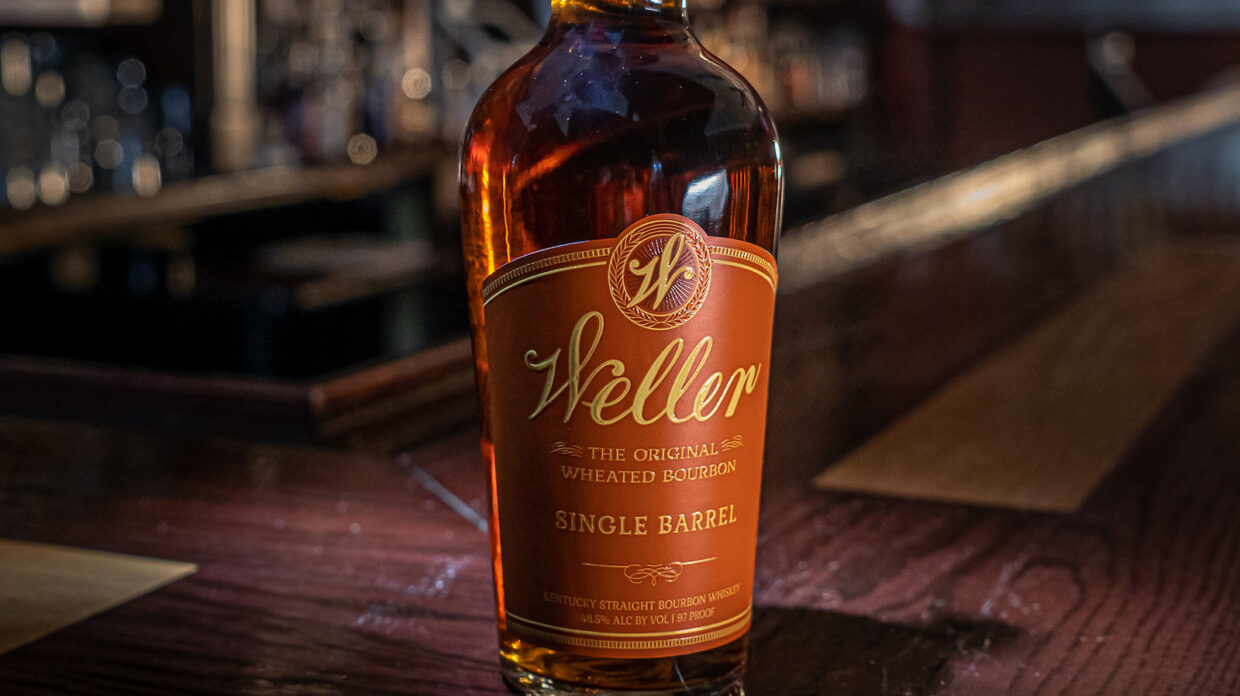 With the transition to summer and the slow reopening of businesses, new whisky releases seem to be picking up.

First, a couple of e-commerce specials. Metallica-led brand Blackened is rolling out a special box set for its 100th batch. For the first time ever, a non-band member—master blender and distiller Rob Dietrich—created the playlist of songs that was used for the whiskey’s “sonic enhancement” process. Blackened Batch 100 is packaged with two 12-inch vinyl picture discs of that playlist, as well as a copy of the Blackened Zine; the set costs $149 and is available only through Spirited Gifts and Cask Cartel.

For Father’s Day, Teeling Irish whiskey is offering a special bottling of its single malt, engraved with “Raise Your Spirits,” and donating $5 from every sale to #RaiseYourSpirits, a charitable initiative led by part-owner Bacardi to support hospitality workers. The engraved bottles are for sale for $60 through Reserve Bar.

Now for whiskies that are available at traditional retail. Wild Turkey is rolling out its 2020 release of Master’s Keep, the limited-edition whiskey from master distiller Eddie Russell. This year it’s a 17 year old Bottled in Bond bourbon, priced at $175. There are 14,400 bottles available.

Buffalo Trace is launching a single-barrel version of its Weller wheated bourbon. Weller Single Barrel will be available annually in limited amounts, with a suggested retail price of $50.

Basil Hayden’s has added a 10 year old straight rye to the lineup. The whiskey is priced at $70 and available in limited amounts.

Following up on its inaugural USA Small Batch release in November 2019, Islay’s Kilchoman Distillery is rolling out the second batch. The single malt scotch is priced at $85, with 1,260 bottles available.

Laws Whiskey House has released the 2020 batch of 6 year old Four Grain Bottled in Bond bourbon. There are 60,000 bottles of the whiskey available, priced at $75.

Finally, Virginia’s Catoctin Creek has created a special “infinity barrel” rye, made up of different custom barrel picks that the distillery bought back from restaurants and bars that are currently facing financial difficulties. There are 548 bottles of Catoctin Creek Infinity Barrel #InThisTogether rye, priced at $45. 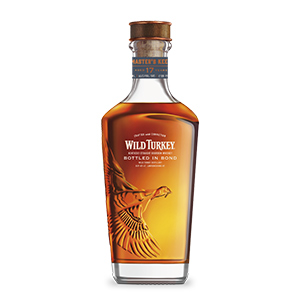 The 2020 release in Wild Turkey’s Master’s Keep series is a bottled in bond bourbon that, at 17 years old, far exceeds the 4-year aging requirement.

This is one of the oldest bottled in bond whiskeys we’ve seen, though Old Fitzgerald 15 year old and 2019 Whisky of the Year George Dickel 13 year old give it some close company. It’s also only the second bottled in bond bourbon Wild Turkey has ever released, following its 15 year old American Spirit which came out in 2007.

Here’s one potential reason why Wild Turkey hasn’t released more bottled in bond offerings: Most people know that bottled in bond whiskey must be made in a single season at a single distillery, but what’s often overlooked is that it must also be made by a single distiller. Wild Turkey has two master distillers: Jimmy Russell and his son Eddie. They share responsibility for the majority of the distillery’s bottlings. But the Master’s Keep series is all Eddie: His signature is on the box, and he creates these limited-edition whiskeys. Back when American Spirit was released, Eddie wasn’t yet master distiller, even though he’d been working at Wild Turkey for decades; he was given that title in 2015—when Jimmy thought he was ready.

If you want to know more about the Russells and how they’ve shaped Wild Turkey, check out this interview with Jimmy, Eddie, and Eddie’s son Bruce. 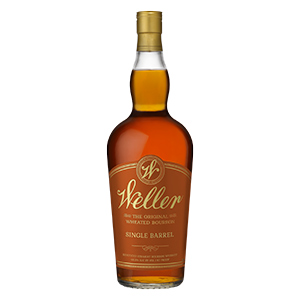 Made at Buffalo Trace Distillery, this is a single-barrel version of its wheated bourbon mashbill. The number of barrels released each year will be limited, but the bourbon will be available annually.

Buffalo Trace isn’t saying how many barrels they’re releasing, and it won’t be possible to sleuth it out either, as the bottles do not specify individual barrel numbers. That’s a shame, since it eliminates the option of comparing different barrels for similarities and differences.

As usual with most Buffalo Trace whiskeys, expect many stores to price this higher than recommended. It’ll still sell out. 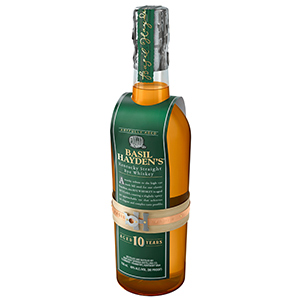 After releasing a 10 year old bourbon in 2018, Basil Hayden’s is following it up with a rye of the same age.

If you’re already a fan of Basil Hayden’s rye, will you like this 10 year old version better? That’s for you to decide. But there’s definitely something about spending a decade in the barrel that makes for a really great whisky. 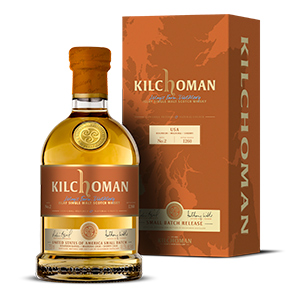 This is similar to Kilchoman USA Small Batch No. 1, with 70% bourbon cask maturation and 5% sherry cask, but whereas the first batch included 25% port cask maturation, here that’s swapped for madeira. Batch No. 1 scored 92 points, and I expect this release to show similarly high quality. 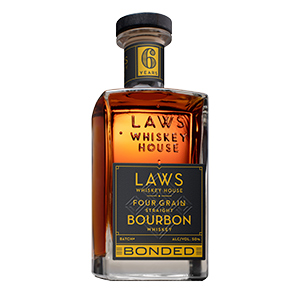 The 2020 release of Laws Whiskey House’s bottled in bond bourbon, this is made with a four-grain mashbill: 60% corn, 20% wheat, 10% rye, and 10% malted barley. All the grains are sourced locally, and the wheat, rye, and barley are all heirloom strains.

There’s no doubt we’re in the midst of a bottled in bond boom—there are two such whiskeys in this week’s new releases, and hardly a week goes by without a new bonded bourbon or rye debuting. Laws Whiskey House has carried the torch for bottled in bond whiskey for years, offering not just bourbon and rye, but even bottled in bond wheat and malt whiskeys. 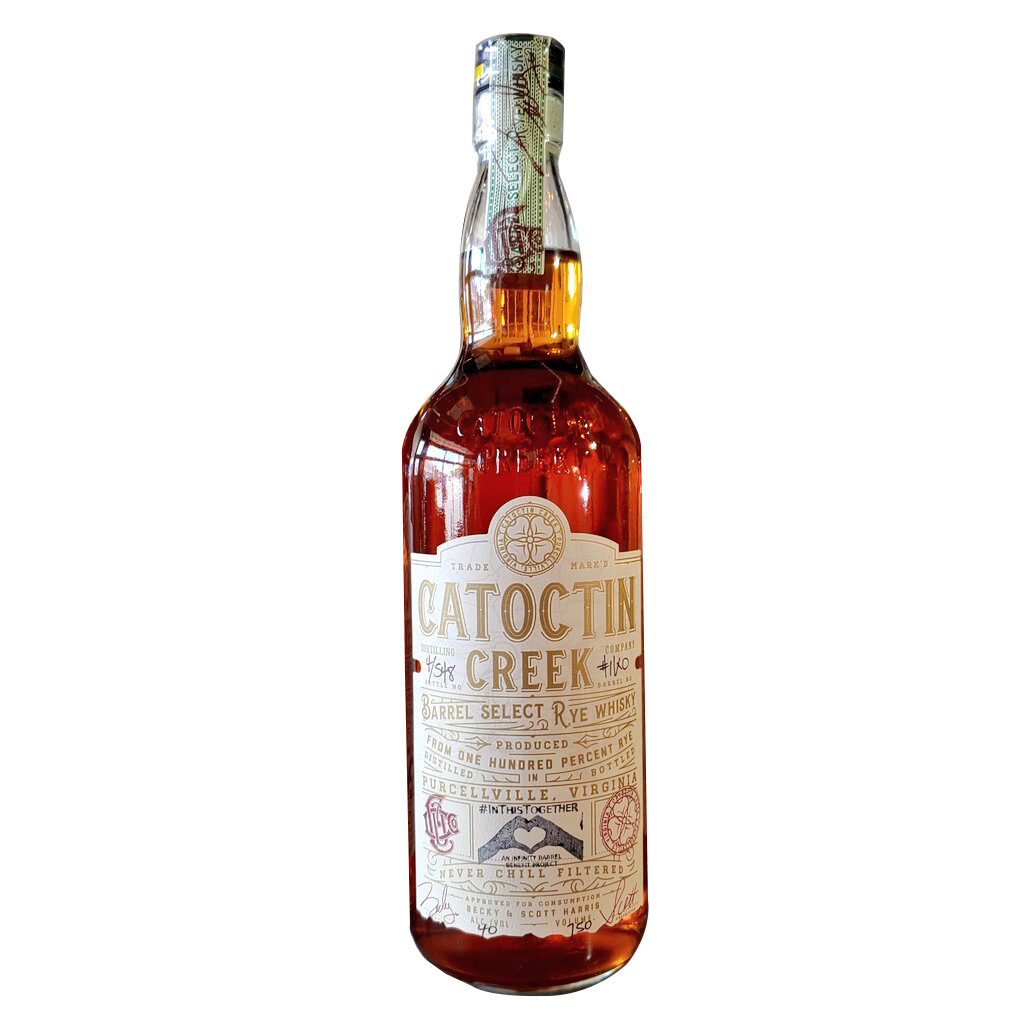 This whiskey combines several single-barrel ryes made at Catoctin Creek and finished in a variety of barrels, including chardonnay, apple brandy, and imperial stout. The whiskeys were then blended into this limited-edition batch, whose profits will go to support a variety of charitable causes.

As COVID-19 has hit the hospitality industry hard, many restaurants and bars are facing financial hardship, including several that had purchased a custom single barrel from Catoctin Creek. The distillery’s founders, Becky and Scott Harris, offered to buy back the barrels, which they then combined into this completely unique whiskey. They will donate 100% of the profits from the sale of bottles to several nonprofits, including the Restaurant Workers’ Community Foundation; the U.S. Bartenders’ Guild Bartender Emergency Assistance Program; Ayuda DMV; and Southern Smoke.