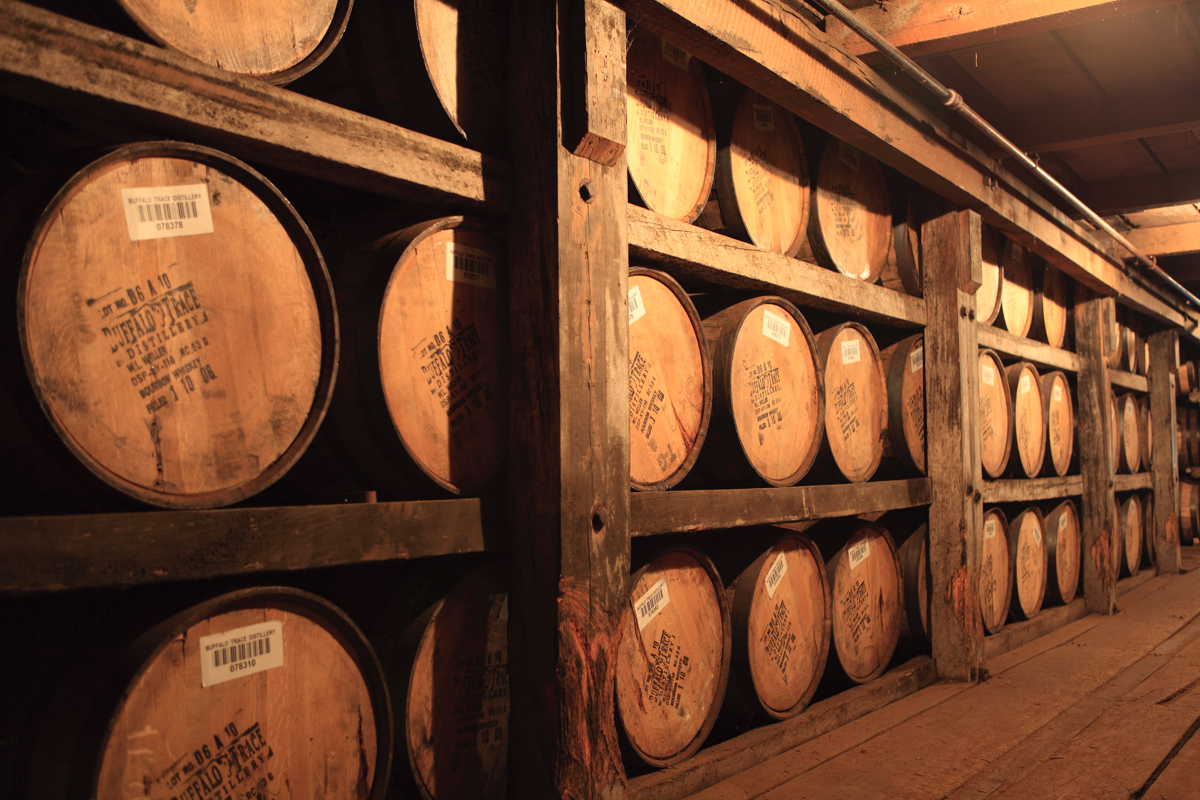 Wild Turkey says they dwell around the middle floors of the rickhouses. Buffalo Trace has been trying to nurture them in closely monitored captivity. Anchor Distilling has never even seen any. Chuck Cowdery, Whisky Advocate contributor, thinks whether they do or don’t truly exist is purely a “subjective assessment,” while Georgie Bell, global malts ambassador for Bacardi, has never even heard of them.

We’re talking about honey barrels, those almost-mythological whisky barrels that are supposedly the pinnacle of taste perfection—if you can actually find them.

Honey barrel may be a new term to many whisky drinkers, but it’s seemingly been in the bourbon distiller’s lexicon forever. “I’ve been around Kentucky distilleries for 40 years and have always heard the term. It simply refers to a particularly good barrel and there is nothing mythological about that. It’s subjective, of course, and certainly prone to abuse if marketers start using it,” says Cowdery.

Indeed, lately it’s popping up more and more in whiskey marketing efforts. The splash page for Larceny Bourbon implies its flavor is based on “the finest whiskey barrels, the honey barrels” from which John E. Fitzgerald would illegally sneak tastes when he held the keys to Kentucky’s bonded warehouses. Less fanciful, Jos. A Magnus & Co. claimed their recently released $1,000 J.A. Magnus Reserve bourbon is a blend of two honey barrels (although, since the brand currently uses sourced whiskey, it’s unclear whose honey barrels they once were).

But figuring out what makes a honey barrel isn’t easy, as it’s not an official term. “It’s more a know-it-when-you-taste-it type of thing—something where even an untrained palate would say ‘Wow,’” claims Nancy “the Nose” Fraley, a consultant and expert blender with a multitude of craft whiskey clients. She was the one who found the barrels for J.A. Magnus Reserve. “There’s something very different going on in these barrels. It’s the kind of barrel that when you taste it, it’s really fleshed out. It has everything you want—wood sugars, just the right amount of tannins for structure, spice, fruit. It’s floral, nutty—there are oily notes. It’s a perfect barrel that doesn’t even necessarily need to be blended.”

Fraley estimates that if she goes through 200 barrels in a day, she’ll find anywhere from one to five honey barrels. “Though sometimes I don’t find any!” she adds. “If you’re going to find one, they tend to be in an area of the rickhouse that has more southern exposure—areas near windows where it might be warmer, a little hotter.” She says, however, that there are no hard and fast rules, and that honey barrels can pretty much pop up anywhere—a mantra echoed by several distillers and blenders, who seem to treat these barrels with a mystical respect.

At Wild Turkey, they’re called sugar barrels. Master distiller Eddie Russell says these barrels are usually in the middle floors of the rickhouses, a location that offers the ultimate aging conditions for a “smooth” flavor profile. “Not all of them are identical because each one has a different taste,” he explains. “However they all have a great texture and feel when they hit your tongue. They start with a sweetness of honey, butterscotch, and fruit, then give off a nice spicy character in the middle, finally finishing clean and long.” He adds that most of Wild Turkey’s sugar barrels are used for the Russell’s Reserve line or for limited offerings like Master’s Keep.

Honey barrels don’t seem to exist outside of Kentucky. Anchor master distiller Bruce Joseph has heard of them, but claims the distillery doesn’t produce any, speculating that’s because the San Francisco environment doesn’t offer the swings in temperature and humidity which could create such extreme variance. Likewise, few European and Asian whiskey distillers have ever heard of honey barrels. Gordon Motion, Highland Park’s master whisky maker, says, “We haven’t particularly identified honey casks for any of our releases. We don’t experience the extremes of temperature in our warehouses like the bourbon industry so any differences are smaller in comparison.”

At Buffalo Trace, master distiller Harlen Wheatley has probably put more thought and effort into finding, if not creating, the perfect conditions for honey barrels than anyone. Since 2014, he has been conducting various experiments in what is known as Warehouse X. This specially constructed building consists of four individual chambers, plus one open-air breezeway and is able to test four variables of maturation: natural light, temperature, humidity, and airflow.

So what has been proven so far?

In November of last year, Buffalo Trace released the results of their first experiment—the effects of natural light exposure—after analyzing 3.5 million data points. While it made certain observations about pressure and the relationship between heat and proof, the distillery discovered that light exposure alone did not affect the whiskey’s color or ABV. Wheatley noted at the time, “Even though we proved light doesn’t affect the color or the proof of the whiskey, that doesn’t mean that honey barrels (those next to windows in standard warehouses that are typically distiller’s favorites) don’t taste a little bit better. Perhaps because of other factors than natural light.”

Buffalo Trace’s next experiment will strictly look at temperature. Ultimately, Wheatley’s goal is to pinpoint the optimal conditions for creating these magical honey barrels. “You really try to peel the onion of flavors and try to put the puzzle together on how it got there,” he explains about honey barrels. “Where was the barrel located, how long, type of whiskey, recipe, et cetera. Then try to understand any trends based on other barrels nearby.”

Wheatley claims out of 40 barrels aged in a typical Buffalo Trace rickhouse, just 5 or 6 could be honey barrels. He often uses them for private single barrel selections for bars and retail stores. Even if he’s not able to increase the amount of honey barrels through the Warehouse X experimentation, Wheatley hopes at least to improve the overall quality and consistency of Buffalo Trace whiskey by creating the most superior aging environment possible—if that can ever be figured out.

“It’s such an odd thing. You can take whiskey distillate that comes from the same batch, that’s distilled on the same day, the same fermentation, all of that,” notes Fraley. “Then you put these two barrels side by side, but only one could turn into a honey barrel. There are some things we know about them, but there’s also going to always be some mystery. It can be really confounding.”