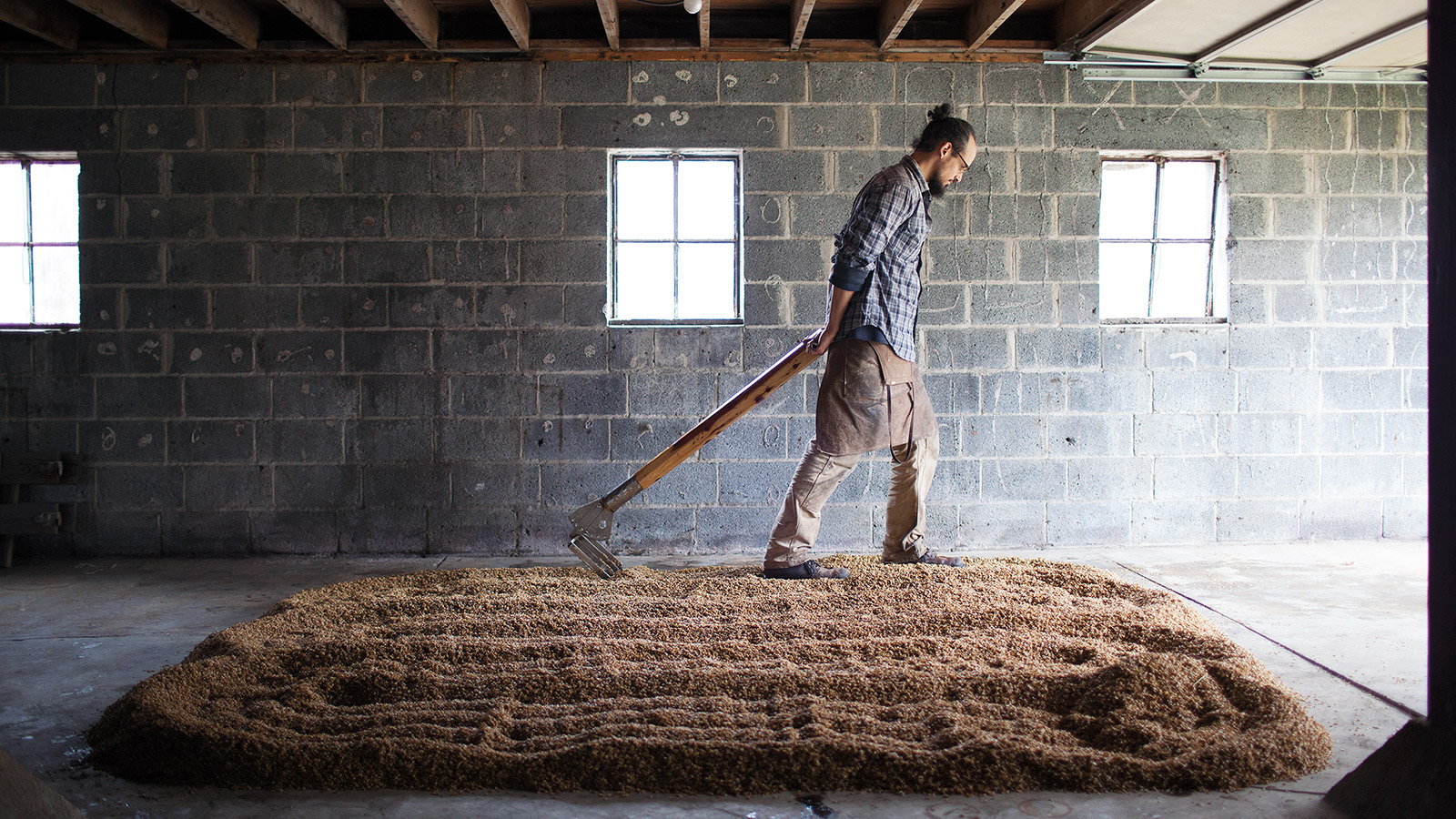 New York's Coppersea Distilling produces its own green malt and uses it while still sprouting.

“Green malt” isn’t some new marketing tagline for organic and sustainable malt. It refers to barley grain that is actively growing, and just a handful of distilleries worldwide make whisky with it. Typically, malt is made by tricking raw grain into sprouting and germinating, then it is kilned with air and heat to halt germination and add flavors, aromas, and colors. Most importantly, the process converts the complex starches of the barley into simpler sugars appropriate for alcohol fermentation. All malt is “green” (wet and growing) at some point, but forgoing the kiln to brew with that active, wet, cucumber-scented malt is a rare endeavor that yields some very unusual whiskies.

Green malt can save time and energy during malting and boost efficiency during fermentation, but it comes at a cost. Green malt is tough to work with, spoils rapidly, and it produces unusual flavors—challenges that made the proposition of making an all-green-malt whiskey irresistible for New York’s Coppersea Distilling and Corsair Distillery in Nashville.

In contrast to the round, soft aromas of kilned malt whiskey, green malt whiskey is intriguingly tight and raw. “The big change is when you’re using heat to actually kiln it,” explains Corsair co-founder Darek Bell. “That’s when you get those biscuit and baked bread flavors.” Bell describes Corsair’s all-barley green malt as a blank canvas lacking the mark of fire—like raw food versus cooked.

Coppersea distiller Christopher Williams got the idea to make green malt whisky from a century-old Scotch whisky trade manual. The text described a one-of-a-kind whisky made by illicit distillers who skipped peat-kilning their malt to avoid creating smoke and attracting unwanted attention.

“I read that and I said, ‘I want to be able to make that, because I want to know what that tastes like,’” says Williams. “We are a distillery that adores the sort of bizarre idiosyncrasies of historical whisky styles, and that’s what we’re trying to reach back to and understand.”

At the time, Coppersea was just getting started and they didn’t have a kiln, but they knew how to malt, so the green malt rye was the first whiskey they made.

“The green malt rye has this very floral and sort of a baking spice quality, so you’ve got nutmeg, cinnamon, and then this great kind of honeysuckle,” says Williams. “Our green malt barley is also herbaceous, but in a completely different way—cucumbers, black tea, it almost has this wasabi or horseradish quality, and then it has this big maritime quality.”

Corsair’s offering is also unique, with a nose of citrus and dusty tannins hiding dark sugar. The palate is tight and complex: oak, vanilla, herbs, lemon, grass pulp, and green vegetal notes dive into bittersweet brown syrup. Viscous and full-bodied, it has a long finish ending in banana candy.

Both distilleries are only able to make these atypical whiskeys because they floor malt in-house—a rarity in itself. The wet, mushy green malt is also a challenge to mill, the process of crushing the grain. Corsair maltsters blow unheated air over the green malt for 12 hours, then tighten their roller mill and grind the wet berries several times.

Williams and the Coppersea crew spend two days shoveling already-fermenting malt into a meat grinder, and by day two the distillery smells of bananas and tropical fruit. After grinding they immediately ferment the pulp in open-air Douglas fir tanks.

Due to the difficulty of malting in-house and the dearth of local malt houses (though the number is growing), finding fresh green malt is difficult and working with it is even harder. Green malt whiskey isn’t likely to become a popular pursuit of distillers or drinkers, but perhaps that’s what makes it so cool.