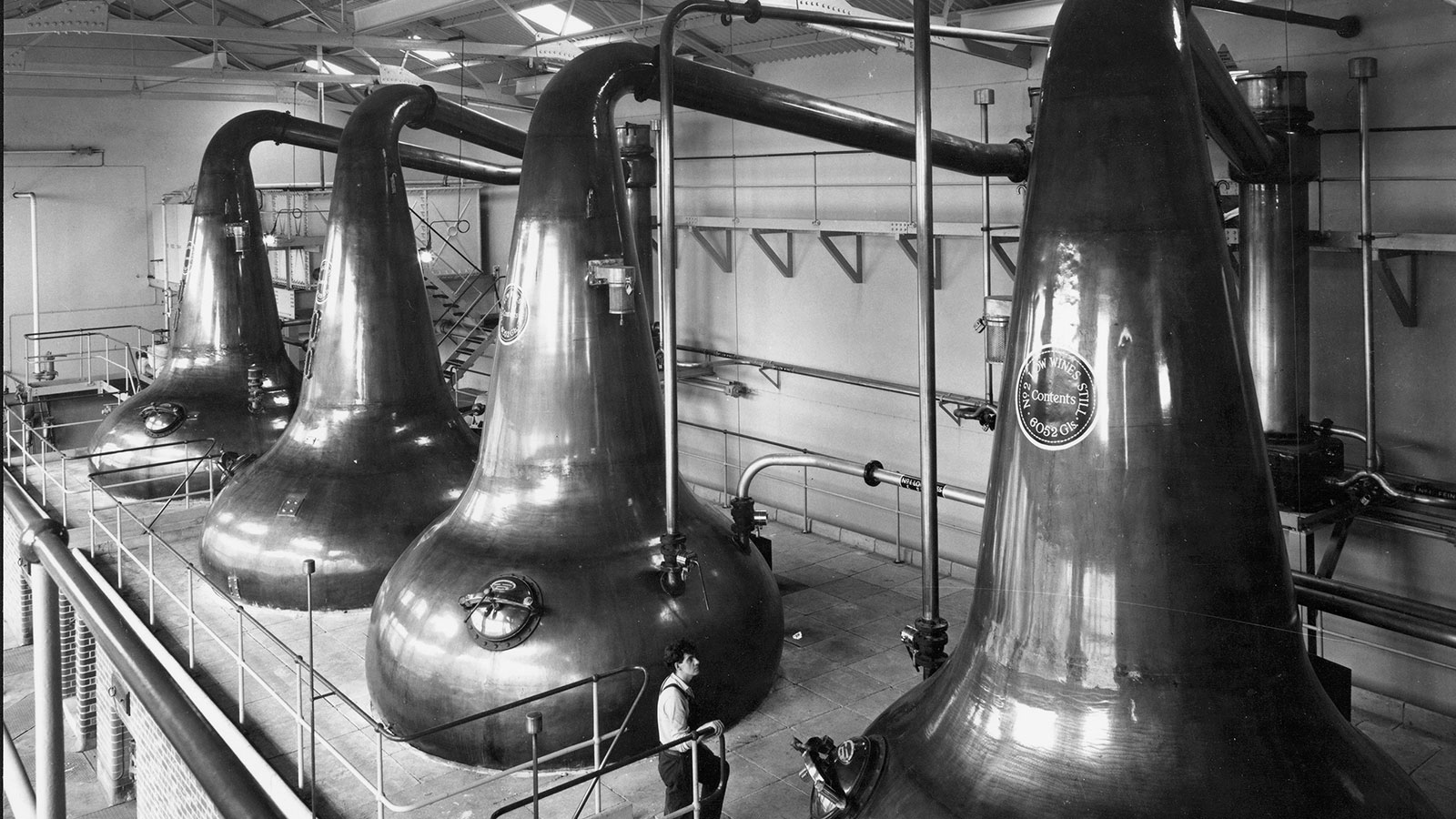 It was not a happy time for whisky. As those of us who lived through it will recall, sales were falling—fast—and the roll call of distillery closures in the mid-1980s makes dismal reading. Banff, Brora, Coleburn, Convalmore, Dallas Dhu, Glen Albyn, Glen Esk, Glenlochy, Glen Mhor, Glenugie, Glenury Royal, Hillside, Linlithgow, Millburn, Moffat, North Port, Glen Flagler, Garnheath, and, of course, the long and loudly lamented Port Ellen. All closed, many demolished; none will ever work again.

It was an unholy mess. Scotch whisky was, many thought, in terminal decline. As for Irish whiskey…well, basically, apart from novelty coffees, it was dead and gone. “Good ol’ boys” may have been drinking whiskey and rye, but no one else was. Japanese whisky was confined to its local market and by the end of the 1980s, that industry too experienced its own wave of savage closures.

White rum and vodka ruled and were eventually expected to take over the whole world: that was certainly what I was told when I started working for a well-regarded firm of blenders. It did occur to me to wonder if this had been the smartest of career moves (Don’t worry, everything turned out okay; I’m a writer now! Note use of wry humor).

For the official line on the closures, I turned to Dr. Nicholas Morgan, Diageo’s director of whisky outreach. Now strictly speaking, Diageo didn’t close these distilleries, their predecessor, the Distillers Company Limited (DCL) did, and I sensed that Morgan has begun to tire of defending their actions. But it seemed like a good idea at the time, and they weren’t the only company who thought closure was the only option.

As he says, “Following a period of overproduction in the 1970s, the DCL undertook a program of distillery closures in and around 1983. The reasons for the selection of specific distilleries for closure were many and varied, but should generally be understood against an industry-wide excess of inventory. Port Ellen, for example—now perhaps the most sought-after of all single malt whiskies in the world—was not considered at the time to meet the quality requirements of the DCL blenders, whose opinion held great sway.”

That’s a salutary reminder that, then and now, Diageo is primarily a blending company and blends certainly have priority. But other factors came into play: Glenury Royal, for example, was closed as a result of a long-standing dispute between the DCL and the local authority over water and effluent disposal. Brora, which had experienced a stay of execution in the 1970s in order to provide “Islay-style whisky” for blending purposes, was simply deemed, come the 1980s, to be “surplus to requirements.”

It’s also worth remembering, as described in my recent article on the industry’s efforts to diversify (last issue), that the UK as a whole was facing severe economic problems: during the 1980s, inflation peaked at an almost unimaginable 25 percent annually, rapid increases in the price of oil led to a huge jump in the cost of producing whisky, and a number of strikes brought chaos to the economy. And that is without mentioning the constant threat and disruption of IRA terrorism attacks. These were challenging times for Britain, and the distilling industry was not exempt from the general downturn, even if it also had additional problems, largely of its own making. 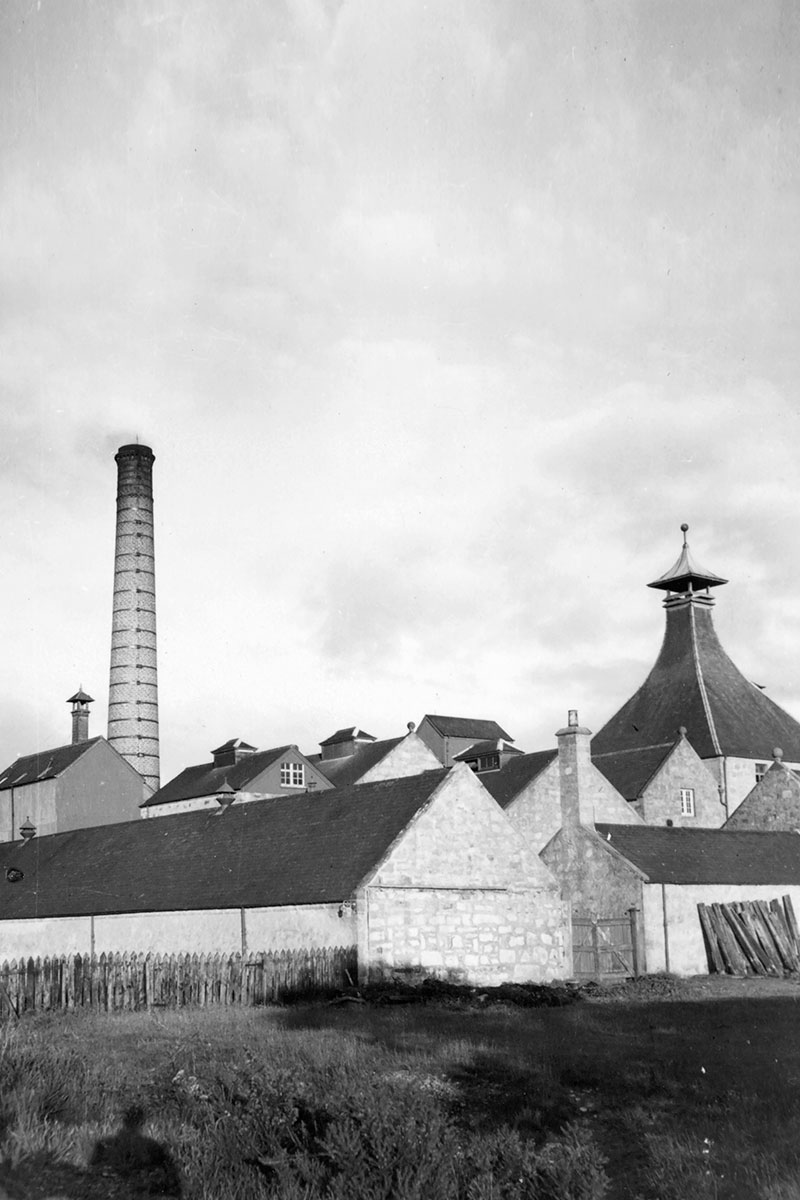 Brora as it looked in the 1930s. Status: silent

So there was, indeed, “an industry-wide excess of inventory” —that’s the polite term for what we usually call the Whisky Loch—and, faced with that situation—the dire condition of the wider economy and a general belief that whisky was in inexorable decline—the decisions on closure make perfect sense. Hindsight is a wonderful thing.

However, strange to relate, before long the whisky market began a slow recovery. A recovery which has accelerated faster and faster in the last decade, leading us to the present, somewhat febrile atmosphere where the products of some of these distilleries—then closed, shuttered, and abandoned as unsaleable—are among the most hotly demanded of all whiskies.

As Morgan says, “Bottlings from many, but certainly not all of those distilleries which closed in the 1980s are now rare, collectible, and expensive. Without doubt they offer remarkable value; either as a drink to be enjoyed, a taste of history which will never be recreated, or for some, a speculation or investment.”

One might challenge the idea that “they offer remarkable value,” as certainly not all are worth tracking down. While some of these silent distilleries attract an enthusiastic, almost cult-like following, others have been consigned to oblivion, cast into the outer darkness, and almost entirely forgotten. It’s as if they never existed. Fate is capricious, and a hard master. The simple explanation for this would be that it’s explained by the quality of the whisky, but that only takes us so far.

For example, while bottlings of Port Ellen remain some of the most sought-after in the world, others such as Coleburn or Convalmore are less highly regarded. While these should arguably be of equal interest to aficionados, it’s hard to see anyone paying significant prices for old bottles of Moffat or Garnheath.

So quality can only be part of the answer, and we shouldn’t forget that some of these whiskies simply weren’t very good. Whisky Loch or not, they probably weren’t going to survive very long anyway. We should perhaps regard those bottles which can still be found as historical curiosities; evolutionary dead-ends, if you will.

But if quality were everything, then bottles from distilleries such as Convalmore (certainly the few official bottlings) would be eagerly sought after. It’s a superb, if unusual Speyside whisky and one that I personally rate very highly indeed; frankly, I don’t understand why it isn’t twice as expensive. You may still find the last of the official bottlings on specialist retailer sites from £500 ($780). And if that seems a lot of money, there are those who say prices for these bottles are only going to go up.

I spoke to whisky investment advisor Andy Simpson (founder of whisky investment service Whisky Highland and the Rare Whisky 101 consultancy). Now, in the interest of full disclosure I’ve crossed swords with Andy before (in a friendly way) on the subject of investing in whisky but, so far at least, he’s been right. We haven’t seen the bursting bubble that I fear must eventually happen. So this is what he has to say, first on the reasons underlying the move in prices.

Japan Had a Whisky Loch Too

“Casked stock for every silent distillery is running out,” he said, pointing out the obvious. “That simple rarity brings with it a premium in price for any remaining bottles. In 2010 Rare Whisky 101 tracked 56 new product releases from Port Ellen. In 2014 that number had fallen to just ten, [providing] massive evidence of dwindling maturing stocks.”

That’s undeniable. In fact, my friends at The Whisky Exchange kindly worked out for me that they had handled over 400 different bottlings of Port Ellen in the last seven years, though as they pointed out, the flood of new releases was partly accounted for by bottlers realizing that their carefully-hoarded casks are getting over the hill and won’t be improving any further.

So, eventually, peat freaks and smoke heads are going to have to face the fact that there is no more Port Ellen. Presumably prices will continue to rise as they have done quite dramatically in recent years, with Diageo’s Special Releases leading the way.

One shudders to think what’s going to happen when the stocks finally do run out, but you can’t really blame Diageo. They’ve got shareholders to think about and secondary market prices made it abundantly clear to them that they had undervalued previous releases.

Challenged about this at the time of the 2014 Special Releases, this was the company’s official line: “Stocks of Brora and Port Ellen are inexorably diminishing. Each year’s limited-edition bottling releases one more fragment of whisky history that is unique, and can’t ever be replaced. On top of that, Port Ellen and Brora are not merely rare, old, and in great demand—they are judged by most qualified commentators to be of outstanding quality, and this year’s edition will be no exception.”

Supply and demand then are everything, at least in that view of the world. But it would also be disingenuous not to acknowledge that fashion plays its part: the Islay style simply didn’t hold great appeal thirty years ago, yet today it’s in vogue and that must account for some of the premium obtained by Port Ellen in particular.

Simpson sees three pressures on the market, suggesting that, “Bottles from silent distilleries appeal to all three buyer types: the drinker, the collector, and the investor.

“But the fact that you’re drinking a piece of bottled history from a bygone era, in many cases, simply adds to the pleasure of ownership and opening,” he continued. “From a collector/investor perspective, as bottles continue to be opened and consumed, the target pool of acquisition can only get smaller.”

There is, as ever, a caveat. Provenance is vital and many collectors prefer official releases over independent bottlings. As a result, the average price for distillery bottlings is still far higher than for third party (independent) releases. To take one high-profile example, the average price for a bottle of ‘official’ Port Ellen is just over £800 ($1,250), where the average for an independent bottling is a little over £300 ($470). But, claims Simpson, “the rate of growth in pure value for independents is accelerating faster than for original bottlings.”

Perhaps, in the end, it simply comes down to supply and demand. That’s certainly Andy Simpson’s view, and one can hardly fault the hard commercial logic, even if part of the market is driven by fashion.

“Demand remains high for bottles from all silent stills,” he says, “and we see that trend only continuing; from a collector/investor perspective, silence is, indeed, golden.”

Sadly, my time machine is only a figment of my imagination and it doesn’t carry cargo. If only we’d known then what we know now. I hope you enjoyed some of these whiskies when they were freely available and could be afforded by the man in the street. Or whisky writers. 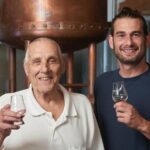 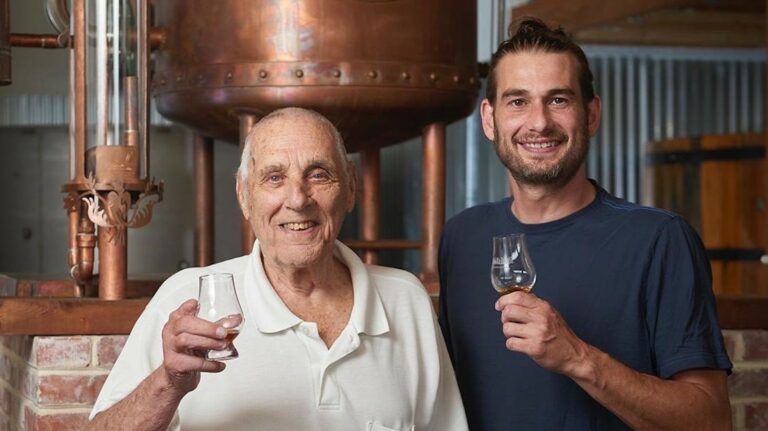 Dick Stoll shepherded Pennsylvania distilling through its nadir—and into a bright future—making legendary bourbon along the way. 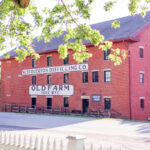 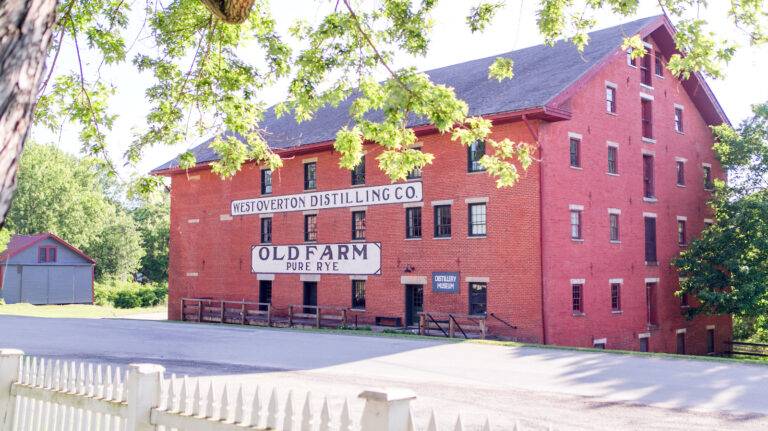 The distiller will support West Overton Village in Pennsylvania to highlight the rye whiskey’s role in American history. 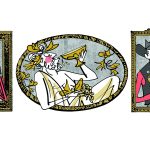 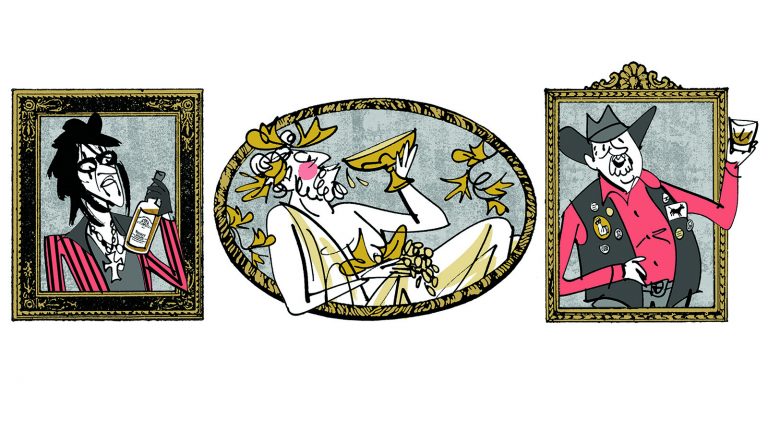 Those who don’t learn from history are doomed—or in this case, blessed—to repeat it.