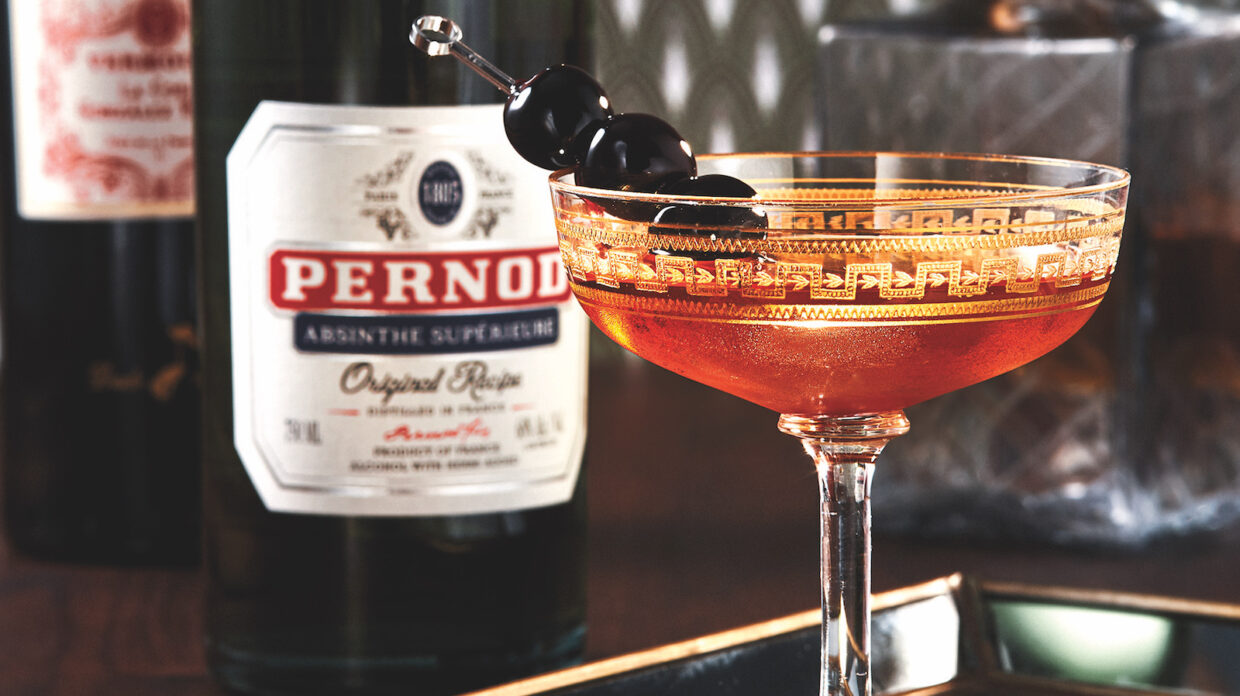 A little absinthe adds a lot of flair to whiskey drinks like the Cocktail à la Louisiane. (Photo by Jeff Harris)

Absinthe is known to whiskey drinkers for the distinctive anise flavor it lends to a classic Sazerac cocktail, which blends the botanical green spirit with rye whiskey, Peychaud’s bitters, and sugar. “It’s not really meant to make a big, complicated cocktail as much as it is just dressing up that little bit of whiskey in the glass,” says Brent Rosen, president and CEO of the National Food and Beverage Foundation in New Orleans, where he oversees programming at the Museum of the American Cocktail. Like a flower on a lapel, a little absinthe adds a lot of flair.

Traditionally made from wormwood—a plant that contains the mind-altering substance thujone—absinthe gained a notably naughty reputation; it was (largely spuriously) blamed for a litany of social ills, and banned in the U.S. and much of Europe by the early 1900s. Sazerac drinkers made do with Herbsaint, a legal anise-flavored liqueur. And, even with absinthe legalized in the U.S. since 2007, Herbsaint remains a popular substitute.

Rye isn’t the only whiskey that stands up well to absinthe’s potent flavor, however. “Bourbon, with its sweetness, its kind of caramel flavor, can take some herbal notes, which you get from the anise,” says Erik Adkins, bar director at San Francisco’s Hard Water. And while absinthe is a powerful spirit on its own, it adds a lovely accent when used sparingly in a whiskey cocktail. “It seems to just open up flavors,” says Joe Tangney, formerly a bartender at New Orleans’s Bayou Bar. “Just a few dashes help to enhance the other flavors.”