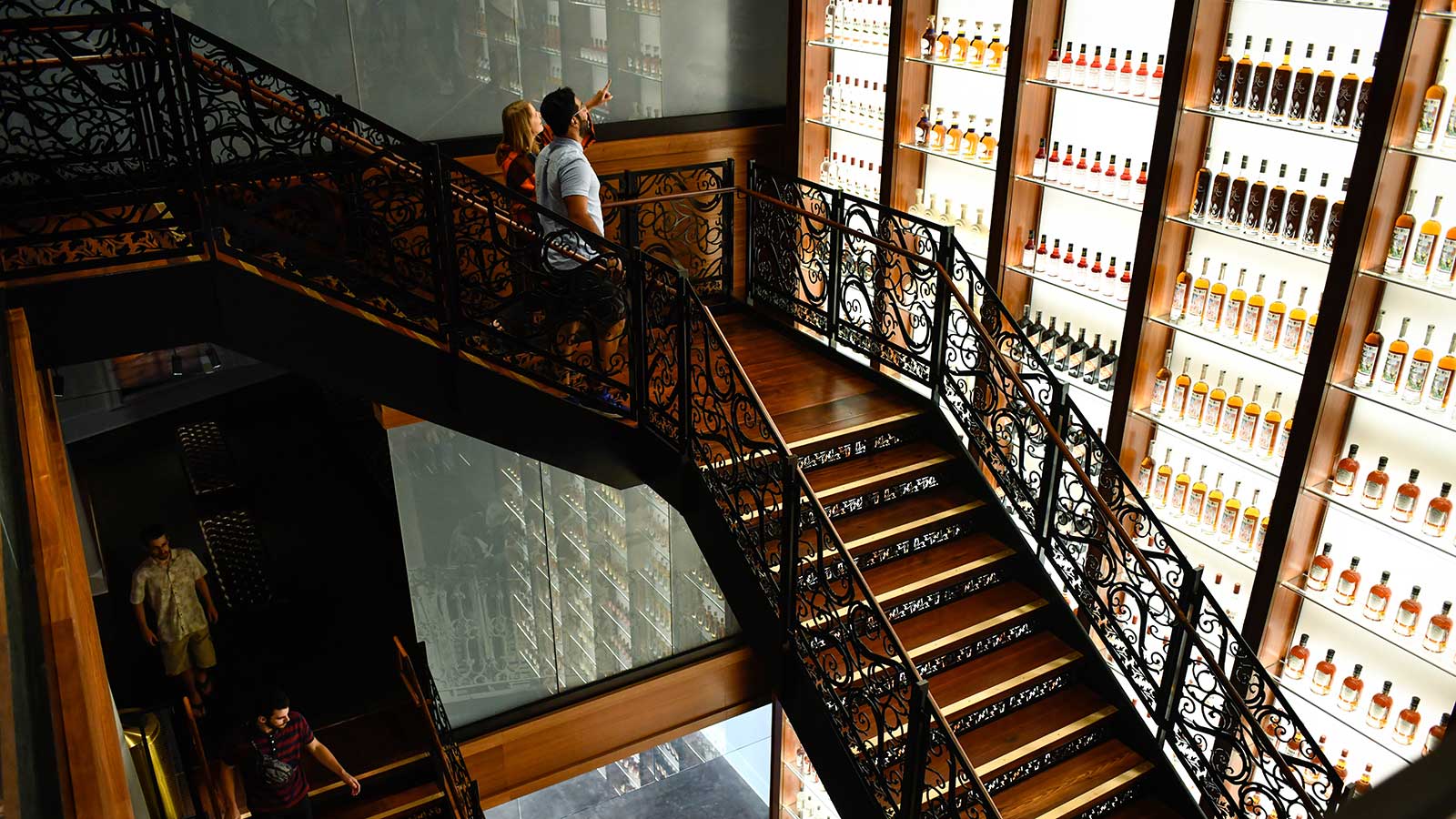 Whisky lovers thirsting for cocktail knowledge can head straight to the source at the newly opened Sazerac House in the heart of New Orleans, where the namesake drink originated. On Oct. 2, Sazerac Co. opened the interactive museum and spirits production facility, shining a light on New Orleans’ massively influential cocktail culture, and producing the Sazerac cocktail’s two most important ingredients—rye whiskey and Peychaud’s bitters—in-house.

Located on palm tree-lined Canal Street, just across from the French Quarter, Sazerac House sits just a few hundred yards from the original Sazerac Coffee House, where the Sazerac cocktail was served in the 19th century. The five-story building features three floors of interactive exhibits across 48,000 square feet that plunge guests into the area as it was in the 1800s. Different aspects of cocktail culture are up for exploration, from contemporary mixology (aided by “virtual bartenders,” visitors can explore cocktail recipes based on favorite flavors and spirits) to the roots of Peychaud’s bitters and the Sazerac family.

The self-guided tour wraps up at the on-site distillery on the museum’s first floor, where visitors can get an up-close look at the 500-gallon still producing rye—the first time that whiskey has been legally distilled in the city’s Central Business District, according to Sazerac Co. David Bock—a veteran of NOLA Distilling and Celebration Distillation—leads operations as distillery supervisor.

Bock is making both bitters and rye on-site, telling Whisky Advocate that the distillery’s four 1,000-gallon cookers will allow it to produce around a barrel of whiskey a day. That liquid, however, won’t mature in Louisiana; it will be shipped to Buffalo Trace Distillery in Kentucky for aging before it’s sent back to New Orleans for bottling. In the meantime, Sazerac is shipping aged barrels of rye from Kentucky to the museum to be bottled as part of the visitor experience. (The bulk of Sazerac rye will continue to be made at Buffalo Trace.) 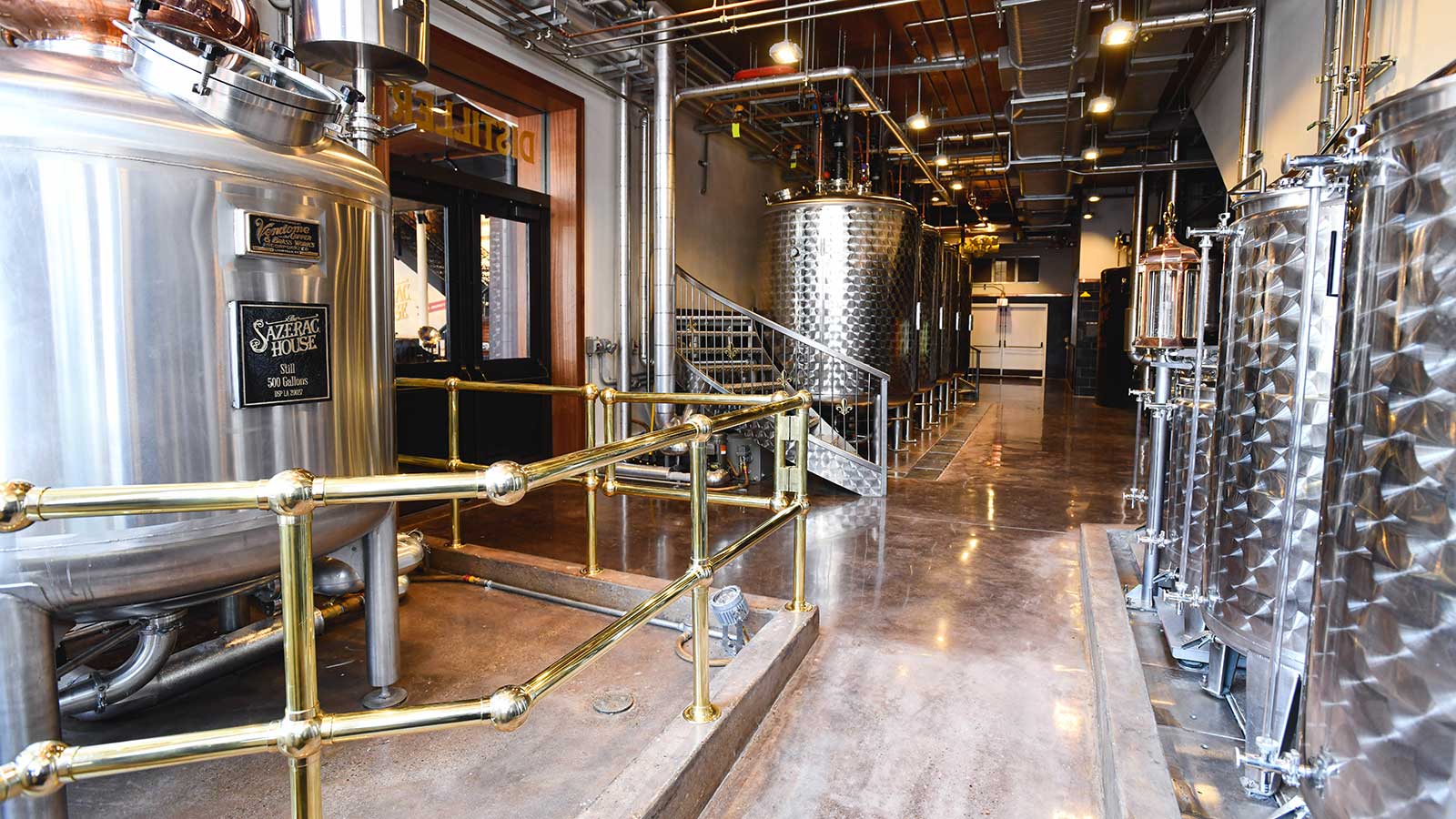 Producing the bitters is a less complex operation. Bock brings in neutral grain spirit and macerates a proprietary blend of botanicals and other ingredients in a custom-built “carousel” of ten 10-gallon tanks. After filtering and cutting to bottle strength (35% ABV), he adds the characteristic red coloring (Sazerac won’t disclose what it’s made of). The bitters are then bottled on-site, although the bulk of Peychaud’s production will continue to take place at Buffalo Trace Distillery in Kentucky.

“In building our distillery at Sazerac House, we wanted, first and foremost, to build an authentic distillery,” Bock says. The initial focus will be on mastering rye and bitters production. “Before we can explore producing any experimental products, we need to be able to distill Sazerac rye whiskey and Peychaud’s bitters in our sleep,” he adds. “It would be a dream to create new products here at Sazerac House—and we hope to do that in the future—but for now we’ll focus on these two essential ingredients to the official cocktail of New Orleans.”

Sazerac House is open Wednesday through Saturday from 1 p.m. to 6 p.m. through the end of November, with plans to expand hours thereafter; complimentary tickets are available on its website.