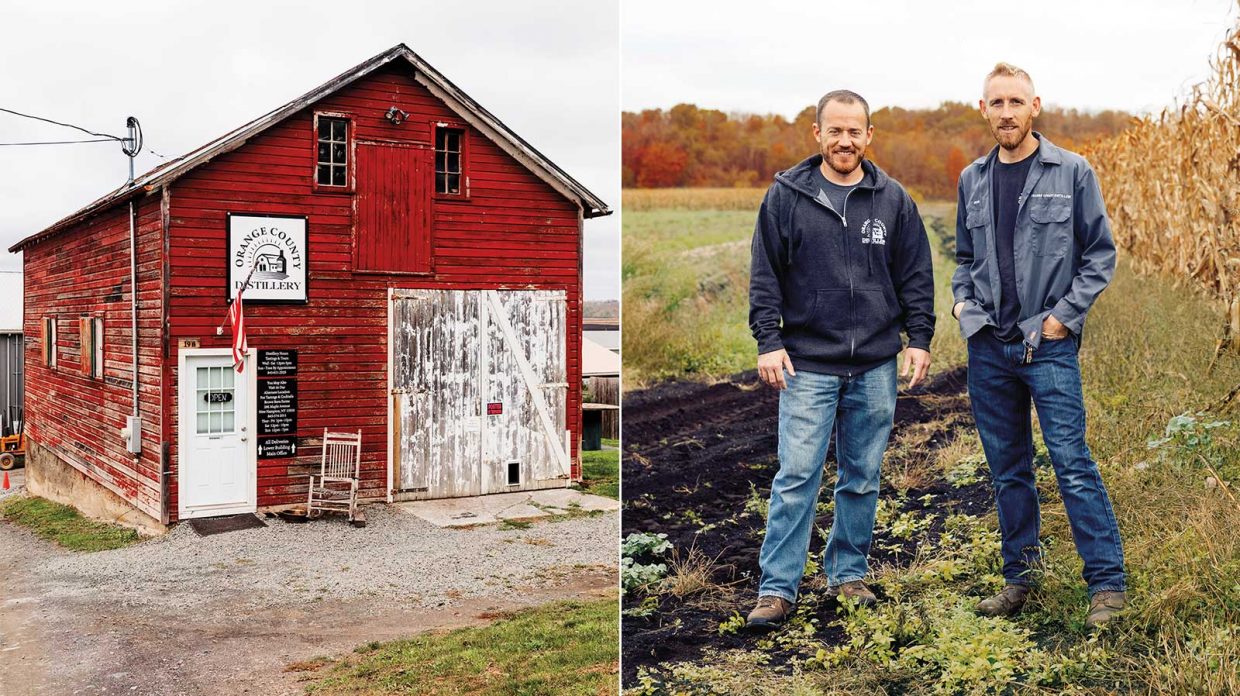 Leaf peeping isn’t just about the sheer beauty of fall foliage. It’s a way of reconnecting with nature, the outdoors, and the flow of the seasons. Peak peeping season coincides with the fall harvest, making a farm distillery an enticing addition to any foliage hunt. Just 30 miles west of the Hudson River is the Black Dirt region, known for its fertile dark soil. Enjoy a tractor ride and go apple and pear picking in the orchards at Warwick Valley Winery & Distillery, which has been making cider from its own orchards for decades. The on-site café hosts live music every weekend in the fall, weather permitting; some weekends are full music festivals and require special ticketing. The tasting room, which has an outdoor patio, offers ciders, wines, and fruit brandies, as well as bourbon and applejack from Warwick’s nearby Black Dirt Distillery. Just a fifteen-minute drive away is Orange County Distillery, a fifth-generation family farm and estate distillery. The distillery offers tastings of aged and unaged rye, single malt, corn whiskey, and bourbon, also for sale by the bottle. Or grab brunch or cocktails nearby at the distillery’s cocktail bar, Orange County Distillery at Brown Barn Farms.

Some of the most spectacular fall scenery in the Northeast is in the Catskill Mountains, just west of the Hudson and north of the Black Dirt region. Driving from Black Dirt, State Route 55 is known for spectacular fall foliage, especially along the Neversink Reservoir. Make a pilgrimage to the site of the 1969 Woodstock music festival and the on-site Bethel Woods Center for the Arts, which features an art museum focused on the 1960s and hosts regular music and film events. A tour and tasting of bourbon, rye, and buckwheat whiskey at the funky Catskill Distilling Co., practically next door, is a must. The distillery’s adjacent Dancing Cat Saloon serves cocktails, wine, and local brews, as well as a casual food menu.

Further north, the Catskill Mountains Scenic Byway along State Route 28 cuts through the heart of the Catskills, with nearly endless opportunities for hiking or lakeside camping. Stop at Union Grove Distillery for a taste of their Catskill Mountain Maple Spirit, distilled from pure local maple syrup and aged in used oak barrels. The Catskill Mountains, once a major resort region, are filled with aging resort hotels with a mid-century charm. But the trees show off their blazing colors despite the lack of an audience—and the higher elevation means the leaves may be more advanced than alongside the river. 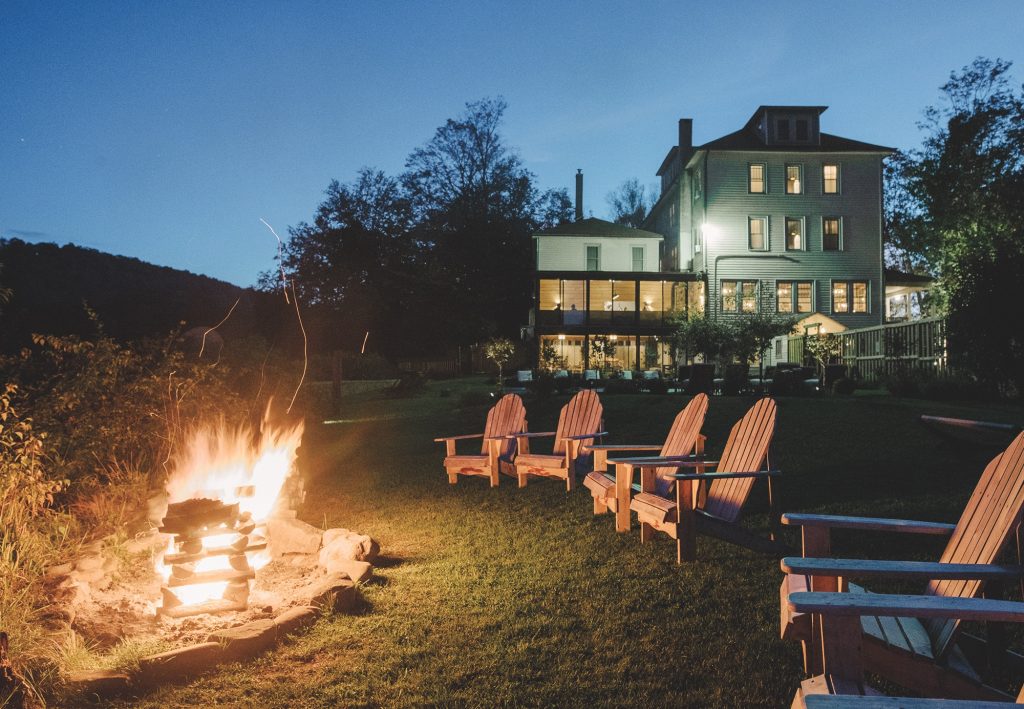 Enjoy a backyard fire at The DeBruce Hotel in Livingston Manor. (Photo by Lawrence Braun)