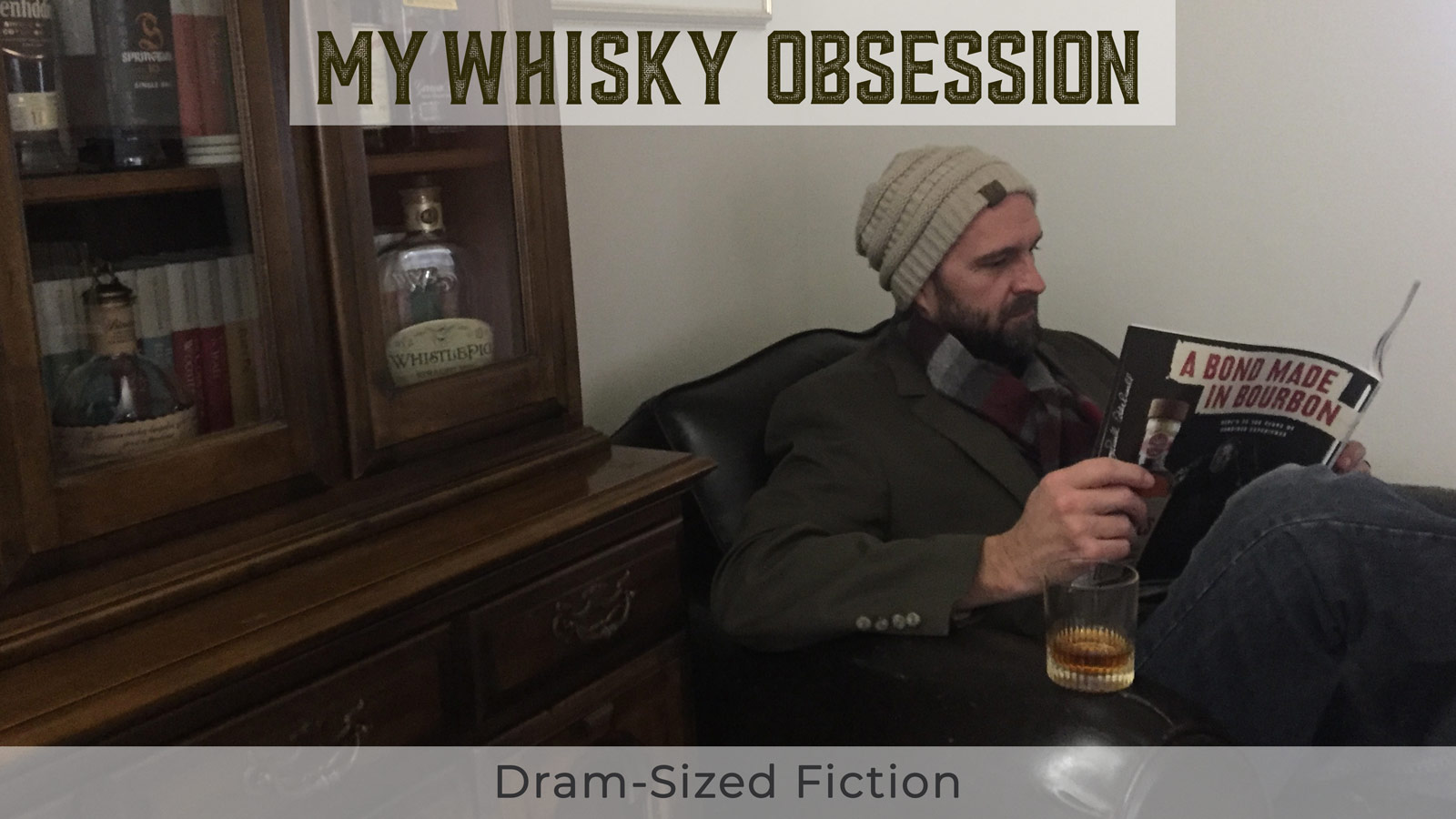 Troy Gregory is an English professor at a Baptist university in Texas. But when the school day is done, he puts on the hat of a whisky short story writer, crafting what he calls “interconnected original stories featuring the culture and lore of the brown spirit.” No, his students don’t know.

Gregory’s interest in alcohol-laced fiction began as a doctoral student when reading Dickens. “I noticed there that alcohol exerted not merely an influence on character, but a considerable influence on plot,” he explains. “I was curious how and why that happened.”

Although he couldn’t convince his advisor to allow him to pursue a doctorate in whisky, Gregory did earn his Ph.D. with a dissertation about writer Robert Smith Surtees, whose characters frequently imbibe in all spirits. “Alcohol in Surtees’ works stimulates and enlivens the plots,” Gregory says. When he discovered P.G. Wodehouse, Gregory realized there was a market for whisky fiction. “I love all his characters and the way they come to life or fail to come to life based on how many whisky sodas they have or don’t have,” he says.

Gregory first attempted to write historical fiction with whisky playing a central role, but that was time consuming, and met with mixed success. So he turned to “dram-sized fiction”, in part because he saw that over the years his students typically preferred quality short works over lengthy ones.

So far, Gregory has written more than two dozen stories, with more “aging” before they’re ready for editing and then publishing on Wattpad. “I’d love to pioneer a new mode of writing known simply as whisky fiction,” he says. “Though, strictly speaking, I wouldn’t be the first to labor at the noble cause. Compton Mackenzie put together some remarkable stuff during the Second World War, and the literary drinking parties of the eighteenth century—well! I’m merely lending new clothes to old ideas”

Whisky Advocate: How did you start writing short fiction infused with whisky lore?

Troy Gregory: I’ve always been interested as a scholar in the presence of alcohol in creative work. I would tinker with a short work here or there, and I had a couple of early aborted attempts where I tried historical fiction, but at that time, whisky was just a theme. I labored at that and couldn’t find a market for it or the time to deal with large creative works. I have funny ideas about readerships today and how much time we have to spend on reading as entertainment. I have developed those over years of teaching and seeing what students will tolerate on a syllabus. I realized that if we have started to enjoy quality over quantity and experience is what we are looking for, I’d only need dram-sized fiction to communicate an idea.

WA: Do you do your best writing before or after a dram?

Gregory: After a dram, decidedly. My imagination, thankfully, intoxicates before my mind or body, and I always try to write from that creative space. Not real intoxication, mind you, just that state of focus which comes from a restorative dram or two that helps push to the background all the distractions of daily life. From that space I find that connections between ideas that are some distance from each other in the sober imagination begin to establish themselves of their own accord. The imagination wanders and the pen or keyboard simply falls in step and records the journey.

WA: What is your writing process?

Gregory: Mostly I procrastinate and scribble story ideas or sentences or plot scenarios to avoid doing other, more pressing things. I think it’s a strange form of therapy for me. When a story idea comes, typically I’ll be most of the way through the first pour or staring at the second with hearts in my eyes. Thankfully I never learned to type properly, and I peck at the keyboard with just the index finger of my right hand. The practice frees my tumbler hand to lift my whisky glass subconsciously.

WA: Which do you come up with first—the overall story or the whisky arc of the story?

Gregory: The whisky arc most often precedes the story. It’s uncanny, really, how writing mimics the whisky process. A story always starts with an idea, and that idea typically needs fertile soil, often times extra fertilizer, rain and sun, some initial nurturing and coaxing and weeding out, eventual separating of grain from chaff and of feints and foreshots, and then—for me at least—it needs to go to the long sleep. I typically barrel my ideas in the rickhouse at the back of the mind and check up on them and thieve from them from time to time until they seem finished.

WA: Has writing about whisky changed the way that you drink it and enjoy it?

Gregory: Because my earliest memories of whisky—and of my father and grandfather—featured exuberance and abundance, my own characters tend to drink heavily and competently. I myself practice moderation. Three to five good-measure drams a day, beginning with the evening meal, typically suffice. So I suppose in one respect I cannot say that writing about drink culture has altered my own drink culture. Then again, a number of my characters insist on drinking only in the outdoors, and since that time, I find myself tippling more and more outdoors—while fishing, hiking in state parks, swimming at favorite swimming holes, mountain or road biking, even tailgating on back country roads.

Gregory: That’s a tough ask. If I had to pick, I’d say “The Right Tumbler.” It’s not exactly biographical in its sequence, though most of the bits come together from disparate happenings in my life. My dad was a prodigious drinker, a fan of Canadian whiskies, and he drank a 40-ouncer a day for nearly a decade. Life with him early on took on the proportions of fiction, and often when I write, I feel him with me. I feel him most in that work, and it remains a favorite for that reason.

WA: You’ve said that whisky is the true fire stolen from heaven, and clearly whisky has a place in your life. Yet you’re a Baptist educator working at a Baptist university. Is there a conflict of interest there? 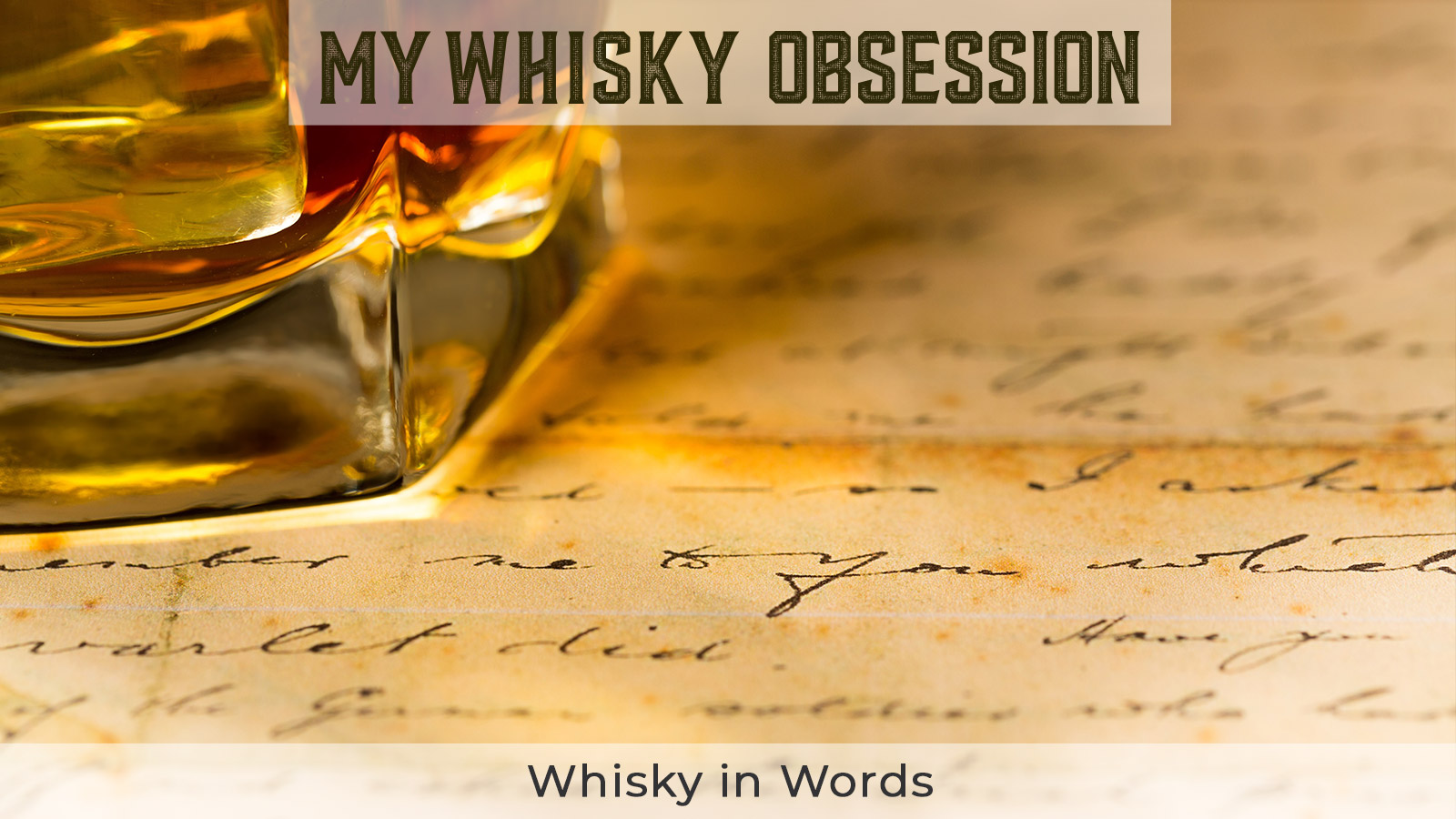 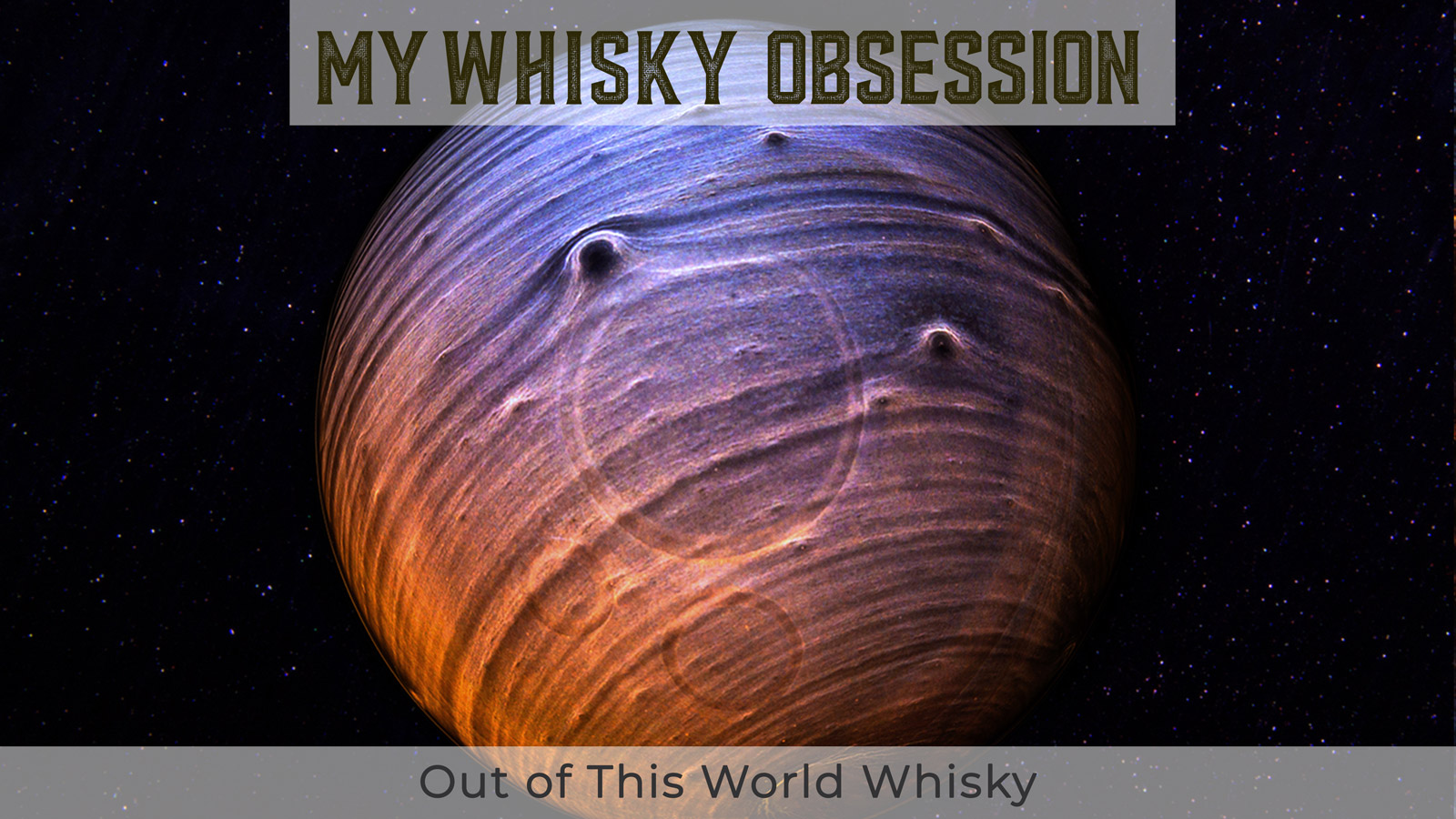 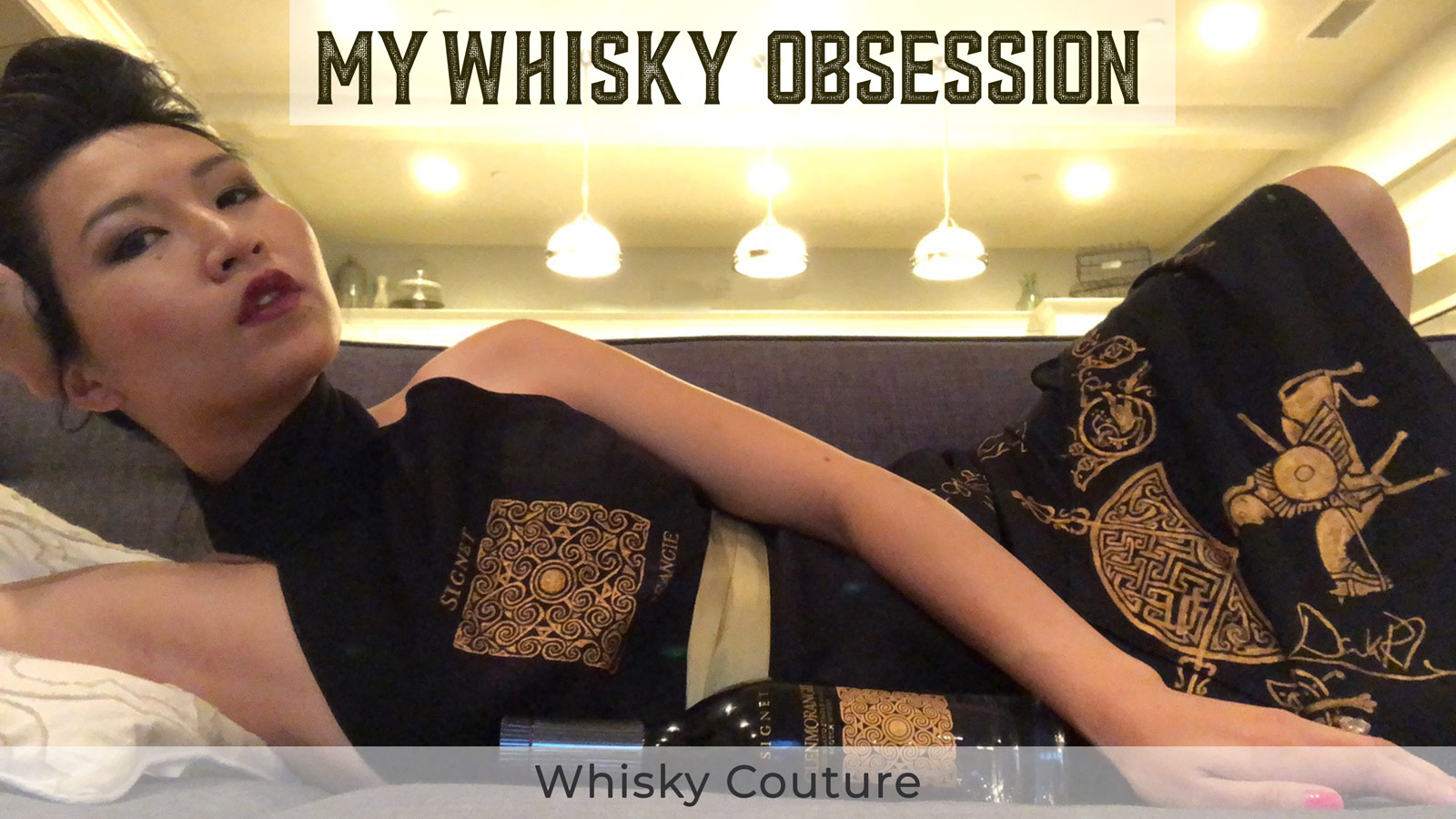 Inspired by distilleries and whisky makers, Linh Do creates bespoke dresses and artwork.