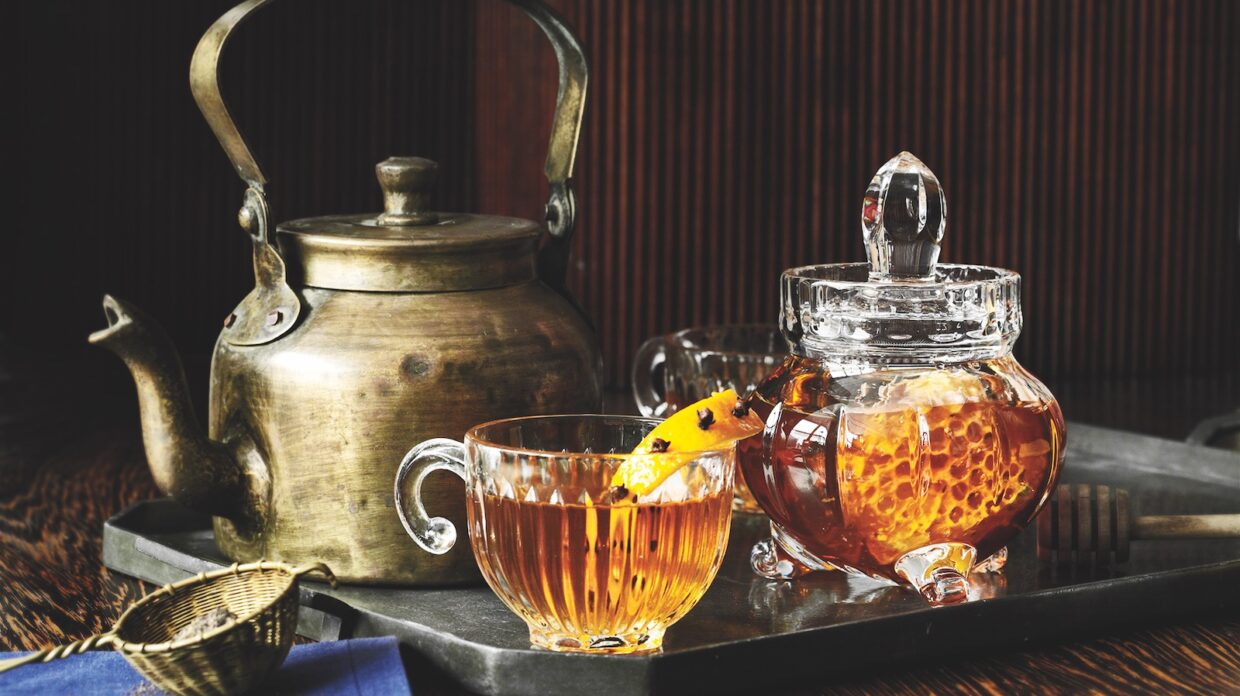 From classics like Drambuie—a liqueur of scotch, honey, herbs, and spices—to honey and whisky mash-ups from Jack Daniel, Crown Royal, Jim Beam, and Bushmills, whisky and honey are the bee’s knees. “The flavors of honey and whisky, particularly bourbon, were just meant to go together,” says Erick Castro, co-founder of Simple Serve and head man behind projects such as San Diego’s Polite Provisions bar and the documentary series Bartender at Large.

As a natural product with a range of types and intriguing characteristics, honey isn’t just one flavor, but many. “One of the coolest things about mixing cocktails with honey is that there are so many varieties out there to choose from,” says Castro. “I would generally try to pair honey varietals with complementary flavors, as opposed to contrasting flavors, but depending on what is in the drink there are really no rules.”

The key to deploying honey is to get it into a stable form so you can actually mix it in drinks. “Before it’s cut with water, honey, in its pure form, is pretty much unmixable,” Castro says. The solution is to first thin the honey with water so it mixes like a sucrose-based simple syrup. “I recommend cutting it with hot water, two parts honey to one part water, so it is much more practical to mix with,” advises Castro. Simply heat water and honey over low heat in a saucepan and stir until well mixed. Cool before use and store in the refrigerator for up to one month.