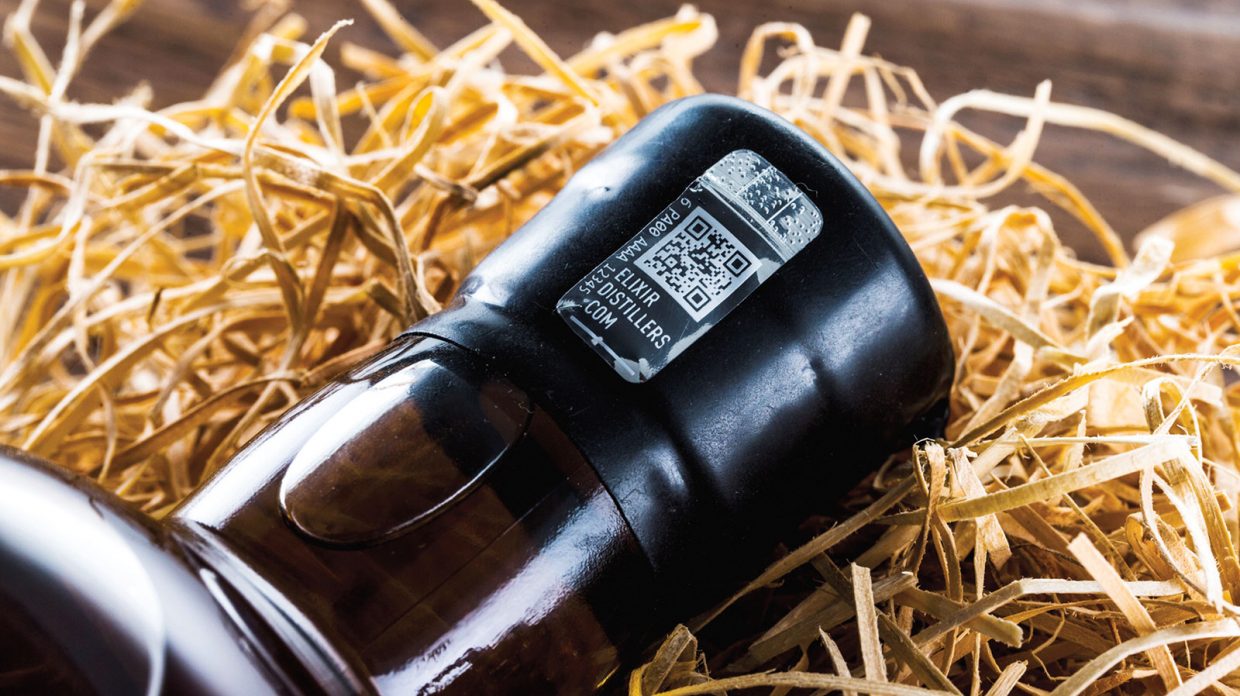 Advancements in technology are making it easier for manufacturers to ensure authenticity.

The whisky industry does invest enormous amounts into detecting fake whisky. However, there’s little to be gained by finding a single fake at auction, or even by taking down a single forger. Efforts are mainly directed against mass volume forgeries being sold in emerging markets. These technologies and tests are helping to thwart whisky forgeries. The Holy Grail remains sealed-bottle testing.

Invisible photochromic inks appear under UV light and holograms can be verified using smart phones or specialized equipment. Unfortunately, even holograms can be counterfeited, so the mere presence of a holographic image is no guarantee of authenticity unless its internal secrets are activated. DuPont Izon® WS includes both a 3D image that appears when the bottle is rotated and a 2D verification code that seals the capsule to prevent refilling.

Internet-connected packaging solutions such as Prooftag and Thinfilm will enable whisky collectors to authenticate bottles using their phones prior to purchase. The technology records a bottle’s sealed or open status, exposing refilled bottles. Elixir Distillers used the technology on their recent release of Karuizawa, The Golden Geishas. “Rarity and high demand offers temptation to fraudsters and so our Prooftag system offers the opportunity for buyers to authenticate their bottle and find out all relevant information about the bottling,” says Elixir whisky maker Oliver Chilton.

Glow in the Dark Whisky

Elements in whisky will react with fluorescent dyes by either quenching or enhancing the fluorescence signal. “We can use this to detect fake whiskies,” Professor Uwe Bunz at Heidelberg University, Germany told Cell Press. “If you buy a crate of expensive whiskies, you can test if they are actually what you think they are.” It can tell whether the whisky is rich or light, older or younger, and Bunz can distinguish fake whisky from authentic bourbon, single malts, blends, and Irish whiskey.

Best known for its use in archaeology and paleontology, radiocarbon dating is used to authenticate whiskies at the Scottish Universities Environmental Research Centre. Dr. Elaine Dunbar and her colleagues have developed a new radiocarbon calibration curve based on the ethanol from the barley, thus excluding wood components from the cask that could confound results. “We looked at a malt whisky labeled ‘Distilled in 1863,’” demonstrates Dunbar. “Using radiocarbon dating, we found that the contents of the bottle were likely distilled between 2003 and 2007, so it’s fake,” says Dunbar.

Mass spectrometry and nuclear magnetic resonance spectroscopy techniques produce a unique profile of the components in a complex liquid such as whisky. It looks a little like a seismograph after an earthquake. For example, it can identify flavorsome congeners and markers for different cask types. The absence of particular peaks in the profile, or the presence of peaks indicating artificial flavorings can help reveal a fake whisky. Distilled Solutions recently unveiled a portable spectrometer that allows testing liquid inside a sealed bottle. It requires comparison to a source record, so holds promise for contemporary releases.

Fakes on the Move

Portable devices using near-infrared spectroscopy can rapidly pick out fakes in the field by assessing the alcohol content, the presence of added sucrose, and harmful substances such as methanol. They can identify large concentrations of denaturants used to convert potable alcohol for counterfeiting, check for non-deionized water used for refills and dilution, and even discriminate Glenfiddich 12 year old from Glenfiddich 18 year old, for example.

Whisky labels tagged with special inks and pigments containing forensically detectable inorganic nanoparticles, covert QR codes, and color-shifting inks that change color depending on the angle of observation all help to dissuade even the most determined whisky forger, while remaining out of sight to the average consumer.