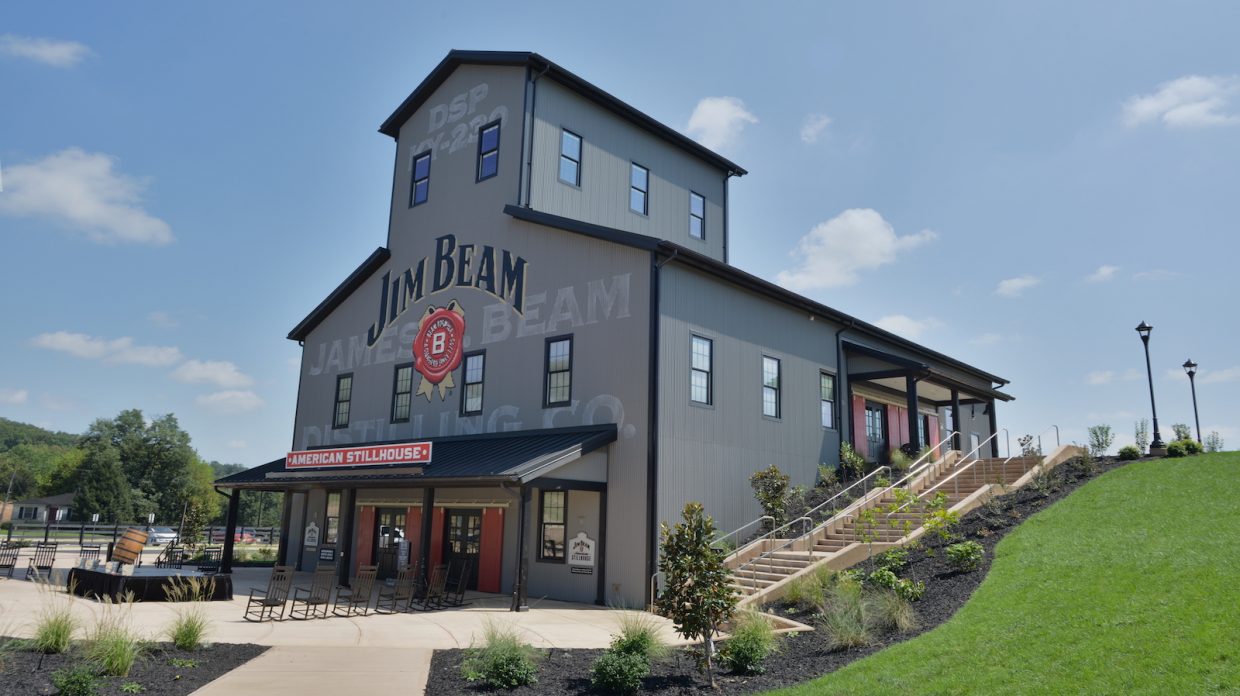 The James B. Beam Distilling Co. in Kentucky is among many distilleries that have shuttered to visitors to mitigate the spread of COVID-19.

The new coronavirus continues to wreak havoc around the world, and the whisky industry hasn’t been spared. As COVID-19 cases continue to increase in the United States and Western Europe, health experts and government leaders are urging social distancing to slow the spread of the disease and lessen stress on healthcare systems. Meanwhile, distilleries and whisky businesses are spearheading their own efforts to mitigate the crisis.

That includes, in some cases, canceling or postponing whisky events, tours, and major festivals, like WhiskyFest Chicago, originally slated for March 27 and now rescheduled to December 11. Big Smoke Meets WhiskyFest, which was set to take place April 3-4 in Hollywood, Florida, is also being postponed, with a new date coming soon. Several other U.S. whisky events have canceled or postponed.

Fèis Ìle, Islay’s beloved whisky and music festival that takes place in late May, draws thousands of international visitors a year. But on March 18, the festival announced on its Facebook page its decision to cancel, following Scottish government guidelines. “We are devastated to have to announce this,” the festival wrote. “We love our festival and welcoming people from around the world.” The decision came after thorough consideration of the impact on islanders, local businesses, and visitors alike. “After lengthy discussions between the [festival] committee and our distillery partners, [we] have concluded no other option was viable,” the festival added. The announcement follows an earlier statement from March 12, after Scotland First Minister Nicola Sturgeon called for banning gatherings of more than 500 people starting March 16. “The welfare of islanders and visitors alike is of utmost importance, including the festival’s impact on health and transport services,” the festival wrote at the time.

On Scotland’s mainland, the Spirit of Speyside announced on March 17 the cancelation of its 21st annual whisky festival. “Our festival welcomes visitors from across the globe to the region each year, and it is our priority to keep both our visitors and the local community safe,” chairman James Campbell said in statement on the festival’s website.

Tours Suspended, But Production Goes On

In Scotland, more than 60 distillery visitor centers have closed or temporarily suspended tours because of the coronavirus outbreak as of March 17, according to the Scotch Whisky Association. Given how fast the situation is changing, it’s “too early to assess at this stage what the impact on the scotch whisky industry will be,” the association said in a statement. “Despite some inevitable disruption to exports, global travel retail, and tourism to distillery visitor centers, we remain confident in the long-term growth opportunities for scotch whisky at home and abroad.”

Scotland’s largest distillery owner, Diageo, tells Whisky Advocate it made a precautionary decision March 16 to temporarily close all 12 of its distillery visitor centers in Scotland—including the likes of Lagavulin, Cardhu, and Oban—until April 3, pending further review. Similarly, Roe & Co Distillery and the Guinness Storehouse in Dublin, Ireland have closed following government advice until March 29. In the U.S., the company shut down visitor centers at its Kentucky sites—including Bulleit Distilling Co. in Shelbyville and Stitzel-Weller in Louisville—as well as George Dickel at Cascade Hollow Distilling Co. in Tullahoma, Tennessee, effective March 13. They’ll remain closed “until health and state advice changes,” a spokesperson for the company said, with the goal of minimizing risk to guests and staff.

The Kentucky Distillers’ Association (KDA) has urged members to take all necessary precautions to protect guests and staff on the state’s hallowed Bourbon Trail. There are no confirmed cases of coronavirus at any KDA member company, the association said March 12 in a release, and the virus hasn’t affected production, with all production facilities operating as usual while following increased health and safety protocols. Distilleries are implementing stringent measures to protect visitors, including enhanced sanitation measures, limiting tour and tasting group sizes, and following guidance from the Centers for Disease Control and Prevention and state health department.

Some distilleries, however, are suspending tours, while others are scaling back tours of sensitive areas like production and bottling facilities, KDA board chairwoman Jessica Pendergrass said in a statement. Companies and distilleries “are taking these steps to ensure the health and well-being of visitors and employees, and to support broader initiatives across the commonwealth” to limit the spread of the coronavirus, Pendergrass added. “At the same time, we want to assure everyone that bourbon production continues on schedule.”

Several major whiskey distilleries are closed to tours, including Jim Beam and Heaven Hill. Brown-Forman-owned Woodford Reserve and Old Forester both temporarily put a halt to tours at their distilleries starting March 15, joined by Jack Daniel’s on March 16, which also temporarily closed Miss Mary Bobo’s Restaurant and the Lynchburg Hardware & General Store. Around 150,000 people visit Woodford Reserve’s Versailles distillery each year, Woodford public relations and partnership manager Chris Poynter tells Whisky Advocate. “Tours will remain suspended indefinitely until we feel that we can safely reopen,” Poynter says. “The distillery itself, the production of whiskey, is still happening, [thanks to] our dedicated distillery workers, but the tourism portion is closed. Right now we’re focusing completely on the safety of our employees and customers. We’re very hopeful that we will all weather through this.”

Similarly, Brown-Forman spokeswoman Elizabeth Conway tells Whisky Advocate that while tours may have taken a momentary pause, production of Old Forester hasn’t stopped. “As a 150-year-old brand, we’ve been through unusual times before, and are committed to protecting our people, and the quality and safety” of the whiskey, Conway says.

Beyond suspending tours, some craft distillers have sprung into action by turning their high-proof spirit into hand sanitizer, and, in some cases, giving it out for free, to combat the spread of the virus, including Old Fourth Distillery in Georgia, and Eight Oaks Farm Distillery in Pennsylvania, while Catoctin Creek in Virginia said on Twitter on March 17 that it donated five gallons of sanitizer to the state police, charities, and individuals in need.

Pernod Ricard owns several U.S. craft distilleries, including Smooth Ambler, Rabbit Hole, and Firestone & Robertson, and is using them to produce hand sanitizer. Several other major distillers are converting production to making hand sanitizer or ethyl alcohol for use in hospitals and for other medical purposes. On March 19, the Alcohol and Tobacco Tax and Trade Bureau (TTB) waived the need for distilled spirits permit holders to obtain authorization prior to producing hand sanitizer or ethanol for use in hand sanitizer, enabling many more distilleries to quickly respond to the crisis using their equipment.