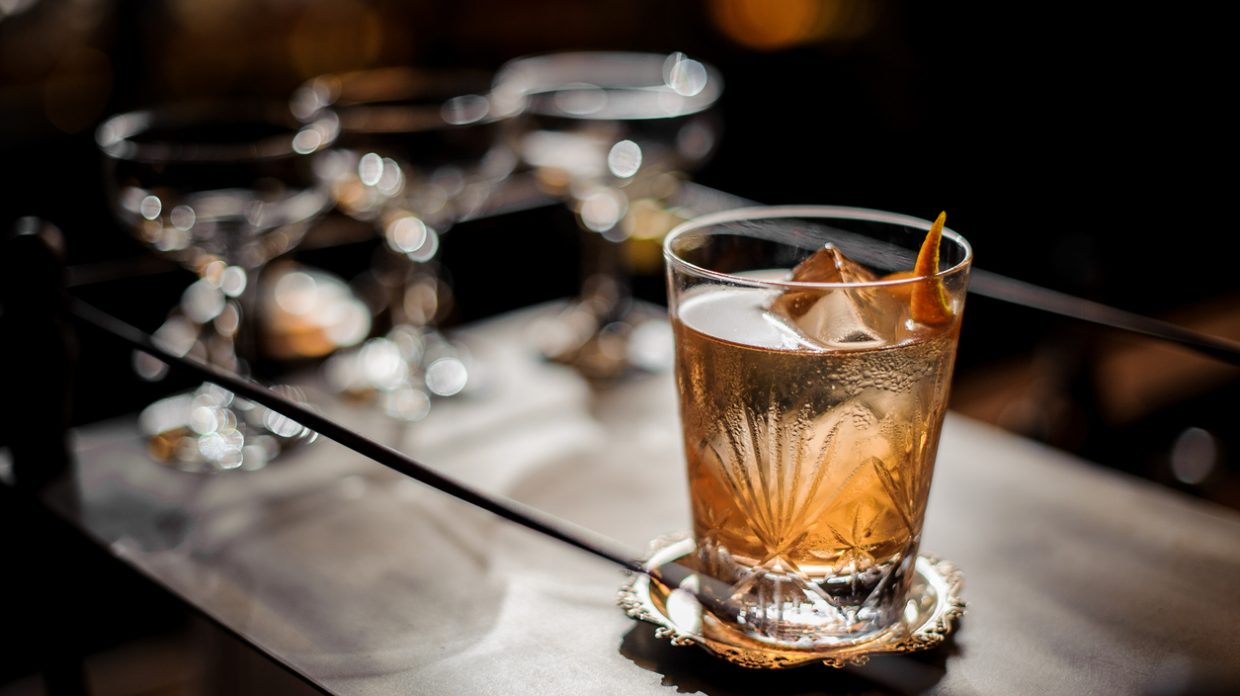 The first thing to know about aged gin is that there is no such thing. The Alcohol and Tobacco Tax and Trade Bureau (TTB), the arm of the federal treasury department that defines spirits categories, recognizes gin only as an unaged spirit. The next bit of wisdom to soak up is that spirits that are flavored with juniper and stored in wooden casks nevertheless do exist. They are the closest gin gets to whisky, and so make an interesting summertime segue for the whisky drinker. Hearty and spicy, these gins are appropriate for both gin and whisky cocktails and drinking on the rocks or neat.

The aged-gin conundrum is really one of legal nomenclature. While the TTB has no problem with spirits makers maturing gin in wood casks (what most of us would call aging), it fails to recognize the growing assortment of aged gin. The TTB is slowly churning through the bureaucratic process of permitting age statements on gin labels. Until that becomes a reality, those in search of aged gin’s savory charms need to seek label statements like “rested,” “finished,” “barrel,” and “reserve”—code for aged.

The historical argument for aged gin is that before glass-lined casks and bottled spirits, gin had to be shipped and stored in wood like all liquids. A more current argument for the spirit is innovation. “The barrel-aging technique is at the heart of American invention and imagination,” says Joe Heron, whose Copper & Kings Distillery makes a number of gins. But the most cogent argument is flavor, which can be eye-opening. “It’s gin for the whisky drinker as well as a whisky for the gin drinker,” says Paul Hletko, founder of FEW Spirits, who released a barrel-aged gin in 2012, when they were scarcely known. “It causes people who see themselves as only drinking one of the two to explore both kinds of spirit.” For their barrel-aged gin, Vapor Distillery of Colorado uses the term “ginskey” to suggest its dual identity.

While the TTB does not permit an age statement, they are more tolerant of producers who identify the casks the gin was matured in on the label. Generally speaking, wood maturation of gin is brief by whisky standards—in most cases, from a few months to a little over a year—and may change from batch to batch as makers strive for consistency. Aaron Selya, head distiller of Bluecoat gin, works to ensure their Barrel Finished American dry gin is balanced and not overwhelmed by whisky-like wood flavors. That is one of the reasons he blends gins aged in both new and used barrels.

Unlike whisky, whose aging and ingredients are closely regulated, gin is a playground for distillers. Where else can a whisky distiller tinker with combining citrusy and herbal botanicals with toasty, smoky oak? In the eyes of the federal government aged gin may not exist, but in the glass of whisky lovers, it sure is tasty.

Beefeater Burrough’s Reserve—43%, $75
Named after the Beefeater Founder and distilled using his original still. This English gin is rested in red and white Bordeaux casks for creamy wood and fruit notes with citrus and crisp pine.
Mix this: Dry Martini

Copper & Kings The Ninth. A Symphony in Orange—45%, $35
A Kentucky gin distilled from apple wine and finished in orange curaçao barrels. Besides orange, it has pronounced juniper, as well as pine, agave, and breathy floral notes.
Mix this: Sidecar

Ransom Old Tom—44%, $37
Cocktail historian David Wondrich had a hand in reviving this heritage style rested in wine barrels. Its malty body is also floral, with orange, leather, spice, and pine.
Mix this: Martinez, a precursor to the Martini