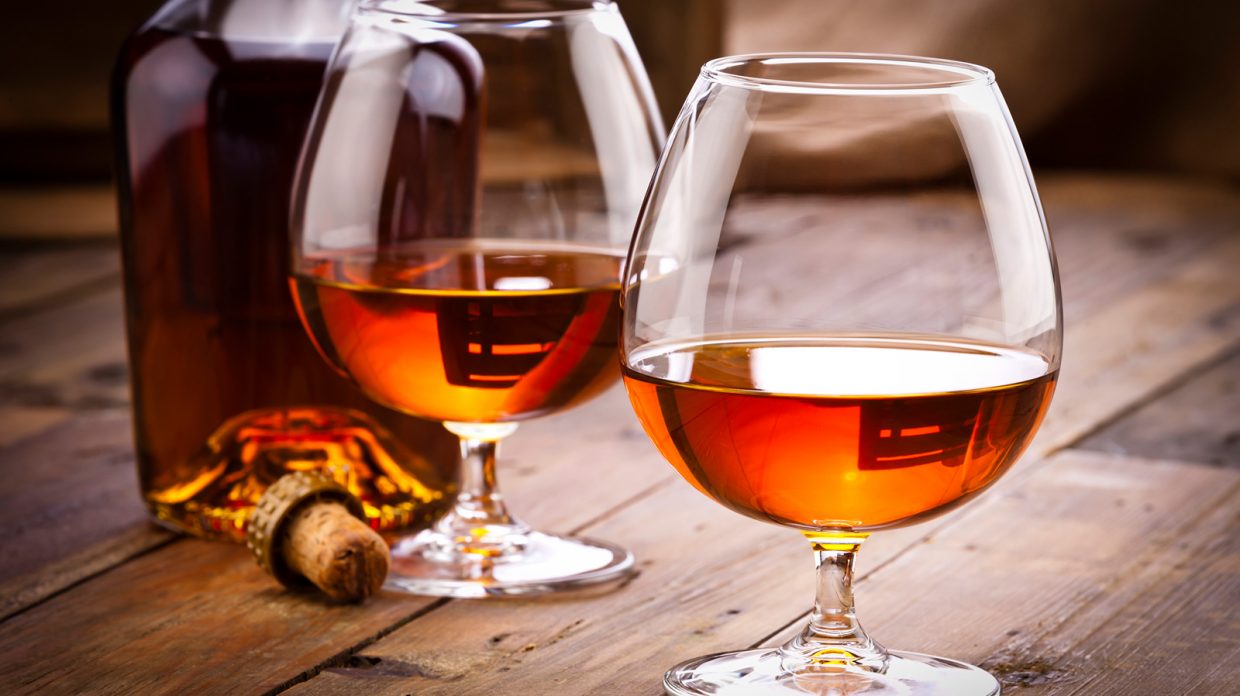 Whisky's rise has helped cognac grow as well, with the two spirits sharing a number of similarities. (Photo by iStock/fcafotodigital)

Cognac may be distilled from grapes rather than grain, but its similarities to whisky are hard to ignore. Like whisky, its popularity is booming and Cognac exports to North America jumped 14.2 percent in volume last year. Increasingly, Cognac makers are also expanding the French brandy’s stylistic boundaries. They’ve taken a page from the whisky playbook, making Cognacs with special finishes and adding numerical age statements. Small producers are releasing their own Cognac labels alongside the large, historic Cognac houses.

Cognac’s appellation of origin regulates everything, from which grapes can be used and where they’re grown to how they’re vinified, distilled, and aged. The most common grapes used in Cognac are the white grapes Ugni Blanc, Folle Blanche, and Colombard. They make thin and unremarkable wines, but are transformed with distillation and aging. The Cognac region surrounds the town of the same name in a coastal region near Bordeaux. Within Cognac are six growing regions, called crus, delineated by their soil. They are Grande Champagne, Petite Champagne, Borderies, Bons Bois, Fin Bois, and Bois Ordinaires.

Most Cognacs blend across the regions. Brandies labeled with the names of one of the crus come exclusively from that cru. The products of Grande and Petite Champagne are often touted as the most desirable, and the best, like Louis XIII de Rémy Martin, are famous as luxury goods. A Cognac labeled Fine Champagne, like Rémy Martin VSOP, reflects a blend of at least 50 percent Grande Champagne with Petite Champagne.

The leading houses in Cognac (Courvoisier, Hennessy, Martell, and Rémy Martin) do very little actual distilling themselves. Middlemen distillers and some of the 5,000 independent farmers in the region make the bulk of Cognac in their own pot stills. The larger Cognac houses then focus on managing the complex aging and blending processes.

Like whisky, Cognac is matured in oak casks. New spirit is placed into new Limousin oak, then often moved into older, more neutral casks. Unlike whisky, Cognac traditionally eschews specific age statements in favor of broader age categories. The opening standard is VS (very special), aged at least 2 years in cask. VSOP (very superior old pale) is at least 4 years old; Napoléon is aged a minimum of 6 years; and as of April 2018, XO (extra old) spends at least a decade in a barrel. However, some Cognac labeled XO is much older than the minimum in practice, often by a couple of decades or more. Some producers also now release Cognacs with traditional age statements, like Courvoisier’s 21 year old.

Beyond XO is Hors d’Age, often used for a house’s most exquisite blends. These blends must be at least 6 years old, but by tradition they’re far older and can contain some eaux-de-vie that are over half a century old. Examples include the likes of Louis XIII de Rémy Martin, Hennessey’s Paradis Impérial, L’Essence de Courvoisier, and L’Or de Jean Martell, all with price tags of $3,000 and up. They often include prized spirits from as far back as the 19th century, surpassing any whisky you’re likely to find, at least in age.

Cognac for Whisky Lovers to Try

Martell Blue Swift, 40%, $50
Finished in bourbon barrels that impart caramel, vanilla, and a slight bite to the candied plum of this VSOP.