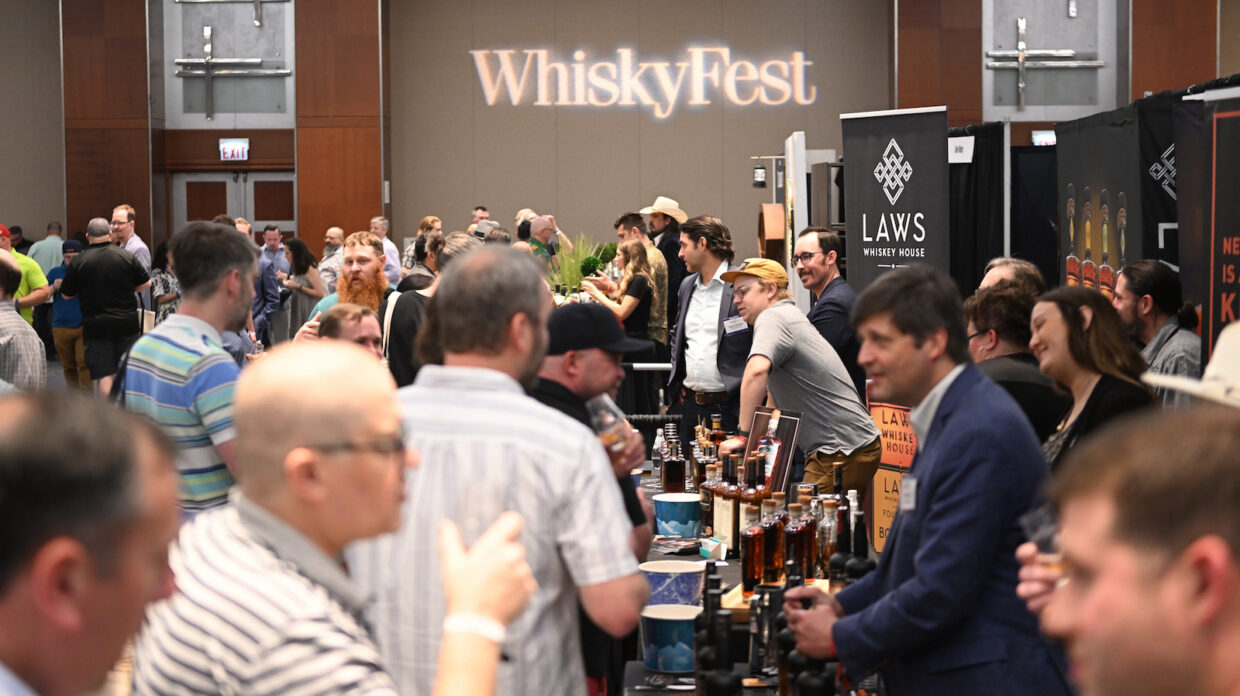 The ballroom at the Hyatt Regency in Chicago was swiftly filled with ardent whisky lovers during WhiskyFest Chicago.

A spirited crowd of whisky lovers gathered on May 13th at the Hyatt Regency in Chicago for the first WhiskyFest of 2022—a night that delivered hundreds of delectable drams as well seminars from Heaven Hill, Bardstown Bourbon Co., FEW Spirits, and Ardbeg and Glenmorangie.

A number of Whisky Advocate Top 20 honorees from the 2021 list were on offer, including Nikka Taketsuru Pure Malt (No. 15), Peerless Small Batch Double Oak bourbon (No. 8), and Jack Daniel’s 10 year old Tennessee whiskey (No. 4). Past Whisky of the Year honorees were also poured, namely Larceny Barrel Proof, George Dickel Bottled in Bond, Nikka From The Barrel, and Elijah Craig Barrel Proof.

Aside from getting a chance to taste some of the more well-known pours, attendee Mike Woods was excited about a brand new whisky on the floor. “Fuji whisky is a brand new Japanese whisky that I got to try tonight—it’s like 1,000 butterflies dancing on your tongue, just amazing,” he said. “This is its debut in the States, and it’s so cool that a festival like this can be a great showcase for a fantastic new brand.” For its WhiskyFest debut, Fuji poured its original whisky, a single grain expression, and its 30 year old single grain, the latter available during VIP hour only. 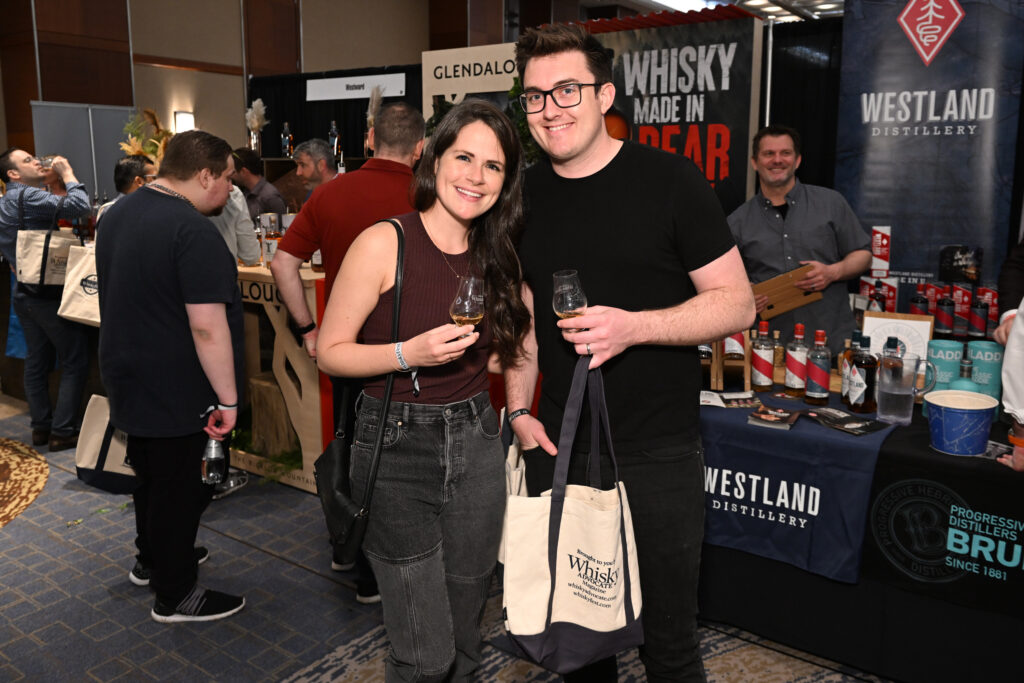 Fadi Najjar, who attended the VIP hour, also agreed that Fuji was a standout of the evening. “That 30 year old was unbelievable,” he said. “This was my first WhiskyFest, and that one alone made it well worth it.” A collector, Najjar favors Islay scotch, Japanese whiskies, and bourbon.

Of course, hundreds of other whiskies were available beyond the VIP pours. The American contingent was represented by prized brands like Balcones, Blanton’s, Sazerac, WhistlePig, New Riff, and Blade and Bow. At the Blade and Bow table, where the flagship whiskey and a 22 year old bourbon were available, repeat tasters became the norm for the evening. “We’ve had a great night here, with people telling us candidly how much they love the whisky,” said traveling ambassador Tim DeLonjay. “We’ve had repeats, and several people who aren’t bourbon drinkers told us they love it.”

From across the pond, plenty of Irish brands were also on hand, with Powers pouring as well as Limavady, Roe & Co., Knappogue Castle, and Bushmills. Scotch, too, was available aplenty—with top expressions from Ardbeg, Mossburn, Caisteal Chamuis, Mortlach, Tamdhu, Talisker, to name just a few.

Seminars punctuated the evening, providing attendees with a chance to engage with brands even more closely. Bardstown Bourbon Co.’s vice president of development Dan Callaway led a seminar on the company’s Discovery Series #7, tasting attendees through the individual whiskeys in the final blend and explaining the creation process. From FEW Spirits, founder and master distiller Paul Hletko was joined by director of advocacy Kyle McHugh for a talk on all-things Chicago-style whiskey. Later, Heaven Hill master distiller Conor O’Driscoll sampled guests through the distillery’s Heritage Collection, while also offering some glimpse of future plans. Ardbeg and Glenmorangie concluded the night’s seminars with a joint discussion of both whiskies.

WhiskyFest teams up with Cigar Aficionado’s Big Smoke event for cigars and whisky at the Seminole Hard Rock Hotel in Hollywood, Florida on May 28. The year’s remaining WhiskyFest events in San Francisco, New York, and Las Vegas are slated for the fall. Purchase your tickets here.