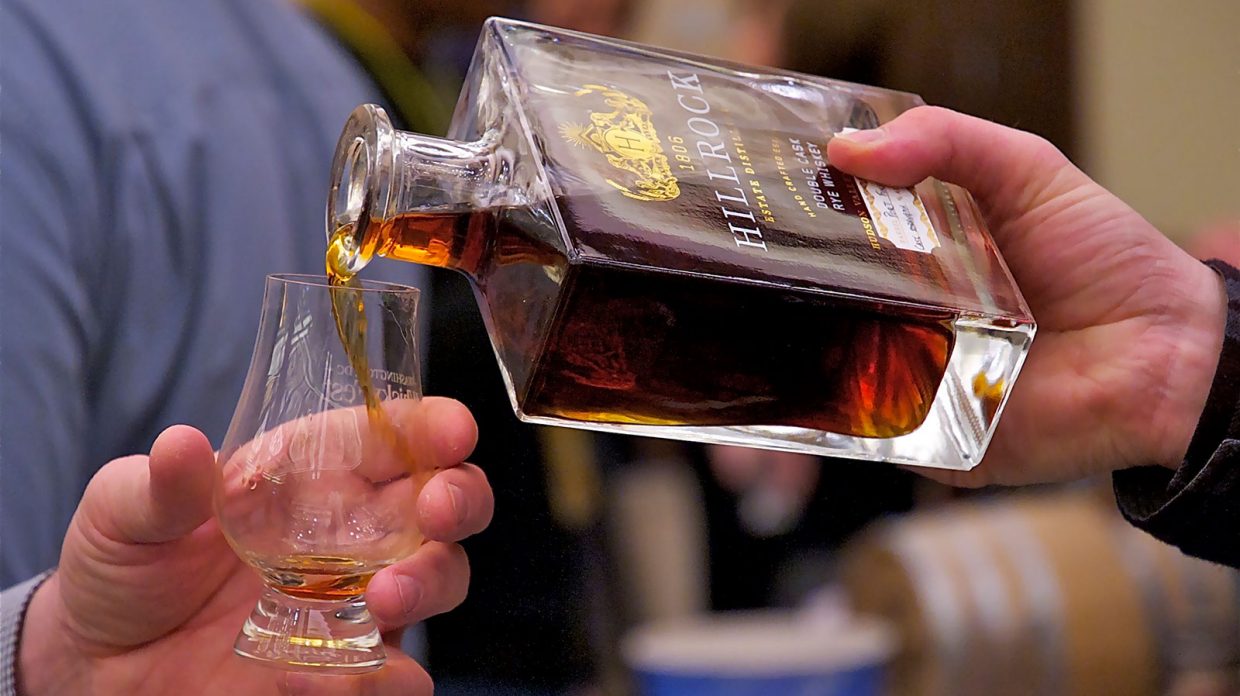 Hillrock Estate will be among the local producers pouring their whiskeys at WhiskyFest New York on December 4, 2018. (Photo by Peter Wagner Creative)

WhiskyFest New York takes place December 4th, and with over 475 pours on offer, the only difficult part of the event is choosing what to taste. Many attendees structure their choices around a single style, like scotch or bourbon, while others choose to focus on what’s new. If you aren’t sure where to start, read up on our strategies for making the most of your evening—or simply let this list be your guide.

And don’t forget that when you’re ready to take a break from the floor, there are a dozen seminars packed full of whisky education and rare drams—the perfect way to get off your feet while continuing the evening’s fun.

A few tickets for WhiskyFest New York are still available—get yours before they sell out! —Ted Simmons and Susannah Skiver Barton

Arguably one of the most exciting new releases from Ireland, this whiskey is made with malted and unmalted barley and at least 30% rye. It was the first whiskey fully made at Kilbeggan after the distillery underwent extensive renovations. While it’s not a single pot still whiskey due to some changes in the legal technicalities, the robust character imparted by its pot still distillation shows up in full force. —SSB

Earlier this year, we spoke to master blender Rachel Barrie about the different sherry casks used to mature GlenDronach, and you’ll be able to taste the difference yourself at WhiskyFest by sampling the 12 and 18 year old expressions. Whereas the 12 combines Oloroso and Pedro Ximénez casks, the 18 is exclusively matured in Oloroso butts. If you are new to sherry cask maturation or just looking to refine your sherry-loving palate, this side-by-side opportunity will deliver insight and some tasty whisky to boot. —TS

Nikka From the Barrel

Although it’s been available overseas for a number of years, Nikka From the Barrel finally hit U.S. shelves in 2018. It was worth the wait. This special blend includes over 100 different malt and grain whiskies from Nikka’s Yoichi and Miyagikyo distilleries, aged in a variety of cask types. It has balance, heft, and incredible flavor—don’t pass it by. —SSB

Known as the “Metallica whiskey,” Blackened was created by the late and legendary master distiller Dave Pickerell and represents his final magnum opus. A blend of American whiskeys, Pickerell used a proprietary “sonic enhancement” technique, blasting the band’s songs into the warehouse as the whiskey spent a finishing period in brandy barrels. Taste for yourself how different tracks impacted the final flavor—and raise a toast to Pickerell while you’re at it. —SSB

Attendees can taste the entire Dewar’s range—12, 15, 18, and 25 year olds—but it’s the final pour that will have you asking for more. Finished in Royal Brackla casks, the 25 year old features an added flourish beyond its extra years, earning a 93 point score in our Spring 2018 buying guide. Our reviewer called the whisky “brilliant liquid: smoothness personified,” and you’ll get the chance to confirm or refute that assessment. —TS

The 2017 Whisky of the Year continues to represent one of the boldest, best bourbons available today. Be sure to get a taste of the current batch; if you’re an existing fan, you can see how it measures up, and if you’re new to Elijah Craig, you’ll taste for yourself what the fuss is all about. —SSB

Bob Dylan-affiliated brand Heaven’s Door is pouring its three core whiskeys—bourbon, rye, and Double Barrel—all night at WhiskyFest New York. Be sure to stop by for a taste, maybe even to see which Dylan song they pair best with: we promise you won’t have to knock. —SSB

A number of whiskies from both last year’s Top 20 list (and this year’s—but we can’t tell you which ones yet!) will be on offer at WhiskyFest New York, but 2017’s number 12 shouldn’t be passed by. Rebel Yell 10 year old Single Barrel has all the makings of your next favorite whiskey: it is well-aged, well-proofed at 50% ABV, released annually, and—at only $60—priced so right that you can continue to keep it stocked. Get a taste at WhiskyFest for yourself. —TS

We’ve discussed whisky made without traditional barrel aging before…but California-based Endless West is doing something completely different. They’ve created a “molecular spirit” that smells and tastes like whisky without using fermenters, stills, barrels, or any of the trappings of a distillery. Intrigued? Indignant? Take an open-minded—or at least, an open-mouthed—approach and try it for yourself. —SSB

Channel your inner Sherlock Holmes as Glenlivet pours this whisky without offering a single tasting note. The Speyside distillery did something similar in 2013 with its Alpha release, and once again challenges tasters to parse out aromas and flavors for themselves. You’ll have a chance to make up your mind at WhiskyFest New York. —TS

Diageo is still deciding exactly which of the Game of Thrones single malts it will pour for WhiskyFest attendees, but rest assured—they will be worth seeking out. (All eight of the scotches will be available at one of the evening’s seminars, hosted by brand directory Ewan Morgan and national scotch educator Rasmus Just.) If that’s not enough Westeros-themed scotch for you, make sure you stop by the Johnnie Walker table to taste White Walker and ogle its nifty bottle that reveals a surprise when chilled. —SSB

WhiskyFest New York takes place on December 4th, the day before Repeal Day, when Prohibition ended in 1933. Start celebrating a little early with this limited-edition bourbon from Jim Beam, which is packaged in a throwback-style bottle similar to what would have been sold back in the ’30s. —SSB

Attending WhiskyFest includes tasting whiskies that are out of reach for your ordinary budget. With that in mind, Balvenie will be pouring their 21 year old PortWood, a personal favorite of malt master David Stewart, and a fairly spendy bottle for the everyday drinker. (Even better, for VIP attendees, Balvenie is offering DoubleWood 25 year old and the latest batch of Tun 1509.) While cask finishing is ubiquitous now, Stewart have been at it for decades with Balvenie, his mastery on full display here. —TS

As usual, WhiskyFest New York will feature a number of craft distillers from around the country. Don’t miss FEW from Chicago, pouring its bourbon, rye, single malt, and brand-new American whiskey. Texas distillery Balcones will have a range of its whiskeys, including the smoky, fiery Brimstone. From California, Hotaling & Co. will offer the Old Potrero lineup of ryes and J.H. Cutter American whiskey, while Graton Distilling Co. is pouring Redwood Empire American whiskey (and a barrel-finished gin). Kentucky’s Limestone Branch will offer Yellowstone bourbon and Minor Case rye, while Indianapolis-based Hotel Tango will offer its whiskey and bourbon. Meanwhile, Colorado’s Stranahan’s will be on hand with its various single malts, while its neighbor, Laws Whiskey House, will be pouring a number of bourbons and ryes. From closer to home, Hudson, Hillrock Estate, and Widow Jane are all representing the Empire State with their bourbons and other whiskeys. —SSB 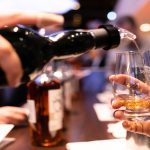 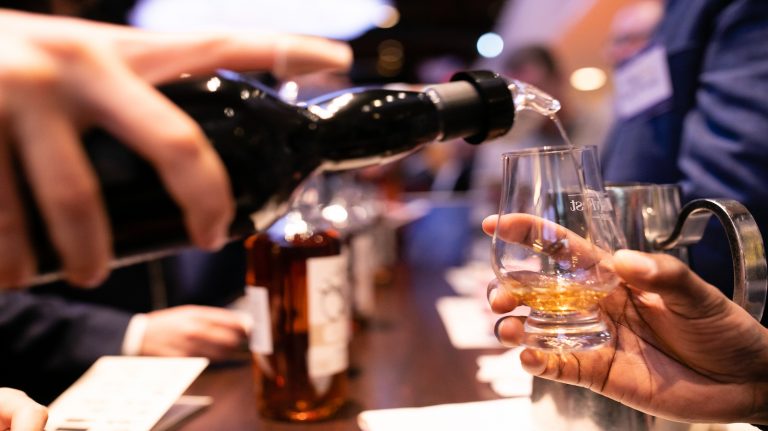