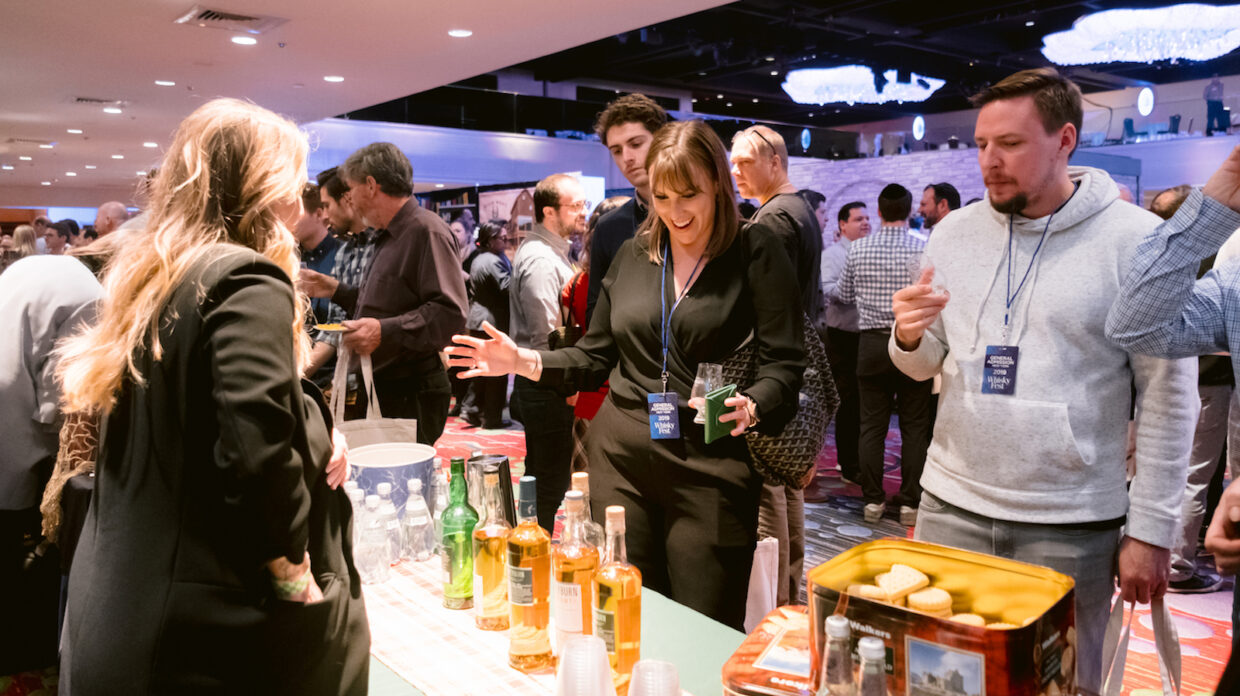 Get excited for a bounty of whisky at this year's WhiskyFest New York, which comes to the Marriott Marquis on Thurs. Nov. 11.

WhiskyFest New York offers a chance to meet the makers and other experts behind your favorite whiskies, reconnect with old friends, and even make some new ones—perhaps over a whisky you’ve never tried. It all takes place this Thursday evening, November 11th at the Marriott Marquis in Manhattan’s Times Square. With hundreds of drams to choose from, it’s a whisky lover’s paradise, featuring pours from nearly every major whisky making country.

With such a panoply of choices, you’ll need to prioritize your choices. Check out Whisky Advocate’s advice on how to make the most of the event. Start by mapping out your can’t-miss drams, and remember to eat and hydrate plentifully. Keep tabs on what you’re tasting with the free WhiskyFest app or the printed event program.

WhiskyFest New York will feature many whiskies that have earned spots on Whisky Advocate’s Top 20 lists in previous years. Scotch fans, get ready to explore a wide selection of single malts, blended malts, and blends. VIP ticket holders can taste Balblair 25 year old, while all ticket holders can try the 15 year old—No. 11 in the Top 20 whiskies of 2020—and 12 year old. Benromach is pouring its 21 year old and cask strength whiskies and, for VIPs, the highly limited 45 year old Heritage, which scored 92 points in Whisky Advocate’s Buying Guide. Bunnahabhain is offering tastes of its 25 year old to VIPs and the equally high-scoring 12 year old and Toiteach A Dhà to all attendees. VIPs can also savor Glen Moray 21 year old, and Glen Moray will also be pouring eight additional whiskies, including its classic core expression, a variety of special cask finishes (port, cabernet, oloroso sherry, and chardonnay) and three other age statement whiskies (12, 15, and 18 year old).

And there’s plenty more. Calling all Irish whiskey fans! Don’t miss Bushmills 21 year old, which scored 96 points in the Buying Guide and is available to all ticket holders, along with the 16 year old and 10 year old, each scoring 90 points, and Black Bush (88 points). Beyond Bushmills, Walsh Whiskey will be pouring The Irishman Founder’s Reserve (90 points), Writers’ Tears Double Oak (94 points), and Writers’ Tears Copper Pot (86 points).

If bourbon is your choice, it can be difficult to know where to start at WhiskyFest New York. For those who love well-aged bourbon, now’s your chance to taste Elijah Craig 18 year old Single Barrel, as well as Whisky Advocate’s 2017 Whisky of the Year, Elijah Craig Barrel Proof, and the distillery’s straight rye, No. 7 in the 2020 Top 20. There’s plenty more bourbon to explore, including the Bardstown Bourbon Co., pours from its Discovery, Fusion, and Collaboration series, which showcase not just its own whiskeys, but also its many partner brands.

Tennessee whiskey lovers should stop by the George Dickel booth for a pour of its stellar 15 year old Single Barrel (95 points in the Buying Guide), as well as the distillery’s superb bottled in bond whiskey. Jack Daniel’s, meanwhile, is pouring a selection of single barrel expressions, while the Jack Daniel’s VIP pours will feature its Sinatra and No. 27 Gold expressions.

Age statement Japanese whisky has been hard to find in recent years, so don’t miss this rare opportunity to taste an array of whiskies from Japan. VIPs can taste 30 year old single grain whisky from Kirin’s Fuji Gotemba Distillery, whose whiskies consistently score high in the Buying Guide, and all ticket holders can try the original and single grain expressions. Also on the docket are pours from the Kaikyo Distillery (Hatozaki Finest Blended and Hatozaki Small Batch Blended Malt) and half a dozen whiskies from Nikka. Among them are the 2018 Whisky of the Year, Nikka From the Barrel, and for VIPs, non-peated Yoichi single malt and peated Miyagikyo single malt.

Make sure to say hello to the craft distillers from around the U.S., including Texas’ Balcones Distilling, Illinois’ FEW Spirits, California’s St. George Spirits, and Colorado’s Stranahan’s pouring an exciting lineup of bourbon, rye, single malt, and other unique whiskeys. 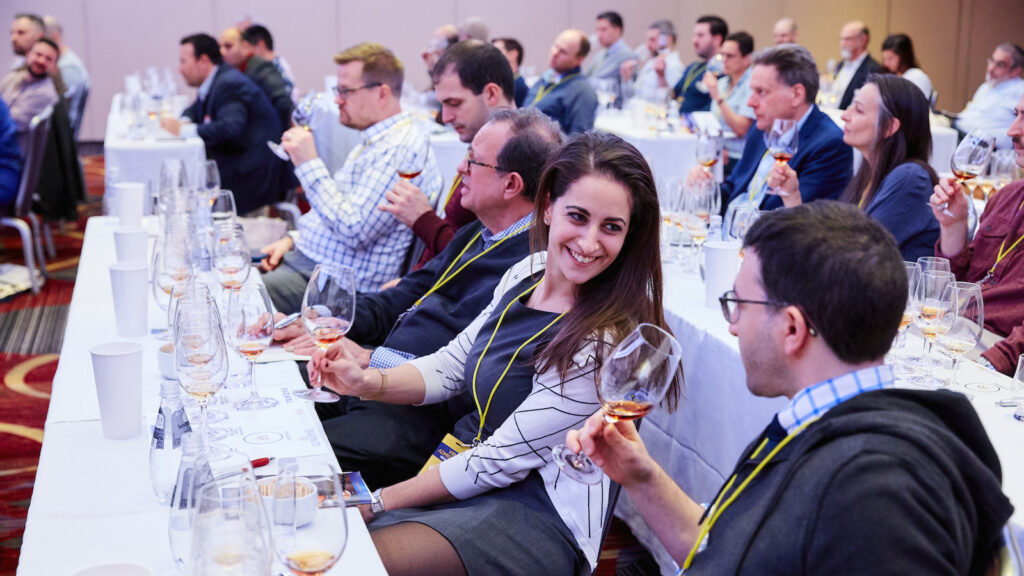 Learn about scotch, bourbon, rye, and more at one of the can’t-miss WhiskyFest seminars. (Photo by Daphne Youree)

Because WhiskyFest is equal parts enjoyment and education, consider sitting in on a seminar. There are four seminars to choose from, and they’re free to ticket holders on a first come, first served basis.

Scotch single malt aficionados can savor an array of drams from one of Scotland’s most consistent, accessible, and delicious distilleries with Glenmorangie national ambassador Dan Crowell. He will lead a tasting of Glenmorangie 13 year old finished in cognac casks; both batches of Glenmorangie 15 year old The Cadboll Estate, No. 13 in the 2020 Top 20; the just-released limited edition A Tale of Winter; and a few other surprises.

Your mouth may be watering by now and lucky for you, tickets for WhiskyFest New York are still available. They make a perfect early holiday gift or birthday present for you or the whisky lover in your life, so buy yours now before they sell out.

*Proof of vaccination and identification are required for admission 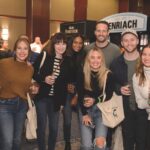 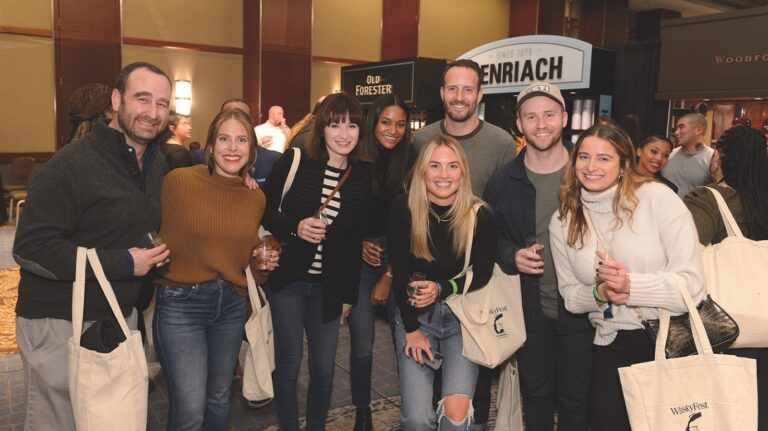 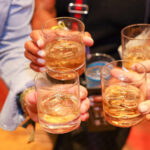 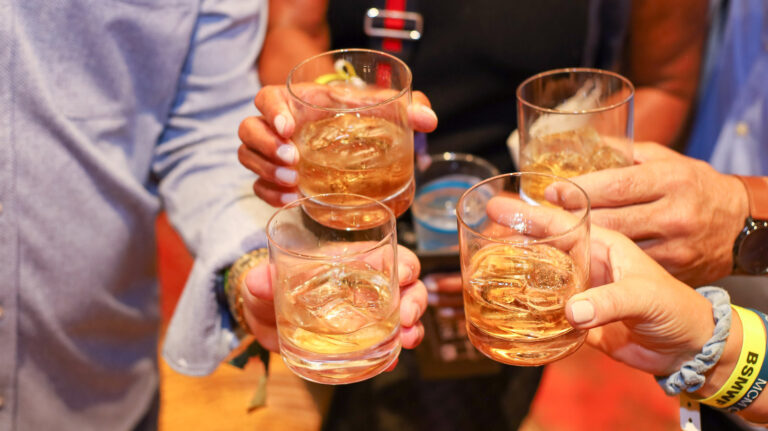