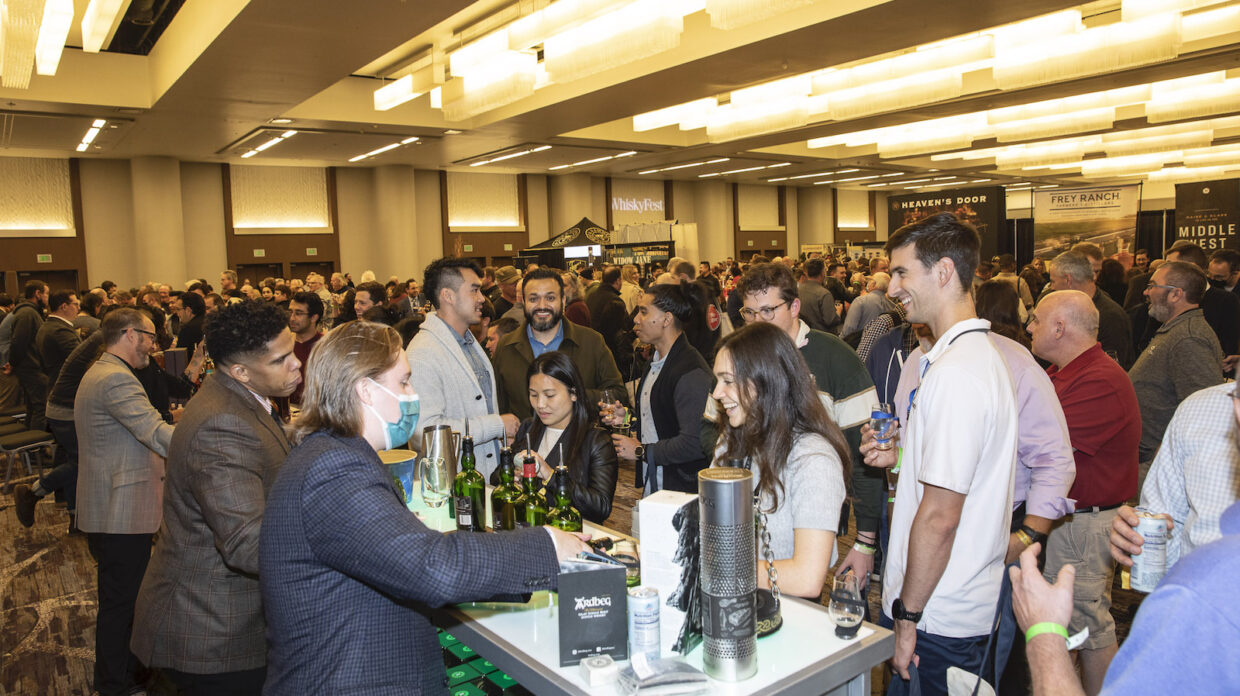 Guests flocked to the Ardbeg booth at WhiskyFest San Francisco to sample some peaty Islay scotch. (Photo by Gabriela Hasbun)

A big world of whisky was well represented, including local California distillers like Rod & Hammer’s SLO Stills, St. George Spirits, Bespoken Spirits, and Gold Bar Whiskey. Whiskies from Scotland, Ireland, Japan, India, and France were also on offer, giving WhiskyFest goers a chance to taste around the globe in a single night. 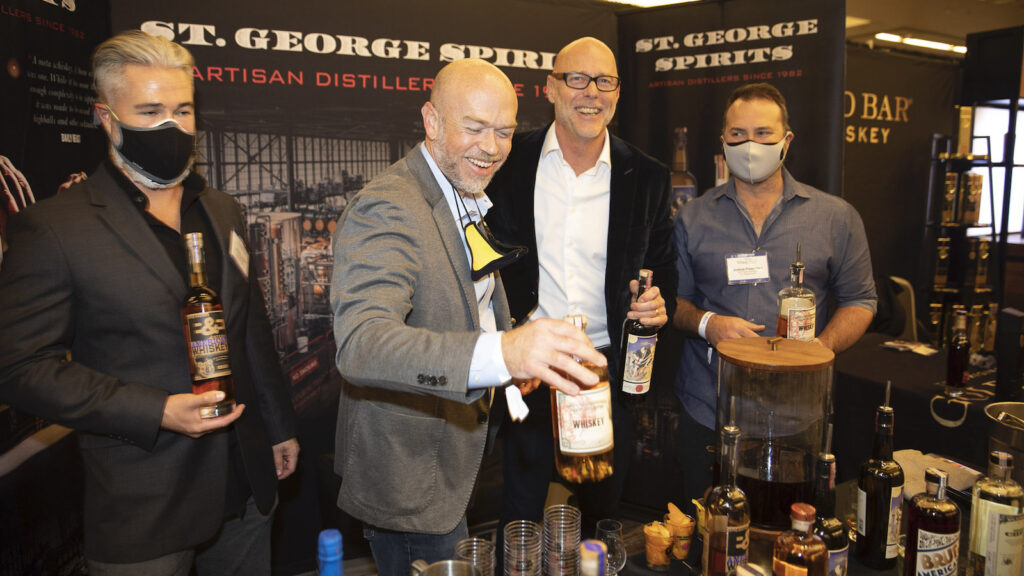 St. George Spirits from Alameda was one of the California-based distillers present at WhiskyFest San Francisco. (Photo by Gabriela Hasbun)

There were great American whiskeys in abundance as well, including new and rare expressions. Jack Daniel’s was pouring its much sought-after 10 year old Tennessee whiskey as well as its Single Barrel Coy Hill, the highest proof whiskey ever released by the distillery. Balcones had its ZZ Top collaboration Tres Hombres flowing all night, and Nevada’s Frey Ranch brought its single grain oat and wheat whiskeys, which were unveiled just last month and are highly limited.

Frey Ranch founder Colby Frey was attending his first ever WhiskyFest, and enjoyed the opportunity to discuss farming practices and grains with fans. “It’s so cool, because everybody really understands and loves whiskey and wants to learn about it,” he said. “It’s been amazing.”

WhiskyFest offers a chance to meet and reacquaint with the world’s best whisky makers, taste their whisky, and learn all about it. Attendees at this year’s WhiskyFests also had a chance to taste all four of the Whisky Advocate Whiskies of the Year—Elijah Craig Barrel Proof, Nikka From the Barrel, George Dickel Bottled in Bond, and Larceny Barrel Proof.

Many people came with specific whiskies in mind. Christine Mamuad headed for the Glenmorangie table to try the newly released A Tale of Winter, while Parker’s Heritage Collection Wheat whiskey, Ardbeg Traigh Bhan Batch 3, and Fuji 30 year old single grain were all in very high demand. 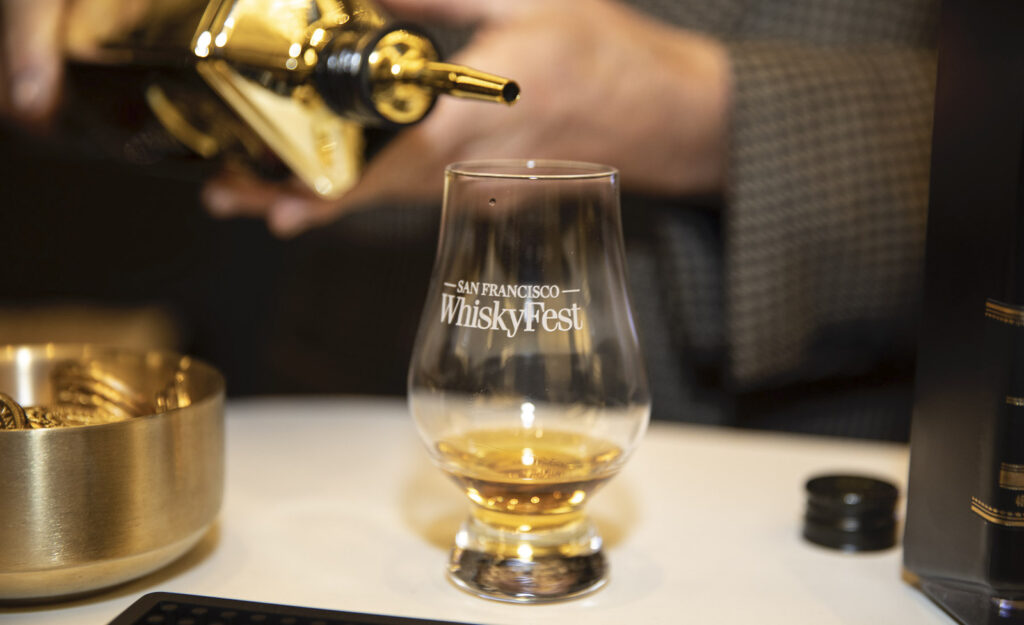 There was no shortage of memorable pours on the WhiskyFest floor. (Photo by Gabriela Hasbun)

Attendee Gnana W. estimated that he’s been to around a dozen WhiskyFests, and noted that while he was very pleasantly surprised by Glyph’s molecular whisky, he was most excited to try single malts from Balblair, which was pouring its 12, 15, 18, and 25 year old expressions. The 15 year old was the No. 11 whisky on the 2020 Top 20, and as people tasted throughout the night, there was lots of chatter about what might appear on this year’s list. Whisky Advocate will be revealing the Top 20 for 2021 during all of this week, with the big day coming on Thursday, Dec. 9, and a new Whisky of the Year will be crowned.

WhiskyFest’s return this fall reminded everyone that great whisky tastes even better when you’re able to share it. Subscribe to WhiskyNotes to be among the first to know when tickets will be available for the 2022 events.