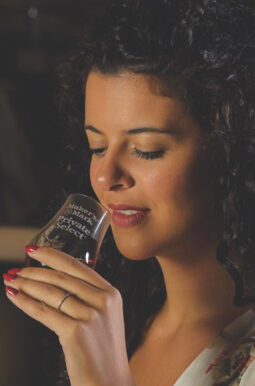 Alexa Amendolagine is a native New Yorker and Diplomat for the Maker’s Mark Distillery in Loretto, KY. She utilizes her passions for whisky and storytelling while focusing on bourbon education and community outreach. Since joining the Maker’s Mark team over two years ago, she’s helped build partnerships with Broadway productions, an MLB team, and numerous non-profits and whisky clubs. While based in NYC, she makes regular trips to Loretto to leads bars, retailers, and consumer enthusiasts alike in creating their own custom barrel of Maker’s Mark Private Select.

Before coming to Maker’s Mark, Alexa studied classic cocktail construction and explored the influence of culinary tradition on the bar industry. In her work for a nationality hospitality group, she traveled to open fourteen bars in six cities in three years. When not at work, Alexa can be found traveling, taking in a play, or relaxing with her family and a neat Maker’s Mark Cask Strength.
Tim accepted the role of Beam Suntory American Whisk(e)y Ambassador, East Coast in 2017. Since then, he’s worked with the distilleries and the company’s advocacy team to help showcase what he considers the industry’s top American Whisk(e)y portfolio. With a knack for networking, Tim likes to connect the dots between people, places, things and whiskey.
Covering Boston to Miami, he enjoys sharing knowledge with bartenders, influencers and whisk(e)y enthusiasts from city to city.
When he doesn’t have someone to chat and chew bourbon with, Tim can be found within ear shot of any concert venue or riding his motorcycle to visit his crew of 6 nieces, nephews and 4 older siblings. Tim’s career and widespread family keep him on the move…anyone want to impulsively buy plane tickets and explore a new city? Call Tim.