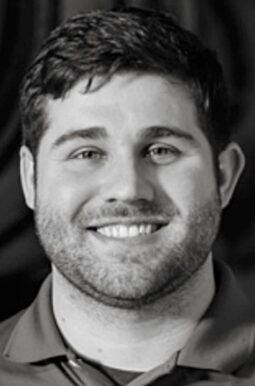 During college, Caleb became absolutely fascinated with distillation. The field combined his interests of biology, physics, and chemistry. As he began education in distilling, his technical education allowed him to excel in the scientific aspects of production and earned the attention of seasoned advisors in the distilling world. After shadowing several kind Cookers, Distillers and Plant Managers, he knew his calling; he was determined to become a distiller. With accredited high recommendations, Corky & Carson Taylor invited Caleb to assist in building Peerless from the ground up. He started doing labor work and quickly expanded into managing equipment and controls installation. His dreams became a reality when he was requested to become Peerless’s Head Distiller. Truly understanding and connecting to Peerless standards have intuitively created Whiskey worthy of the Peerless name. Caleb’s integrity, passion and profound knowledge have earned him attention across the globe. Caleb’s unwavering commitment to Peerless caliber attributes to spirits unlike any other.