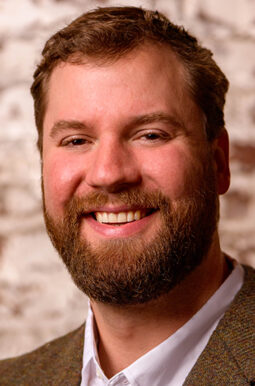 Charlie Nelson is the Co-Founder of Nelson’s Green Brier Distillery in Nashville, TN. Prior to his immersion in the spirits industry, Charlie found himself in a common predicament: His hunger to do something big and meaningful with his life wasn’t satisfied by the options afforded to most college students in the early 2000s economy. So, he drifted—traveling, studying abroad, tending bar, and generally looking for the thing. Then, in the summer of 2006, he found it. On a short road trip to Greenbrier, TN (about 25 miles from Nashville), he and his older brother Andy stumbled upon a largely-forgotten chapter of their family’s history, namely that their great-great-great grandfather, Charles Nelson, had been one of the most successful whiskey distillers in pre-prohibition America. This chance discovery led to a deep dive into the extraordinary legacy of the man Charlie had been named for, and a growing fascination with the business of making and selling whiskey. In an instant, Charlie’s search for a sense of purpose was over. He wouldn’t merely be Charles Nelson’s namesake; he would be his successor. The brothers dedicated themselves to the resurrection of Nelson’s Green Brier Distillery, working exhaustively to start a small business in a crowded field, but to ensure that the astonishing history of Charles Nelson never be forgotten again. Their efforts over the ensuing decade represent a conspicuous success story, and an unflagging ambition to keep growing, keep spreading the word. Charlie has emerged as the literal and spiritual head of the organization, a charismatic communicator who never tires of telling the Green Brier story, or of forging a personal connection with the ever-expanding community of people who love their creations. One of Nelson’s Green Brier Distillery’s greatest modern day successes came in 2019, when Nelson’s Green Brier Tennessee Whiskey—based on Charles Nelson’s original 1860 recipe—was released in Nashville. Getcha’ Some Green Brier! The other great success is the 2022 launch of two varieties of Nelson Brothers Whiskies (Classic and Reserve). These recipes Charlie and Andy created with the future of Nelson’s Green Brier Distillery in mind.  All three spirits are now available in all 50 states. And, as Charlie is fond of saying, this is just the beginning. Charlie Nelson lives in Nashville with his wife Rita and their dog Bonnie.