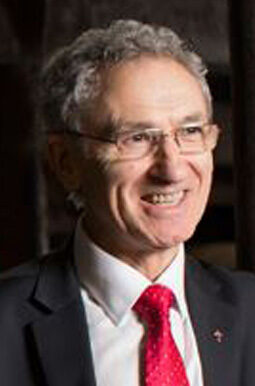 Dennis Malcolm began his career in Scotch whisky at Glen Grant Distillery in 1961 and is one of the longest serving Master Distillers in the industry. Born on the grounds of the distillery in 1946, Dennis’ longstanding passion and dedication for the brand, as well as his unmatched experience and outstanding contribution to the industry, makes him one of the most respected figures in the whisky world. At Glen Grant, Dennis has made the pursuit of perfection and consistent quality his life’s work.
Throughout his illustrious career, Dennis has been awarded a plethora of accolades. Most recently, at the International Wine and Spirit Competition 2015, he received the Outstanding Achievement in the Scotch Whisky Industry Award and just days later, named the recipient of Whisky Advocate’s 22nd Annual Lifetime Achievement Award. That same year, Dennis was awarded the honored title of an Officer of the Order of the British Empire (OBE).