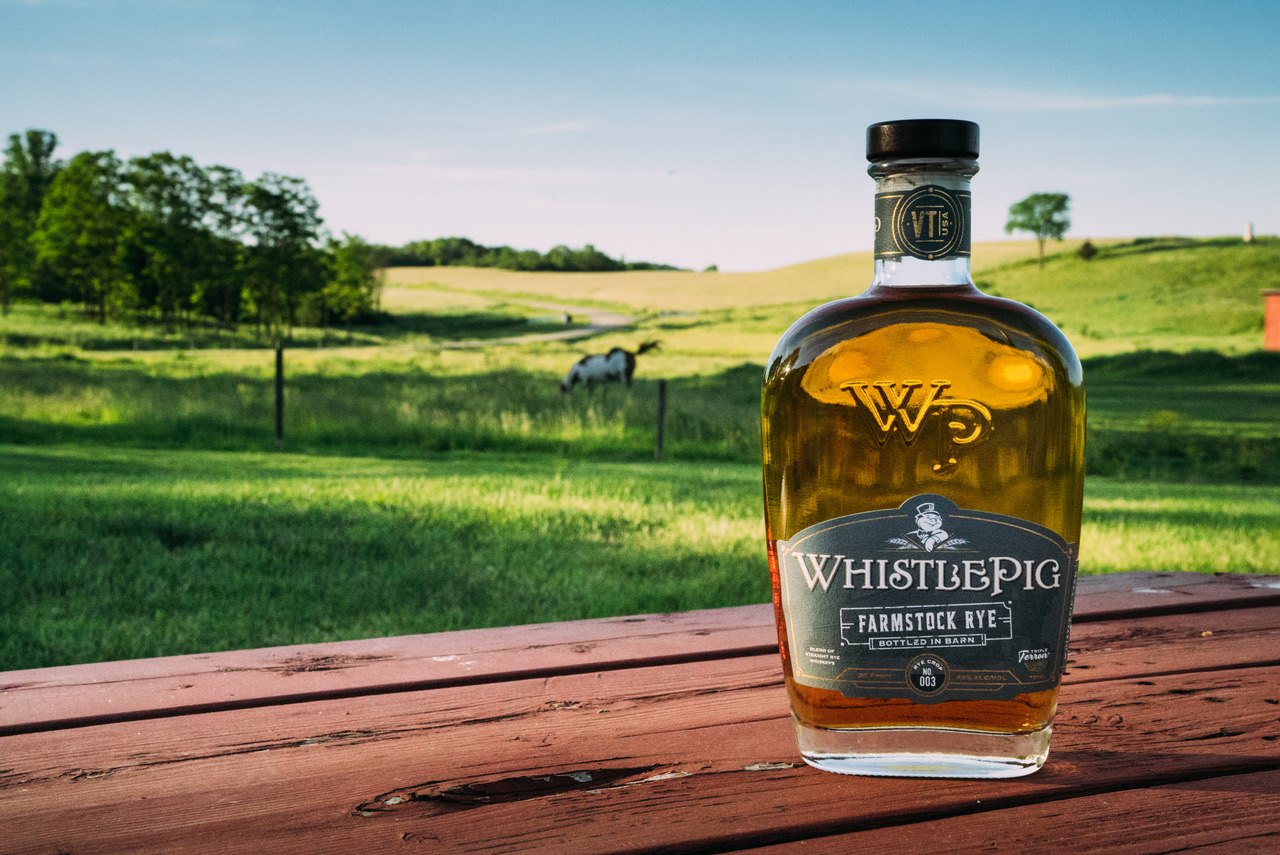 It might be a holiday week, but new releases do not pause just because the rest of us get the day off. Earlier in the week, we announced the exclusive news that MGP Distillery will launch its first bottled in bond bourbon in November. Remus Volstead Reserve is a limited-edition whiskey, priced at $200, and will be for sale in 14 states. Get the full details in our in-depth article.

Although we first reported it back in April, Glenmorangie’s newest Bond House No. 1 release is hitting shelves now. Glenmorangie Grand Vintage Malt 1991 costs $750 and is available in limited amounts.

There are several new scotches launching at travel retail stores, including four special editions of Johnnie Walker Black and 15 rarely-seen single malts from Speyside. While they’re only for sale at duty-free stores for now, the whiskies are noteworthy enough to seek out if you’re traveling through the right airport.

But what about whiskies that are readily available now? WhistlePig is rolling out the third batch of its FarmStock rye, a blend of house-made whiskey with ryes from MGP and Alberta Distillers. This year’s “crop” has a higher proportion of WhistlePig’s own rye. The whiskey is available in limited amounts, priced at $73.

Meanwhile, three new Kilchoman single malts are coming to the U.S., including the 2019 edition of Loch Gorm ($110). Last year’s bottling of Loch Gorm was No. 15 in the 2018 Top 20; for this year’s release, there are 1,920 bottles are available in the U.S. Next up is Kilchoman STR cask ($120), which was matured entirely in red wine casks that were shaved, toasted, and re-charred. There are also 1,920 bottles of this expression coming to the U.S. Lastly, U.S. importer ImpEx Beverages is bringing in an 11 year old, single-cask Kilchoman, matured in a first-fill bourbon cask. Just 230 bottles of this whisky, priced at $175, are available.

Chicken Cock is launching a limited-edition bourbon finished in beer barrels. The whiskey, which was sourced from Kentucky, costs $80. There are 1,800 bottles available.

New Jersey-based brand Penelope has added a barrel-proof version of its four-grain straight bourbon, sourced from MGP. The whiskey is available in limited amounts, with 500 bottles in the first batch, for $50.

Finally, the owner of New York City’s Idle Hands whiskey bar, which closed several years ago, has teamed up with Proof & Wood Ventures to release a one-time-only 13 year old bourbon sourced from MGP. It’s for sale in New York City only through PM Spirits at $150 per bottle. 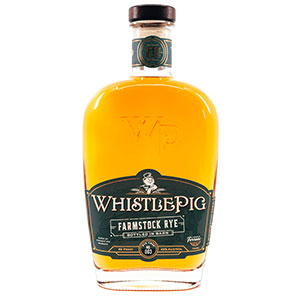 The proportion of WhistlePig’s own rye in this blend keeps going up, from 20% for the first batch to 32% for the second, and now 52%. The age has gone up as well; the house-made whiskey is now 3 years old, where in past releases it was 2.

This is the first batch of FarmStock made without the oversight of master distiller Dave Pickerell, who passed away last year. In 2017, I sat down with Dave to hear how he put together the first FarmStock blend, which we captured on video. 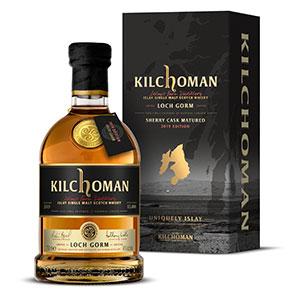 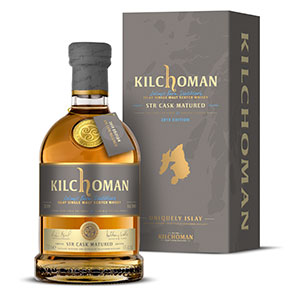 Distilled in 2012, this heavily peated (50 ppm) single malt was aged in shaved, toasted, and re-charred red wine casks—hence the STR.

STR casks were the idea of Dr. Jim Swan, a whisky scientist and consultant who passed away in 2017. The technique helps dispel some of the less desirable character in the wine casks while retaining and rejuvenating certain compounds and flavors through the re-charring process. Many distilleries have begun employing STR casks, notably Kavalan in Taiwan. While Kilchoman previously released single malt matured in red wine casks (88 points), this new whisky will have different flavors because of the STR process. 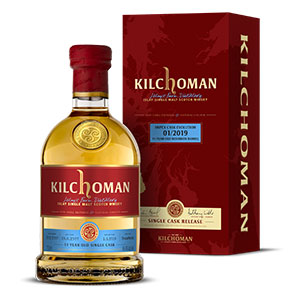 Distilled on September 19, 2007 and bottled on March 1, 2019, this is the oldest Kilchoman released to date. It’s a single cask bottling, fully matured in a first-fill bourbon barrel, and exclusive to the U.S. through importer ImpEx Beverages.

ImpEx developed the Cask Evolution series to showcase the importance of casks in developing top-quality scotch, bottling whiskies that showcase the diversity of character achieved through cask selection. 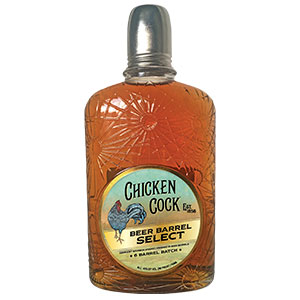 A mix of bourbons aged 1.5 to 11.5 years, this whiskey was finished in walnut brown ale barrels from Louisville’s Goodwood Brewing Co. The barrels had previously held Chicken Cock’s Double Barrel bourbon, making this a full-circle collaboration.

Another week, another beer barrel-finished whiskey. Not saying that we’re tired of them by any means! Just that it seems as if beer barrels are the new sherry casks, employed across all whisky styles—single malt scotch, Irish whiskey, bourbon, and more. We look forward to trying this new iteration and publishing a review in an upcoming issue of Whisky Advocate. 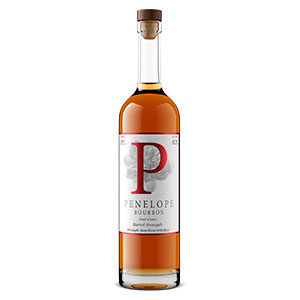 A follow-up to Penelope bourbon, which was released earlier this year, this is a barrel-proof version, aged 2-3 years. The whiskey is a 4-grain blend of three MGP mashbills, comprising corn, wheat, rye, and barley.

We are big fans of barrel-proof bourbon around here, enjoying the flexibility that they enable—you can add as much water and/or ice as you like, after all. Kudos to this new brand for offering multiple options to its drinkers. 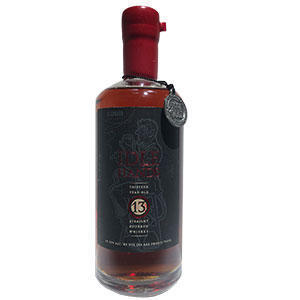 Made at what is now MGP Distillery, this bourbon was sourced by Proof & Wood Ventures, a company owned by Dave Schmier, the founder of Redemption Whiskey. Schmier collaborated with Rob Morton—who currently operates a hospitality company, but used to own the now-closed Idle Hands whiskey bar in New York City’s East Village—to create the bourbon from two barrels.

Proof & Wood sources and bottles a variety of American whiskeys, from everyday bottles like Deadwood bourbon (86 points) and rye (86 points) to high-end, age-statement offerings like The Senator 6 year old straight rye (89 points) and The Ambassador 12 year old straight bourbon (92 points). There’s obviously a very specific and small market for a whiskey like this one, but with Schmier’s reputation, its quality isn’t in doubt.