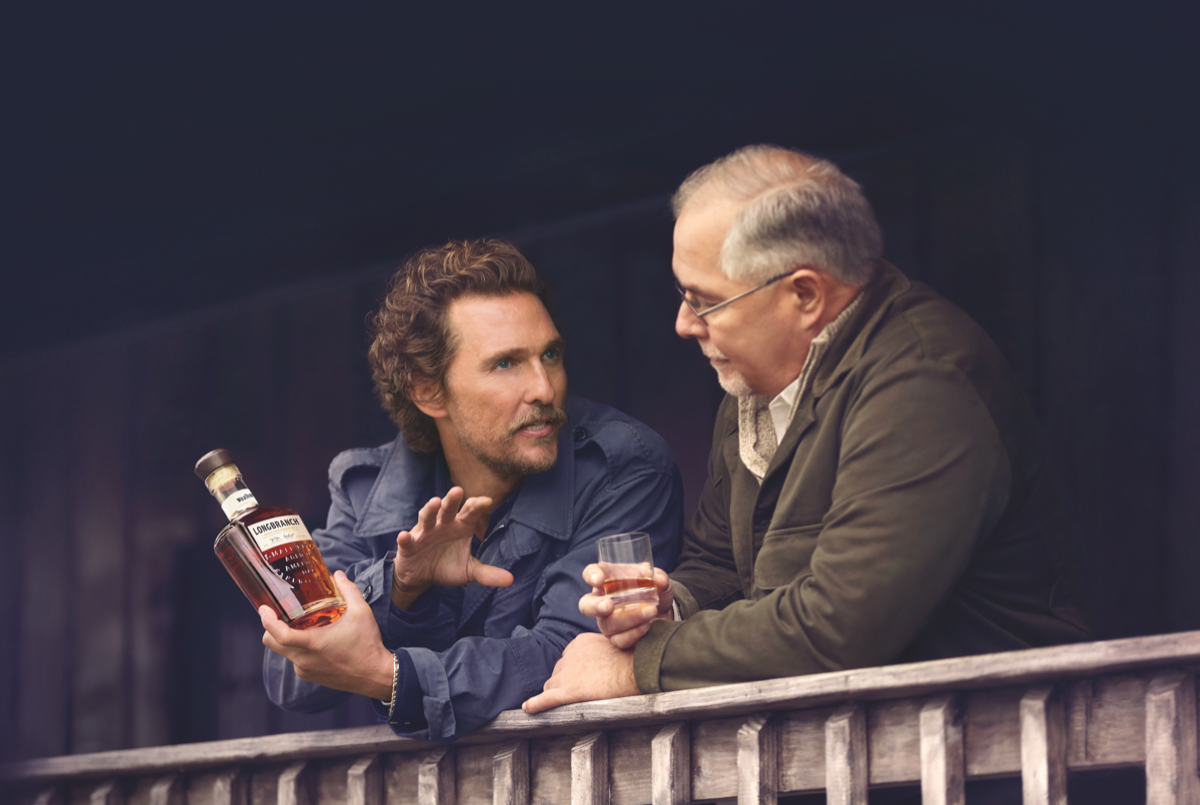 It’s Friday the 13th, but don’t get spooked—this week’s new whiskeys are all perfectly normal. In fact, Diageo just announced news of its 2018 Special Releases—most of them, that is.

First up, Wild Turkey has announced a new, permanently available bourbon called Longbranch, which master distiller Eddie Russell made in partnership with creative director (and film actor) Matthew McConaughey. It’s 8 years old and filtered through both American white oak and mesquite charcoals, and it costs $40. Since McConaughey’s stamp of approval is on it, I’m guessing this whiskey is all right, all right, all right (or even better than that).

Balvenie Distillery debuted DoubleWood 12 year old in 1993, and in celebration of its 25th anniversary, the company is rolling out limited-edition packaging. While the liquid inside is the same as in any other bottle, Balvenie also plans to release a 25 year old DoubleWood later this year.

Blade and Bow is returning with its 22 year old bourbon for the fourth year in a row. The liquid hasn’t changed from year to year, but the price has—it’s $250 a bottle, up from $200 in 2017. There will be future releases of Blade and Bow 22, but it will continue to be more and more limited (and probably more expensive).

O.Z. Tyler Distillery in Owensboro, Kentucky has officially launched its first two whiskeys: a bourbon and a rye. Both are made at the distillery, aged for at least a year (bourbon) or six months (rye) in new charred oak barrels, and then put through the TerrePURE process, which is described by parent company Terressentia as a filtration process. I went inside Terressentia’s North Charleston, South Carolina headquarters myself to see TerrePURE at work—and tasted its effect on the whiskeys. You can read all about it in the Spring 2018 issue of Whisky Advocate, on newsstands now.

Finally, Baltimore Whiskey Company has released its first whiskey, a straight rye aged in full-size barrels. The whiskey is currently for sale only in Maryland, but the distillery aims to expand distribution beyond the state in the future. Read on for full details. 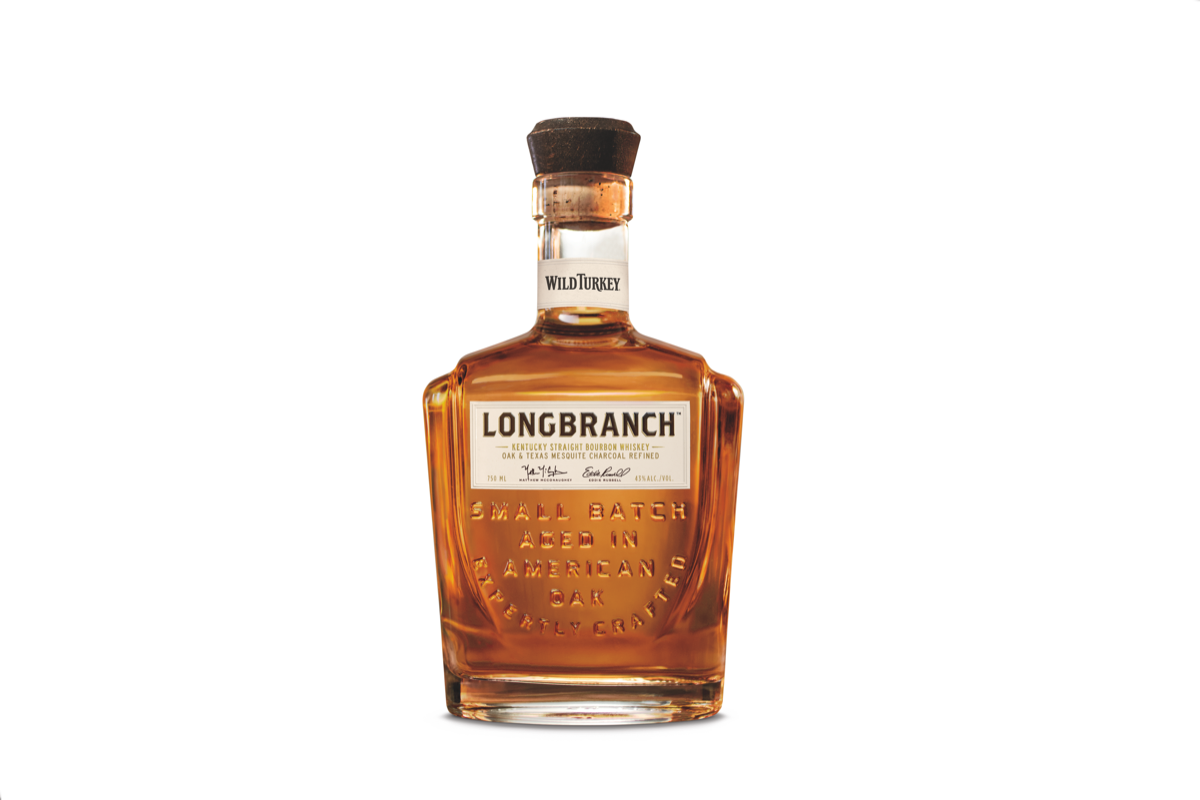 Longbranch is a new, permanent part of Wild Turkey’s lineup. Created in partnership with actor Matthew McConaughey, who serves as the distillery’s creative director, it aged for 8 years in new charred oak barrels and then underwent two filtering processes: first through American white oak charcoal, and then through Texas mesquite wood charcoal.

Most whiskey lovers hear “charcoal filtration” and think Jack Daniel’s, which, as a Tennessee whiskey, is filtered through sugar maple charcoal. Longbranch’s charcoal comes from oak and mesquite wood, which the distillery says imparts “smoky sweetness” to the bourbon. The mesquite comes from Texas because that’s McConaughey’s home state. 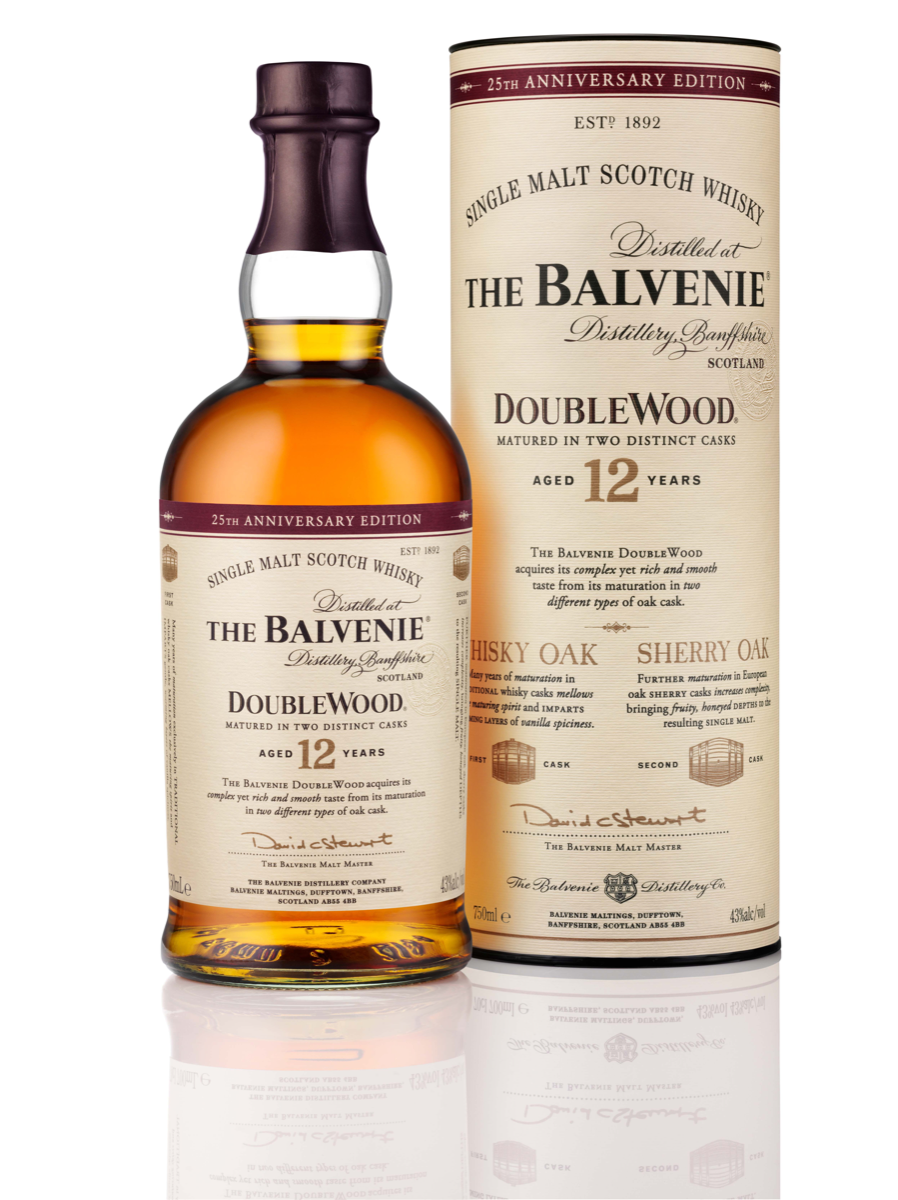 For many whisky lovers, Balvenie DoubleWood is the quintessential cask-finished whisky, spending most of its life in an ex-bourbon barrel before undergoing a 9-month finishing period in a sherry cask. In 1993, malt master David Stewart debuted DoubleWood, after many years of experimentation and tinkering to get the right final flavor. This whisky is the same familiar DoubleWood, but in a new package celebrating the anniversary of its birth. There will be a 25 year old version of DoubleWood coming out in the summer—Whisky Advocate will have all the details when they’re available.

Cask finishing is common nowadays, but it wasn’t always. David Stewart was one of the earliest pioneers of the technique. I spoke with him at length about what it was like to experiment with different casks, and which efforts didn’t meet with success—you can watch the video of our conversation here. 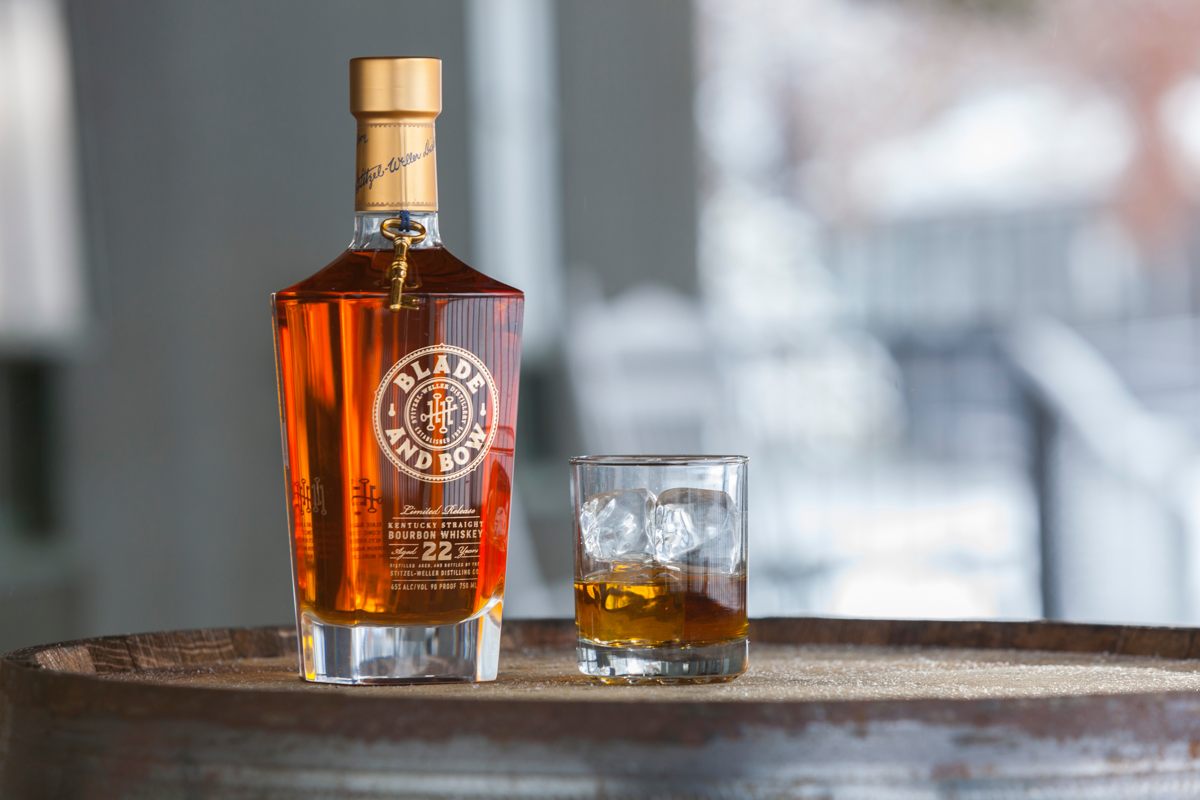 Initially released three years ago, Blade and Bow 22 year old has returned in limited amounts each spring. The liquid is exactly the same as it was last year, but the price has gone up by $50. It’s available in 14 states and at the Stitzel-Weller Distillery.

Since this is the same bourbon as previous Blade and Bow releases, you can expect it to be delicious—it scored 90 points when last reviewed. Parent company Diageo has deliberately held back some of the whiskey to release in future years, but with the price going up by 25% this year, if you want a bottle, buy it now to avoid paying more in the future. 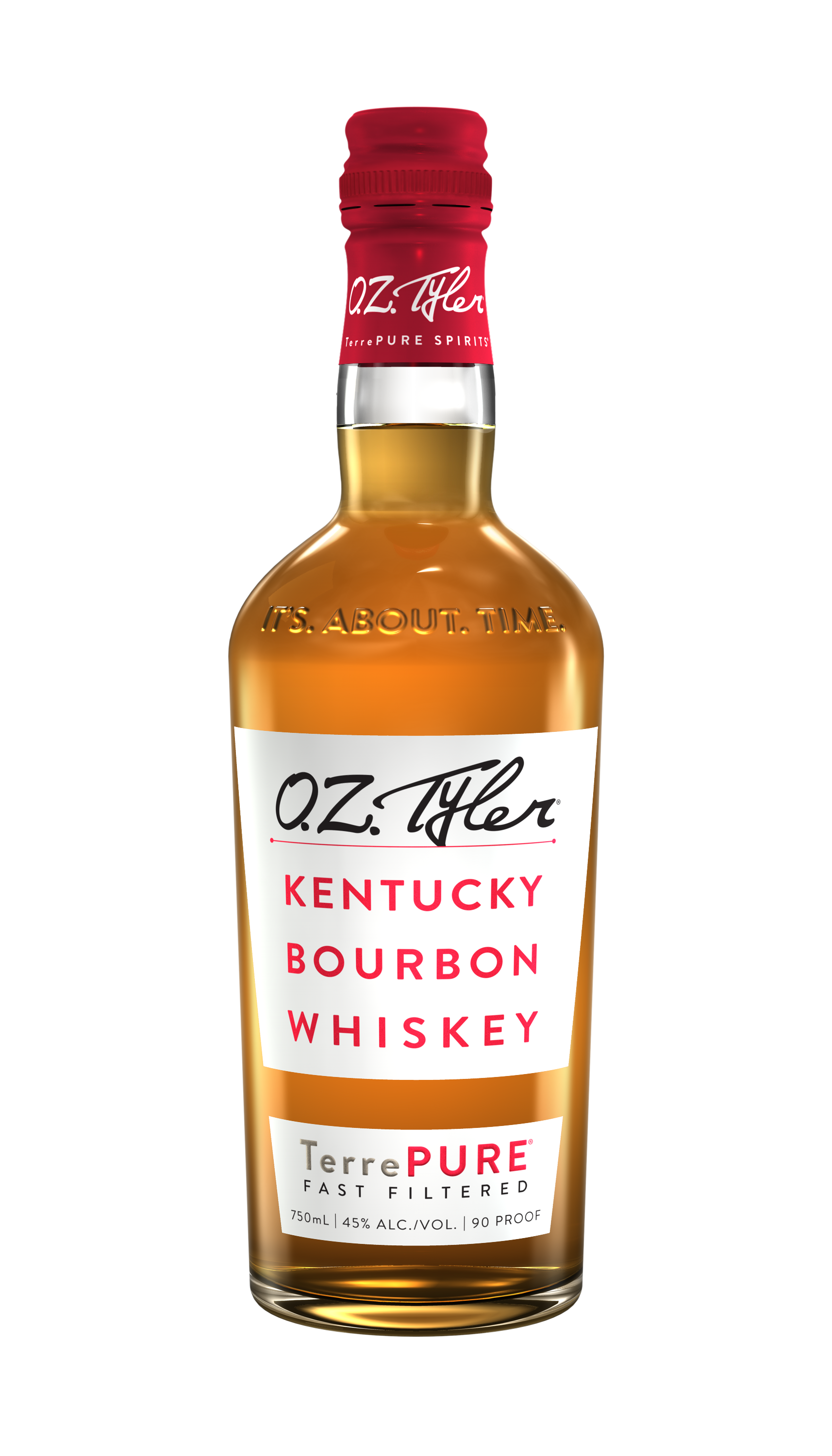 O.Z. Tyler Distillery in Owensboro, Kentucky has been making whiskey for well over a year and is just now releasing its first bottles. This bourbon was aged for at least a year in new charred oak barrels. It then underwent the TerrePURE process: pumping ultrasonic waves through the whiskey, forcing minor alcohols to break apart and react with acids to form esters (pleasant flavors), as well as glycerin.

O.Z. Tyler has also been distilling rye, which ages for at least 6 months in new charred oak before undergoing the TerrePURE process.

In 2014, Terressentia Corporation—which is headquartered in South Carolina—purchased the old Charles Medley Distillery in Owensboro, transforming it into O.Z. Tyler and starting up distilling in 2016. Terressentia has long sourced whiskey for private-label brands and private customers, putting it through the patented TerrePURE process which the company describes as a filtering technique.

This bourbon and rye are both made and aged at the distillery and recently scored 82 points and 79 points, respectively.

Read more about Terressentia, as well as other whisky makers who are using “alternative aging” techniques, in the Spring 2018 issue of Whisky Advocate, on newsstands now. 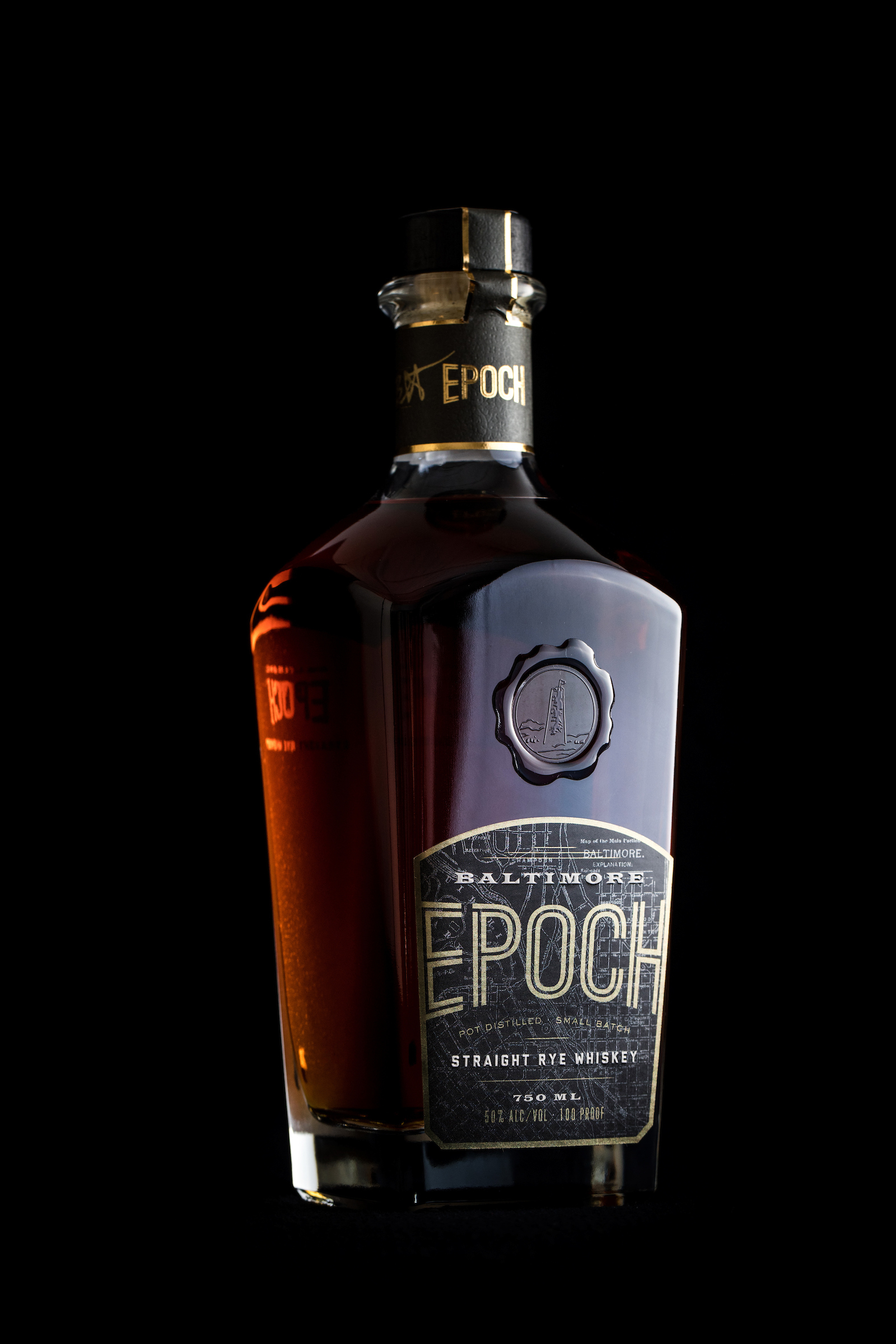 Baltimore Whiskey Company began distilling in 2015 and has just released its first whiskey, a rye made of 70% rye and 30% malted rye. The whiskey was distilled on a pot still and aged in full-size barrels.

Baltimore Whiskey Company sold out of its first release of Epoch rye last month, but will have a new batch for sale at the distillery on April 28th, with a total for 4,600 bottles available in 2018. The distillery also makes gin, apple brandy, and amaro. 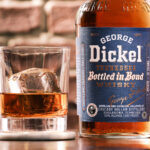 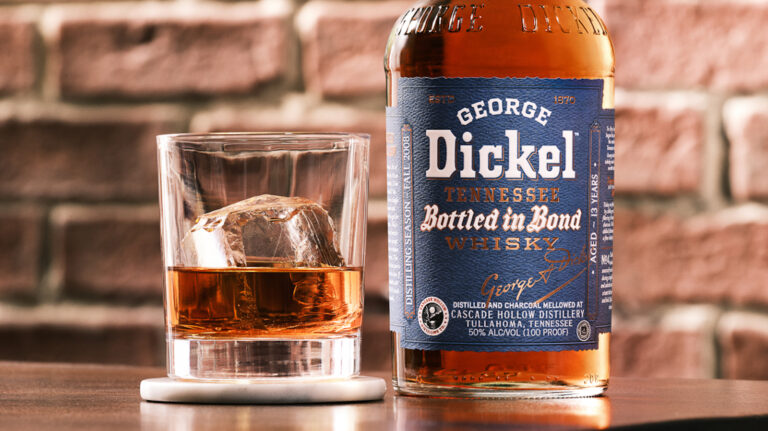