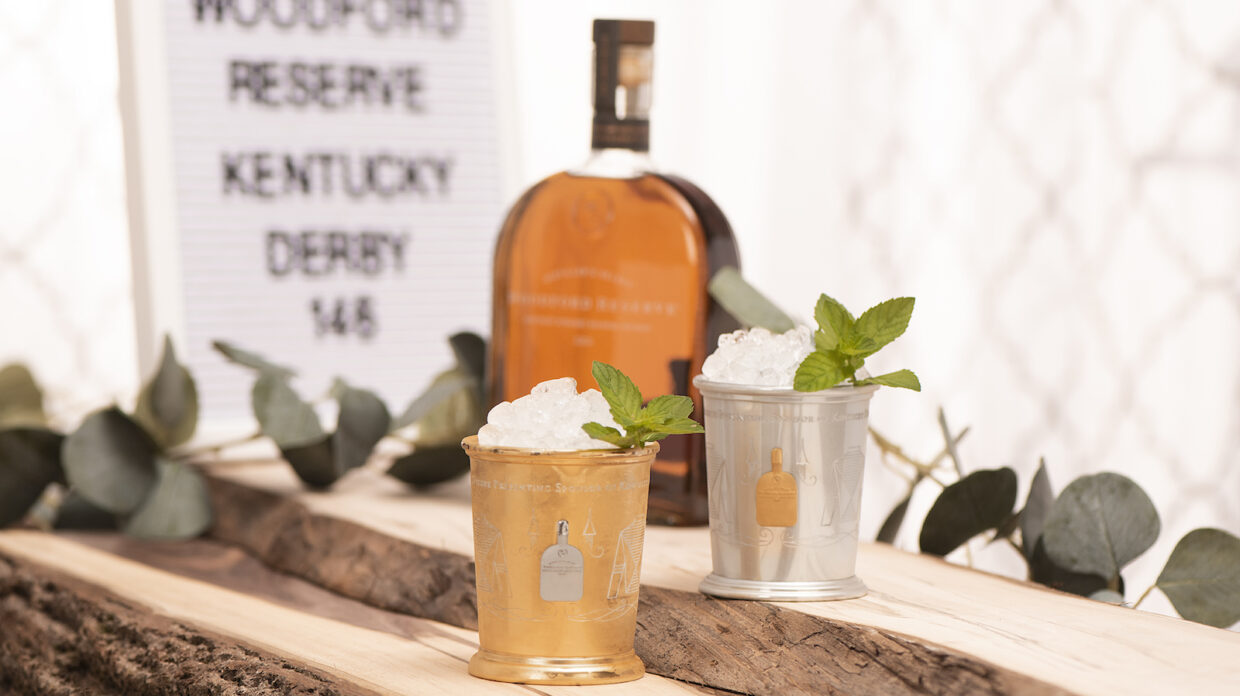 Woodford Reserve is honoring Diane Crump, the first woman to ride in the Kentucky Derby, with its 2020 $1,000 Mint Julep. Normally available only for pickup at the Derby, the celebratory cocktail cups are being mailed out this year due to the COVID-19 pandemic.

Woodford Reserve is paying homage to Diane Crump, the first woman to ride in the Kentucky Derby, with its 2020 $1,000 Mint Julep. Created every year as a fundraiser for racing-related nonprofits, the elaborate gold- and silver-plated cups this year honor the 50th anniversary of Crump’s groundbreaking race at the 1970 Derby, where the jockey, then 21, rode the chestnut colt Fathom to a 15th-place finish. And while in years past those who purchased the $1,000 Mint Julep would have to collect it in person on race day, because of the COVID-19 pandemic, Woodford Reserve is shipping the 2020 cups directly to their recipients.

There are just 146 cups on sale now—and going fast—celebrating the 146th Derby, for which Woodford Reserve is the presenting sponsor. All proceeds will be donated in Crump’s honor to the Permanently Disabled Jockeys Fund. Postponed from May, the Kentucky Derby is now scheduled to take place on Sept. 5, and Woodford Reserve master distiller Chris Morris will conduct a virtual julep experience on Derby Day for those who purchase a cup.

Cups numbered 1 through 25 are gold-plated and sell for $2,500 each, while cups 26 through 146 are silver-plated and sell for $1,000. Designed and handcrafted by Louisville, Kentucky-based From the Vault Jewelers, the cups feature etchings of the jockey silks worn by Crump in 1970, along with Churchill Downs’ iconic twin spires. They’re nestled in a walnut case with a replica of the turquoise and white silks—made by Bourbon Cousins of Cincinnati, Ohio—Crump donned on race day.

Enjoy Bourbon and Horses Together at This Kentucky Attraction 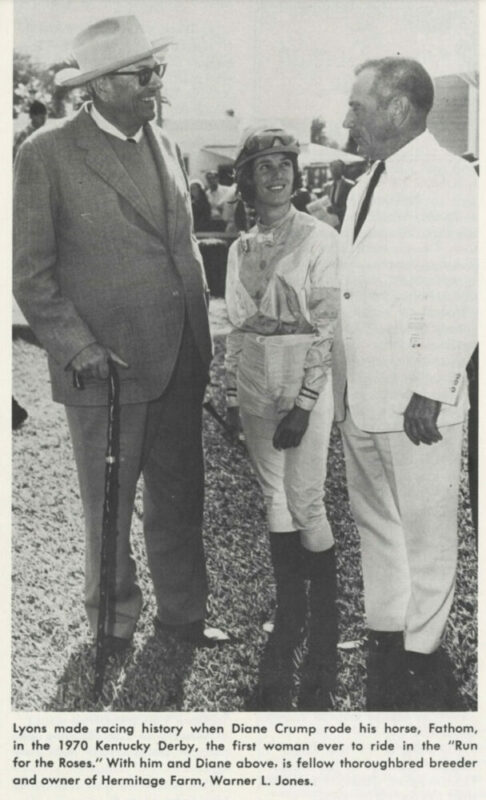 A photo from Brown-Forman’s internal archives shows jockey Diane Crump (center), who in 1970 became the first woman to ride in the Kentucky Derby. W.L. Lyons Brown (L)—who owned the horse, Fathom, Crump rode in the 1970 Derby—would later serve as Brown-Forman’s chief executive and chairman. With them is thoroughbred breeder and owner of Hermitage Farm Warner L. Jones.

The cups also have special significance for Woodford Reserve and parent company Brown-Forman, since 2020 marks the company’s 150th anniversary. Notably, Fathom’s owner was Brown family member W.L. Lyons Brown, who served as the corporation’s chief executive from 1975 to 1993, and chairman from 1982 until he retired in 1995. Brown wanted nothing more than to see one of his horses run in the Derby, according to Crump’s website; thanks to the trailblazing jockey, his wish came true.

Crump—a self-taught rider who got her start working on a horse farm near her home in Oldsmar, Florida—now lives in Linden, Virginia, where she remains involved in the horse industry, offering consulting and sales services to potential horse buyers. Looking back on her decades-long career as a jockey, Crump tells Whisky Advocate that the anniversary of her 1970 Derby race is “important and historical,” especially considering that a year earlier, she became the first woman to ride in a pari-mutuel race in the U.S., at the Hialeah Park racetrack in Florida. “Being the first woman to ride in recognized races—and then to compete in the Kentucky Derby—I feel I opened a new door for women,” Crump says. “By being able to ride successfully throughout that first year, [I] showed the world that women did belong in the sport. I believe that this beginning was significant to prove that women had everything needed to be tough and equal competitors in a sport thought to be only for men.”

Fresh blackberries—the official fruit of Kentucky—along with blackberry preserves add depth and flavor to this riff on the classic bourbon Mint Julep, designed for the 2020 $1,000 Mint Julep cup.

Add blackberry preserves, simple syrup, and bitters to the julep cup. Pack the cup two-thirds full with crushed ice. Add bourbon and stir until chilled. Mound more crushed ice on top, garnish with fresh blackberries and mint sprig, and be sure to include a straw for sipping.