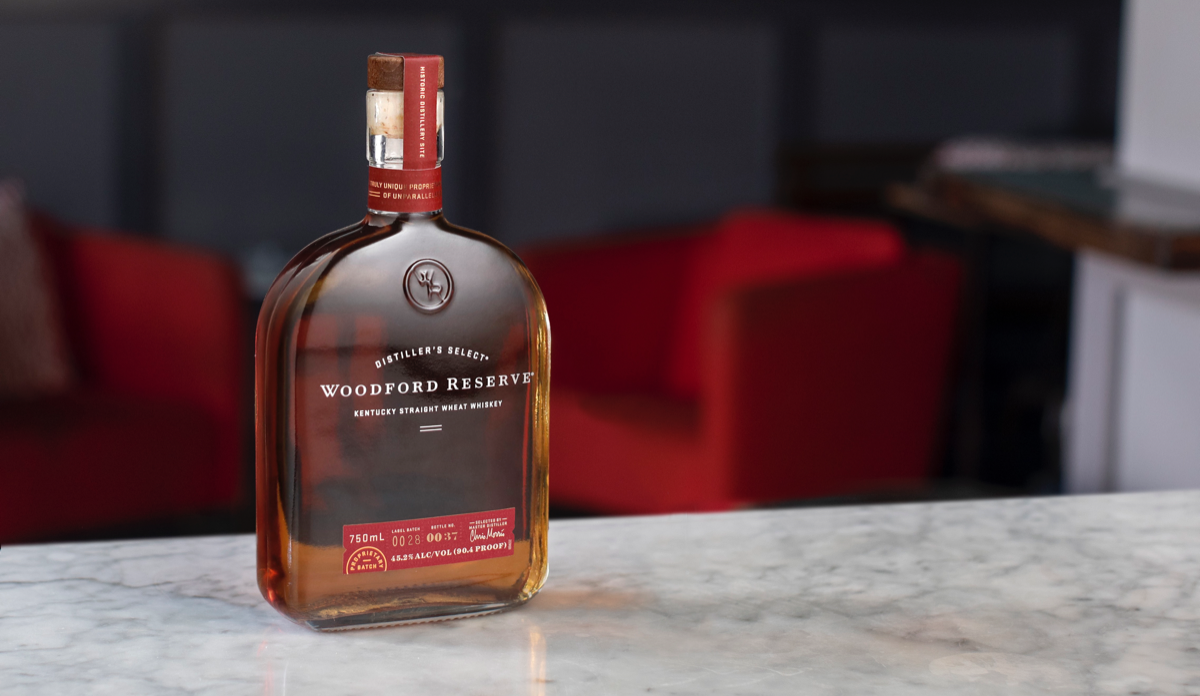 The biggest new whisky news of the week was Diageo’s unveiling of its 2019 Special Releases. Well, sort of. The scotch mega-company revealed the names of this year’s whiskies, but nothing else—and the pickings look a little slim.

We should get more information about those whiskies come fall, but for now, there are plenty of new releases with full details to anticipate. First up, Woodford Reserve is rounding out its core lineup with a wheat whiskey, priced at $35 and hitting shelves across the country now.

Limestone Branch Distillery is rolling out its Yellowstone Limited Edition Kentucky straight bourbon. There are 12,500 bottles available, priced at $100 each.

A new American whiskey brand, Luca Mariano, is releasing a straight rye. Sourced from Kentucky, the whiskey costs $45 and is available in Kentucky, Tennessee, and Michigan at the moment.

Laws Whiskey House in Denver is replacing its 4 year old bottled in bond bourbon with a 6 year old variation. The new whiskey is available in Colorado for $80.

Finally, a rare single-cask Amrut whisky is for sale through Norfolk Wine & Spirits in Massachusetts. Bottled from a single bourbon cask, there are just 120 bottles available, priced at $230. 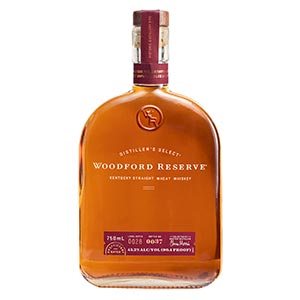 This straight wheat whiskey was distilled from a mashbill of 52% wheat, 20% malted barley, 20% corn, and 8% rye. A permanent part of the Woodford Reserve lineup, it is the distillery’s first wheat whiskey.

With this launch, Woodford now produces four of the five main American straight whiskey styles: bourbon, rye, malt (which launched last year), and wheat. The only one missing is corn, a style Woodford is unlikely to add since it has to be either unaged or aged in used or non-charred barrels (although, never say never). Wheat whiskey isn’t easy to find; while there are some craft distillers producing it, the only mainstream wheat whiskey that’s widely available is Bernheim, made by Heaven Hill. 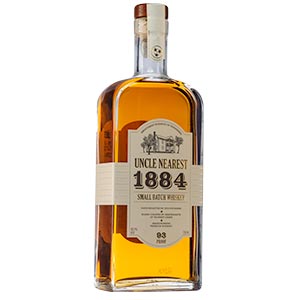 Joining Uncle Nearest 1856, this whiskey, sourced from an undisclosed Tennesee distillery, will be released in batches. Each batch is “curated” by one of the descendants of Nathan “Nearest” Green, a former slave and the first African-American distiller, for whom the brand is named. The person’s name and signature will appear on the back label of each bottle; the first batch was created by Victoria Eady-Butler, Green’s great-great-granddaughter. The number 1884 refers to the final year Green is believed to have made whiskey before retiring from distilling.

The Nearest Green brand is currently sourced from other distilleries, but founder and CEO Fawn Weaver is building a distillery complex in Shelbyville, Tennessee, that will open this fall. At the same time, Weaver is engaged in philanthropic and historic preservation activities through the Nearest Green Foundation. A slave until Emancipation and the end of the Civil War, Green was likely the one who taught Jack Daniel how to distill. His story is remarkable, and the whiskey named for him is pretty great too. 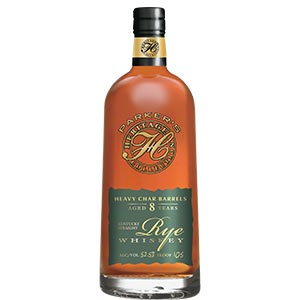 The 13th release in Heaven Hill’s Parker’s Heritage Collection, this rye was matured in level-5 char oak barrels, rather than the more typical level 3. It matured for 8 years and 9 months on the seventh floor of Rickhouse Y.

This is the first rye for Parker’s Heritage Collection, which is usually bourbon but has also included wheat and malt whiskeys in the past; the mashbill is the same as that used for Rittenhouse and Pikesville. The use of heavily charred barrels will lend strong oak and spice notes to the whiskey.

By the way, if you’re not sure how charring works, and what makes it so important for American whiskeys like bourbon and rye, we’ve got you covered. 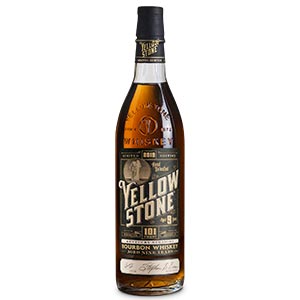 This year’s release of Yellowstone’s special-edition bourbon is made with barrels picked by head distiller Steve Beam, and includes some 9 and 12 year old bourbon.

We were big fans of last year’s limited-edition Yellowstone, scoring it 91 points. Look for a review of the newest release in an upcoming issue! 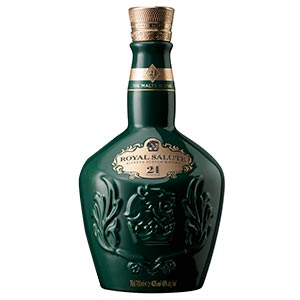 Made with over 21 single malts from across Scotland’s five regions, this is the first addition to Royal Salute’s 21 year old range since its debut in 1953, and the first blended malt ever for the brand. 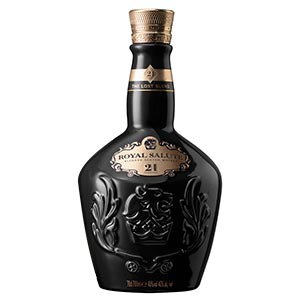 The first permanently available peated whisky in the Royal Salute line, this 21 year old blend features whisky from Imperial Distillery, which was demolished in 2013, among other “lost” distilleries.

While Royal Salute has released other 21 year old whiskies in the past, they have all been limited editions; both of these new blends are permanently available alongside the core 21 year old blend. Concurrent with their debut, the Royal Salute range is getting new, quite splendid packaging designed by Kristjana S. Williams. 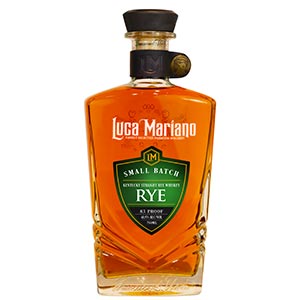 This straight rye was distilled and aged for 4 years in Danville, Kentucky, and bottled by Luca Mariano, a company started by Francesco Viola.

Viola aims to open his own distillery in Danville and recently purchased the William Crow house and other historic properties with plans to restore them. In the meantime, however, he’s contract-distilling custom bourbon and rye recipes. Luca Mariano Old Americana Small Batch Straight bourbon was released this past spring. The name “Luca Mariano” is a combination of Viola’s son’s name (Luca) and that of his grandfather, Mariano, in whose memory Viola began distilling and eventually started the company. 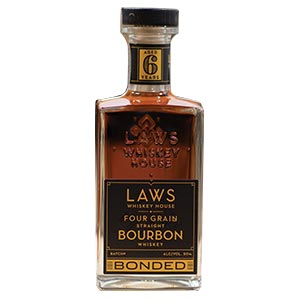 Denver’s Laws Whiskey House is replacing its 4 year old bonded bourbon with a version aged 50% longer. The new whiskey otherwise does not differ from its younger counterpart, made with a mashbill of corn, rye, wheat, and malted barley, all grown in Colorado, and matured in 53-gallon barrels.

When it was last reviewed in 2016, Laws’ bonded four grain bourbon scored 86 points. We’re curious to see how the whiskey tastes with two years of added maturation time. Stay tuned! 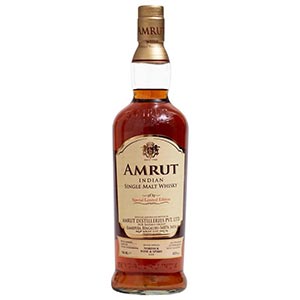 This unpeated single malt was distilled at Amrut Distillery in October 2012 and bottled in April 2019. It comes from a single bourbon cask, bottled exclusively for Norfolk Wine & Spirits in Massachusetts.

Amrut releases very few single cask whiskies, but knowing the distillery’s reputation and past scores, this is sure to be a high-quality bottling.