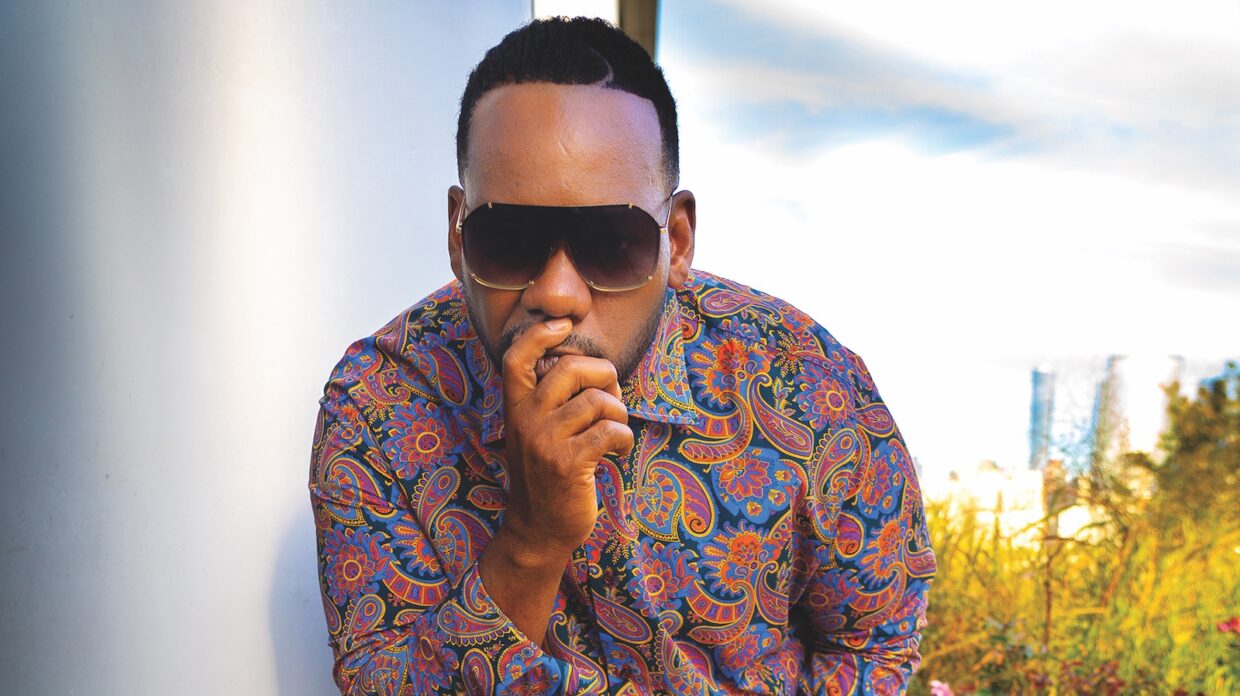 After releasing his own sparkling wine, Wu-Tang rapper Raekwon is stepping further into the world of drinks.

To music fans, rapper Corey Woods is best known as Raekwon The Chef for the flavorful lyrics he cooks up as a member of the Wu-Tang Clan. Now, the drinks world is getting a taste of his creativity, as the multi-platinum artist pursues other forms of expression. In 2018 he launched Licataa, a red sparkling wine from Italy. Then, in September 2020, he partnered with barware and accessory company Mover & Shaker to release a limited-edition cocktail strainer. “Being now a wine owner, I just felt it was my due diligence to get involved and engage a little bit more with the cocktail community and the spirits world as well,” Raekwon says of the collaboration.

A taste for good drinks appeared early in the rapper’s storied career, like on his 1995 solo debut album “Only Built for Cuban Linx…” and the song “Criminology,” when he raps, “But anyway, let’s toast, champagne thoughts with Ghost,” referencing fellow Wu-Tang member Ghostface Killah. On the back cover of the 2001 album “Bulletproof Wallets” the two rappers are shown lounging with a bottle of Crown Royal and an extra-large whisky-filled goblet in Raekwon’s hand. “That glass made me feel super important,” he says.

Even before Wu-Tang made it big, wine or whisky supplemented their creative sessions. “These were things that excited us in the staircases when we were pretending to feel like we were on stage,” Rae says. “It was always a passion and it helped my creative juices flow.” With success, Raekwon and his collaborators continued to seek whiskey, namely Irish, with Redbreast and Jameson among their favorites. “These were drinks that we pretty much felt, they get right to the point, they’re prestigious, and they really had a lot to do with us creating a vision when we were rhyming to the beat,” he says. However, he doesn’t discount single malt scotch, occasionally indulging in Macallan 18 year old. “At the end of the day I may need that. I’m a businessman and sometimes I have so much going on; I need to just take a break.” 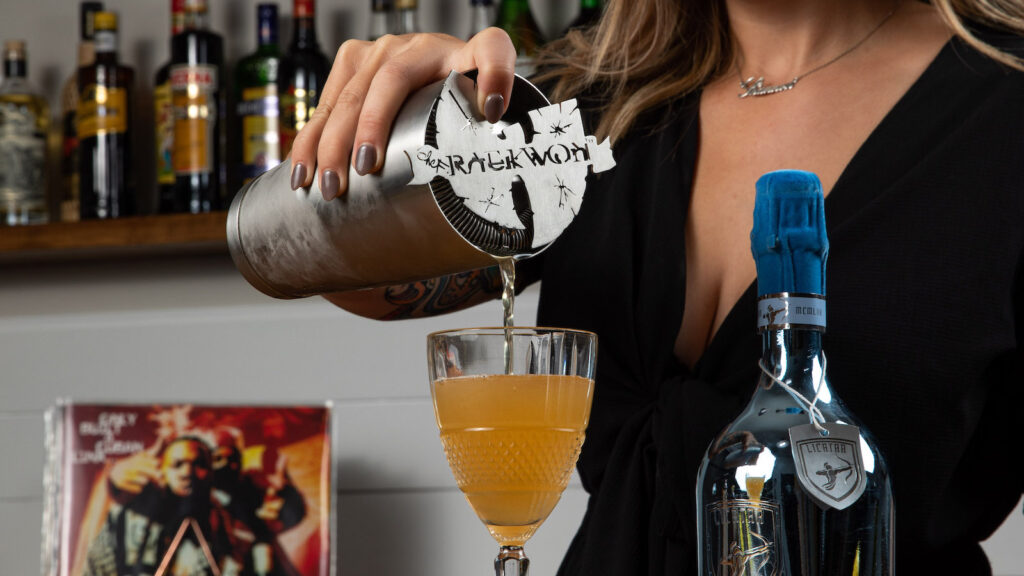 In honor of his debut solo album’s 25th anniversary, Raekwon teamed up with barware company Mover & Shaker for a custom cocktail strainer.

More recently, after following skilled bartenders on Instagram, Raekwon developed an appreciation for cocktails and admiration for the people who create them. “When I look at these cocktail makers and these bartenders, they remind me of artists,” Rae says. “They put together a chemistry that’s undeniable and then they give it to the fans. It’s like putting your pen down to make the greatest songs,” he adds. “I just fell in love with the style that they do [it with].” A desire to aid bartenders during the pandemic partly inspired his custom cocktail strainer. Only 300 were produced, with a portion of the $105 price going to hospitality industry relief funds. Rae also boasts some bar cred himself, as an amateur mixologist. He likes to keep it simple at home, making Whiskey Sours with fresh lemon juice and simple syrup, while saving more involved cocktails for when he dines out.

Rae hints he has more plans for the drinks world, but doesn’t want to give away “the goods” right now. “I want to see the cocktail industry rise again to its best level that it used to be,” he says. “There’s a lot of things I want to do. This right here that I did with Mover & Shaker is pretty much the tip of the iceberg that just cracked. So yeah, The Chef is going to be around for a while doing a lot of things with a lot of people.”

Who: Raekwon The Chef
Also known as: Rae, Lex Diamonds
Go-to whiskies: Crown Royal, Jameson, Redbreast, Macallan
How he drinks: Neat, Whiskey Sours, and creative cocktails
Why he loves whisky: “Just sitting down and having a glass of something nice and rich, it does something to me. It puts me in a level where I want to put a silk shirt on. I want to crack a Cuban cigar. I have my moments.” 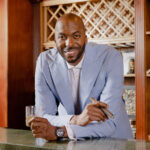 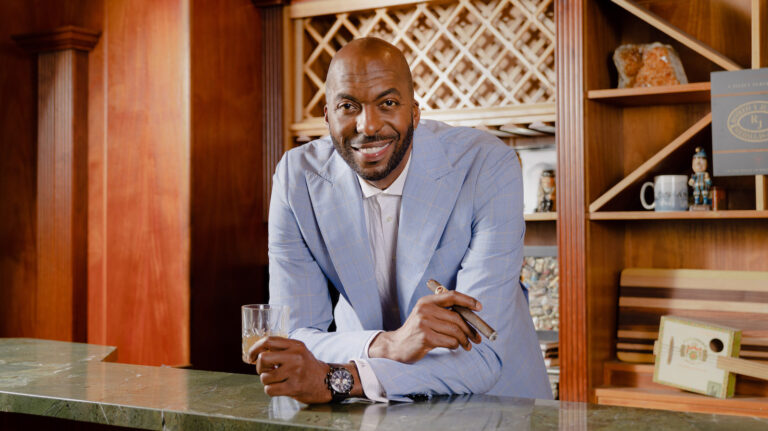 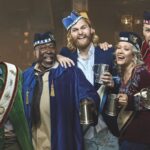 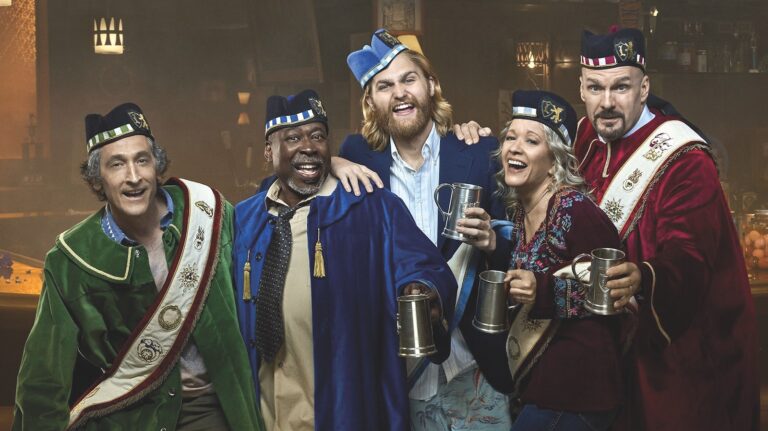