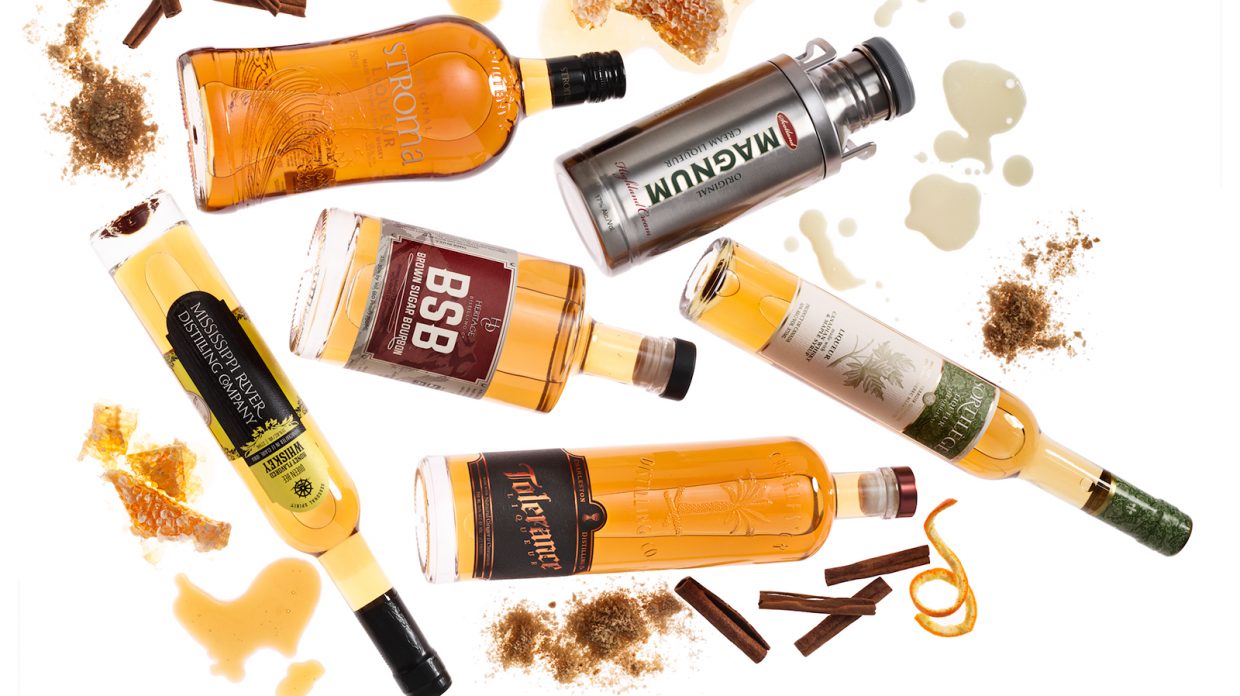 These liqueurs won't do any damage to your cocktail or reputation. (Photo by Jeff Harris)

Serious whisky drinkers usually turn up their noses at sweet liqueurs, and with good reason: many are made with neutral grain spirit (think vodka) and packed with artificial flavors and neon food coloring. But these days, respected distillers are crafting inventive and flavorful liqueurs using their own aged whisky. If you’re in the mood for an indulgent treat, you no longer have to risk ridicule. These whisky liqueurs offer sweet satisfaction with natural flavors and aged spirits, ensuring your whisky cred remains secure.

Fruit: Stroma Malt Whisky Liqueur—35%, $35
A blend of fruit flavors and single malt whisky from Scotland’s Pulteney Distillery, this syrupy treat retains a backbone of oily character from the “maritime malt.” Its name comes from an island off the rugged Caithness coast and means “island in the stream” in Norse.
Tastes like: Citrus-flavored salt water taffy
Try it: With an equal part of Old Pulteney 12 year old and a couple dashes of orange bitters

Cream: Magnum Cream Liqueur—17%, $28
Cream liqueurs are mostly the province of Irish whiskey, but Magnum is made with single malt from Speyside’s BenRiach Distillery and flavored with chocolate, toffee, and caramel. Reuse the milk can-inspired bottle for a trail-ready toddy.
Tastes like: Chocolate-covered soft caramels
Try it: In place of Irish cream for a “Scottish coffee” or poured over vanilla ice cream

Honey: Queen Bee Honey Whiskey—35%, $18/375 ml.
To craft this liqueur, Iowa-based Mississippi River Distilling boils and strains locally sourced honey before blending with its Cody Road bourbon. After a two-day marrying period, the liquid is filtered for clarity.
Tastes like: Honeycomb candy
Try it: Over ice with a sprig of mint or stirred into your tea

Brown Sugar: Heritage Distilling Co. Brown Sugar Bourbon—30%, $30
By blending their house-made bourbon with brown sugar and cinnamon, Heritage crafts a comforting elixir perfect in both hot and cold beverages. When the temperature really dives, trade up to the higher-proof Brown Sugar Bourbon 103.
Tastes like: Coffee cake
Try it: Neat, on the rocks, or mixed with Dr. Pepper

Maple: Sortilège—30%, $20/375 ml
Canadian rye whisky combines with first-run Québec maple syrup, prized for its clarity, in this clean, sweet liqueur. The name “Sortilège” translates to “the spell” and refers to the early spring period when maple tree sap begins to run.
Tastes like: Diner flapjacks
Try it: As the base for a Mimosa or mixed with wheat beer like Ommegang Witte

Spice: Charleston Distilling Co. Tolerance—36%, $32
This blend of South Carolina corn, wheat, and rye is distilled to around 188 proof. Fresh ginger and cinnamon chips macerate for four to five weeks before cinnamon simple syrup, ginger juice, and molasses are added to create a spicy, earthy liqueur.
Tastes like: Ginger-molasses cookies
Try it: Topped with ginger beer or hard cider, or as the sweetener in an Old-Fashioned with the distillery’s Calhoun’s Rye 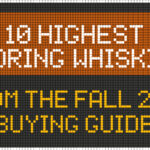 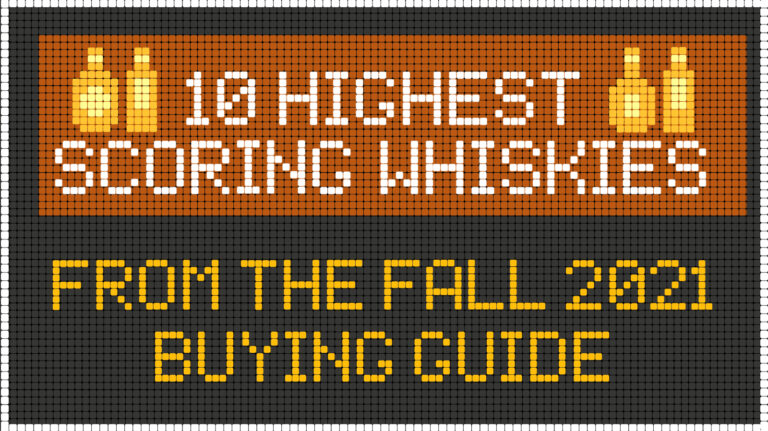 These whiskies from Ardbeg, Balvenie, Barrell, Bruichladdich, Paul John, and more all scored high marks in the Fall 2021 issue.

These barrel proof bourbons and Canadian rye whiskies will stand up to any amount of ice or water you throw at them.

Coming from India, China, Wales, and beyond, these worldly whiskies encourage a more far-reaching exploration of single malts.