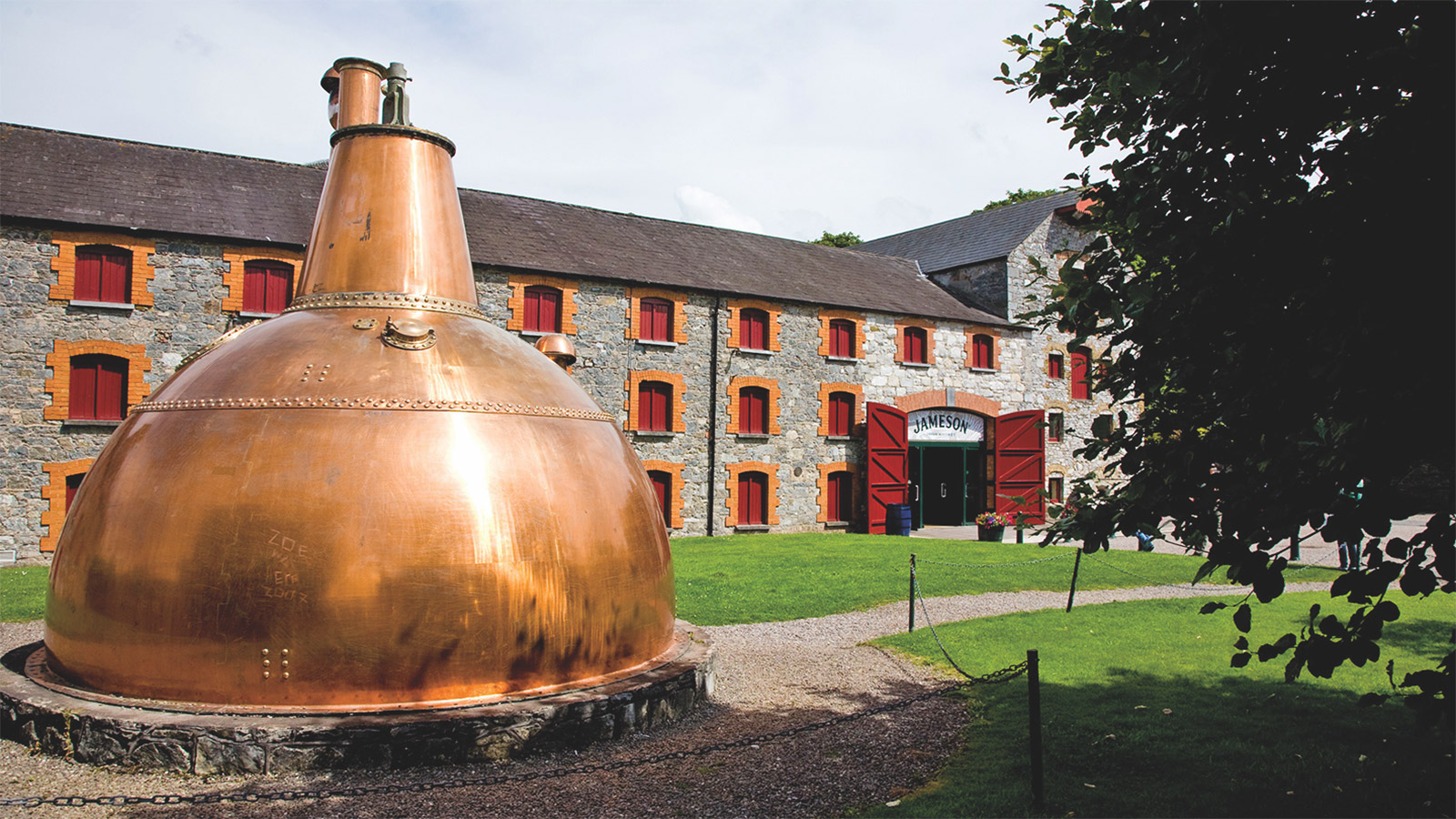 A pot still at the Jameson Experience Visitor Centre in Midleton, Ireland.

Whisky may evolve slowly in the cask, but occasionally a progressive leap forward comes along, a seismic development that changes everything in a heartbeat. The privilege of delivering these accomplishments comes with lasting recognition. Generations of whisky makers follow in the footsteps of the innovators, offering refinements on genius, but forever in their debt. These ten junctures have helped to forge the taste, heighten the pleasure, and illuminate the joy we discover in a glass of good whisky today.

Like America’s Declaration of Independence, Ireland’s single pot still whiskey is the brilliant result of a bunch of guys who didn’t want to pay their taxes. With the passage of the Malt Tax in 1785, Irish distillers were forced to pay duty on malted grains in addition to the spirit they produced. The extra tax caused distillery owners to re-evaluate their cereal selection in search of a loophole. Malted barley is crucial to successful fermentation, but given the duty on it, distillers reduced the proportion of malted barley as low as they could, making up the difference with tax-free grains, like unmalted barley, rye, corn, or oats. The addition of unmalted barley not only improved yields, but also resulted in a new style of whiskey, later dubbed single pot still. In 1880, the malt duty was repealed, but Irish single pot still whiskeys, like those produced at Midleton Distillery, remain favorites of connoisseurs for their glorious mouth-coating spiciness.
Taste it today: Redbreast 12 year old—Wonderfully fruity and spicy, this whiskey delivers the distinctive Irish pot still whiskey mouthfeel.

Early American whiskeys were often harsh, and their coarse, uneven flavors made them unpalatable to drink neat. Alfred Eaton, a Tennessean, is associated with the creation of the Lincoln County Process—a technique that mellows and smooths whiskey by filtering it through sugar maple charcoal before it ever enters a barrel. Charcoal mellowing reduces the grainy characteristics of freshly distilled whiskey, removes the fatty acids, and softens the mouthfeel. There is debate as to whether Eaton deserves all the credit for the technique that has come to define Tennessee whiskey and contributed to Jack Daniel’s emergence as America’s top-selling brand of whiskey. At Jack Daniel Distillery, the process begins with controlled burning of maple wood to create charcoal, according to Chris Fletcher, assistant master distiller. “This charcoal is ground and packed ten feet deep. Our new make whiskey will slowly drip through these vats for two to three days before we enter the mellowed whiskey into our own handmade barrels.”
Taste it Today: Gentleman Jack Tennessee Whiskey—A second run through charcoal after aging reinforces the character of charcoal mellowing.

Traditional pot still distillation yields flavorful spirit, produced batch by batch, but the process is inherently inefficient and labor intensive. Aeneas Coffey patented the design for a still that could continuously produce alcohol at both higher strength and lower cost. Coffey, a former senior excise official in Ireland, refined the most promising early 19th century designs from other inventors, like the Cellier Blumenthal still that trialed steam-driven continuous distillation inside long cylindrical columns. The Coffey still consists of two columns which contain a number of compartments separated by heated plates. The plates are perforated with small holes to permit the upward passage of steam and alcohol. The distiller collects the condensed alcohol concentrated near the top of the column and doesn’t have to cease distilling to feed the still. The continuous still model enables large-scale distillation of grain whisky, vital for blended scotch and Irish blends, and is the basis for nearly all bourbon production today.
Taste it today: Nikka Coffey Grain—A complex Japanese grain whisky with sweet flavors of toffee and vanilla produced in a Coffey still at the Miyagikyo Distillery.

Imagine purchasing your favorite bourbon and having no idea if it would taste anything like the last bottle you enjoyed. In the absence of laboratory cleanliness and modern science, a lot of 19th century American whiskey got off to a bad start—literally—as good fermentation is critical to the final flavor. The sour mash process uses spent material from a previous batch of whiskey to improve the whiskey’s consistency and flavor from batch to batch, making it smoother and more palatable.
From a technical perspective, the technique ensures the correct acidity, controls bacteria, adds flavor, and optimizes the activity of the yeast to improve the alcohol yield. Dr. James Crow (1789–1856), a Scottish chemist who emigrated to the U.S., improved the consistency of American whiskey by refining the sour mash process. By monitoring acidity, sugar levels, and temperature during production, he brought analytic rigor to the process that taught him why his whiskey was smoother and tastier than others, and it became a de facto standard for American whiskey.
Taste it today: Old Crow Kentucky Straight Bourbon Whiskey—There is no shortage of sour mash whiskeys out there, but this one is the namesake of Dr. Crow. 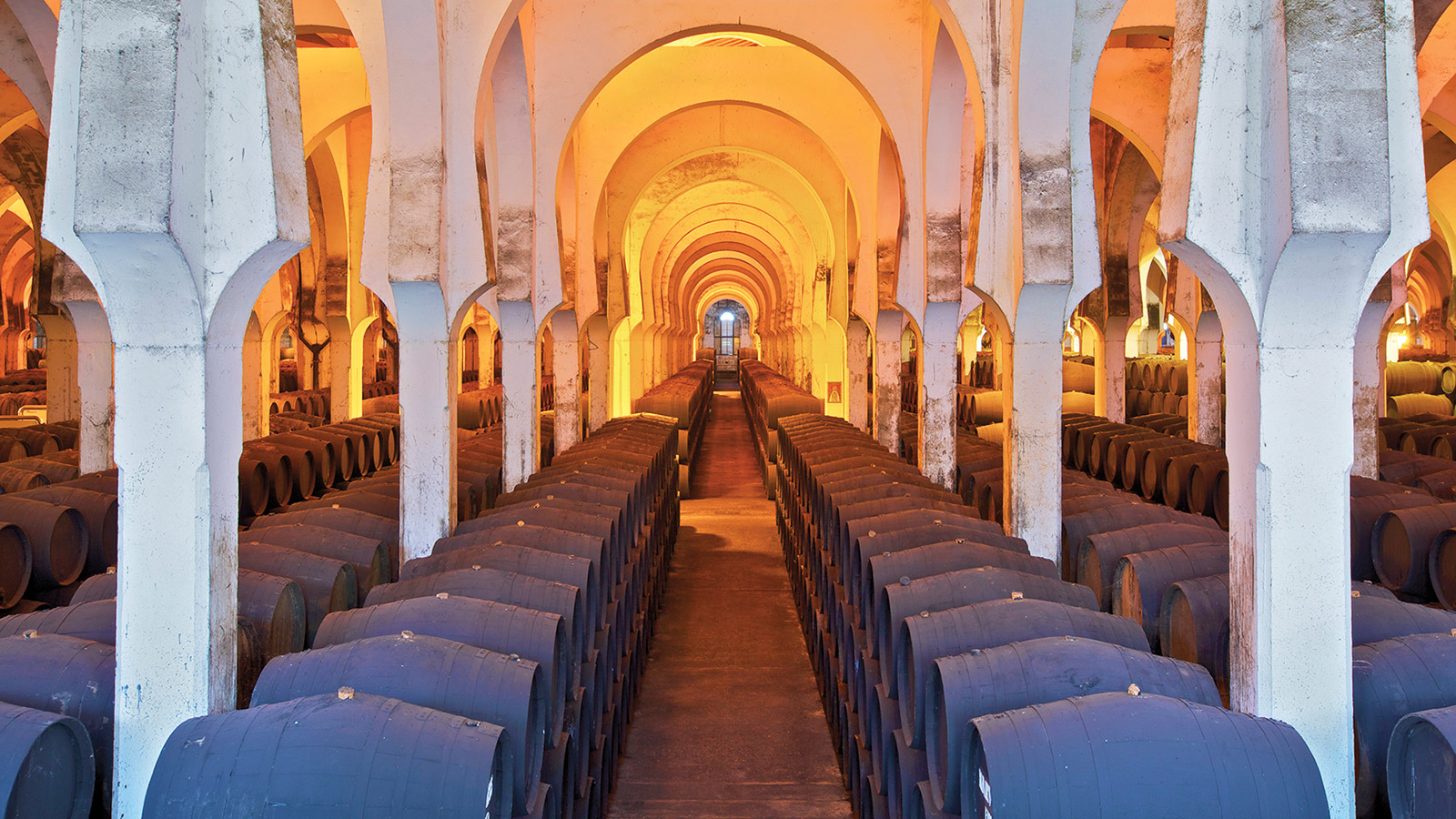 Andrew Usher Jr. was the father of blending, commemorated for pioneering blended scotch. This prominent style of whisky combines single malt whiskies, made in a pot still, with lighter grain whiskies, made in a continuous column still. Usher’s artful blends were mellower, more palatable, and more consistent than whiskies had ever been before. As consumers readily embraced the easy-drinking whisky, Usher aided blended scotch in its ascent to dominate the whisky world. Though debate has raged about the creator of the first-ever blend, his recipe for Usher’s Old Vatted Glenlivet found broad success. Luck, good and bad, played its part too; the devastating effects of phylloxera on the French vineyards in the 1880s, for example, helped blended Scotch whisky to supplant brandy. Today, blended whiskies rank among the most popular in the world, including household names such as Dewar’s, Johnnie Walker, Buchanan’s, Grant’s, and Chivas Regal.
Taste it today: Compass Box Great King Street The Artist’s Blend—This heavenly blend with Edinburgh roots is a tribute to the talents of blenders of the past.

Drinking bourbon was once a risky business. When American whiskey was traded by the barrel or sold in unlabeled bottles, the contents were susceptible to tampering by unscrupulous saloon owners, middlemen, and distillers. The drinker gambled on possible dilution and adulteration of the original spirit with cheaper liquor, flavorings, or even harmful substances. Old Forester is credited as the first bourbon to be commercially filled into sealed glass bottles to assure the quality of the liquid. Entrepreneur George Garvin Brown’s bottles of Old Forester came with a handwritten guarantee and his signature to ensure the whiskey’s veracity.

By 1897, the Bottled in Bond Act enshrined additional guarantees for the drinker about the liquid they were buying. Bottle security, integrity, quality assurance, and authenticity remain important to the modern whiskey drinker, as holograms and high-tech seals have evolved from the mark of quality pioneered by Brown and Old Forester.
Taste it today: Old Forester 1870 Original Batch—Pay homage to George Garvin Brown’s commercial bottling and exacting batch process, replicated in this bottling.

The process of creating barley malt by hand, or floor malting, requires the tedious manual turning of damp barley with a shovel for days on end as germination converts the starches to sugar for making whisky. Today, just a handful of scotch distilleries still practice floor malting, and none of them keep the still fed by floor malting alone. Speyburn Distillery pioneered industrial malting with the installation of six drum-malting machines in 1897. The automation of the process increased production and made the task far less arduous. In drum maltings, huge metal cylinders replace the shovel and rake. The cylinders rotate on cogged rollers to pneumatically condition the germinating grains of barley tumbling around inside. Speyburn retired their endearing Victorian machinery in 1967, but modern large-scale malting like that at Port Ellen Maltings on Islay continues to improve energy and water efficiency, while ensuring there is ample whisky to go around.
Taste it today: Speyburn 10 year old—The originator of drum maltings offers good value in this simple and sweet charmer, with delicate floral and red fruit flavors.

Advertising single malts in the Mad Men era laid the foundation for today’s golden age of whisky. When most scotch drinkers were loyal to their favorite blend, William Grant’s great-grandson Sandy Grant Gordon began to promote exports of unblended whisky, produced exclusively at the Glenfiddich Distillery. Bars in New York, Boston, and Chicago were soon pouring Glenfiddich. The product of just one distillery, single malt Scotch whisky had of course been available long before the 1960s. Glenlivet was shipped to the U.S. at the end of Prohibition and distributed through the rail network. Gordon & MacPhail sold single malt whiskies for decades, and from the 1960s, their Connoisseur’s Choice range gave momentum to the growing popularity of single malts. But the ads from William Grant & Sons in 1963 were selling something new: single malt as aspirational, sophisticated, and cosmopolitan, resulting in decades of widening choice.
Taste it today: Glenfiddich The Original—This limited-edition replica, inspired by the 1963 single malt, celebrates the dawn of single malt with its floral and fruit notes and a dry sherry finish.

Maturing whisky in a second cask opened up an enlightening and flavorsome new chapter for scotch. Blenders discovered that transferring their mature whisky to casks that previously held port, rum, or Spanish sherry like that of Bodegas Harvey could impart characteristics and complementary flavors, creating new expressions in a matter of months. The world’s first finished whisky was the Balvenie Classic range: sherry finished whisky sold in distinctive bocksbeutel-style bottles in the 1980s. Created by David Stewart, Balvenie’s malt master, he recalls being delighted at how the European oak added richness and spiciness to the flavors imparted by the original bourbon cask. Like many innovations, finishing was not warmly received by all. Purists initially disparaged the concept, denouncing it for messing with real whisky, but they quickly found themselves a minority, as the popularity of finished whiskies took off.
Taste it today: Balvenie DoubleWood 12 year old—Satisfyingly rich, with flavors of honey, vanilla, and spice augmented by its finish in oloroso sherry casks.

The Glencairn glass made us stop and nose our whisky, not just toss it back from a tumbler. “A glass that holds the bouquet helps you understand what is so special about malts,” said whisky author Michael Jackson in 2001, the year the Glencairn glass was launched. Raymond Davidson, founder of Glencairn Crystal, grew tired of asking bartenders to serve his whisky in a wine glass. Based on a copita and created with input from five master blenders, he designed the unique shape to free the aromas by optimizing the contact between the whisky and the air, and to sit comfortably in the hand with a hardy base that could survive life in a pub. Twenty million glasses later, the Glencairn is now used in more than 70 countries. With the silhouette of an inverted Scottish thistle, it was the innovation that helped countless whisky lovers take their first steps toward appreciating whiskies, and the glass we strive to keep filled with fine whisky today.
Taste it today: Johnnie Walker Black Label 12 year old—Davidson recalls drinking Black Label in Glasgow pubs in the 1970s, and rekindles those memories with this smoky blend.