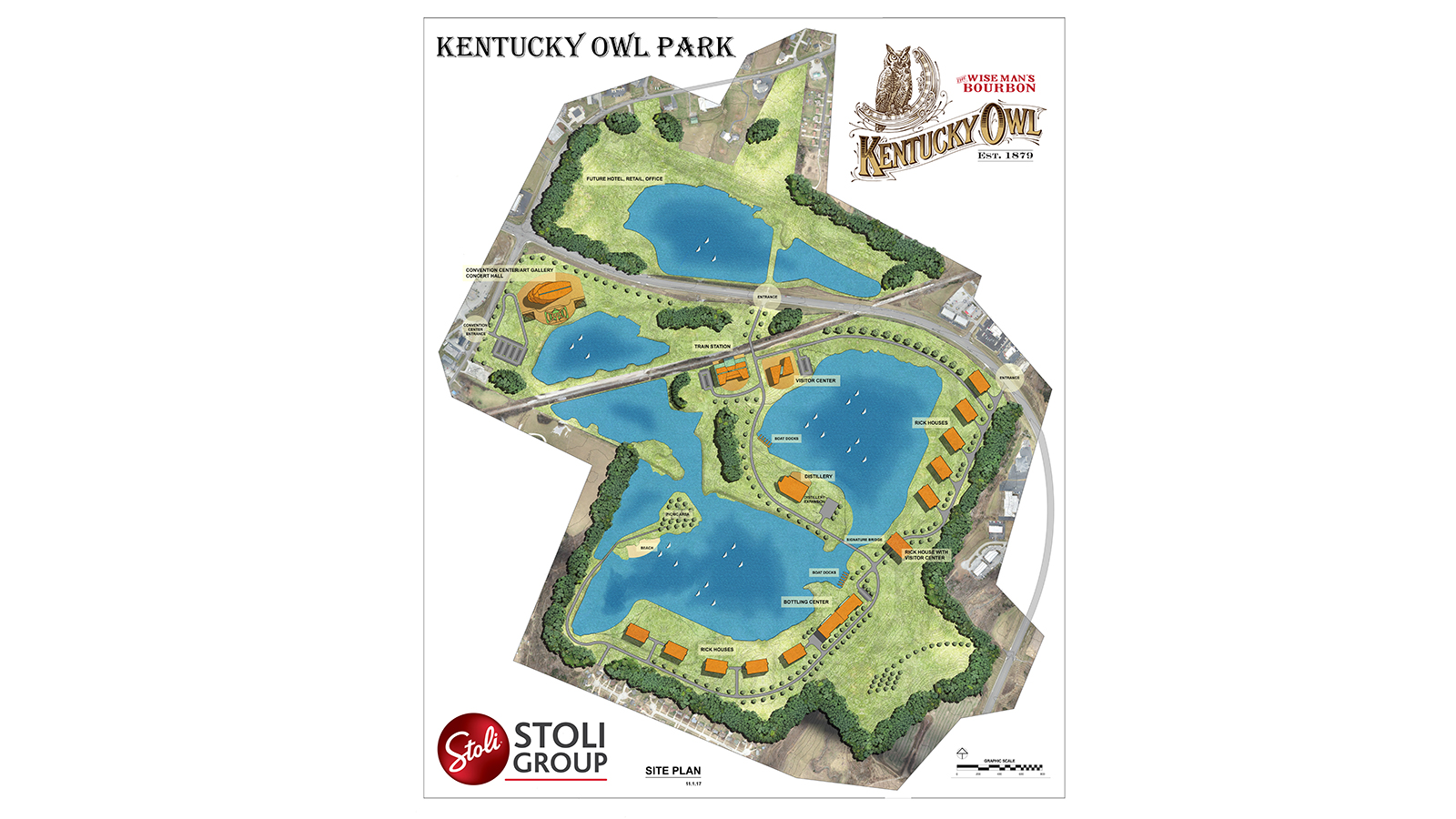 News broke in September that SPI Group—which owns the Kentucky Owl brand of bourbon and rye—was eyeing property in Bardstown, Kentucky, and now the company’s U.S. arm, Stoli Group, has confirmed plans to build a distillery there. The 420-acre site at Cedar Creek Quarry will be called “Kentucky Owl Park” and will be home to a distillery with a capacity of 1.5 million proof gallons and an elaborate visitor experience. Construction is scheduled to start in early 2018, with whiskey production slated to begin by 2020. This will be Bardstown’s sixth distillery, joining nearby Heaven Hill, Barton 1792, Willett, Bardstown Bourbon Company, and Lux Row.

The Kentucky Bourbon Trail already boasts some of the most world-class visitor centers for whiskey lovers, and Kentucky Owl Park looks to add to the destination experience. In addition to the usual facilities found at a bourbon distillery—the distillery itself, two rickhouses with space for eight more, and a bottling center—Kentucky Owl Park will also have a number of visitor amenities. Plans call for a freshwater lake, gourmet restaurant, convention center, and a refurbished train station with a vintage passenger train.

Visitor experience aside, the new distillery will allow Kentucky Owl to finally make its own bourbon and rye. The brand has used sourced whiskey from the start, although founder Dixon Dedman has been contract-distilling whiskey for the last several years and storing the barrels at rickhouses across Kentucky. Once the new distillery comes on line, Kentucky Owl will be able to distill and mature all its whiskey in-house. Of course, the maturation period will take many years, and in the meantime, Kentucky Owl will remain a sourced product.

Ultimately, the real goal of this project is to open a distillery that can make a number of other whiskeys. Kentucky Owl is a small, boutique brand—its bourbon only became available outside of Kentucky in September, and its rye is brand new this fall. Both whiskeys are limited. Dedman told Whisky Advocate in September, “It will always be very craft, very boutique, very small, and mid-release,” and he has reiterated that intention. With such massive capacity at the new distillery, Kentucky Owl itself will be only a small piece of the overall picture. Stoli Group just created an American Whiskey Division, and it has set its sights on making other whiskeys too—both new brands and, potentially, whiskeys that it acquires in the future. Dedman will remain the master blender for Kentucky Owl, but Stoli Group will hire a master distiller to oversee production at the distillery.