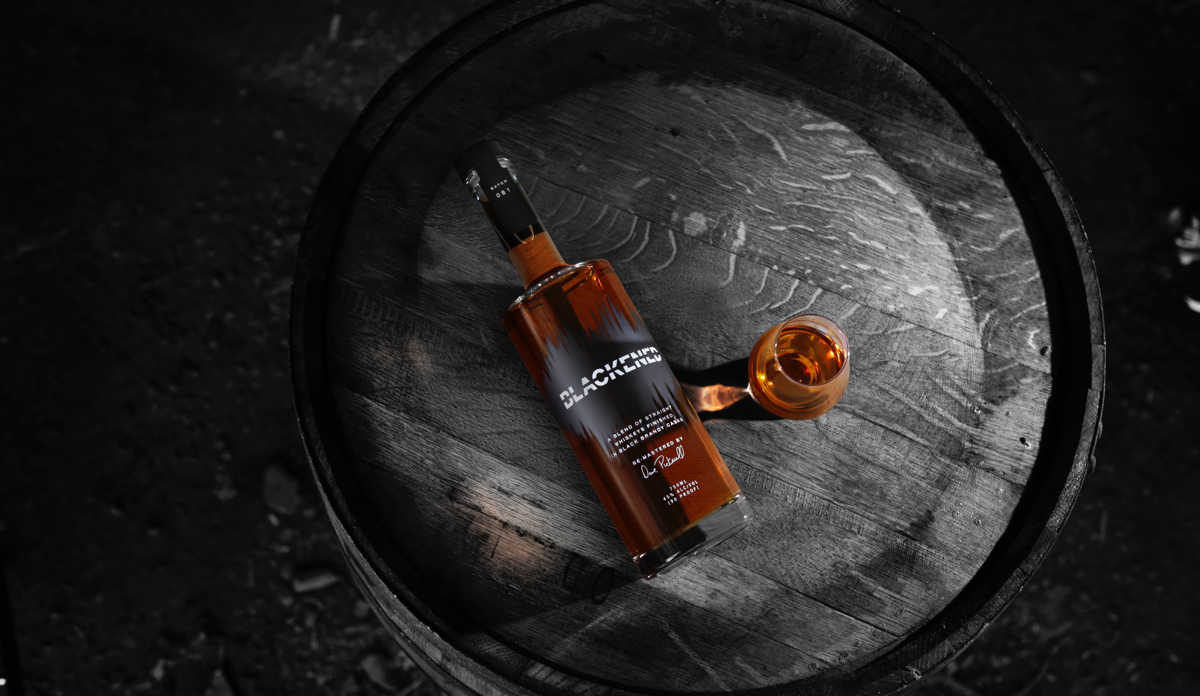 Metallica and Dave Pickerell have teamed up to create Blackened, a blend of straight whiskeys made with "sonic enhancement."

Crank up the subwoofers and get ready to rock and roll: Metallica has its own whiskey, and it was created in part by the band’s music. A blend of straight American whiskeys selected and blended by master distiller Dave Pickerell, Blackened was put through a proprietary “sonic enhancement” process that used Metallica songs to create sound waves that impact chemical reactions taking place in the aging whiskey. Coming out in late September, the whiskey will be available in a handful of states and online for $43.

Less glitzy but equally exciting: Four Roses has announced its 2018 Limited-Edition Small Batch. This year’s release celebrates the distillery’s 130th anniversary. With just over 13,000 bottles available and priced at $140, expect it to be in high demand among both Four Roses fans and collectors.

Speaking of collecting, Highland Park has unveiled its second-ever 50 year old whisky. A mere 274 bottles, packaged with a custom crystal decanter, will be available at $15,000 apiece.

Back to more affordable things: Clyde May’s is launching a straight rye, sourced from MGP Distillery. The $45 whiskey will be widely available.

Meanwhile, FEW Spirits in Chicago has created a new American whiskey, a marriage of straight bourbon, straight rye, and a cherrywood-smoked straight malt whiskey. Initially available in New York and Illinois, the whiskey will eventually be more widely distributed at a price of $50.

If you’re local to Texas or Tennessee (or traveling there), there are some distillery exclusives to look for. Balcones Distillery in Waco, Texas is releasing a high-rye bourbon. Available only at the distillery, it will cost $80. Up in Nashville, Nelson’s Green Brier Distillery has a new limited release in its Belle Meade Craftsman Cask Collection, a bourbon finished in 100% Tannat wine barrels. The whiskey costs $125 and is for sale at the distillery only.

Finally, the Grant’s blended scotch brand has renamed and repackaged its core whisky. Now known as Grant’s Triple Wood, reflecting the three cask types used for maturation, the liquid inside remains the same as before, and is widely available at $17 a bottle. 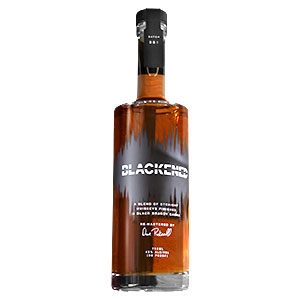 Legendary rock group Metallica has partnered with master distiller Dave Pickerell to create a whiskey that has been “finished” with the band’s own music. Blended from multiple straight whiskeys, sourced from undisclosed distilleries, Blackened spends several weeks finishing in so-called black brandy barrels. During that time, the barrels are subjected to low-hertz sound waves that interact with the wood and liquid to enhance molecular reactions taking place. The sound waves, of course, are created by playing Metallica’s music, using technology developed for them by Meyer Sound. Each batch of the whiskey will have its own custom playlist, available for streaming at blackenedwhiskey.com.

The partnership between Pickerell and Metallica is called Sweet Amber Distilling Co., and there are plans to open a distillery and brand experience in the Bay Area next year.

Whiskeys that have been “finished” or “enhanced” with sound waves aren’t new; several producers, including O.Z. Tyler Distillery in Kentucky, use sonic waves to catalyze esterification or other chemical reactions in aging whiskey. (For an in-depth look at how this works, check out the Spring 2018 issue of Whisky Advocate.)

But Pickerell and Metallica are adamant that their process—trademarked as BLACK NOISE—does not circumvent or replace traditional barrel aging. The whiskeys are already aged when blended and put through the finishing process. In the press release for this whiskey, Pickerell says, “This just kicks the finishing process up a notch. The sonic enhancements shake the whiskey molecules to their core. At a low-enough frequency, flavor elements start to work their way out of the barrels and into the blend.”

According to the release, the whiskey has much less intensity than its name would suggest. Stay tuned for Whisky Advocate’s review in an upcoming issue. 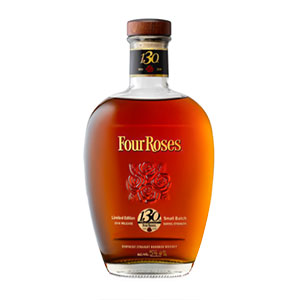 Scratching your head at those strings of letters? Four Roses has ten different recipes for its bourbon, and the combinations of letters are a shorthand code for each one. The distillery’s website has a great explanation, as does longtime Four Roses manager and brand ambassador Al Young, who came in last year to explain the flavor differences among the various recipes using his own special-edition bourbon as a guide. 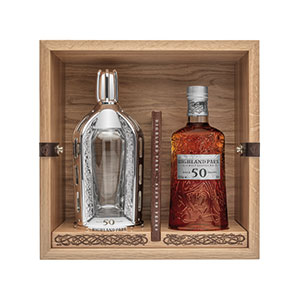 Created by Highland Park’s longest-serving whisky maker, Max McFarlane, this single malt comes from two sherry-seasoned Spanish oak hogsheads laid down in 1964. The two casks were transported from the Orkney distillery to Glasgow in 2009, where they were married for another eight years of maturation. A small amount of whisky distilled in 1960—some of which was released in 2010 as Highland Park’s first 50 year old—was also included in the final blend. The whisky is packaged in a custom box with a crystal decanter.

Although Highland Park didn’t make the cut for our top ten most collectible distilleries, its whiskies certainly qualify as highly desirable for both collectors and drinkers. And at this price, the whisky is bound mainly for cellars and cabinets, rarely to be tasted. But if you do get a chance to try it, let us know what you think! 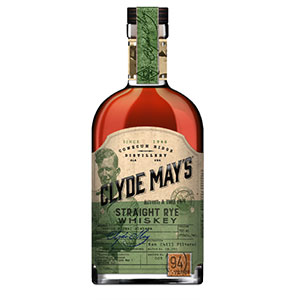 The first rye from Clyde May’s, this is a 3 year old straight rye distilled in Indiana.

Like many young brands, Clyde May’s sources whiskey from other distilleries, although the company has plans to build a distillery of its own in Troy, Alabama. While there’s no information about which distillery or distilleries provide the whiskey for Clyde May’s bourbon and Alabama whiskey—bourbon with a bit of added flavoring to give the impression of dried apples in the barrel—this rye comes from Indiana, a sure signal that it was made at MGP Distillery. 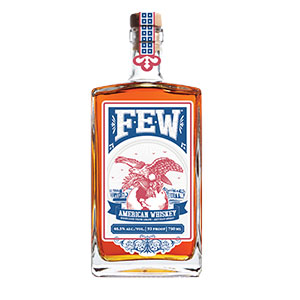 “Whiskey” covers a whole range of possibilities in terms of mashbill, aging regimen, and other production details. In this case, FEW has blended its bourbon and rye with an experimental cherrywood-smoked malt whiskey. Currently available in limited amounts, FEW Spirits founder Paul Hletko is already making more of this whiskey, with plans to expand its distribution in the spring of 2019 and the coming years.

Blends of different styles of straight whiskey are a growing trend—in recent months, we’ve seen releases from Basil Hayden’s and Coppersea, not to mention High West’s ongoing limited-edition Bourye. And who can forget Little Book The Easy, Whisky Advocate’s number-11 whiskey in the 2017 Top 20?

Look for my review of FEW American whiskey in the Fall 2018 issue of Whisky Advocate, hitting newsstands in late September. 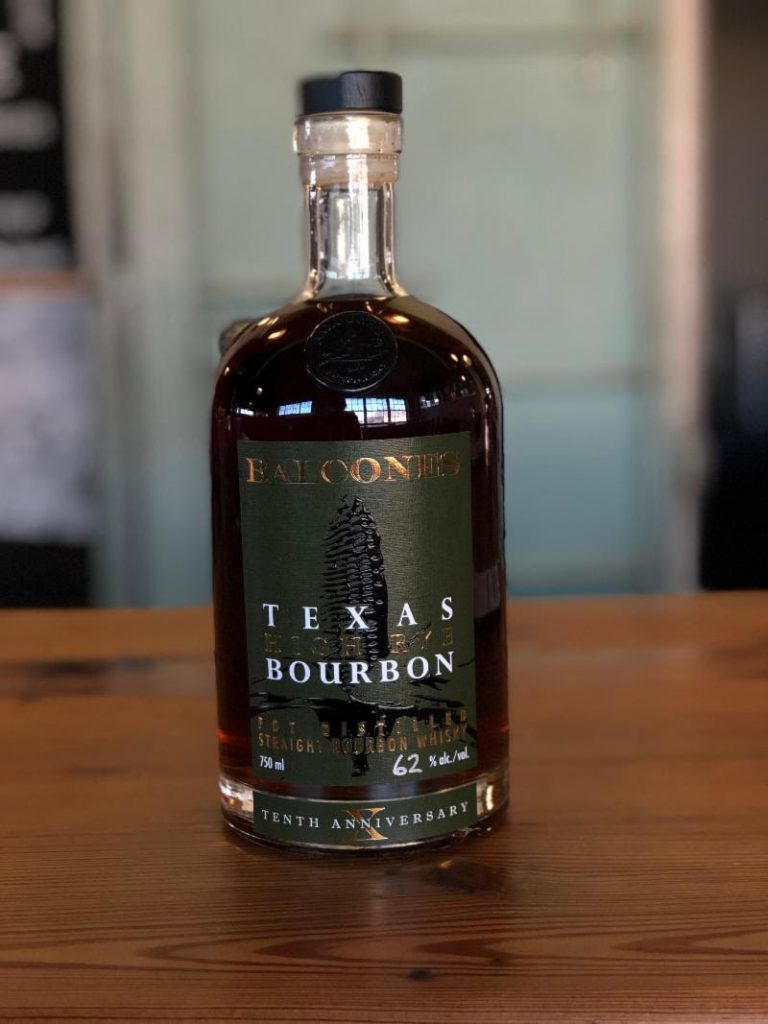 This new bourbon from Balcones Distillery in Waco, Texas features a high-rye mashbill: 55% blue corn, 32% Texas-grown rye, 7% specialty ryes, and 6% Golden Promise malted barley. It is available in limited amounts at the distillery only.

Along with this new bourbon, Balcones is also releasing the 2018 edition of its Blue Corn bourbon, made from 100% blue corn. Both whiskeys will be released first at the distillery on September 8, and the High Rye bourbon will only be for sale there, while the Blue Corn will be distributed throughout Texas. 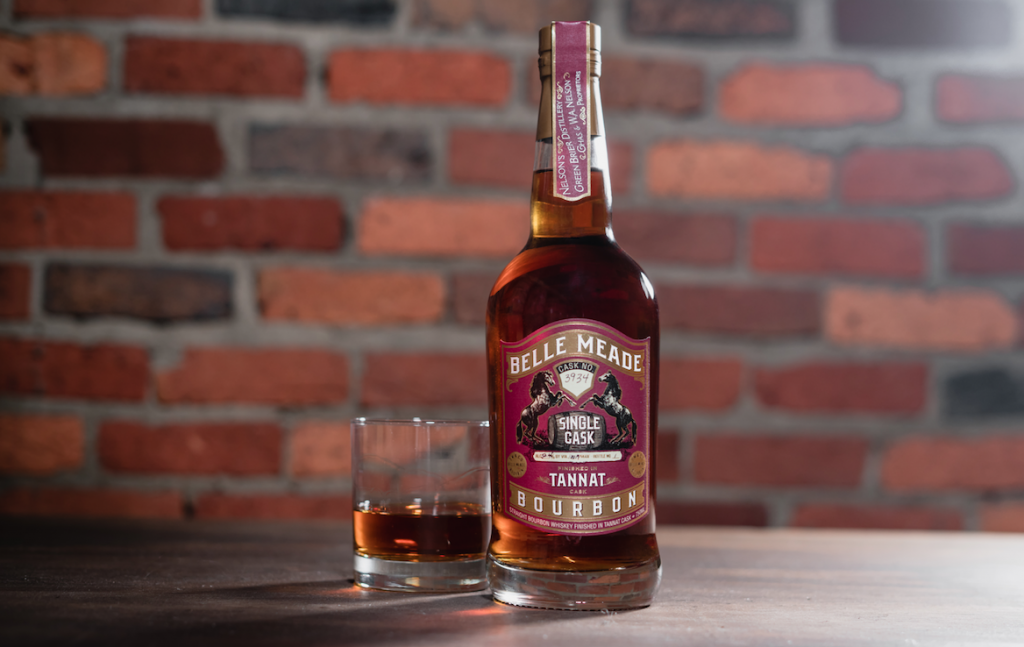 While its own whiskey is aging, Nelson’s Green Brier has used its Belle Meade line of sourced whiskeys to generate revenue and, it seems, have some fun. The Belle Meade core lineup includes cognac, madeira, and sherry cask finishes, while this limited-edition Craftsman Cask Collection has gotten even more creative: the first two releases were Mourvèdre and honey barrels. 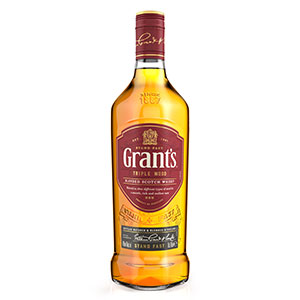 Formerly known as Grant’s Family Reserve, this is the same whisky as before—just with a new name. Grant’s is also releasing several new expressions in conjunction with the rebranding, but those will not be available in the U.S. right now.

Plus, an Irish single malt from Waterford, bottled in bond rye from Redwood Empire, and more.

Plus, a Redemption bourbon finished in cognac casks, the fourth iteration of Paul John’s Christmas whisky, and more.

Plus, an ice wine-finished Irish whiskey from Writers’ Tears and a cognac-finished straight bourbon from TX.