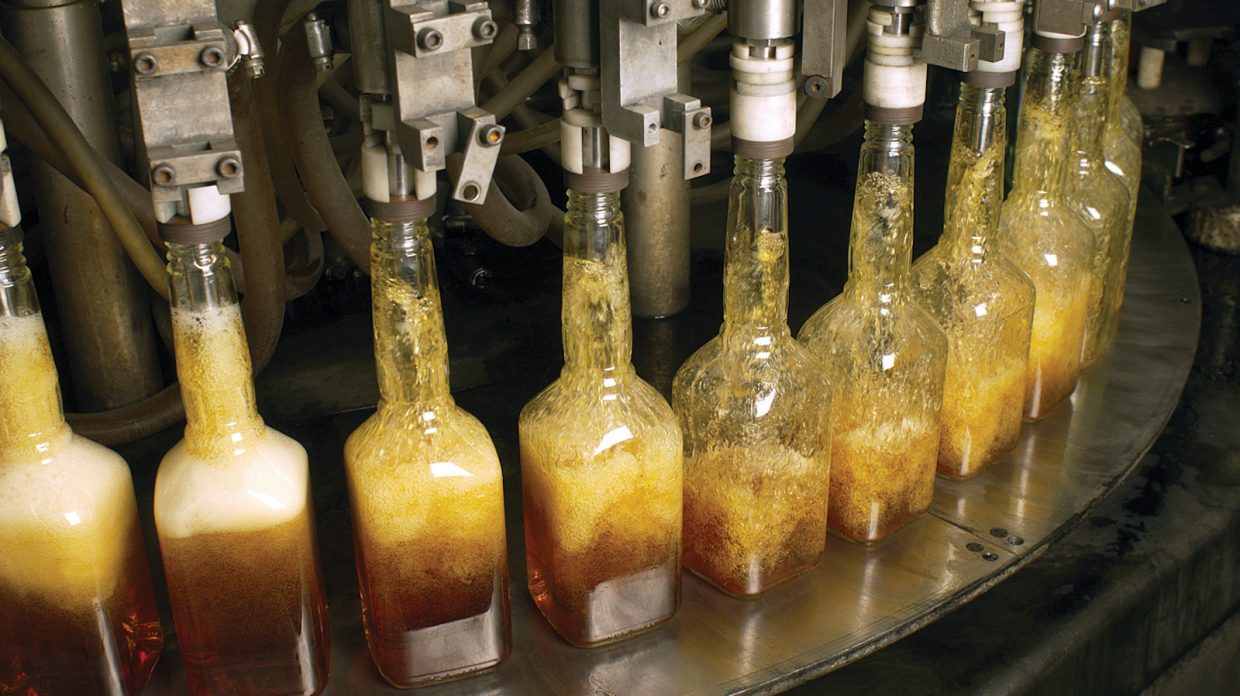 Although the coronavirus pandemic has caused disruptions throughout the whisky industry, distilleries in Kentucky like Heaven Hill (bottling line pictured) are considered essential businesses and are continuing operations, with safety precautions.

COVID-19 has hit the whisky industry hard, forcing distilleries of all sizes to adapt to social distancing protocols and other preventative measures. The effects of the virus are being felt worldwide, from Scotland to Kentucky. Most large distillers assert that, even when suspending operations or shifting production capacity to making ethanol for hand sanitizer, the supply of whisky won’t be interrupted, and whisky lovers will still be able to find their favorite bottles on store shelves. But others, especially smaller companies, point to supply troubles down the road.

In Scotland, many distilleries are still operational, but with new ways of working, according to the Scotch Whisky Association. “Companies are all applying the latest government guidance for those who work in production and operations, applying strict social distancing and comprehensive additional hygiene measures,” the organization wrote in a statement. “All employees who can work from home are doing so.” Additionally, the association has set up an online portal to connect distilleries with organizations in need of hand sanitizer or ethanol for its production.

For the time being, however, a number of major scotch distilleries have scaled back operations, including Chivas Brothers, which has also shut down some sites, though a company spokesperson wouldn’t confirm which ones. Chivas, which is owned by Pernod Ricard, has 14 distilleries in Scotland. Other scotch distilleries have confirmed shutdowns, including Glenmorangie and Ardbeg. “Our response to COVID-19 started with the introduction of new safety measures and social distancing,” says Glenmorangie Co. president and CEO Thomas Moradpour. “As the situation progressed, we decided to temporarily close the distilleries and the bottling plant [on March 23] until a time when we believe we can operate them safely and in line with government guidance.” Moradpour won’t speculate on when precisely that might be, but adds that the shutdowns won’t affect availability of the company’s whiskies.

But a longer-term production shutdown could have significant implications for the broader supply chain, according to the SWA. “UK and EU farmers have now planted barley for harvest later in the year, in anticipation that demand would not be affected,” an SWA spokesperson says. “If the flow of grain stops, there will be significant implications at harvest time, as stocks and storage space for grain are tied up or go unused.” 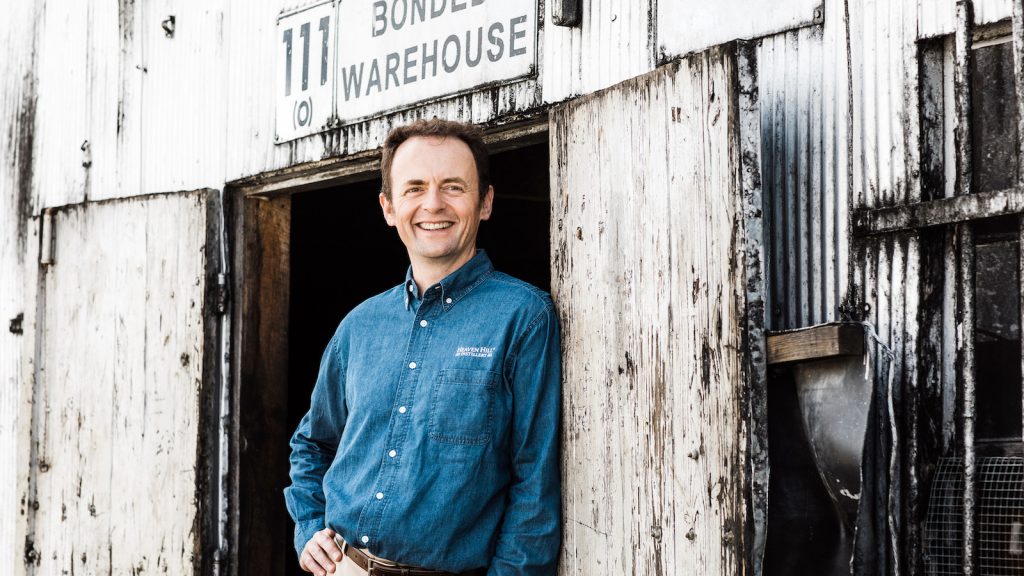 Conor O’Driscoll, master distiller at Heaven Hill, says bourbon fans won’t have to worry about a shortage of whiskey.

In the U.S., major whiskey distilleries are mostly continuing to work uninterrupted, albeit with new social distancing and safety measures. Many have also dedicated production capacity to making ethanol for hand sanitizer, including Heaven Hill, Jim Beam, and Jack Daniel’s, as well as numerous smaller craft distilleries.

O’Driscoll reassures Heaven Hill fans that the whiskey isn’t in danger of running out. “Distilled spirits have been declared an essential industry in Kentucky,” he notes. “[This is] vital to sustaining Heaven Hill’s—and our industry’s—employment and business continuity. While we continue to keep a close eye on our supply chain, we have seen record shipping days over the past several weeks.” Heaven Hill is confident enough to be moving forward on an expansion of its Bourbon Heritage Center in Bardstown, as well its plans to add new barrel warehouses and upgrade bottling lines. “Our industry has faced many unsettling times” over the years, O’Driscoll adds. “We wouldn’t want to speculate on future conditions of this situation, but if all holds true to current conditions throughout this pandemic, we will remain stable.”

Few U.S. distilleries have suspended operations, although Four Roses did so on March 20. Brown-Forman temporarily shut down its Louisville, Kentucky cooperage on March 30 after two employees tested positive for COVID-19. The cooperage reopened on April 13, after the facility was sanitized and workers cleared “based on guidelines provided by the health department,” Brown-Forman spokeswoman Elizabeth Conway says.

Brown-Forman’s Jack Daniel Distillery in Lynchburg, Tennessee has carried on production while implementing all guidelines from the Centers for Disease Control and Prevention. “In addition, our production team has staggered shifts and breaks to create further separation among each other,” says distillery vice president and general manager Larry Combs, adding that the distillery is “a very efficient operation, so we are able to implement social distancing and all other safety measures without impacting operations.” Furthermore, thanks to a recent expansion, the distillery has been able to add production of ethanol for hand sanitizer without impacting its normal whiskey operations. “With the steps we have taken, and the resilience and dedication of our employees, there has not been an impact that will affect future supply,” Combs says. “We have enough stock for today, and continue to lay down Jack Daniel’s for the future.” 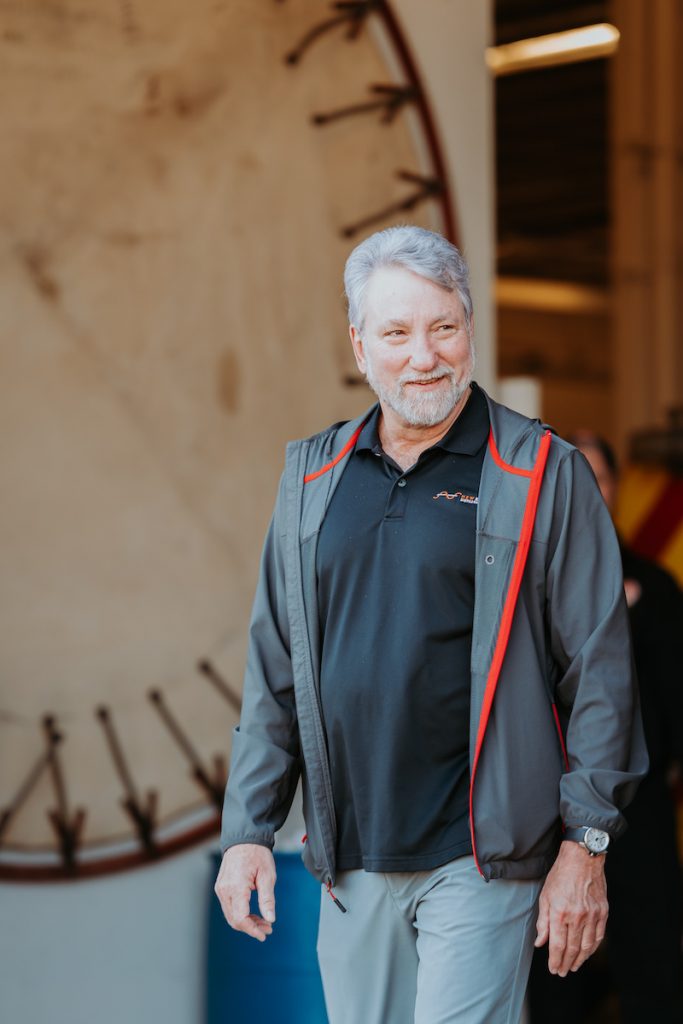 Like many distilleries, Kentucky’s New Riff has shifted some production to making hand sanitizer, but co-founder and owner Ken Lewis says that the impact on supply of whiskey should be small.

While large distillers forecast little impact from COVID-19, that’s not the case for the thousands of craft whiskey makers in the U.S. A March 23 survey of over 150 distilleries by the American Craft Spirits Association (ACSA) showed that, without robust federal assistance, two-thirds of them will be forced to close within three months. A majority of these distilleries have already closed tasting rooms and laid off or furloughed staff, with others saying they likely would do the same in coming weeks, even with many still firing up their stills to alleviate hand sanitizer shortages.

In fact, some small distilleries have actually increased production in response to the crisis, but it’s allocated “directly into hand sanitizer, [instead of] into their inventory,” explains ACSA CEO Margie Lehrman. New data, soon to be released, shows that sales are down for almost 85% of survey respondents. “Small craft distillers, who are producing at levels nowhere near the big guys,” often rely heavily on “sales at the distillery itself,” Lehrman adds. “When you cut off the income stream from having the tasting room closed, what happens then? You need that lifeline and that pipeline for the product you’ve produced to get out there.”

Hotaling & Co., which makes Old Potrero whiskey, stopped production at its San Francisco distillery on March 17 after a shelter-in-place mandate was announced. “Despite that halt, our whiskeys continue to age in the barrel, and we only expect this year’s slated releases…to be postponed by a small amount of time to slightly later in the year,” says Hotaling & Co. president and CEO Dan Leese. Old Potrero’s single-cask program is temporarily on hold due to a suspension of bottling, and obviously no new-make spirit is being barreled. “Our plan is to increase production in order to make up for lost time as soon as we can reopen the distillery,” Leese adds.

Westland Distillery has also pushed pause since ceasing production in early March when the pandemic hit Seattle. “We are not filling any barrels of whiskey for the time being,” says co-founder and managing director Matt Hofmann, who joined Whisky Advocate on Instagram Live on March 27 to discuss the distillery’s changes. “Our entire production capacity of new-make spirit has been re-purposed to make hand sanitizer,” which Westland is providing free of charge to healthcare workers and patients. “The second big change is in bottling whiskey,” Hofmann adds. “Or, more precisely, choosing how much to bottle and release, as all sales forecasts have largely gone out the window.”

Furthermore, shifting production to hand sanitizer has brought additional challenges for Westland’s upstream partners. “Throughout the year, we use a variety of different types of recipes for the whiskeys we lay down, including roasted malts, single varietal barleys,” and more, Hofmann says. “All of this is done according to a schedule that we have largely determined before our year begins, so to change that on the fly means a lot of different levers need to be pulled, and purchasing decisions become much more hands-on.”

It also has potential ramifications for availability of the whiskey itself. “We could be facing down a shortage of available blending stock four to six years from now, when the 2020 whiskey begins to get incorporated into bottling,” Hofmann explains, noting that Westland has lost “about one month’s worth” of production, with another one to two months anticipated, due to the sanitizer shift. “We’re trying to keep the balance right so we’re not going to sacrifice any one particular style of whiskey in the future,” he adds. “Fortunately we’ll have a few years to figure out how to tackle this problem.”

All is not grim among craft distillers, however. Newport, Kentucky-based New Riff Distilling is plowing on through the crisis, adjusting production, bottling, and shipping protocols to meet new safety standards. “Any employee not actively involved in distilling is simply not allowed to enter the distillery area,” co-founder and owner Ken Lewis tells Whisky Advocate, adding that the bottling line has reduced its speed and the number of employees working at any given time. The distillery has also shifted around a quarter of its production—split between its own whiskey and contract-distilling partners—to making hand sanitizer for first responders, hospitals, and public health agencies throughout Greater Cincinnati. “We run at full tilt all the time, so ultimately we’re going to lose a little bit of the contract-distilling revenue, and four or five years from now, we’re going to be missing a few hundred barrels, depending on how long this lasts,” Lewis says. “But that’s a very small price to pay for the opportunity to serve our community—and we’re more than willing to pay that price.”

As Hofmann sees it, just about “every company everywhere” faces formidable challenges over the next 18 months. But there’s also a flipside. “If there’s one positive thing I’ve seen out of the pandemic, it’s that there seems to be a stronger sense of community at the local and national level,” he says. “I’m seeing a lot of people coming together to overcome obstacles, imagine new things, and roll up their sleeves on a number of initiatives. As business more broadly slows down, we’re hopeful that this solidarity leads to some progress on other fronts in the meantime.”

A treasure trove of scotches from 91 distilleries including Macallan, Balvenie, Bowmore, and Springbank draws big numbers. 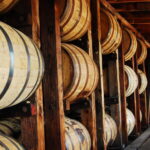 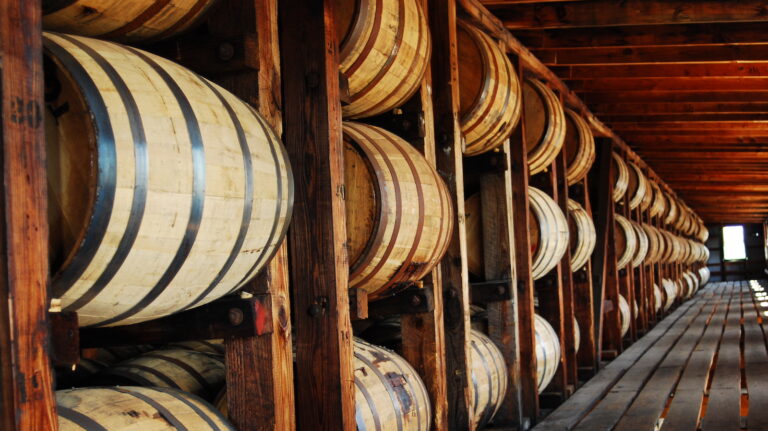 The Bluegrass State enshrines the practice in law while also enhancing access to its single barrel selections.