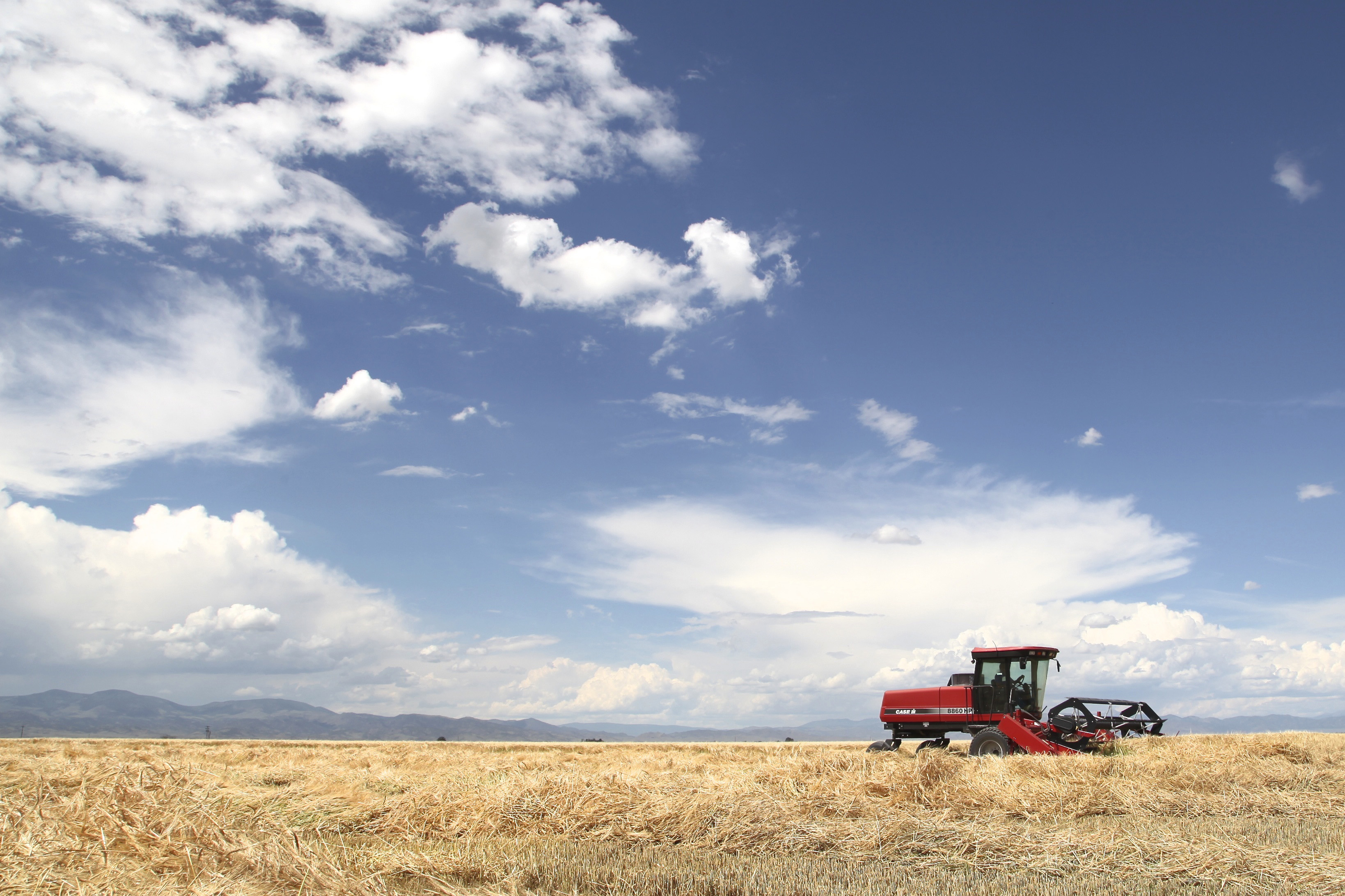 “How boring would it be if all wine were Merlot?” asks Matt Hofmann, master distiller at Seattle’s Westland Distillery. Much like wine grapes, there are hundreds of varieties of barley, the grain responsible for single malt scotch and other highly regarded whiskies. And Hofmann proposes that each has its own unique properties. “We’re working with one right now called Purple Egyptian. It comes from Egypt. It’s 2,000 years old. It has these really rich plum notes. It’s just fascinating. It’s very, very cool and it changes the whole idea of what whiskey making can be. … You get complexity by increased age or changing the casks, but what if we thought more like wine makers? What if we really dove down into terroir and the raw ingredients? That’s what we’re trying to do.”

Most whisky experimentation occurs at the points of barrel maturation or the blending process, but barley experimentation in the world of whisky is about to get a boost from genetic science: A group of 77 researchers from University of California–Riverside and other institutions have successfully mapped the barley genome, the underlying DNA code that determines the inheritable traits of living things.

It was no easy feat: The research took nearly a decade. The barley genome is about twice the size of the human one, most of it composed of repetitive sequences that require extreme patience to monitor and trace. Wood may be important to making better whisky, but now that we know how to grow a better grain, we may be able to unlock the secrets to deeper-rooted changes.

For example, the large-scale distilling industry of Scotland has led to a virtual monoculture, where a single type of barley is widely used. Professor Robbie Waugh of the James Hutton Institute and University of Dundee explains that single malt scotch is mainly produced from 2-row spring barley bred to produce high alcohol yield and to meet certain chemical criteria. “The most important and defining characteristic is that the grains contain a mutation that blocks the production of a compound called epiheterodendrin, the precursor of cyanogenic compounds produced in copper stills during distillation,” he says, noting that these toxic cyanogenic compounds have to remain under certain thresholds in edible food and drink. “Rather than risk whisky being deemed unsuitable for human consumption, the scotch whisky industry moved en masse several years ago to using only barley varieties that have a null allele for epiheterodendrin production.” That means barley used for scotch production falls into a pretty narrow range of biodiversity. 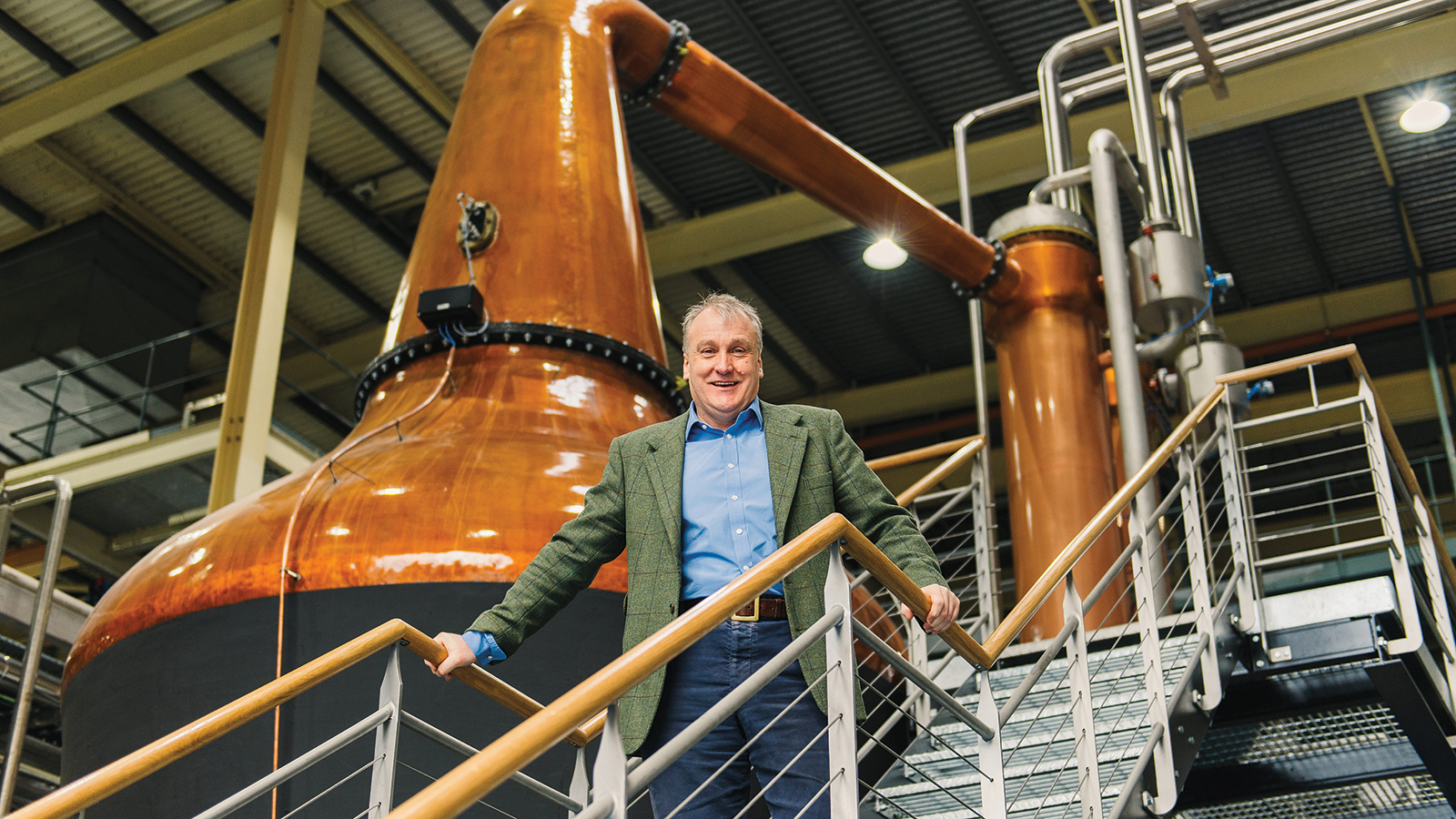 In Search of Terroir

It’s not as though modern malt whisky producers haven’t tried to go against the conventional grain. The importance of the barley’s origin is already recognized as an important attribute, with specific places touted by distilleries like Bruichladdich (Islay Barley), Kilchoman (100% Islay), and Springbank (Local Barley bottlings are made with Campbeltown-grown barley), all celebrating the provenance of their grain. Waugh notes, “There is an increasing tendency for distilleries to source very local. For example some island distilleries are promoting growth of local barley varieties suited to island conditions—which can be pretty harsh. Previously most or all barley was imported onto the islands from the mainland to make whisky.”

Mark Reynier, formerly CEO of Bruichladdich and currently founder and CEO of Waterford Distillery in Ireland, has set out to prove that provenance has a direct effect on the quality of whisky. “As barley makes whisky the most flavor-complex spirit of them all bar none, it seems to be entirely relevant that where it is grown ought to have a bearing on that flavor,” he says. Starting around 2005, Bruichladdich began growing barley on different Islay farms, and Reynier says, “The results, though not entirely scientific, showed that anyone with a sense of smell could differentiate one spirit from the other.”

Nowadays at Waterford, Reynier is distilling single-farm batches of malt to prove that where the barley is grown makes a difference in the final whisky. “We have over 50 farm locations on 19 different soil types,” he explains. “The resulting new spirits are clearly different one from the other when sniffed. Trained or not, anyone that smells the samples is able to differentiate one from another. Sure, there are varietal differences too, but with all things being equal as far as malting, distillation, and storage, the variances can be deemed to originate from the terroir upon which barley was grown.” Waterford began distillation in December 2015, so its whisky won’t be ready for another few years, but Reynier says he can already taste the difference as well. 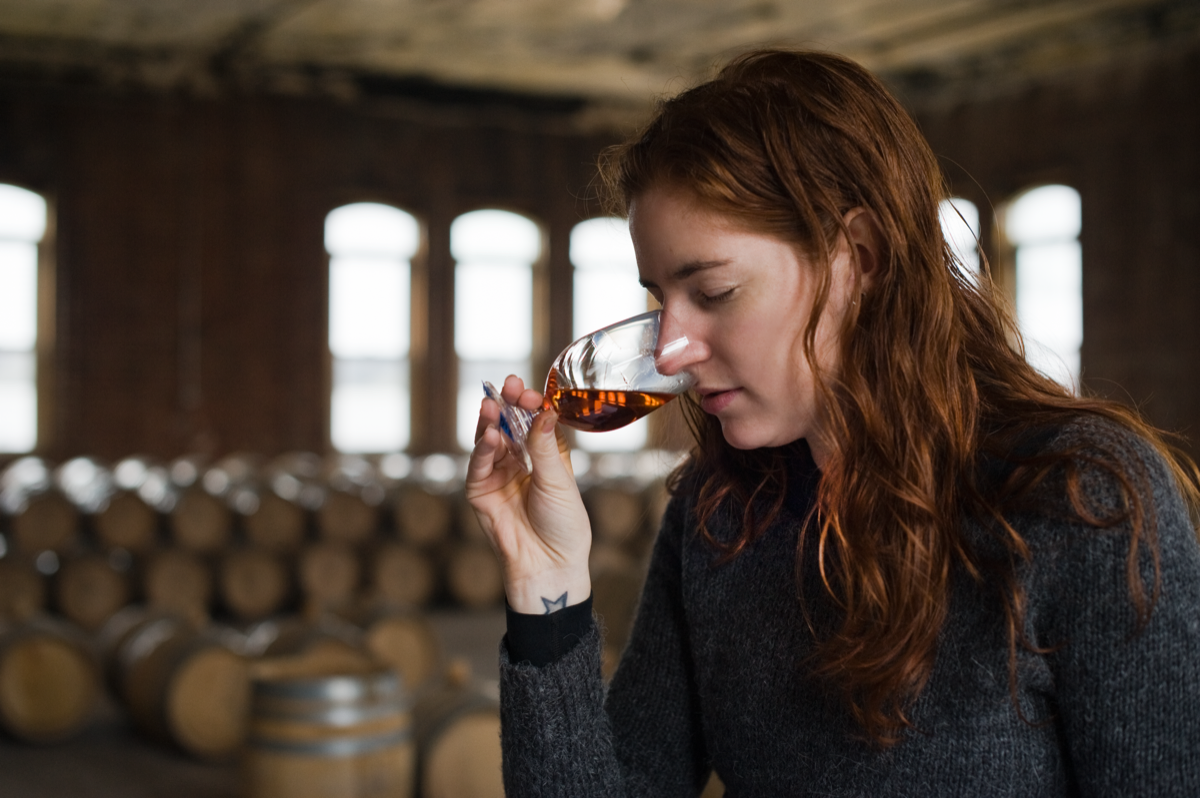 A Rainbow of Flavors

Here in America, where we use a variety of grains in our whiskey, this research matters too. Genetic engineering is already a hot topic in the produce aisle, and terroir is a growing buzzword among craft distillers. Now that the barley genome has been mapped, will we see more use of GMO barley in our whiskey?

“Small-scale distillers face the question of how they can distinguish themselves in the marketplace,” says Joel Elder, former master distiller at New York’s Tuthilltown Spirits and founder of craft distilling consulting firm Quinta Essentia Alchemy. “The one area that they have an advantage over scale producers … is in the expression of flavor inherent in their raw materials and processes.” With GMO cultivation, Elder explains, desirable flavor traits are usually scuttled in favor of goals like higher yields, “The only real way to develop flavor is via traditional selective breeding for organoleptic qualities,” he says.

Hofmann sees both the pitfalls and potential of new barley knowledge for distillers: “Like so many advancements in science and technology, the implications completely depend on how new knowledge is used. For the whiskey industry, mapping the barley genome can have either positive or negative effects. If the knowledge is used to make a more homogenous grain with the sole purpose to deliver the highest possible yield, then we’ve lost something. If it further precipitates the practice of growing barley in places it where shouldn’t be growing, we’re missing the big opportunity, if not doing more harm to our broader agricultural system. But if it’s used to understand more about the grain and how it can be applied to exploring the possibilities in flavor, then the project becomes incredibly valuable.”

Nicole Austin, former distiller at Kings County Distillery and now a project engineer at Tullamore DEW in Ireland, notes that distillers have been using genetically modified barley for some time now. “Since the first cultivated field of grain, farmers have been continuously working to produce new strains that will grow more efficiently and perform as well as possible in their intended use, whether it’s whiskey, beer, or food,” she says. “I sure hope they continue to do this work. As the climate continues to change, pushing barley and rye growing regions north and changing growing seasons, it is my hope and expectation that a lot of this work will be focused on producing strains that can thrive in these changing conditions. I think they will have to, or the whole idea of truly local spirits in the U.S. could be at risk in the coming decades as the growing regions move into Canada.”

Ultimately, the information gleaned by UC-Riverside needs to settle and be carefully studied by the whisky industry, which largely operates the same way it has for decades. “If the question is specifically about GMO products, and whether a GMO barley should be utilized in the spirits industry, I think that is a politically challenging question that every brand will have to decide for themselves,” Austin says. “And that can’t really be answered until a theoretical new strain is actually launched…That said, I don’t expect the answer to come about anytime soon, since developing GMO grains is an expensive and time-consuming proposition. So we should all have some time to learn more about this before we have to make this big decision for the future of our companies.”

Elder sees a wide open future. “Certainly, the data that UC-Riverside’s research has yielded is going to be highly valuable to the distilling industry for decades to come,” he says, “but perhaps not in the ways they originally envisioned.” To put it another way, much like the whisky maturation process, the final impact of this new barley research will come with time.