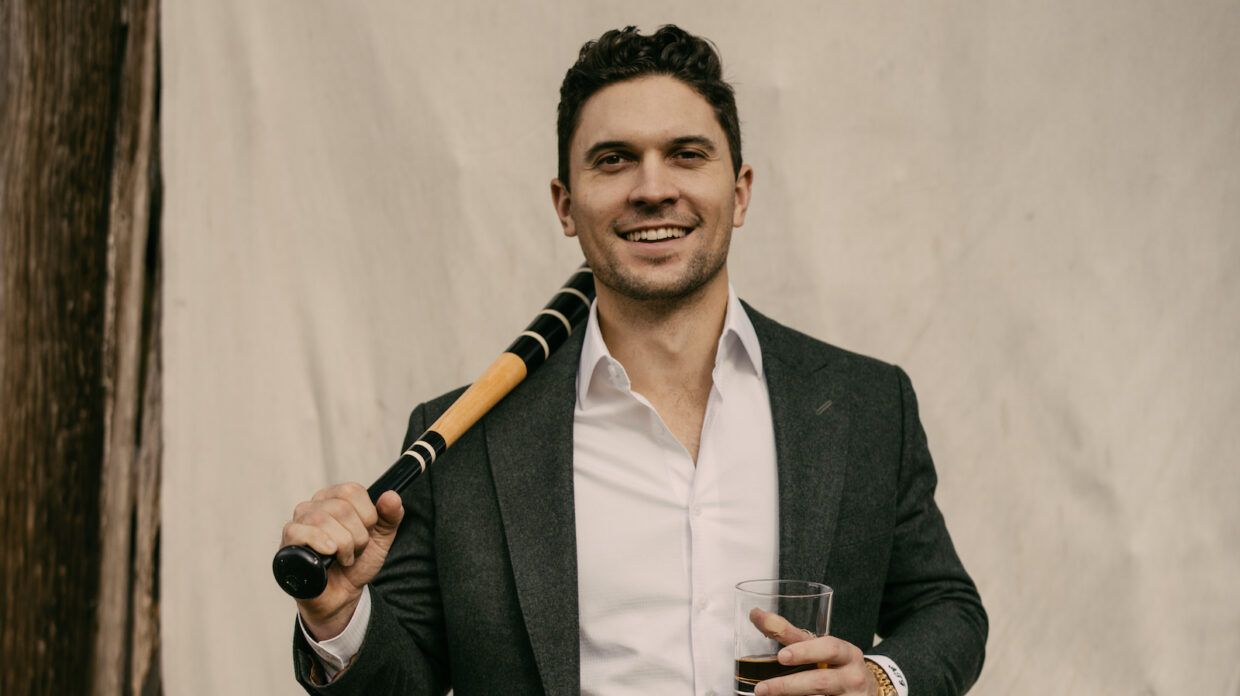 Major League Baseball player Adam Frazier has used his love of whisky to connect with other members of the clubhouse. (Photo by Eric Ryan Anderson)

In 2021, Adam Frazier added an MLB All-Star appearance to his résumé and a few choice bottles of bourbon to his bar. “My collection’s kind of gotten out of control,” the second baseman says. “I think we’re up to 60 or 70 just from the season.”

That’s in part because Frazier racked up accolades and whisky bottles at the same time, with Pittsburgh Pirates manager Derek Shelton awarding bottles based on player performance. For example, Frazier got a bottle of Old Fitzgerald—Shelton’s favorite—for being named the starting second baseman for the National League All-Star team, while a bottle of Weller Special Reserve entered his collection with “0-2 to 4-2” scrawled across it in silver marker. Frazier, who finished the 2021 season with a .305 batting average, had turned an 0-2 count into a walk, and scored some bourbon because of it.

“We had a system in Pittsburgh. Basically, there’s a few bad things that you could do and you’d owe a bottle. And then there were a few things that you do well, you could earn a bottle,” Frazier says. Shelton knew which of his players liked whisky the most, “so he’d give a little better bourbon to those guys.”

Frazier is based in Nashville, and though he’s only visited Nelson’s Green Brier Distillery, he is eager to take in more of the city’s whisky scene and make his way to the Kentucky Bourbon Trail. “I really got into bourbon the past couple years,” he says. “But I would like to dive into the process and everything else a little more—just haven’t had the opportunity to do it yet.” He has, however, played at Tennessee’s famed Sweetens Cove Golf Club, taking the customary shot of whisky before hitting the links—and also owns a bottle of Sweetens Cove bourbon, which he had previously forgotten about.

While he admits to losing track of the whiskies he’s collected, most of his bottles getting boxed up during the season, he shares freely once they’re out, hosting weekly whisky and cigar nights with his friends. “I kind of steer guys certain directions on which ones that I like or what style they like, just from past,” he says, noting Hibiki Harmony as a crowd favorite. “I’m not a genius by any means, when it comes to [whisky], but I love learning about it and I love talking about it.”

Knowing how to share and discuss whisky has served Frazier in his professional life as well. Midway through the 2021 season, he was traded to the San Diego Padres, where he used a love of whisky to connect with his new clubhouse. “We all have that conversation of ‘What [do] you like?’” he says. “[Manny] Machado, he’s more of a scotch guy than a bourbon guy, but I turned him on to a few things.”

Frazier’s baseball journey took another turn in November, when he was traded once again, this time to the Seattle Mariners. As of December 2021, he had only spoken to a few of his new teammates, but hoped to make some new whisky friends once the season started.

His whisky journey has taken some interesting turns as well. Though he isn’t much a fan of rye, he can still appreciate a bottle of WhistlePig The Boss Hog VI: Samurai Scientist, which he received as a gift from pitcher Jake Arrieta, and is also getting into tequila a bit. “Just to sip on,” he says. “The nice stuff.” More so, he’s a collector of Blanton’s, E.H. Taylor, Blood Oath, and Yamazaki, and has a few Woodford Reserve Kentucky Derby bottles as well. 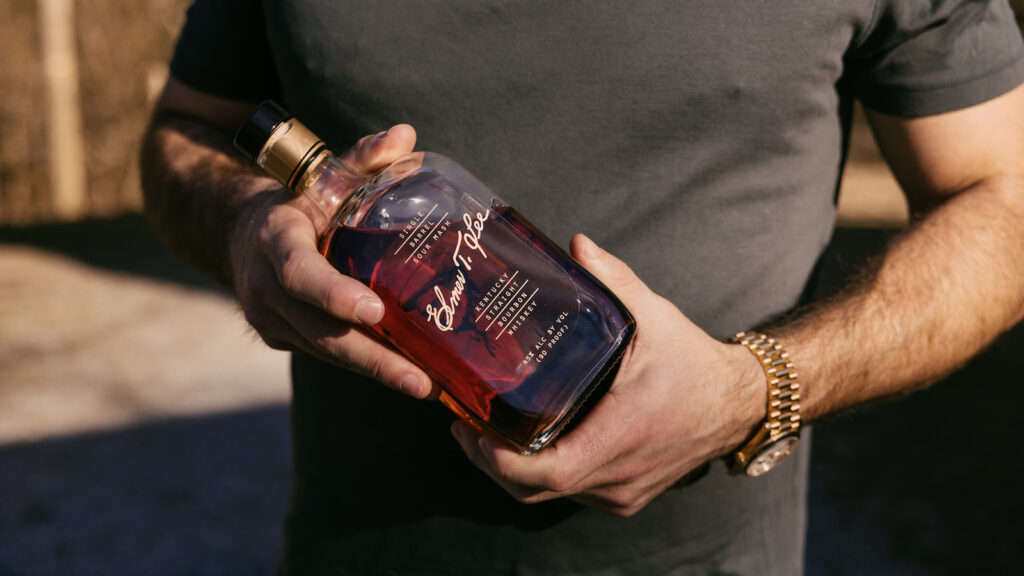 As for that bottle of Old Fitzgerald that Shelton surprised him with last July, Frazier says he only just recently cracked it open. “I’ll give it to him, it’s pretty good,” he says.

Who: Adam Frazier, Seattle Mariners second baseman
Previously played for: Pittsburgh Pirates, San Diego Padres
Favorite style: Bourbon and Japanese whisky
Go-to whiskies: Elmer T. Lee, Hibiki, Weller 12 year old
Neat vs. rocks: “That’s the thing about drinking bourbon, you kind of figure out, at what number proof you need a little ice in there. Otherwise, I try to stay neat, just so you can enjoy all the flavors.”