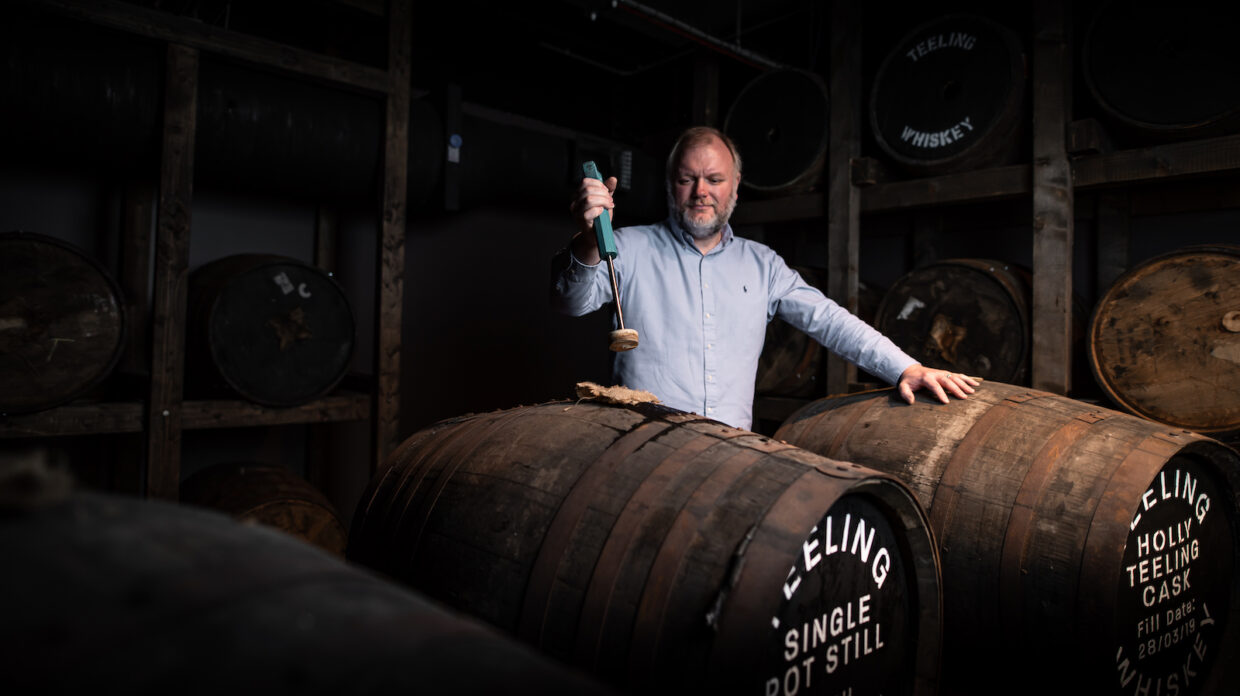 For a style of whiskey that nearly disappeared, Irish single pot still is making a comeback in a big way; three single pot still whiskeys made the Whisky Advocate 2020 Top 20, including one from Dublin’s foremost distillery, Teeling. Alex Chasko, Teeling’s master distiller, joined Whisky Advocate on Instagram Live for #TasteWithSpace to discuss the reemerging style. “[Single pot still] has challenges—it’s not an easy whiskey to make,” Chasko said. “There are certainly reasons why it’s not made all around the world.”

Fortunately, Teeling is well-equipped to make single pot still whiskey. The company opened its distillery and began making whiskey in Dublin’s New Market Square just six years ago, three years after its founding in 2012. “This is the first whiskey that we made there,” Chasko said. “We thought, ‘If we’re going to do this, what are people going to be interested in in six years’ time?’” For the mashbill, Teeling stuck with a pretty traditional recipe, only incorporating malted and unmalted barley, with an even 50/50 split, opting not to include up to 5% of a third grain as permitted in the Irish whiskey technical file. Chasko and Whisky Advocate senior editor Susannah Skiver Barton tasted the single pot still whiskey, No. 15 on the 2020 Top 20, together.

Chasko also discussed Teeling Blackpitts, the newest expression in the family, as he and Skiver Barton tasted. Blackpitts is a peated single malt and “coming to that conclusion was not an easy journey,” Chasko said. “We wanted to use peated malt—we had used peated malt in our previous life, if you will, with Connemara [made at Cooley Distillery, previously owned by the Teeling family]—but we wanted to take it in a new direction. So what direction are you going to go with peated malt, and how is it going to be applicable to Dublin?” The answer was triple-distillation—a signature Irish distilling practice that Teeling applies to every expression, but which presented a challenge as the third distillation reduced the peat content of the whiskey. “We had to go big at the beginning,” Chasko said, explaining that Blackpitts was heavily peated at the start so as not to lose that flavor during distilling.

BRINGING DISTILLING BACK TO DUBLIN

Teeling’s location in the center of Dublin is not only convenient, but significant. Though Dublin was overflowing with distilleries in the 18th and 19th centuries—Teeling’s location is in what was once called the “distilling district”—whiskey making in the city went dark for around 40 years until Teeling broke ground in New Market Square. “At one point—although it seems crazy now—the idea of opening up a distillery in Dublin, and making whiskey in what I would argue is its cultural home, where there used to be 40 operating distilleries in the city center of Dublin—that 10 years ago was kind of a crazy idea,” Chasko said.

Teeling’s location in Dublin’s city center makes it easy for tourists to find it, as Chasko points out: “If you’ve gone to St. Patrick’s Cathedral, you’re there.” But authenticity is as important to him as convenience. “For me it was important that it was real,” Chasko said. “It had to be a real, live, operating distillery. It’s not some pseudo-experience… It had to be an actual place where there was milling, mashing, fermentation, and distillation taking place.”