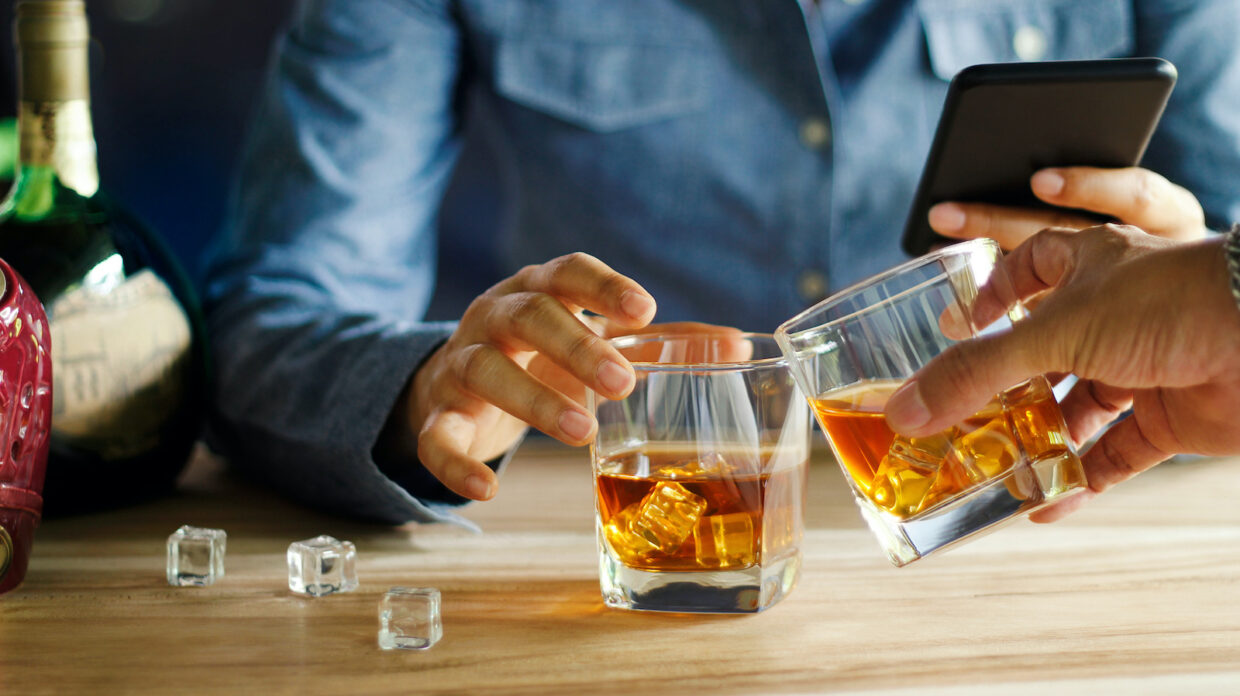 Join Whisky Advocate editors every Friday to talk and taste with master distillers, blenders, and other experts. (Photo by Getty Images/ ipopba)

When the COVID-19 pandemic first began taking shape in the U.S., Whisky Advocate responded by looking for ways to come together from a distance—and so #TasteWithSpace was born. Since the first Friday New York City went into lockdown, our editors have hosted whisky distillers, blenders, bartenders, and other experts for conversation and tasting on Instagram Live every week.

Early on, #TasteWithSpace focused on the issues surrounding the pandemic and repercussions for whisky makers, bars, and restaurants. The conversation has since expanded and now encompasses a range of issues important to whisky lovers. In June, after Uncle Nearest and Jack Daniel’s debuted an education and mentorship program for Black whisky professionals, Uncle Nearest founder Fawn Weaver joined #TasteWithSpace to talk more about it. Nicole Austin, the distiller behind our 2019 Whisky of the Year, George Dickel 13 year old Bottled in Bond, came on to debut the whiskey’s 2020 release, comparing and contrasting the flavor profiles of each. And Andy Roddick talked sports and whiskey as he knocked back a pour of Sweetens Cove, the new bourbon he’s backing with Peyton Manning.

Check out the list below for upcoming interviews. To join us live, follow @whiskyadvocate on Instagram and tune in every Friday at 3 p.m. Eastern. Past #TasteWithSpace chats (from May 15, 2020 onward) are archived on our IGTV page.

June 25: O’Shaughnessy
Brian Nation dialed in from the new O’Shaughnessy Distillery in Minnesota to discuss his move from Irish Distillers, the emerging Irish Style category, and to taste his debut whiskey with O’Shaughnessy, Keeper’s Heart.

May 28: Brother’s Bond
“The Vampire Diaries” actors Ian Somerhalder and Paul Wesley shared how their friendship led to a whiskey partnership in addition to fielding questions from hordes of fans who showed up in numbers. osted by Whisky Advocate associate editor Ted Simmons.

May 21: Blackened
Rob Dietrich, the head whisky maker for Metallica’s Blackened, joined #TasteWithSpace and associate editor Ted Simmons to share how he works with the band to create new whiskies and why the link between rock music and whiskey is so strong.

December 18: Belfour Spirits
Hall of Fame goaltender and Stanley Cup Champion Ed Belfour joined us to talk about his line of bourbons and ryes, and how his playing time on the ice has informed his outlook on whiskey. Hosted by Whisky Advocate assistant digital editor Ted Simmons.

December 4: Top 20 Extravaganza
Whisky Advocate‘s editors answered questions and discussed about the variety of exciting whiskies on this year’s Top 20 list, which was fully revealed that morning.

November 13: Jack Daniel’s
America’s largest whiskey producer has a new master distiller. Chris Fletcher is taking over for Jeff Arnett at Jack Daniel’s and he’ll join us to talk about the transition and how he’ll lead innovation, all while tasting No. 27 Gold and a few recent Tennessee Tasters’ releases. Whisky Advocate assistant digital editor Ted Simmons will host.

November 6: Heaven Hill
Conor O’Driscoll, master distiller at Heaven Hill, joined us to talk about the distillery’s massive capacity, why they choose to produce so many bottled in bond products, and recent releases like Elijah Craig rye and Larceny Barrel Proof. Hosted by Whisky Advocate assistant digital editor Ted Simmons.

May 8: Dewar’s
Dewar’s master blender Stephanie MacLeod drew in viewers from all over the world as she introduced Dewar’s Ilegal Smooth, finished in mezcal casks, and explained the brand’s famous Double Double blending process, revealing that there will be plenty more Double Double 21 year old (No. 2 in the 2019 Top 20) coming out.

April 10: The Drama King
Pro wrestler and whisky lover Matt Rehwoldt—subject of our Spring 2020 Icon profile—gave a wide-ranging interview that touched on the pandemic, life on the road as a WWE star, and, of course, his favorite pours.

March 27: Westland Distillery
Master distiller Matt Hofmann gave details on how Westland was dedicating its distillery capacity to making hand sanitizer as part of the fight against COVID-19.