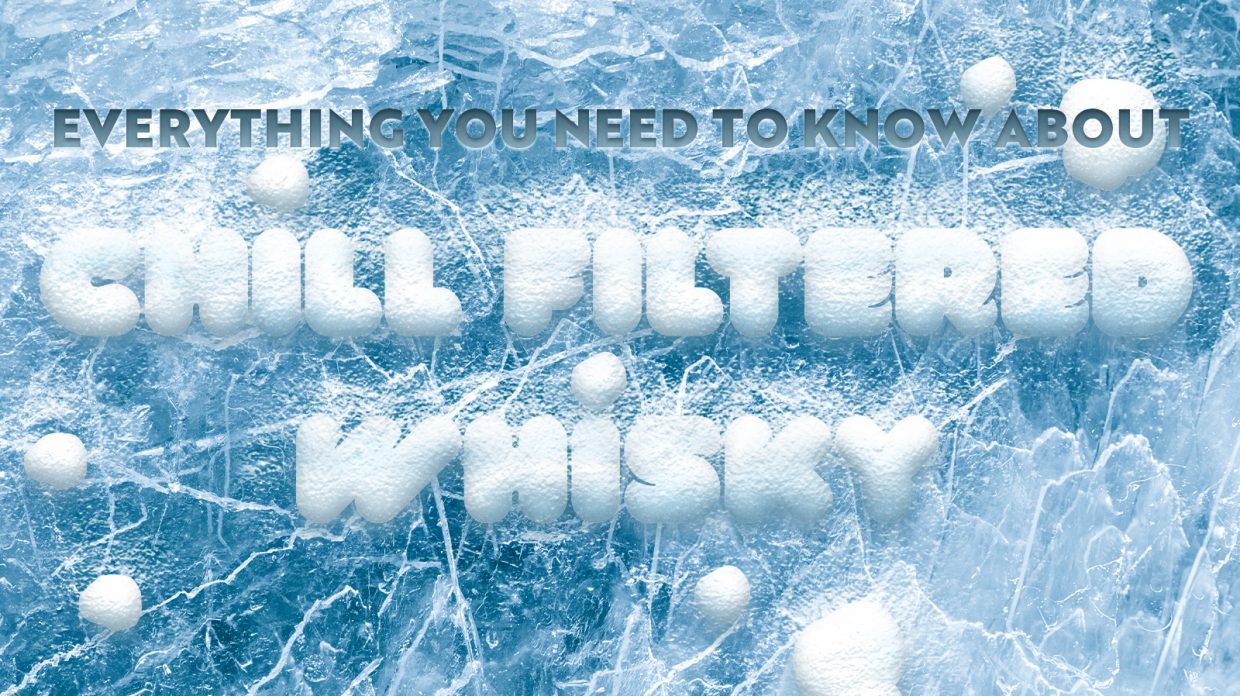 A whisky doesn’t go from still to barrel to bottle in pristine form. Along with sediment from the barrel, chemical compounds like fatty acids, proteins, and long-chain esters are present in the final product. In whiskies lower than about 46% ABV (some distillers believe the threshold is slightly higher), these chemical compounds create a cloudiness, or haze, when the whisky is chilled. The haze doesn’t pose any hazards to those who drink it, but for aesthetic reasons most distilleries choose to filter it out using a process called chill-filtration.

Chill-filtration is performed the way it sounds, by lowering the temperature of the whisky to several degrees below freezing. At this temperature, the whisky is still liquid, and the haze-producing compounds have clumped together. The liquid is passed through a series of filters, made of materials ranging from paper to metal to crushed seashells, that trap all compounds larger than several microns. The amount of compounds and sediment removed depends on the number of filters, the speed at which the whisky passes through them, and the pressure at which it’s filtered.

Which Whiskies Are Chill Filtered?

Brands that bottle whiskies both over and under 46% ABV, such as Jim Beam in the U.S. or Balvenie in Scotland, produce both chill-filtered and non-chill filtered expressions; only the latter status is generally mentioned on the label, although it’s not a requirement. If a label doesn’t say “non-chill filtered,” that doesn’t mean that the whisky is, by default, chill-filtered. It’s at the distiller’s discretion to mention it or not.

Very few distilleries opt to not chill-filter their lower-proof whiskies, but there are exceptions, including Widow Jane 10 year bourbon (45.5% ABV) and Westward American single malt (45% ABV) in the U.S., and Glenglassaugh, BenRiach and Glen Grant in Scotland, all of which offer non-chill filtered single malts at 43% ABV.