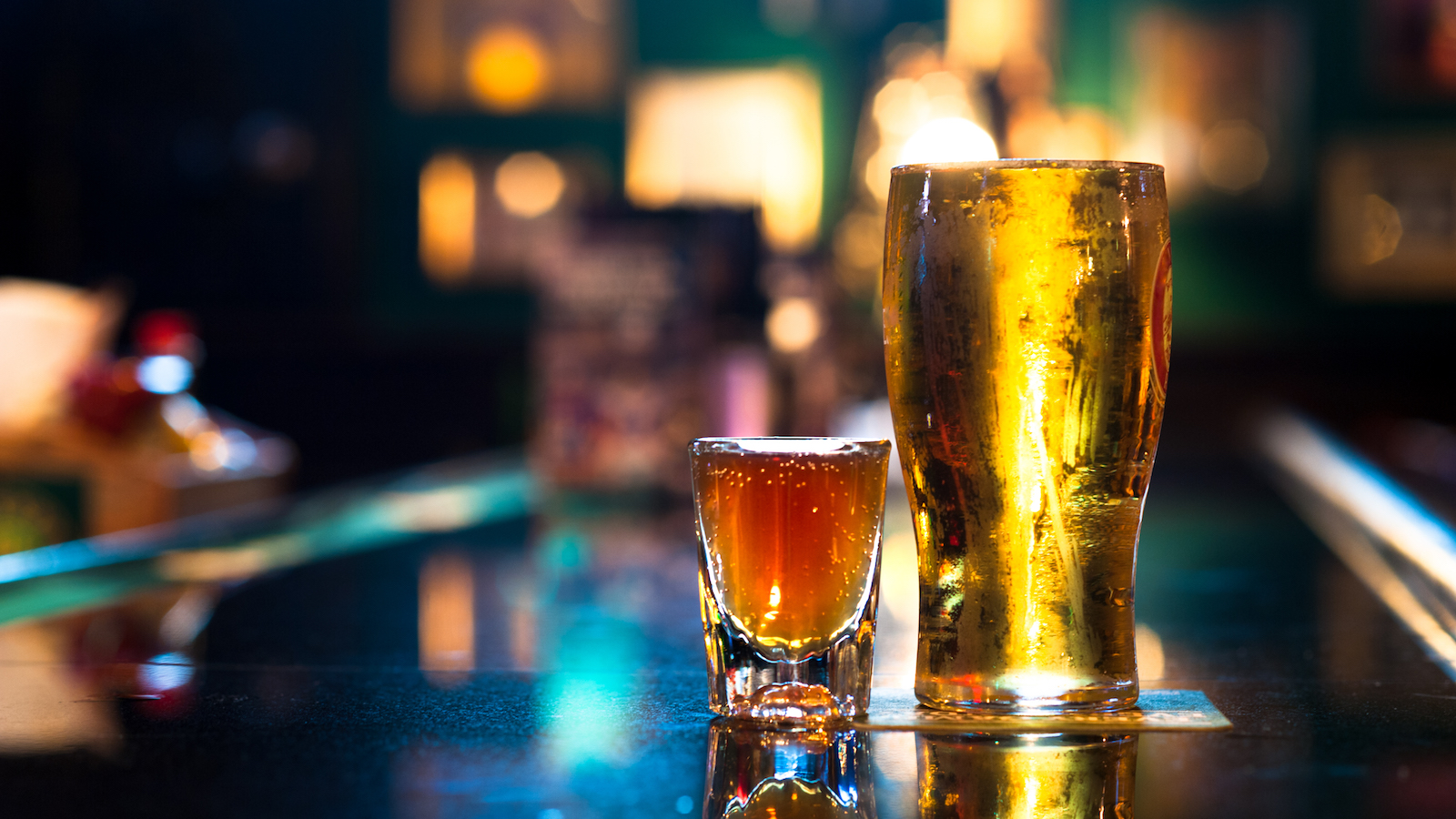 Bars are reimagining the beer and shot combo as more than just a value option. (Photo by iStock/EHStock)

What could be better than whiskey? How about whiskey and a beer? This classic combo is often referred to as a Boilermaker. Across the country, bars are offering Boilermakers that thoughtfully pair whiskey and beer in a way that elevates this blue-collar basic. In years gone by, the whiskey was often dropped into the beer, shot glass and all, for maximum efficiency. But premium whiskey and beer combinations are designed to be slowly sipped in tandem. “That’s the essence of a great Boilermaker,” says Tony Correale, bar manager at Longman & Eagle in Chicago. “You enjoy two flavors side by side, and you realize something new about each.” Whether traditional or made-over for white-collar work, these bars and their tasty Boilermaker combinations keep your hands full.

The “Beer Back” is Back at These Top Venues

Everson Royce Bar—Los Angeles
A refined neighborhood bar with a whisky selection that ranges from $5 to $725 a pour, you can be assured there’s something for everyone at 3 year old E.R.B. Then there are the Boilermakers. Feeling bold? Try a Japanese black lager with Iwai Blue Label whisky—the rich stout-like brew is a worthy match for the robust Japanese whisky ($15). Feeling chill? Try Modern Times Ice with a shot of Evan Williams bourbon, which won’t overwhelm this gulpable pilsner with floral Saaz hops, clocking in at just 4.8% ABV ($9). The food includes classic bar eats, done exceptionally well, with the option to dine and drink on the expansive outdoor patio.

Boilermaker—New York City
No need to sprint—Boilermaker’s happy hour goes until 8’oclock and the fun’s just getting started at this late-night haunt. The bar’s namesake drink fits the social scene. “There’s a camaraderie to Boilermakers,” says head bartender Sam Gauthier. “You get into these conversations about what you’re drinking.” The most popular is the National Anthem ($8), a hoppy Brooklyn lager with Wild Turkey bourbon. And opposites attract in the Soft Pour Corn ($10): local sweet cream ale balances out bold Johnny Drum bourbon at 101 proof. Beyond the usual bar food and burgers, revelers enjoy ordering off the late-night pancake menu. A citrusy Allagash White wheat beer pairs well with maple syrup, adds Gauthier.

Longman & Eagle—Chicago
With over 500 whiskies and 100-plus beers, there’s almost no limit to the Boilermaker potential at this Logan Square farm-to-table restaurant. JK Scrumpy’s Organic Cider finds its match in the green apple notes of Hillrock Estate Solera Aged bourbon ($18). A Manhattan-inspired ale, Pipeworks Brewing Company’s Brown & Stirred, is the perfect fermented foil for a shot of Russell’s Reserve single barrel bourbon from Wild Turkey. The most unusual pairing has to be Marz Barrel-Aged Super Piña Collider, a tart Berliner Weisse made with dark malt then barrel aged, paired with1792 Small Batch bourbon ($31).

Speckled & Drake—Seattle
Boilermakers are the star at this perpetually busy contemporary dive. Order at the bar made from repurposed fencing and other salvage, then head upstairs, where you’re more likely to find a seat. The Horny Woodsman is a shot of Woodford Reserve with a simple pilsner that refreshes the palate following a sip of this whiskey. Spice meets sweetness in the guilty pleasure of the Hard Core: local hard cider and Sinfire Cinnamon whisky. Sweatin’ to the Oldies pairs Old Seattle lager with Old Overholt rye. Why? “They both have ‘old’ in the name,” says owner Justin Martinsen. Sometimes, that’s all the excuse you need.