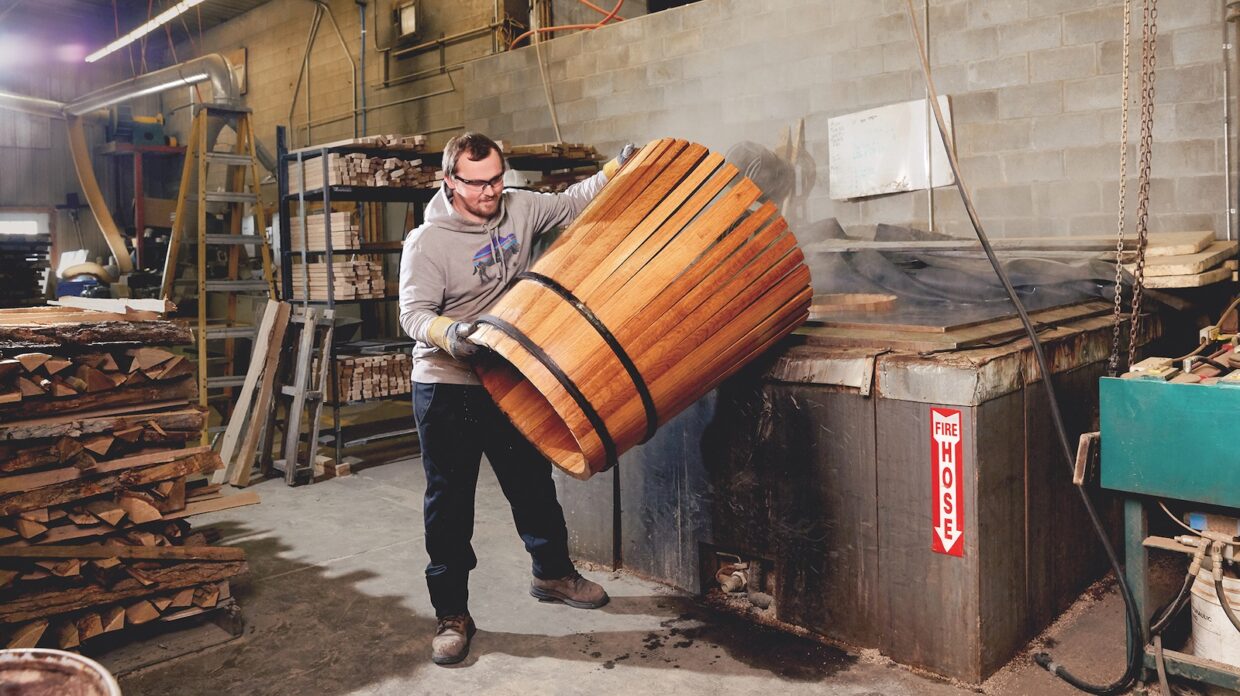 Heidi Korb can’t remember a time when she wasn’t listening to her dad talk about oak or watching him build barrels. The second-generation cooper co-owns Black Swan Cooperage, which she opened in 2009 under the tutelage of her father, Russ Karasch, a cooper of 30 years who continues to work with his daughter. Among his innovations is the patented Honey Comb stave. His Honey Comb Barrels and Honey Comb Barrel Alternative, a wood insert, are imprinted with a honeycomb pattern that increases the wood’s surface area, thus facilitating wood extraction and accelerating maturation. Even Black Swan’s standard barrel is impressed with a cross-groove for similar effect. Tattersall Distilling in Minneapolis, Wiggly Bridge Distillery in Maine, and Far North Spirits in Minnesota are distillers taking advantage of Karasch’s invention.

Now, with the proliferation of the industry and the ensuing, much-talked-about barrel shortages over the past few years, more cooperages have opened in the U.S. to serve the growing boutique distilling industry. Membership in the Associated Cooperage Industries of America has grown from 59 industry companies in 2008 to 78 in 2019. Black Swan’s footprint in the American coopering industry is slight—it makes somewhere between 5,000 and 6,000 barrels each year—whereas the colossal Independent Stave Co. can make over 2,000 a day.

The challenges of running a small cooperage are not unlike those a behemoth operation faces, but being small has appeal for craft distillers looking for specific barrel traits or innovative ways to distinguish their whiskeys. “Our size gives us the ability to customize more. We don’t make one standard one-size-fits-all product,” Korb says. “We have several sizes and with all the toast and char levels we can do, it’s easy for folks to create their own standard.”