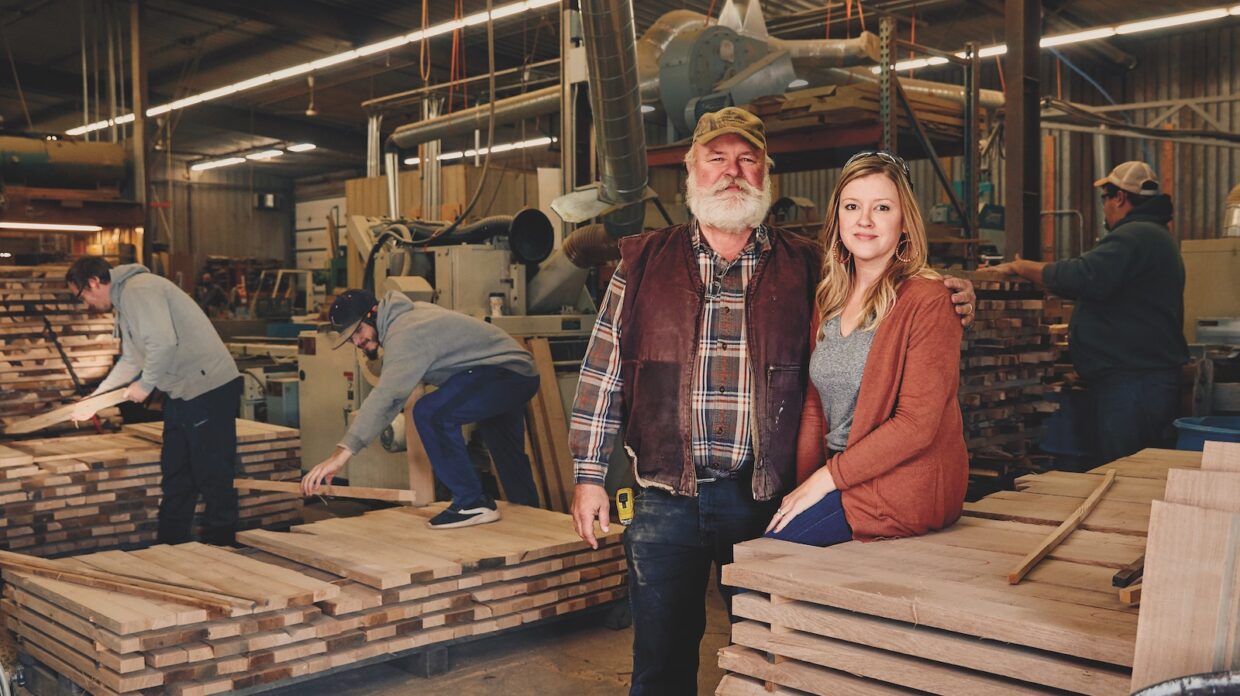 “Folks in the craft spirits industry are looking to make differentiated products,” says Dave Green, president and CEO of Skagit Valley Malting in Washington. “You can’t do that with commodity ingredients.” Green supports small-scale distillers, valuing flavor over yield, with locally grown grains like Obsidian, an exotic barley variety originally from Egypt, and Skagit white club wheat, introduced to the Pacific Northwest from Spain in the 1700s.

Green’s customers include forward-thinking whiskey makers like Westland and Copperworks, distillers who look upon every aspect of production, including ingredients, mashing, distilling, and aging, with fresh eyes. For them, each step represents an opportunity to distinguish themselves from the status quo, and these are some of the craftspeople that make it possible.

Heidi Korb can’t remember a time when she wasn’t listening to her dad talk about oak or watching him build barrels. The second-generation cooper co-owns Black Swan Cooperage, which she opened in 2009 under the tutelage of her father, Russ Karasch, a cooper of 30 years who continues to work with his daughter. Among his innovations is the patented Honey Comb stave. His Honey Comb Barrels and Honey Comb Barrel Alternative, a wood insert, are imprinted with a honeycomb pattern that increases the wood’s surface area, thus facilitating wood extraction and accelerating maturation. Even Black Swan’s standard barrel is impressed with a cross-groove for similar effect. Tattersall Distilling in Minneapolis, Wiggly Bridge Distillery in Maine, and Far North Spirits in Minnesota are distillers taking advantage of Karasch’s invention.

Few commercial architects are up for the challenge of taking a restaurant or other modestly sized space in a populated area and sticking a flammable-liquid factory inside. “That’s in a nutshell what a distillery is,” says Scott Moore, co-owner of Dalkita Architecture and Construction. Since they often exist in city centers, or are retrofitted into old buildings, craft distilleries present a unique set of challenges. Moore has designed several distilleries in spaces that are no larger than a New York City apartment, just 300 to 500 square feet. “Microdistilleries become more complicated than, say, Beam [Distillery],” he says.

Malting grains is a straightforward process, but when you need to malt a tremendous batch one day and a single sack of barley the next, it can become more complicated. The process for malting barley is quite simple: The grains are steeped in water until they begin to germinate, and are then dried with heat. Malting generally occurs on a massive industrial scale, contributing raw material for nearly all the beer and whisky that is consumed around the world. But when a craft distiller needs to malt a single 50-pound bag of barley, perhaps to a different roasting level, they call Skagit Valley Malting (SVM).

“Craft distilling is really new in this country and we were building one of the larger craft distilleries,” explains Christian Krogstad, founder of House Spirits Distillery, now the Westward Whiskey distillery, in Portland, Oregon. Krogstad selected Chris Parks of family-owned AAA Metal Fabrication to build his stills in 2015. “There are a number of people with experience building big distilleries and budgets for that in terms of having architects and hazmat people, but Chris went well beyond being just an equipment supplier. He helped us interpret all the codes and explain the code to the code officials.”

Rick Pedersen is a very patient man. Case in point: Horton rye, an extra-spicy heirloom rye that he cultivated from a small envelope of seeds from Cornell’s College of Agriculture and Life Sciences for a project with New York Distilling Co. in Brooklyn. Co-owners Allen Katz and Tom Potter approached Pedersen, seeking an heirloom rye with New York ties for their rye whiskey. From that first contact to mashing took seven years, as the few seeds they started with had to be planted, harvested, and repopulated over and over to obtain enough grain to mash and distill.