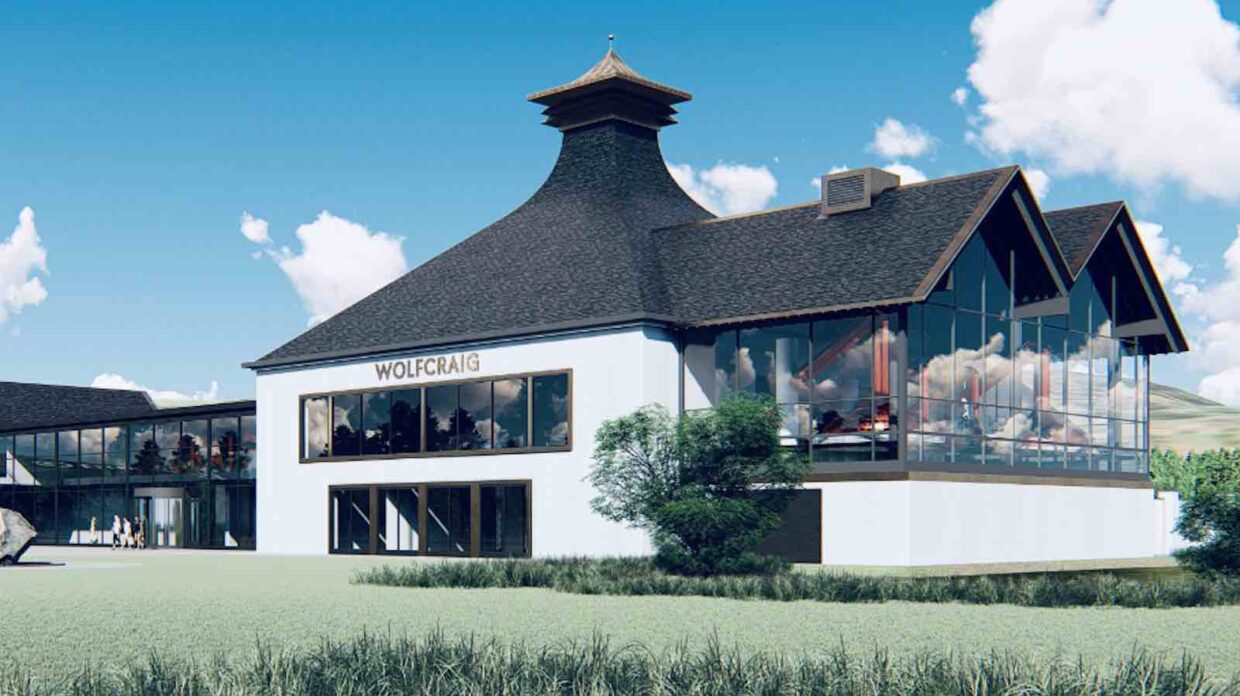 Wolfcraig Distillery (rendering pictured) will break ground near Stirling in the Scottish Highlands in 2021. Though it's not yet open, the distillery has already named whisky legend Richard Paterson as master blender.

For half a century, Richard Paterson has worked for a single scotch company, Whyte & Mackay, serving as master blender since 1975. He’s a legendary figure in the scotch world, called “The Nose” for his palate prowess, and celebrated for his showy presentation style, which often includes throwing the contents of a glass of whisky—even very expensive stuff—on the floor to ensure that the glass is clean. His larger-than-life personality has graced many a WhiskyFest, and he has almost singlehandedly made Dalmore—the jewel of Whyte & Mackay’s portfolio—one of the most collectible whiskies in the world.

Paterson shows no signs of stepping back from his place at the helm of Dalmore (Actual quote: “Retirement? That word is not in my vocabulary!”) but he’s also taking on a new role: master blender at Wolfcraig, an independent distillery set to begin construction next year. There, unlike at Whyte & Mackay where he has stewarded long-established whiskies for decades, Paterson will be starting from scratch. And that’s exactly the point.

“It was a new challenge and the opportunity to create a brand new Highland single malt scotch from its birth” that drew him to Wolfcraig, Paterson says, adding, “It’s too early to give a definitive overview of the whisky itself as it has not even been distilled yet. These things take time, but I can assure you that it will be something unique.” 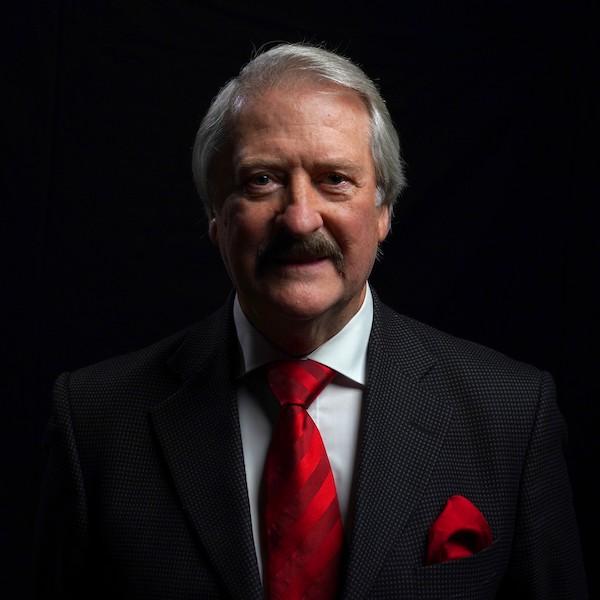 Richard Paterson will stay on as master blender of Dalmore while also overseeing the development of Wolfcraig’s single malt.

Set to break ground next year near Stirling in the heart of the Scottish Highlands, Wolfcraig Distillery is the brainchild of co-founders Michael Lunn and his son Jamie Lunn. Michael, who was CEO and chairman of Whyte & Mackay from 1978 to 1995, wanted to re-enter the business from the ground up. “The prospect of creating and developing a high-quality Highland single malt scotch brand is what enticed me back to the whisky industry, and the opportunity to establish and coordinate a strong multi-skilled team of brand developers who all share the same vision,” he says. “We had elements of that in my early days at Whyte & Mackay and it’s extremely exciting that I can once again recreate this alongside Richard.” Wolfcraig will have a production capacity of 1.5 million liters annually, putting it on par with the likes of Bruichladdich and GlenDronach.

While Paterson will be bringing his blending expertise to Wolfcraig, the company has also enlisted a master distiller, Ian MacMillan, with nearly as many decades of experience, to oversee the production end. MacMillan spent the bulk of his career at Burn Stewart Distillers, the group that encompasses Bunnahabhain, Tobermory, and Deanston distilleries, leaving in 2015 to oversee the rejuvenation of Bladnoch Distillery. Since 2019, MacMillan has been a free agent, working as a consultant to the whisky industry. Wolfcraig’s board of directors includes several other scotch industry veterans as well.

The company has plans to make Highland single malt as well as other, unspecified spirits. Blockchain technology will figure heavily into the process, tracking everything from the origin of the malt, type of yeast, mashing and distillation dates, and length of fermentation to the cask used and where it is matured. The idea is to provide eventual consumers with a traceable record of the whisky’s provenance. Other distilleries are starting to use blockchains to keep track of bottles—especially collectible or rare ones—but this is the first one extending the technology across the entire supply chain.

Although the process of setting up a new distillery can be challenging and lengthy, Lunn is excited about the possibilities engendered by Wolfcraig’s team, especially with Paterson on board. “It’s a very natural and easy partnership,” he says. “We know each other’s ways of working thanks to a strong brand development history that spans decades.”