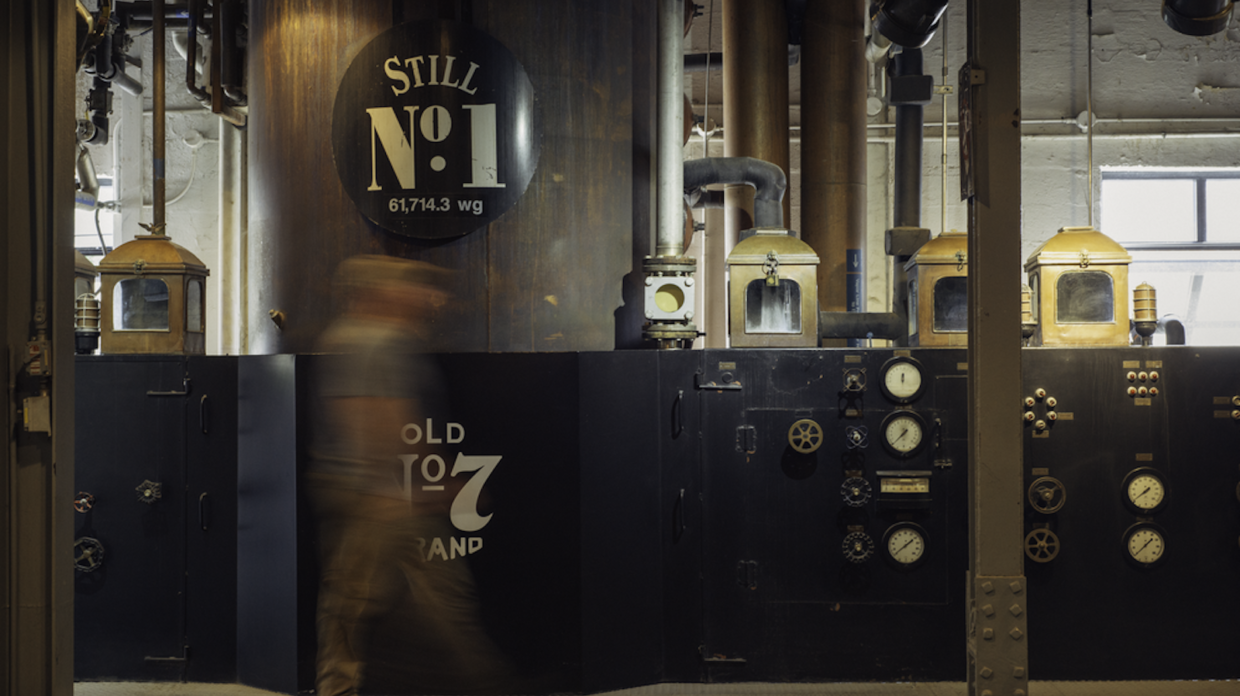 Jack Daniel Distillery has six column stills; the largest ones make 225 gallons of spirit a minute.

All types of distillation demand precision, and at large-scale distilleries it’s accomplished with the aid of computers, which monitor and execute the different parts of the process—though always with a distiller’s oversight. “With the computers, it’s not changing the process—it’s managing the process,” says Ian Logan, international brand ambassador at Glenlivet.

Pot still-made whisky, like single malt scotch, often relies on the still’s specific size and shape to create a certain spirit character, so these distilleries expand by cloning their original stills—sometimes many times over. Macallan opened a new distillery in 2018 with 15 more stills than before, increasing its capacity by 30% to 15 million liters of pure alcohol (lpa), but all of the stills mirror the originals: 12 wash stills at 12,750 liters and 24 spirit stills at 3,900 liters. Glenlivet and Glenfiddich, which routinely jockey with Macallan for bestselling single malt scotch, have each added several new sets of stills in recent years: Glenlivet now has 28 total, giving it a capacity of 21 million lpa, while Glenfiddich boasts a whopping 43 stills with an estimated 20 million lpa capacity.

With column stills, it’s easier to scale up: Just build a bigger still. Diameter is the measurement that matters most; the wider it is, the more liquid it can accommodate and the more alcohol it can generate. Jack Daniel, the largest whiskey distillery in the U.S., has four 54-inch diameter stills that run 90 gallons a minute, but its two 76-inch stills (40% larger in size) increase that amount by 150%, running 225 gallons a minute.

But even pot stills scale. Midleton Distillery once had a pot still clocking in at 143,872 liters, though it has since been retired. Nevertheless, the facility continues to boast the world’s largest pot stills, with 10 at 80,000 liters each.

Ready for the Next Step? It’s Maturation Time