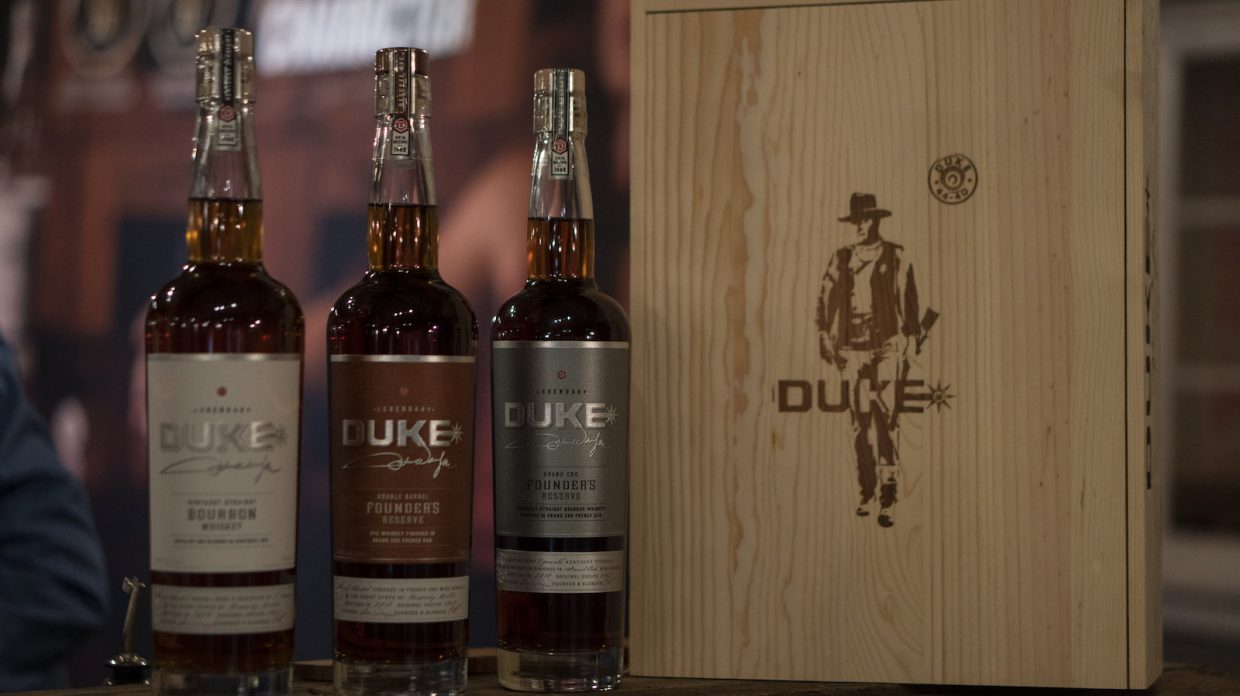 Duke Spirits will open a tasting room and John Wayne-focused visitor experience at O.Z. Tyler Distillery in Owensboro, Kentucky, in the spring of 2020. The distillery is currently filling barrels for Duke's lineup of bourbon and rye.

The Kentucky Bourbon Trail is in for some old Hollywood flair, as Duke Spirits and Owensboro, Kentucky’s O.Z. Tyler Distillery will open the Duke Tasting Room and John Wayne Experience in April 2020. Owensboro is a bit far from the majority of the bourbon trail—more than a two-hour drive from Louisville and Lexington—but the new visitor experience could be worth the trek for fans of The Duke—both the bourbon and the man who famously went by that name, legendary actor John Wayne.

Duke Spirits was founded by Ethan Wayne, John Wayne’s youngest son, and Chris Radomski. According to Radomski, upon sorting through vaults of his late father’s belongings, Wayne discovered an impressive liquor collection, including bourbon. He also found several bottles of unlabeled whisky, which were apparently John Wayne’s own experiments and attempts at blending bourbon. Radomski and a team of winemakers and mixologists analyzed the flavor profile of one of these experiments that was marked “1962,” and that served as the inspiration for Duke Kentucky Straight bourbon. Duke Spirits also offers two other expressions: Grand Cru Kentucky Reserve bourbon and Grand Cru Double Barrel rye. 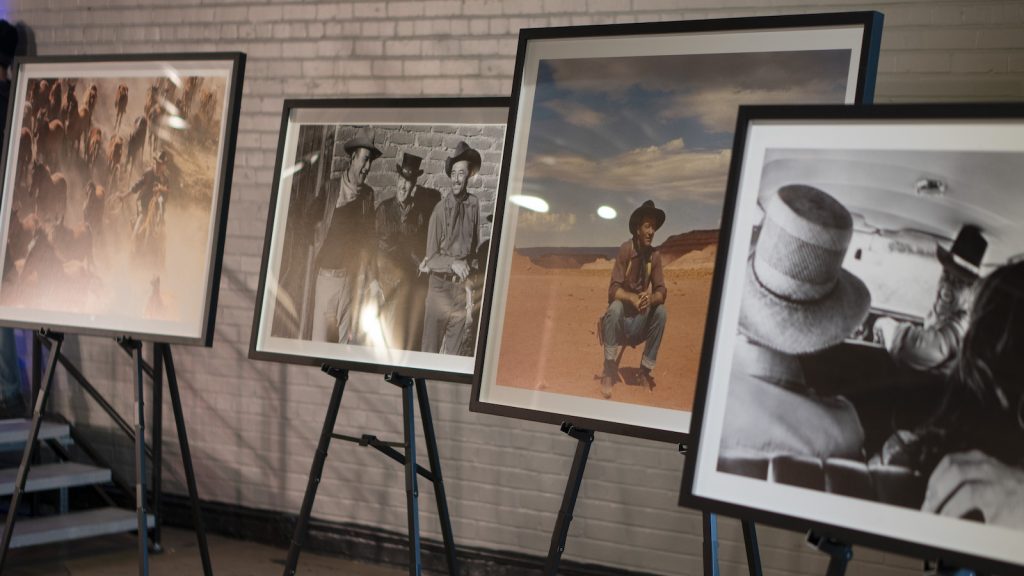 John Wayne memorabilia, including photos from his many Westerns and other films, will be part of the visitor experience.

Though the Duke Spirits website states that Duke Kentucky Straight bourbon was “distilled and bottled in Owensboro, KY at O.Z. Tyler Distillery,” that is not true of the liquid currently in the bottle, which is 5 years old, as O.Z. Tyler Distillery opened in 2016. All the whiskey currently being sold under the Duke brand was sourced from undisclosed distilleries, but Radomski confirms that “all the new fill is being done in O.Z. Tyler” and will eventually be blended with the sourced liquid once it reaches the desired age and flavor profile.

Beyond the bourbon, the John Wayne Experience will offer something out-of-the-ordinary for the average distillery visitor center, featuring a variety of memorabilia from Wayne’s life, including photos, artwork, correspondence with world leaders, and costumes. The Duke Tasting Room will have a bar stocked with all Duke Spirits expressions and offer specialty cocktails. Visitors will also be able to tour O.Z. Tyler Distillery, which will continue to operate a separate tasting room featuring its own whiskeys. And while it will cost to purchase a cocktail or a bottle of whiskey at the distillery, Radomski stresses that admission into the John Wayne Experience will be free.

“Kentucky is the birthplace of bourbon, so what we’re looking to do is to create a great American experience and bourbon experience,” Radomski says, noting that though several visitor centers already draw crowds along the Kentucky Bourbon Trail, “adding the historical components of The Duke will set it apart and make it a little bit different—a reason for people to come.”