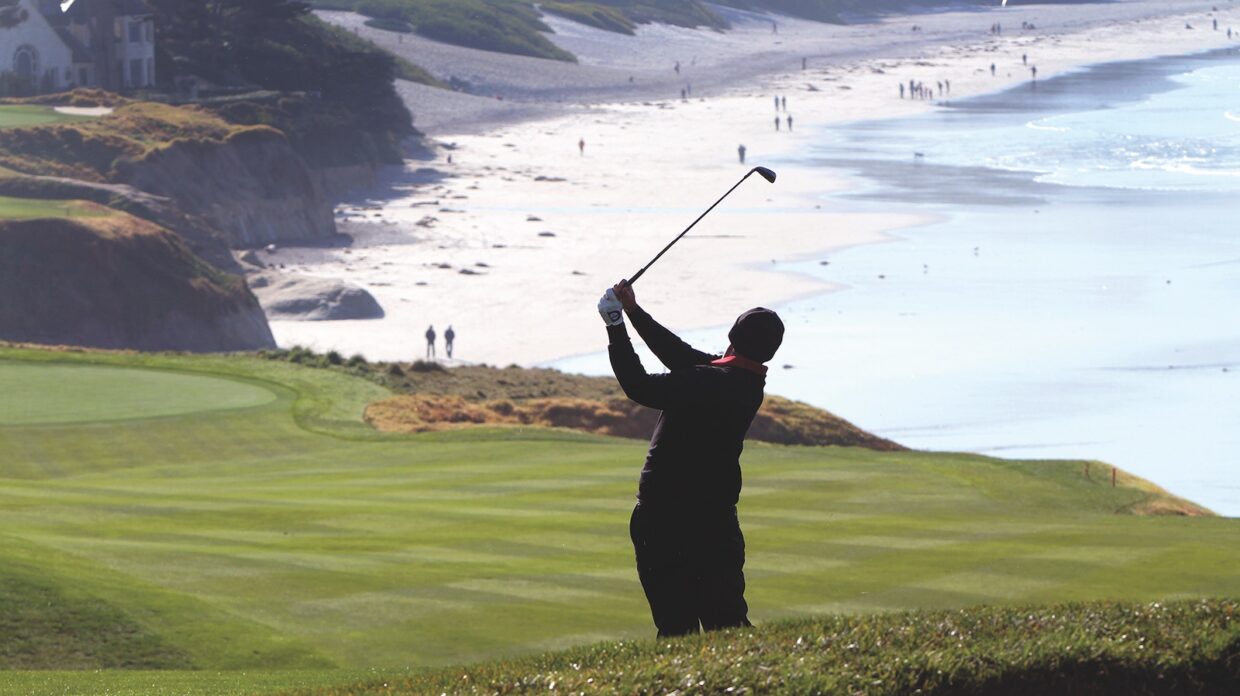 After a round at Pebble Beach, grab a Hakushu, Macallan, or Knob Creek at the golf course's Tap Room. (Photo by Randy Tunnell)

A bucket-list round of golf deserves an equally exceptional post-round pour. Yet, when it comes to whisky collections, America’s most exemplary golf resorts are not all created equal. Here’s a look at five esteemed golf clubs and resorts with exceptional whisky lists.

The Winery Bar at The American Club Resort—Kohler, Wis.

The Winery Bar doesn’t specialize in what its name suggests. Yes, you can order more than two dozen wines by the glass, and The Immigrant Restaurant, recipient of Wine Spectator’s Best of Award of Excellence, which is adjacent to the bar, offers an extensive wine list by the bottle. But when you’re seated in one of the 10 chairs at the bar, the headliner is whisky—with a collection of nearly 300.

“It’s such an exciting time to be a whisky drinker,” says managing bartender Peter Kalleward, who points specifically to a number of unique scotch offerings on the menu, among them selections from independent bottler That Boutique-y Whisky Company and some limited releases from Gordon & MacPhail, including a 21 year old single malt from Old Pulteney. In fact, scotch enthusiasts will revel in the opportunity to sip their way through expansive vertical tastings of Glenfiddich (12 bottles), Balvenie (16 bottles), and Macallan (17 bottles). Just know that some of those offerings—like Macallan 1985, two Glenfiddich 1975 Vintage Casks, and Balvenie 1973 David Stewart Collection—carry four-figure price tags per pour.

But you don’t need to drop serious coin at the bar to come away with an amazing experience. Kalleward loves talking whisky, whether discussing unheralded gems from Campbeltown or lesser-known Highland expressions that often redefine a patron’s perception of single malt scotch. “I like exposing people to these whiskies that they’ve never heard of,” he says. “It’s an awakening that’s incredible to watch.” 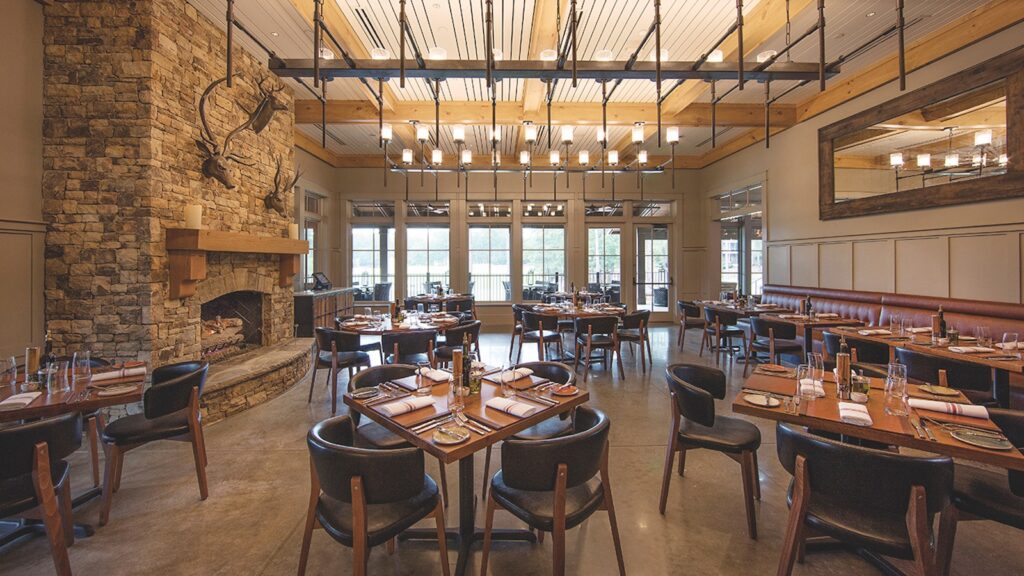 At first glance, the Bourbon Reserves list at The National Tavern will make you think you’ve passed through a time warp. It’s a collection of desirable and elusive American whiskeys—a list that includes E.H. Taylor 18 year old Marriage, Blanton’s Gold, Elmer T. Lee 100th Anniversary, a full vertical selection of Pappy Van Winkle, and plenty more. Needless to say, bourbon enthusiasts are likely to be shocked to see so many rare whiskeys available at one bar.

Yes, the menu clearly states that the 34 whiskeys are limited, meaning some of those offerings won’t last long. Even so, patrons are certain to find something that will quicken their pulse, especially given the tavern’s prices. Generous three-ounce pours of Abraham Bowman 16 year old, William Larue Weller, and Pappy Van Winkle’s Family Reserve 20 year old cost $25, $35, and $65, respectively. Even Pappy Van Winkle’s Family Reserve 23 year old will set you back only $100 for a pour.

“I always price products based on what I pay for them and not the secondary market,” says Oliver Wilcher, Reynolds Lake Oconee’s director of restaurant services. “We all have bucket lists in our lives, and for some people, getting to taste some of these hard-to-get allocated whiskeys is one of them. At the end of the day, it’s about the experience, and those are the good memories we want to build as much as possible.” The tavern is also a Wine Spectator Award of Excellence recipient.

The Oak Room at The Lodge and The River Bar at The Cloister at Sea Island Resort—Sea Island, Ga.

There are two primary resort hotels at Sea Island, The Cloister and The Lodge, and both offer exceptional whiskies. The Lodge’s Oak Room’s menu is more extensive, with 137 bottles, including Old Forester 150th Anniversary and Glenmorangie Grand Vintage 1997. The River Bar at The Cloister offers 89 bottles, but a handful of standout expressions, like Ardmore 30 year old, Glenfiddich 1978 Rare Collection, and Macallan Fine & Rare 1952, make it a top-notch spot for a dram.

When asked to single out a few significant bottles across the resort, lead bartender Nic Wallace points to three vintages of Macallan Fine & Rare—1950, 1952, and 1990. “These are snapshots in history,” he says. 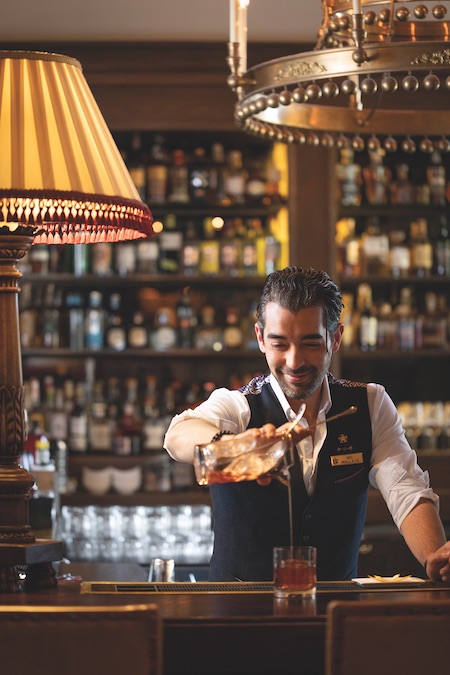 Whether you’re selecting a tipple at The River Bar or in the Oak Room, make sure you ask if any off-menu bottles are available. “The minute we put some of these things on the menu they’re gone within a week,” Wallace says, alluding to Pappy Van Winkle and the Buffalo Trace Antique Collection. “Some of these bottles don’t make the list just so that we can ensure that they can stick around for a few months.”

There’s more than meets the eye at Pebble Beach when patrons glance at The Tap Room’s spirits menu. Sure, indulgent pours like Hakushu 18 year old and Bomberger’s Declaration (from Michter’s Legacy Series) jump off the page, but the more allocated whiskeys—yes, we’re talking about you, Pappy—are sometimes available, too. This also applies to whiskeys that are released throughout the year in limited capacity, such as Blanton’s, so be sure to inquire.

“When we get allocated items, especially if it’s a one-bottle allocation, it tends to not last very long once word gets out,” says Wendy Heilmann, the resort’s director of wine and spirits. “Some are so extremely popular that we go through an entire bottle in one evening.”

On the scotch whisky front, the resort recently received allocations of the latest Harmony Collection release from Macallan—Rich Cacao—and it plans to create a specialized truffle pairing to further elevate the experience. Yet, according to Heilmann, some of the most popular bottles at the bar are private barrel selections of Knob Creek and Maker’s Mark, both of which are utilized to create specialty cocktails that often serve as the exclamation points following a bucket-list round of golf. “You get a one-of-a-kind golf experience,” she says, “and a one-of-a-kind Manhattan in The Tap Room afterward.”

Following a unique round at the Wynn Golf Club—the 6,722-yard course is discreetly tucked behind the Wynn and Encore towers right along The Strip—golfers can find equally enthralling whiskey options, provided they know where to look. Those who are seeking a noteworthy selection of bourbons and ryes should venture to the Tower Suite Bar, just a short walk from the pro shop.

The bar’s private collection is comprised of more than five dozen exemplary bottles, most of which are celebrated American expressions that can accommodate a wide range of budgets. Pours of Elmer T. Lee, E.H. Taylor Small Batch, High West A Midwinter Night’s Dram, and Old Fitzgerald 15 year old, among others, can be had for less than $60. Rarer whiskeys are also available for those willing to pony up. Two ounces of Michter’s 20 year old bourbon, for example, will set you back $295; while the same size pour of O.F.C. 1995 comes with a $650 price tag.

According to Wynn Las Vegas’s resident mixologist Mariena Mercer Boarini, the bar rarely exhausts its reserves. Such is the advantage of being a luxury resort in Las Vegas, though the bar’s tucked-away location also helps to explain how those bottles of sought-after whiskey stick around. “The Tower Suite Bar is definitely a hidden gem here at the resort,” she says. “It was designed to be an adventure-seeker’s bar for its whiskey program.”

Hit the Links in the World’s Greatest Whisky Cities 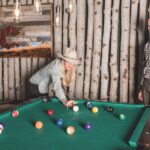 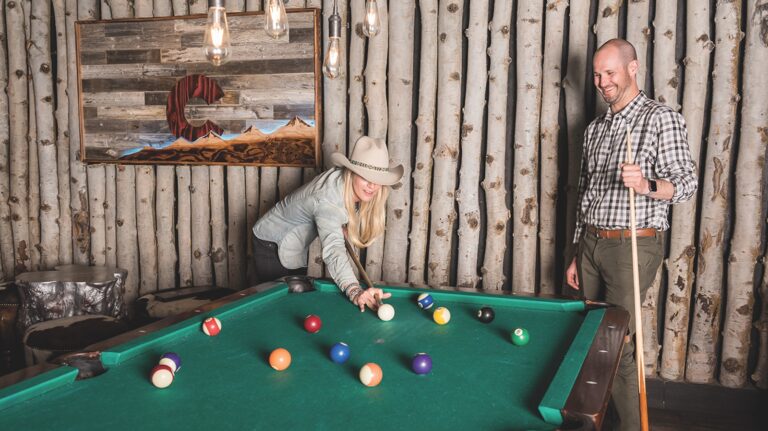 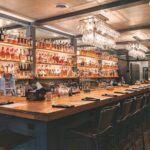 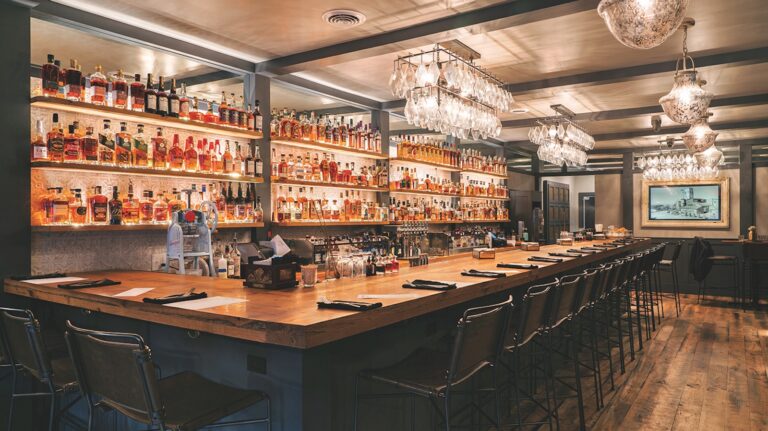