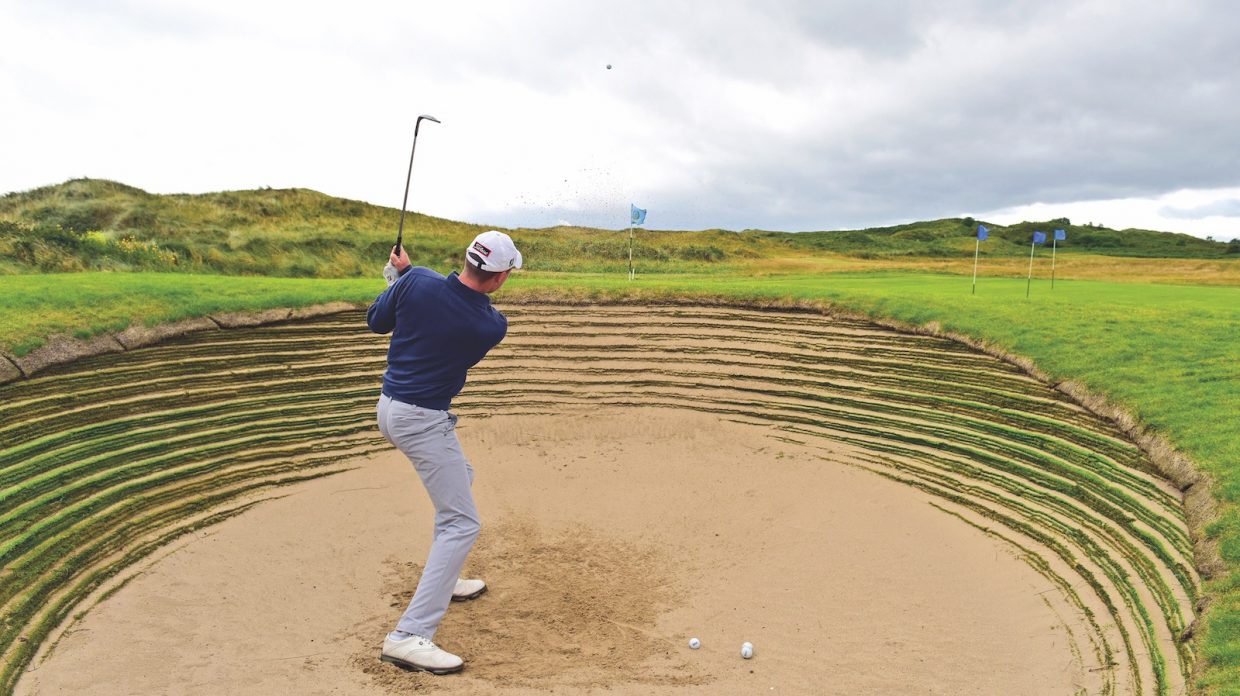 The Island Golf Club is one of three primary courses to visit when in Dublin. (Photo by Steve Carr)

In the lore of Scottish golf, whisky has been linked to the links for time immemorial. We take it as gospel that the first verifiable reference to the game was in Scotland in 1457. The first reference to Scotch whisky was dated to 1494. Is it more than coincidence that golf and whisky have aged beautifully together ever since?

A golf course, like fine whisky, takes time to develop its nuances. For centuries, a nip of whisky has soothed the soul of many golfers before, during, and after a round, or downing a “hot whisky” helps to brace against the rigors of cold, wind, and rain.

Golf and whisky; well, they have been one great twosome.

For those golfers who are whisky aficionados (and there are many), a trip to the greater Edinburgh area borders on nirvana. Along with some of the world’s great whisky tours there is also the ability to play some of the finest and most historic golf courses on Earth.

In the immediate Edinburgh area there are two courses that are must-plays: The Honourable Company of Edinburgh Golfers, known familiarly as Muirfield, and the North Berwick Golf Club. And just over hour away is the birthplace of golf, St Andrews, the ultimate destination for those who love the game.

Muirfield is often ranked among the top ten courses in the world and has hosted the British Open sixteen times. The club was founded in 1744, and in 1891 moved to its present location overlooking the Firth of Forth in the East Lothian area. The course is a classic links with washboard fairways, menacing pot bunkers, and challenging greens.

Not too far away is North Berwick Golf Club, another exemplary links that is not quite as strong a test as Muirfield and friendlier to players with higher handicaps. The 13th hole is one of the game’s classics, a quirky, short par 4 with the green on the far side of a rock wall. There is a lovely view to the island of Fidra, which is said to be the inspiration for Robert Louis Stevenson’s “Treasure Island.” The 15th, known as Redan, has been called the original par-3 hole of this nature and copied many times around the world.

For a true golf pilgrimage, a visit to St Andrews and the Old Course is a must. This is where golf is believed to have begun as an organized game, and the Old Course is revered worldwide. Its slew of double greens is fascinating and its tumbling topography belies what at first appears to be its flatness. The Old Course Hotel, along the 17th fairway, stocks about 275 whiskies and offers custom tastings.

While visitors can play all three courses, Muirfield and the Old Course are difficult to schedule, so it is best to go through a well-connected tour operator. PerryGolf of Atlanta is recommended.

For the links golf enthusiast, the courses of the Dublin area provide an Irish welcome and seminal experiences. Portmarnock Golf Club, Royal Dublin Golf Club, and The Island Golf Club are courses dripping with the history of the game on the Emerald Isle.

Portmarnock occupies a sandy peninsula overlooking the Irish Sea, a pleasant jaunt to the north from the city center. Many of the greats of Irish and world golf have played this most natural of courses, and all have waxed eloquently of its challenge and its charm. The great golf writer Bernard Darwin called the final five holes the best finish in golf. The par-3 15th hole is special, running right up against the barrier dunes of the Irish Sea. And delightfully, there are a variety of palm trees lining the right side. This is one of the very best par-3 holes in the world.

The Royal Dublin Golf Club sits on Bull Island along Dublin Bay, with deceptively rolling fairways almost a mirage on the flat landscape. The late, great Christie O’Connor was the club professional for 57 years and was instrumental in putting Irish golf on the world map. Architect Martin Hawtree undertook an extensive renovation of the course in 2006, raised all 18 greens, and built new holes from No. 6 through No. 8. It’s a very fair test.

The Island Golf Club isn’t on an island, but it is surrounded on three sides by water and provides stunning views and interesting golf. The terrain is among the most rugged of links courses in the Dublin area, its overall landscape defined by “hummocks,” those dastardly little mounds that tend to throw a ball in exactly the opposite direction from a player’s intent. The course will host the Royal & Ancient’s Amateur Championship this year.

Visitor play can be arranged at all three courses through their websites, but a golf tour operator can make things easier. Dublin-based Carr Golf is recommended.

Louisville isn’t exactly known for golf, but it does have a decent lineup of public courses with easy access. One of the best is the Charlie Vettiner Golf Course, a lovely parkland layout with rolling hills and a creek that menaces several holes. The Seneca Golf Course is another parkland layout and a pretty stout test from the back tees.

Due east of downtown Louisville is the Valhalla Golf Club, a private course designed by Jack Nicklaus that has been host to PGA Championships and a Ryder Cup. The course is owned by the PGA of America, so if you know a PGA pro, they may be able to secure a tee time for you or book through Louisville Parks and Recreation.

Playing golf in Japan takes some doing; many of the courses are private, but the country provides some special golf experiences. One of Japan’s oldest and most historic courses is the Osaka Golf Club, opened in 1938 on a lovely promontory overlooking Osaka Bay. It survived military occupation in World War II and became an 18-hole tract in 1953. It’s a challenging 6,700 yards over rolling terrain, and very well bunkered.

The Osaka Public Golf Course is open to all players. The Ibaraki Country Club may grant access to non-members, but may be difficult to achieve in the case of a language barrier. Use a Japanese tour operator to overcome the language difficulties, ease the access process, and put together accommodation packages and whisky tours. Esprit Golf is recommended.