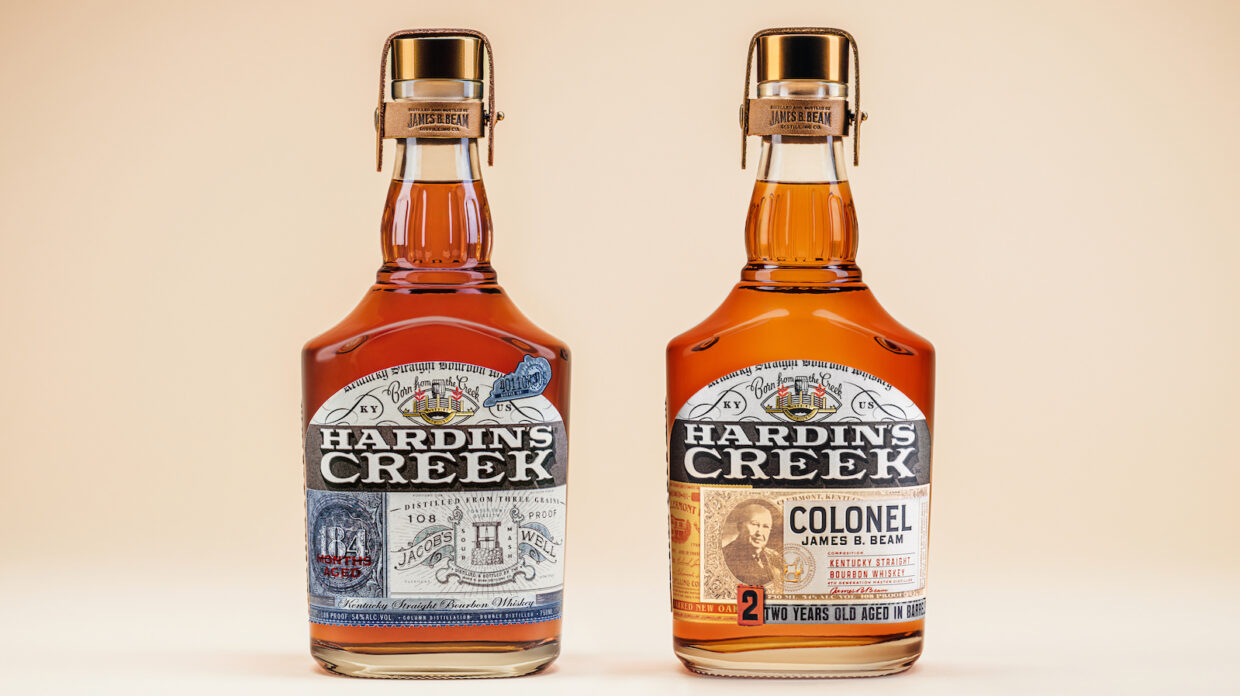 Plenty of whisky brands choose certain causes to support or celebrate, and Evan Williams is no different: Ahead of Memorial Day Weekend, the brand has announced its latest class of American-Made Heroes to be featured on limited edition bottles. Six men and women are in this year’s class of Heroes. Originally launched in 2015, the program has recognized 48 veterans on its American Hero bottles and donated $450,000 to veteran-focused non-profits across the country.

Elsewhere, there are all sorts of new whiskies to try. At the Fred B. Noe Distillery, a series of experimental whiskeys called Hardin’s Creek has debuted; Australia’s Starward has launched a new single malt matured in shiraz casks; and Yamazaki has a slew of new non-age statement whiskies. Read on for full details. 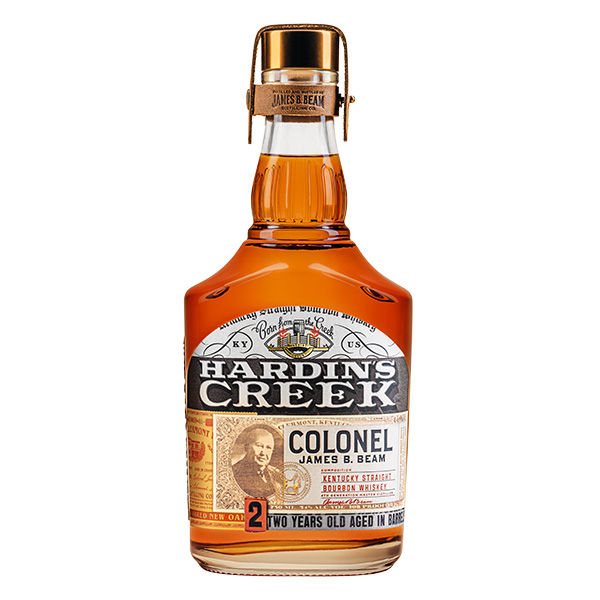 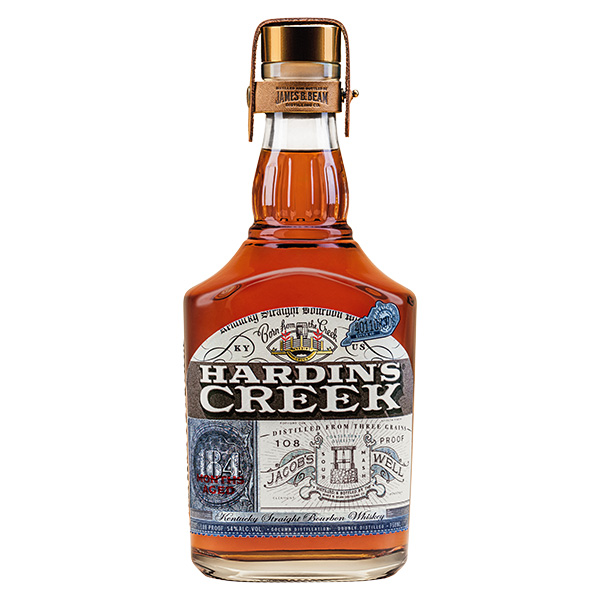 Hardin’s Creek is a new, ongoing series of limited releases that pay homage to the Beam family legacy. Each whiskey in the series will feature unique liquids that showcase a specific aspect of the production process—such as age, blending, mashbills, distillation, barrels, and rackhouse location. All releases will be one-and-done limited editions. The series kicks off with these two expressions:

On May 12, Freddie Noe was officially named master distiller of the Fred B. Noe Distillery, an experimental distillery named for Freddie’s dad. Fred and Freddie thus become the first two family members to share the master distiller title in Beam family history. The Hardin’s Creek series will give Freddie an outlet for his creations at the new distillery. To procure these first two releases in the series, beginning today (May 20) prospective buyers can sign up on ReserveBar to receive an email reminder to pre-order bottles on May 31, 2022. 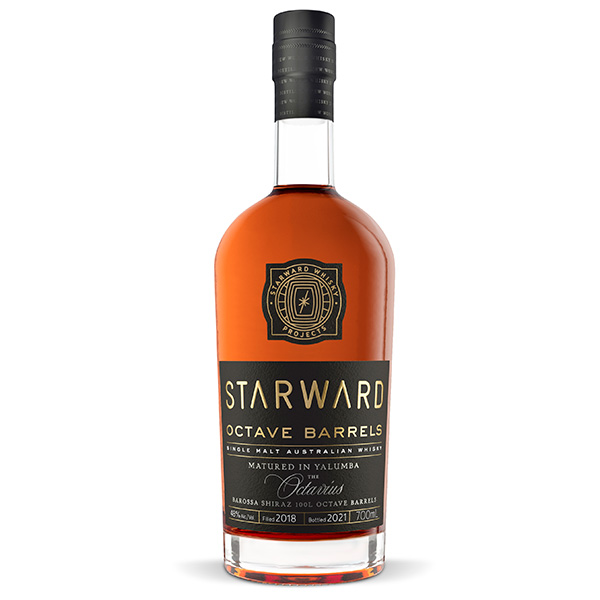 Octave Barrels was matured in 100-liter barrels—roughly 26.5 gallon and otherwise known as “octave-sized”—that previously held The Octavius, a shiraz wine from Australia’s Yalumma winery. It’s the only red wine in the world to be aged in these specialty barrels. The whisky is the first release from the Starward Projects series to hit the U.S. and the world’s first single-estate Australian whisky in that it uses barrels exclusively from one winery used to age one grape varietal.

Starward favors red wine barrel aging, tapping Australia’s many vineyards for barrels that give its whiskies a sense of place. Working within that framework, they have teamed up with Yalumba, Australia’s oldest family-owned winery, for this limited edition. While Australia may be a relatively small player in the world whisky space Starward is establishing itself on the global single malt stage. We previously scored Starward Two-Fold Red Wine Barrel-Finished Double Grain Blended whisky 90 points in the winter of 2019. 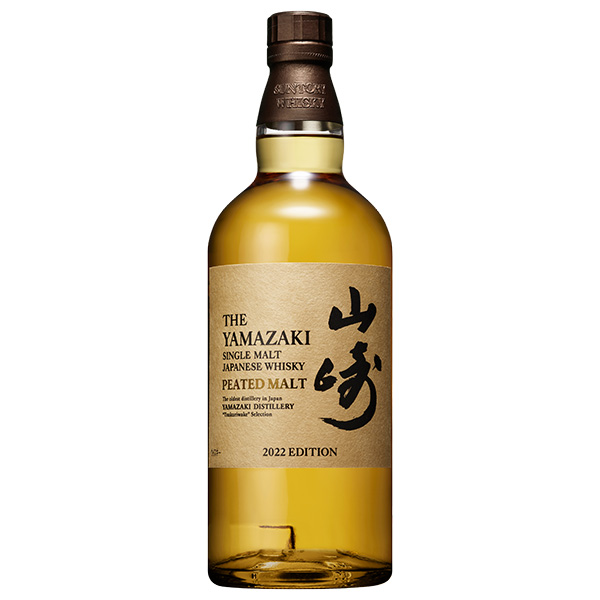 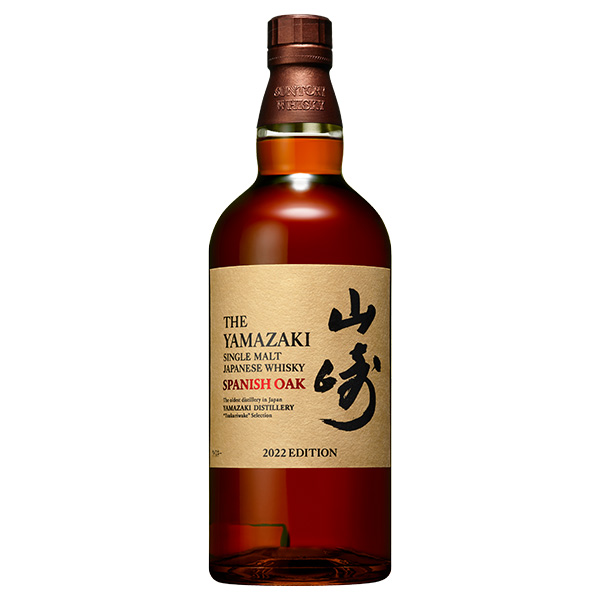 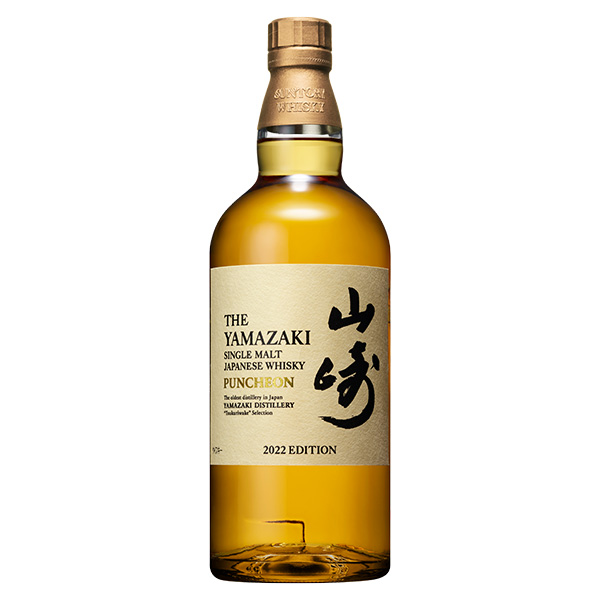 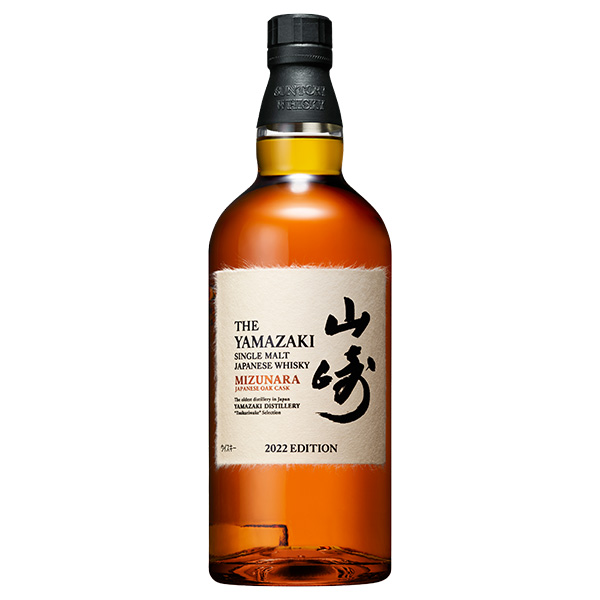 This new quartet of non-age statement whiskies represent the four foundational elements of Yamazaki single malt whisky. The Yamazaki Puncheon is made of American oak and represents the heart of the whisky, while the Peated Malt is used in small quantities to add complexity. The Spanish oak cask adds depth, while the Yamazaki Mizunara offers rich, spicy signature notes and incense-like flavors.

Tsukuriwake means “diversity in the making,” reflecting the versatility of whisky flavors that can be created at Yamazaki Distillery, which marks its centenary in 2023. While this set of whiskies will prove to be popular with collectors, it also offers the means to study the component whisky styles used by Shijo Fukuyo, Suntory’s chief blender, to create Yamazaki single malt. This set was initially released in Japan in 2020, but it’s now receiving a select global release in the U.S., Europe, and Asia. 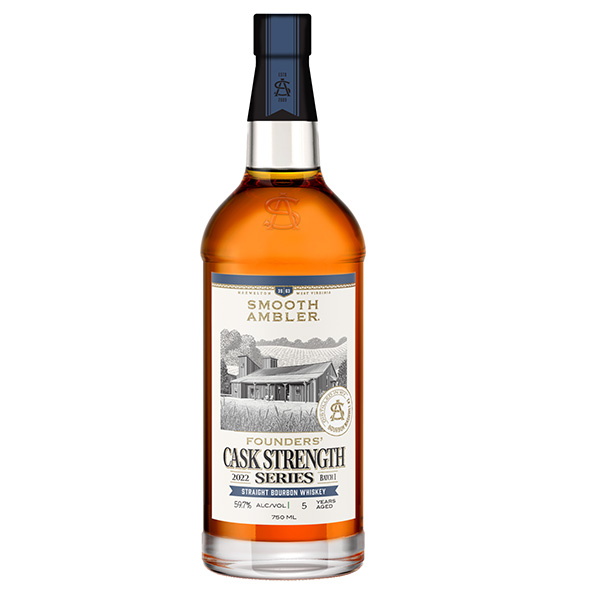 The second in Smooth Ambler’s Founders Cask Strength Series, this whiskey was made from a mashbill of 71% corn, 21% rye and 8% malted barley and aged for 5 years in char no. 4 casks. While Smooth Ambler has always been open about its practice of sourcing and blending, this whiskey was entirely distilled and matured in West Virginia.

Smooth Ambler takes a multi-faceted approach to whiskey making, distilling in West Virginia while continuing to source from elsewhere in the country. Like other distillers who relied on sourcing early on, it blends its own make with these purchased barrels, creating new expressions in the process. Nonetheless, there is a premium placed on whiskeys wholly created in one place, and Founder’s Cask Strength Series is exactly that for Smooth Ambler, which previously released a cask strength straight rye made from 88% rye and 12% malted barley. 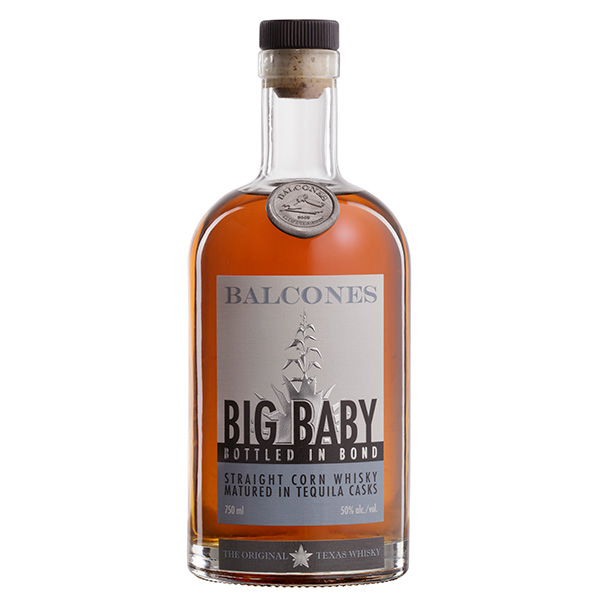 The first bottled in bond whiskey from Balcones, Big Baby was aged for five years in tequila barrels. Like the distillery’s other corn whiskeys Baby Blue, Brimstone, True Blue Cask Strength, and True Blue 100, it is made from roasted blue corn that’s been milled, mashed, fermented, distilled, and matured in Waco, Texas.

Balcones makes its foray into bottled in bond with an inventive approach. The use of a used cask means this can’t be considered bourbon, but any whiskey type can carry the bottled in bond designation. As for the use of tequila casks, we’ve seen tequila-finished whiskies sprouting up more often, but we’ll be curious to see what flavors are imparted as a result of five years in these barrels. 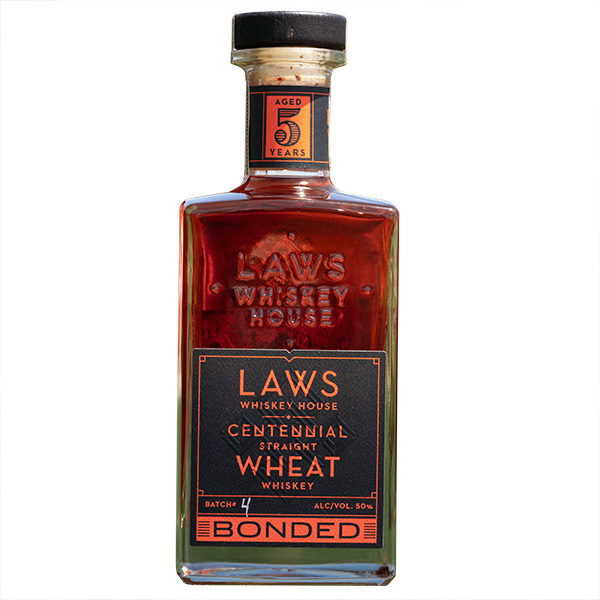 A marriage of 22 barrels, this whiskey was aged for an average of 5 years and 5 months. The mashbill is 100% soft white centennial wheat, with 50% of it raw and 50% of it malted.

Sure, there are plenty of bottled in bond bourbons, but a bottled in bond 100% wheat whiskey is a bit more off the-beaten-path. This is the fourth batch of Centennial wheat, and just a bit younger than last year’s release, which was aged for 5 years and 8 months. 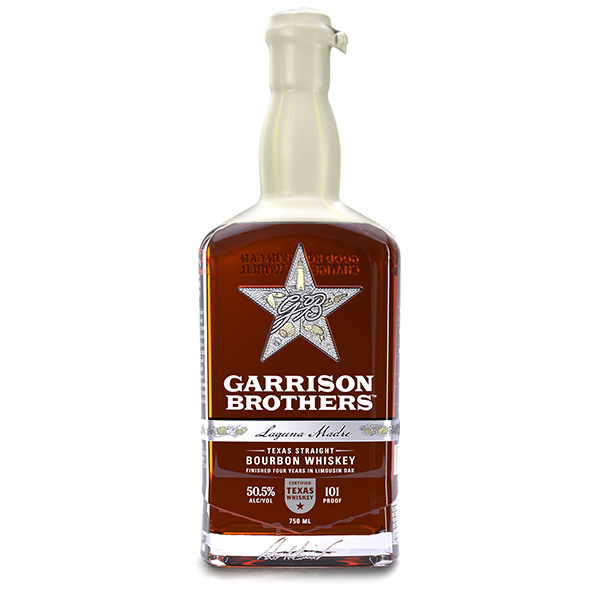 The latest iteration of Garrison Brother’s Laguna Madre aged 4 years in American oak and then finished for an additional four 4 in Limousin oak casks. 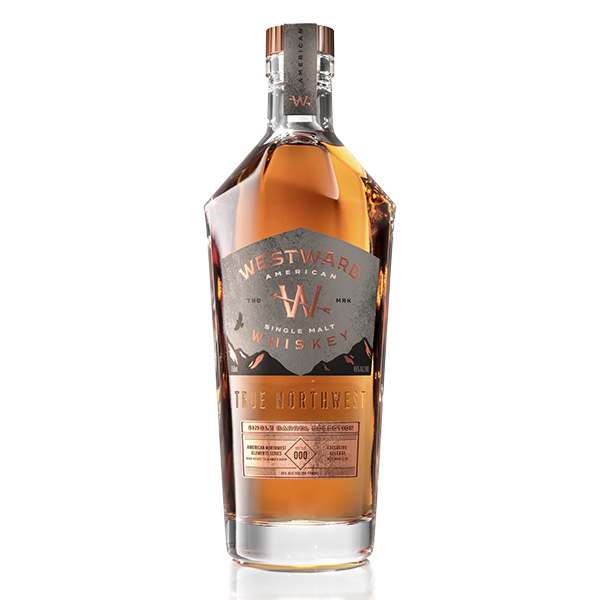 This single malt is made from Full Pint, a varietal of two-row spring barley developed at Oregon State University that’s now grown all around Klamath County, as well as barley grown and malted in Madras, the central Oregon high desert. The whiskey was aged in Garryana oak—the species native to Oregon that produces flavors much darker than American oak.

High Desert to Klamath Basin is the first release in Westward’s forthcoming Elements series, which will explore Oregon’s natural resources. This release is currently exclusive to Westward whiskey club members; the Expedition Club, which sends out four releases a year, is $100 to join, while the Founders Club—which ships 12 bottles a year—is $300. 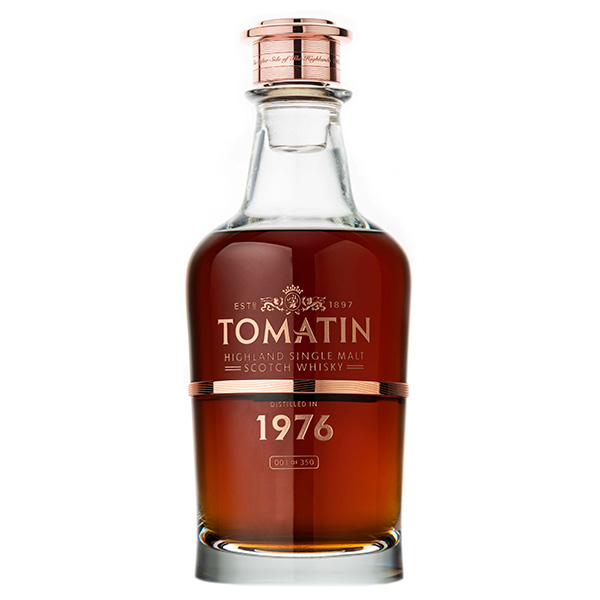 Distilled in December 1976 and bottled in April of this year, this is the sixth and final release in Tomatin’s Warehouse 6 Collection. The whisky spent its entire maturation in two oak hogsheads–cask numbers 32 and 33–that were then blended. Each of the 350 whiskies are packaged in a Glencairn crystal decanter and come with a set of glasses and a solid copper stopper.

Tomatin is a Highland distillery that offers single malts aged in a variety of casks. Its core and limited release whiskies are unpeated but dedicates one week per year to producing Cù Bòcan, a lightly peated expression. The previous releases in the collection include whiskies distilled in 1971, 1972, 1975, 1977, and 1978. The Warehouse 6 Collection is a tribute to Tomatin’s employees, the creators and guardians of its whiskies since its founding in 1897. 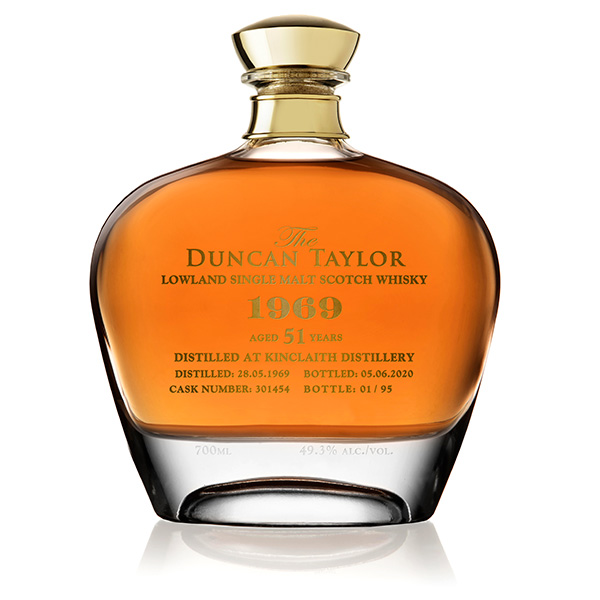 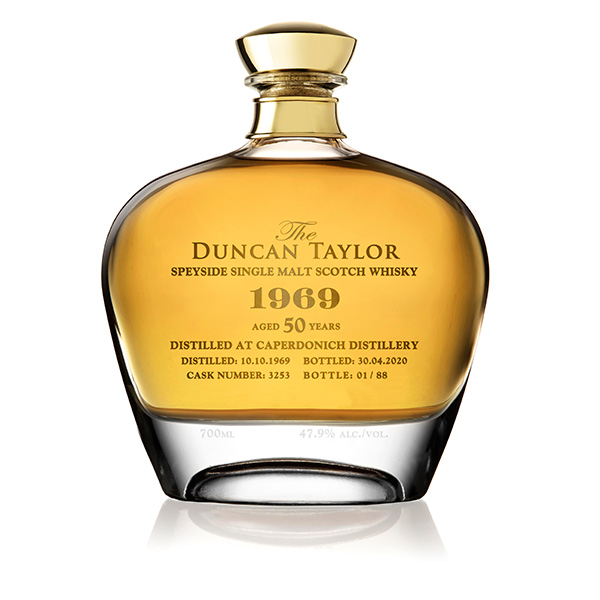 Independent bottler Duncan Taylor Scotch Whisky Ltd. has released these whiskies from two of Scotland’s lesser-known closed distilleries: Kinclaith, a Lowland single malt producer that operated inside the Strathclyde grain distillery from 1957–1975, and Caperdonich, a Speyside distillery founded in 1898 next to Glen Grant Distillery in Rothes. Caperdonich closed in 2002 and was subsequently demolished in 2011.

Duncan Taylor has an enviable inventory and a strong track record of releasing scotch from closed distilleries. Kinclaith is an exceptionally rare single malt, as owner Long John International used most of the stock in its blends. Independent bottlers such as Signatory, Cadenhead’s, Gordon & MacPhail, and Duncan Taylor, have kept the memory (and taste) of this rare single malt alive. Duncan Taylor has previously released Kinclaith 1969 at 35 and 36 years of age, making this one the oldest release by far, and the first Kinclaith to carry a five-figure price tag. At auction, the highest hammer prices for past Kinclaith bottlings have reached only a quarter of the price of this 51 year old, so this does have the potential to set some new distillery records.

As a 21st century distillery closure, Caperdonich releases are more findable, with official bottlings from Chivas Brothers sitting alongside a wide array of independent bottlings. This new release represents the oldest ever bottling of Caperdonich. In the pretty Speyside village of Rothes, only Glen Grant has been bottled at an older age.

Before entering the ballot, potential buyers should read and understand the ballot terms and conditions.